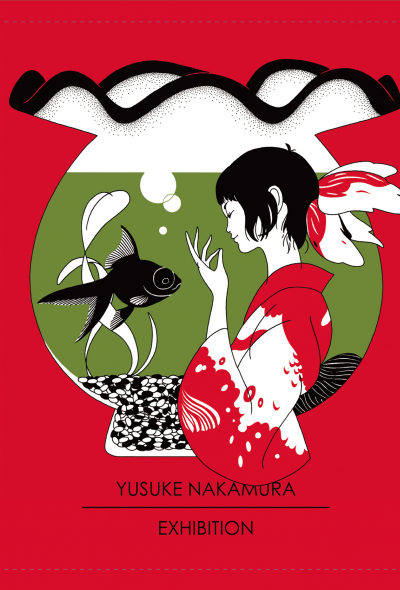 Outside of Japan, Yusuke Nakamura is perhaps best known for his work designing the album art for Japanese rock band Asian Kung-Fu Generation, giving the band's CD jackets a consistent look thanks to the artist's iconic style. But Nakamura doesn't just do CD covers―after designing the cover art for the Japanese novel The Night Is Short, Walk on Girl, he went on to play a major role when the novel was turned into an animated film―and now you can see a wide variety of his illustrations in one place. Head to Gallery AaMo at Tokyo Dome City to see illustrations old and new, and even receive a free mask case featuring a Yusuke Nakamura of the amabie!