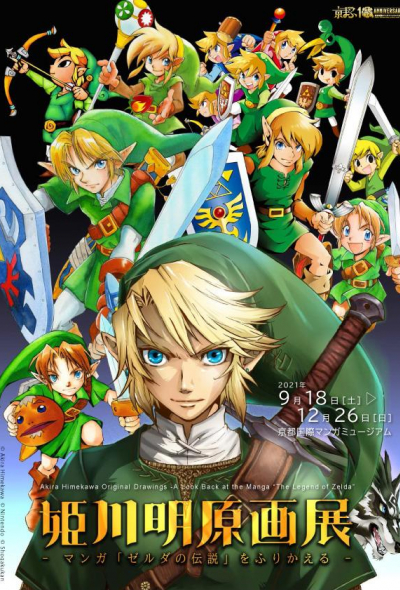 Legendary artist duo Akira Himekawa began work on the Legend of Zelda manga serialization in summer 1999, when Ocarina of Time hit the shelves, and their work illustrating the world of this beloved game series has brought new depth and new stories to Link's adventures over the years and the volumes. This exhibition at the Kyoto International Manga Museum, a repository for decades of Japanese manga new and old, features over 200 original pieces from Akira Himekawa's Legend of Zelda manga, including comic panels and full-color illustrations, that are a must-see for Zelda fans and manga addicts. Don't forget to pick up some limited edition merchandise while you're there, too!