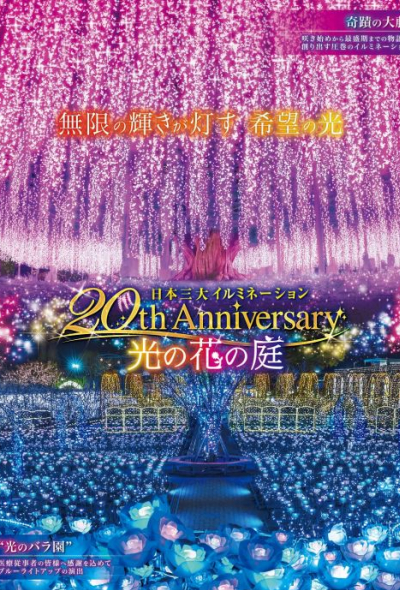 The yearly winter illumination at Ashikaga Flower Park is considered one of the top three light-up events in Japan, it's the biggest one in the Kanto region, and it's come in first place for Japan's national "Illumination Award" for five years in a row. It's a huge holiday light spectacular, using the natural beauty of the flower park's trees and gardens to create magnificent displays of twinkling lights in all shapes and sizes, making it a hugely popular destination for families, friends, and couples throughout the colder months of the year. And this year, the event is celebrating its 20th anniversary! See a little of what it's like in the video below: