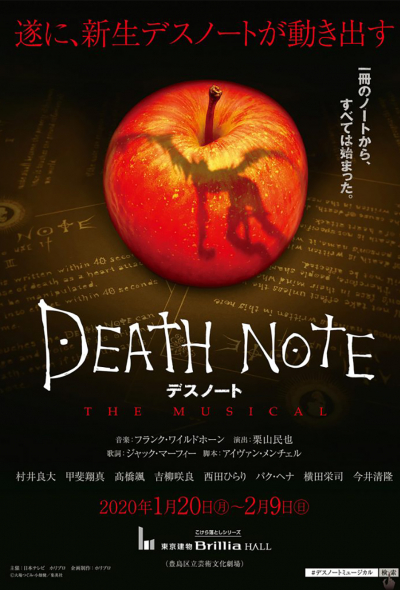 That's right, your eyes aren't playing any tricks on you, the popular manga from Tsugumi Ohba and Takeshi Obata (turned into everything from anime series and movies to live-action films and a questionably successful Netflix adaption set in Seattle) has made it to the stage! See all the characters come to life (and occasionally death thanks to a certain notebook) in a brand new way with all your favorite characters in great costumes, a host of new Broadway-style Death Note songs, and quite a lot of Ryuk's favorite apples. Light and L are waiting!

* DBSK ex-member Xiah Junsu is, unfortunately, no longer a part of the production, but fans of the artist might still be interested in seeing the show he played a large part in!
Latest Event See All Events
Most Read
Popular Shopping in Japan