Experience All Sorts of Culture in a Place Close to Tokyo 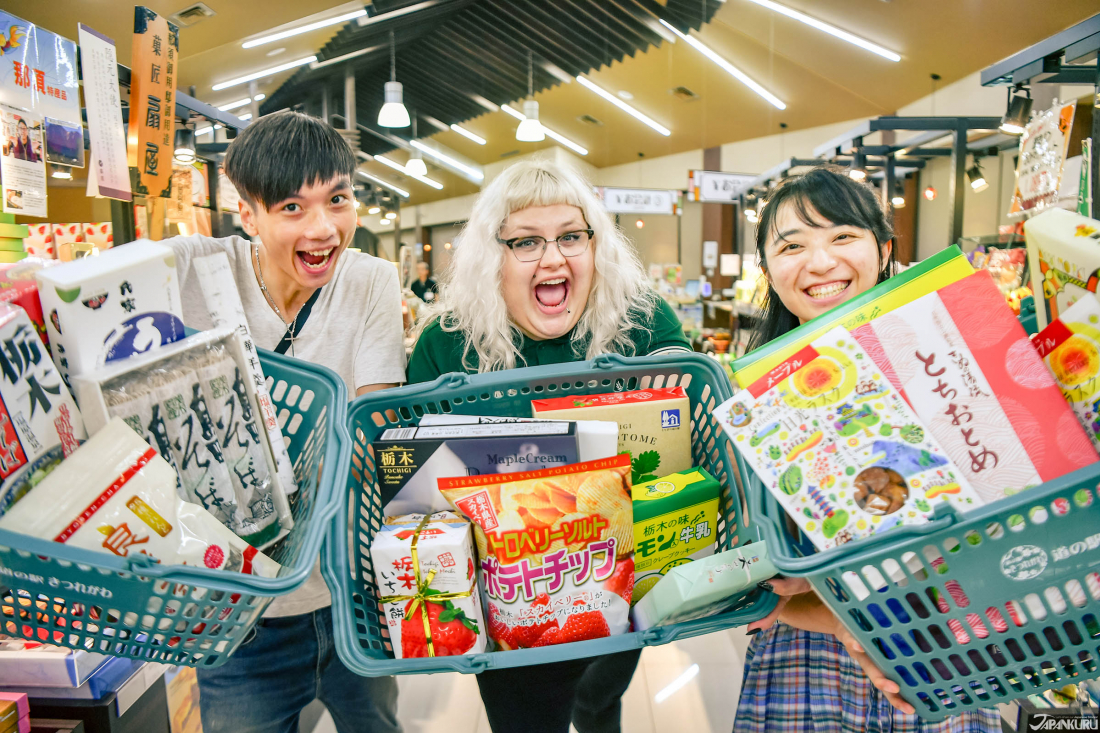 Earlier this summer we introduced a series of zoos in Nasu, Tochigi Prefecture that allowed you to get close and personal to the animals. This time JAPANKURU went back to Tochigi, but this time went to the northern part of the prefecture including some well-known areas like Nikko and Nasu, along with places we have never heard of before now. There we visited many cool sightseeing spots, including a good place to for the autumn foliage, one of a kind hot springs, a hidden Japanese temple for meditation, and more. Read further for more information on our experience and for some tips of places to visit on your next trip!


The north of Tochigi, which is about a two hour drive from Tokyo, consists of 14 cities and 11 towns (in 5 districts) which include the famous World Heritage Site city Nikko, Nasu-Shiobara, Otawara, and Nasu. This area is surrounded by wide mountain ranges and beautiful rivers, creating a rich natural landscape in the northern part of Tochigi. Tochigi's nature plays a big part in what it is famous for; hot springs, local sake, dairy products, strawberries, and Wagyu beef.


When it comes to sightseeing in Tochigi, it is easy to say that most people start with Nikko. After all, there are the famous World Heritage sites like the Nikko Toshogu Shrine (東照宮) and Rinnoji Temple (輪王寺), the beautiful scenery of Lake Chuzenji (中禅寺湖), along with an array of waterfalls and historical museums. Due to the high mountain terrain, it is also a good place to escape from the heat that you may experience in Tokyo. In the autumn, there are more red leaves waiting for you. If you have already visited these classic Nikko spots, then allow us to show a different side of Nikko, introducing places that you may not have thought about going to before now.

When you go to the more original areas of the villa when it was still in Tokyo and owned by the Tokugawa clan, you may notice that the interior design changes and chrysanthemum marks turn to a Japanese plum blossom. Which was the Tokugawa clan's mark. Therefore, in this villa, you will see so many different characteristics of the Japanese imperial residence in the Taisho period (1912-1926), but you can also see the structural features of the Edo to Meiji periods in Japan.


After getting off the SL Taijyu at Shimo-Imaichi Station, you can go to the nearby cafe that is particularly famous for its cafe art but we came for something else! The shaved ice ("kakigori"; かき氷) they sell here is not made with just any sort of ice. They used a very old method of picking natural ice that is "cultivated" in Nikko. Not only that, they shaved ice here is massive and comes in all sorts of flavors! If you're looking for a good quick bite, this place is worth stopping by.

Many worldwide famous people have stayed at the hotel. Such as Gandhi, First Lady Eleanor Roosevelt, American aviator Charles Lindbergh, etc. What surprised us the most was Albert Einstein and Helen Keller!!! You can even stay in the same room that they were in! There is a good blend of both Japanese and Western culture throughout the hotel. Along with fixtures and even dishes savoring its 100 years of history.


Located on the fan-shaped ground in the northern section of the Kanto Plain, the city of Nasushiobara consists of terraces and mountains, and many rivers flowing through it. In such a place, the ancient hot spring town has been famous for hundreds of years, and the hot spring resources are abundant and diverse. If you don't know which hot spring to choose from, then take a look at some of the bathhouses we visited.

The second and third floors of the building is the guest house rooms and an open common space. Chus's room types are also quite diverse, with bunk beds, single rooms, and double rooms to choose from. Everything is quite natural and simple with the main concept of white and wood.


Located in the northeastern part of Tochigi, Nasu-machi is bordered Nasushiobara. Like Nasushiobara, there are many hot springs however Nasu is a bit more famous. Also, due to a lot of farms, Nasu's dairy products are out of this world! In fact, many people are not aware but Nasu's dairy products are ranked #2 in popularity and quality (Hokkaido being #1). Which makes Nasu a great place to try naturally raised and made food. 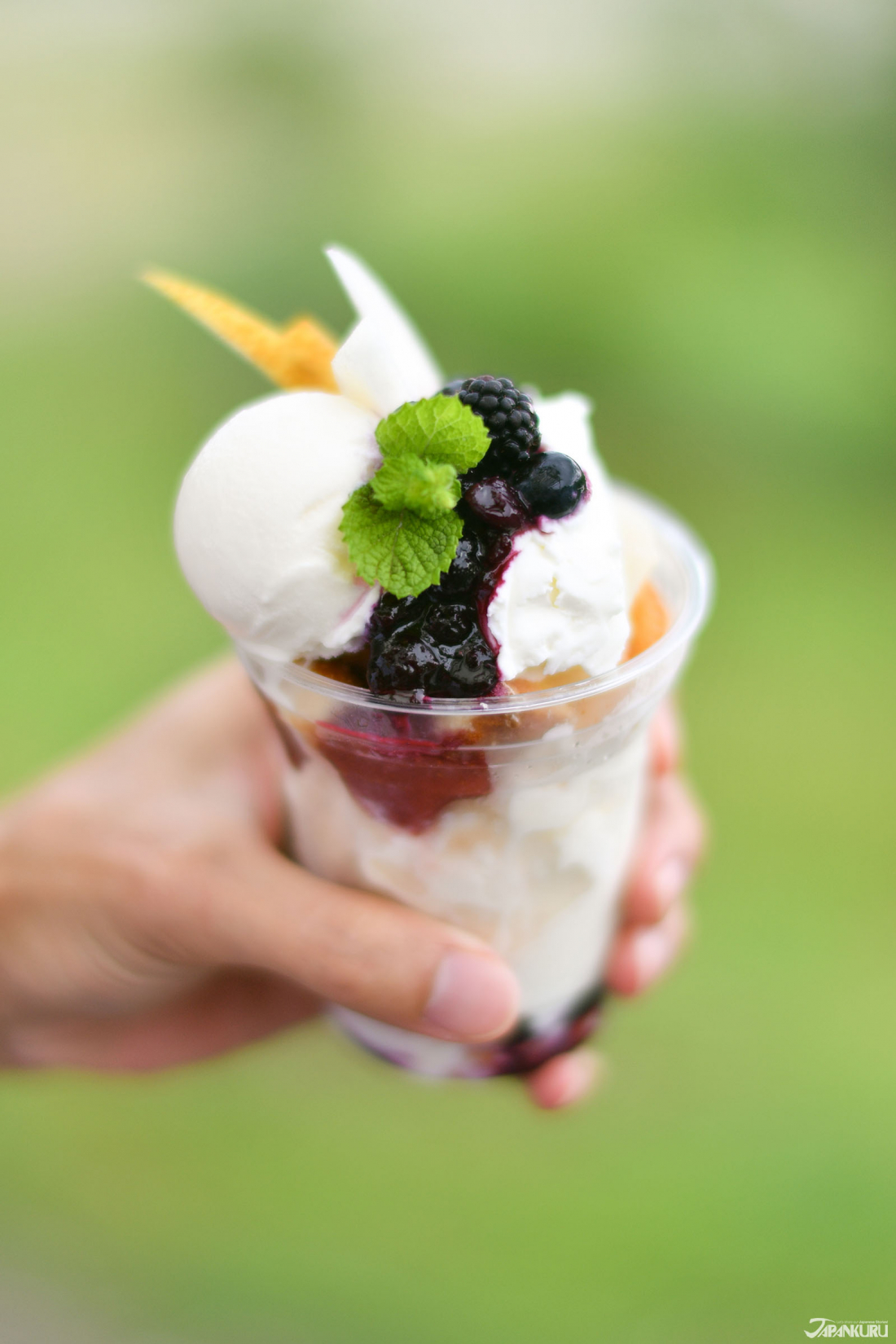 Josephine cafe uses everything that is self-grown.
They also take berries and turn them into jams, and their milk produced on the farm is made into a super-rich yogurt, milk, and cheese which is combined into a series of healthy fresh and delicious desserts.
You can buy their fruit, veggies, jams, etc. if you like,
but we came for something sweeter.
The store's top recommendation, "Josephine's Parfait" is rich and creamy,
everything just melts in your mouth.
Easily the best parfait we have ever had.
We also tried the Yogurt Blueberry Toast which also surpassed our expectations. 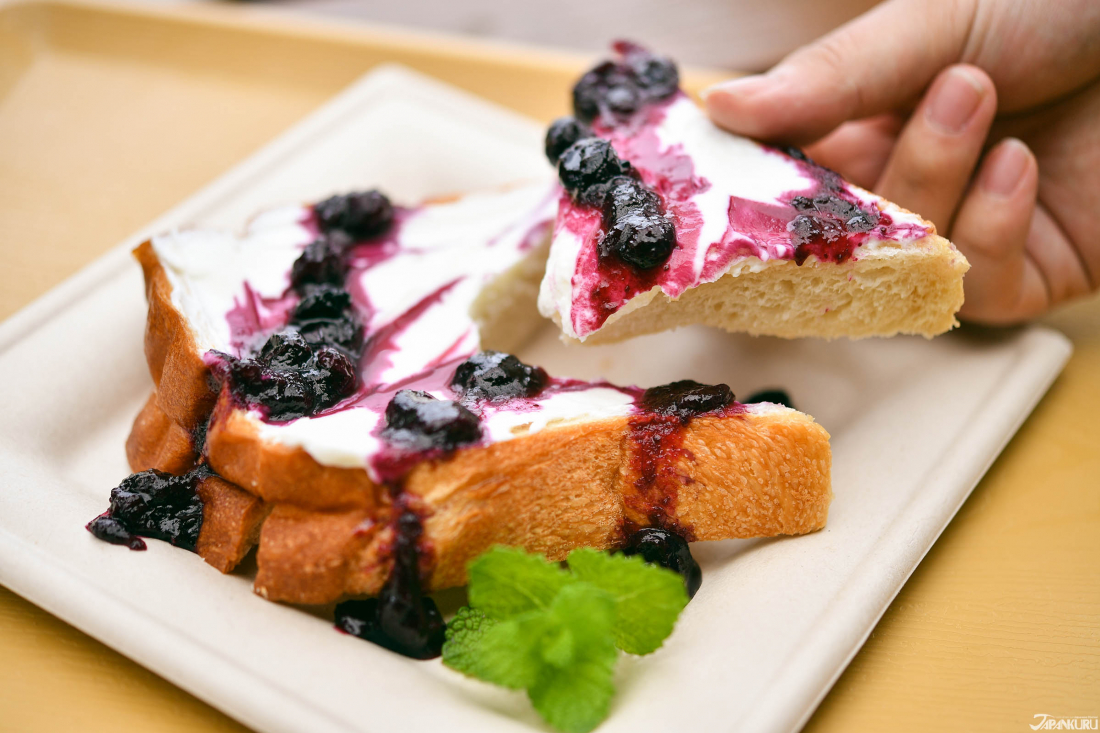 
ROSSI is a gelato shop that offers more than 30 different flavors of ice cream, and depending on the season, they increase that amount to add flavors that they believe go with the season. Guests can choose several combinations of flavors according to their preferences, the most popular their strawberry flavors.
ROSSI
Google Maps
⏰10am～6pm
Closed on Tuesday's
💻Official website (JPN)

Our last ice cream stop was at Minamigaoka Dairy which is like a ranch where you can go horseback riding, pet farm animals, churn butter, and more. We were told that the ice cream here has the richest taste so we were curious to see how it compared to the others. You can get your ice cream from the ice cream stand labeled "soft cream" (ソフトクリーム) right next to the bread store. Just go into the main entrance from the parking lot and it will be the first building to your right. We tried both their premium vanilla (500yen) and limited flavor peach (380yen). Holy moly!! Never have we tasted anything like this before. The creamy richness reminded us of eating freshly handmade ice cream. We definitely felt like we could eat this ice cream for days.
Minamigaoka Dairy (南ヶ丘牧場)
Google Maps
⏰8am～5:30pm (depends on weather conditions)
💻Official website (JPN)


Heading south from Nasushiobara, you will reach Otawara City. It was ruled under the Otawara clan for over 200 years who then pledged allegiance to the Tokugawa clan as a part of one of Japan's biggest battles, the Battle of Sekigahara. In the city, there is the ancient temple "Daioji Temple", which is famous for being a place for zen. This time we went to the Zen temple where we tried a traditional way of meditation then saw the cool traditional way of catching fish in the river.

Rather than using a fishing pole, or throwing a net into the stream, you stand on a giant bamboo platform which is used to catch fish the naturally swimming downstream. Standing on the bamboo frame in the middle of a busy river can be a bit nerve wracking but it is such a cool experience! In addition to catching fish, the restaurant prepares the sweetfish in all sorts of traditional ways. In order to protect the species from going extinct, especially during the summer which is the peak season, the fishing area is closed every Tuesday, but you can still go to the restaurant and eat there.


The town named after Nakagawa has a beautiful natural scenery and is a good place for many fishermen to fish. This place is also home to a number of cultural attractions, ideal for students who like art and just walking around having a real laidback time.

Within the museum, there is also a coffee shop and gallery "JOZO Café / Gallery Snow Moon Flower". Here you can enjoy delicious and refreshing soba noodles, curry rice, and dango, as well as a variety of special dishes. The gallery shows and sells unique pottery utensils from all over Japan. There are times the gallery is open but not the restaurant, so be careful and check the time before you go.


Nasukarasuyama is most famous for the Yama'age Festival (山あげ祭り) designated as an important intangible folk culture of Japan. Located in the middle east of Tochigi, there is an ancient legend there that deals with the famous three-legged crow. It is said that a military commander was searching for a place to build the famous Karasuyama Castle (烏山城) on the mountains but then suddenly saw a three-legged crow flow by. He was curious to where the crow was going, so the man followed to the bird. The place where they ended is the place it was decided to build this great castle.


Japanese fruit is so good but it costs a ridiculous amount for just a small amount. However, when you come to Nasukarasuyama City, there are some orchards worth visiting. In addition to the most famous strawberry gardens in the city, there are also grapes, peaches, and apples that you can come and pick! The Watanabe Field that we visited this time does not allow you to pick the grapes yourself, but if you spend only 100 yen, we can get a full plate of grapes to try. From there if you would like to buy a bundle, you can.


Sakura City is in the middle of Tochigi, and it is named after the cherry blossoms that can be seen throughout the city. Besides tons of places to see beautiful cherry blossoms, there are also a lot of hot springs, most of which are said to not only help you feel relaxed but to "become more beautiful!" Coming to the last stop of our journey, we are going to end it with a very special hot spring and area rest stop.

For more interesting topics,
Be sure to look at JAPANKURU🐶 for more exciting articles every day!! 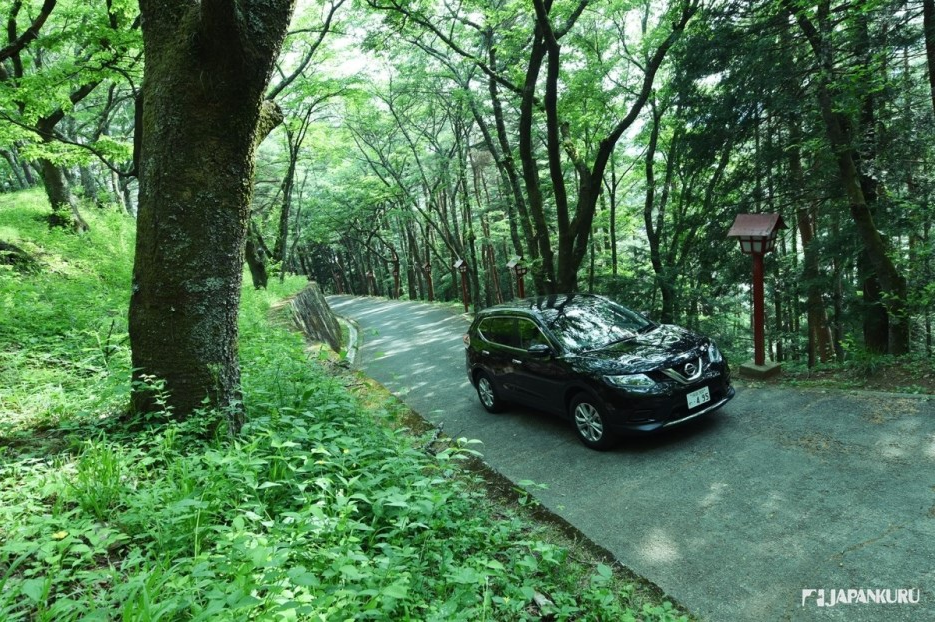