Togakushi Shrine: The Shrine of The Hidden Door, and Beautiful Wooded Paths

Togakushi Shrine: The Shrine of The Hidden Door, and Beautiful Wooded Paths

Pay a visit to a shrine with a rich history and lovely hikes through the forest. 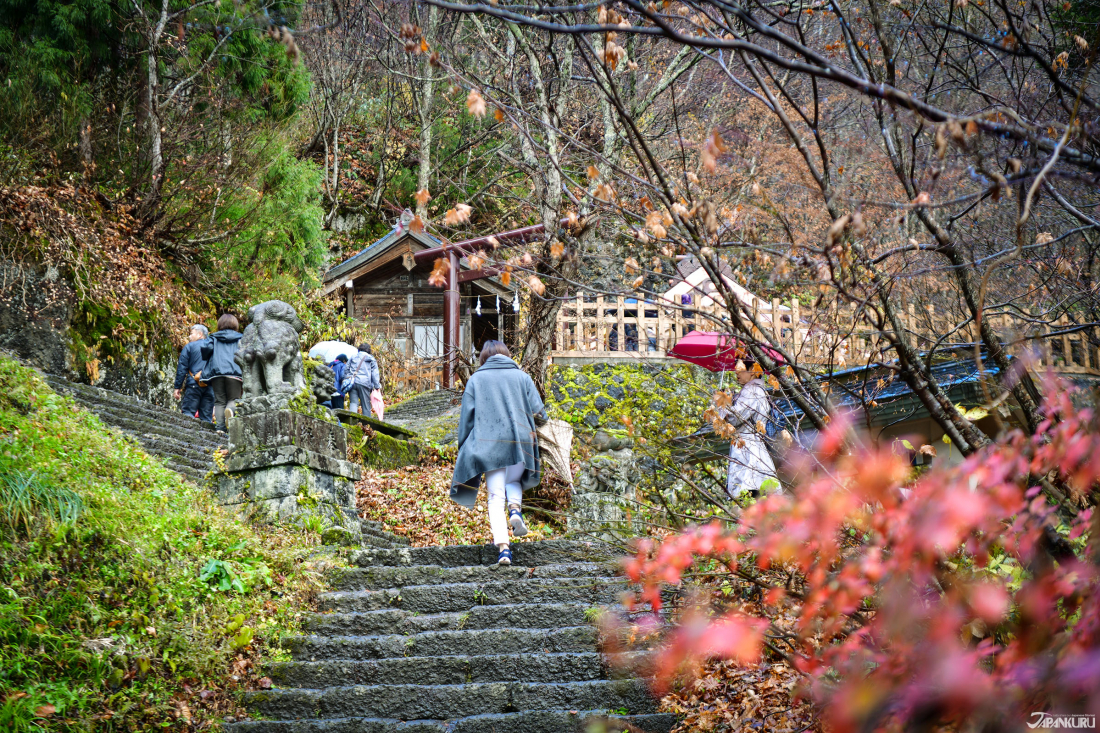 For those looking for a really magical experience off the beaten path in Japan, a walk around Togakushi Shrine is a perfect day out. Sitting at the base of Mt. Togakushi, the shrine and surrounding area has a long history that shifts back into Shinto lore. The space was a destination for religious pilgrimage before it was ever a shrine, with people coming to worship the mountain, and the legendary presence of the sun goddess Amaterasu, the most important of all Shinto deities. Over time the area has of course changed, and while the shrine still has many visitors who come to worship, it now consists of five buildings, with beautiful paths connecting them via wooded areas. For visitors who are interested in Japanese culture and Shinto folklore, this shrine is a fascinating historical spot. For travelers looking for beautiful scenery, Togakushi offers great walks with gorgeous scenery. It's a wonderful place to feel at one with nature during your time in Japan, with plenty to refresh your spirits.

The history of the Togakushi area has been greatly influenced by Shinto legend. These stories particularly center around Amaterasu, Shinto sun goddess and sister to Susanoo, god of storms and the seas. The relationship between these two was fraught, and the religious myths record plenty of sibling rivalry. One occasion of disagreement between these two major deities led to the eventual naming of Togakushi Shrine, when Amaterasu was so upset with her brother that she fled to hide in a cave. As with most specific references in Shinto stories, this cave is supposedly a real place in Japan, called Ama-no-Iwato Cave in Kyushu! So the sun goddess closed off the cave and hid herself away in Kyushu, withholding the sunlight and plunging Japan into darkness. As with most good mythology, the story now gets a little crazy, with other gods throwing a party to try and lure Amaterasu out. What apparently worked, in the end, was the goddess Ame-no-Uzume dancing salaciously outside and performing something of striptease. Once Amaterasu was out, the sun once again shining upon Japan, the stone door was thrown aside, flying all the way to this very spot in Nagano. Hence, this shrine is called Togakushi Shrine (戸隠神社), literally hidden door shrine! 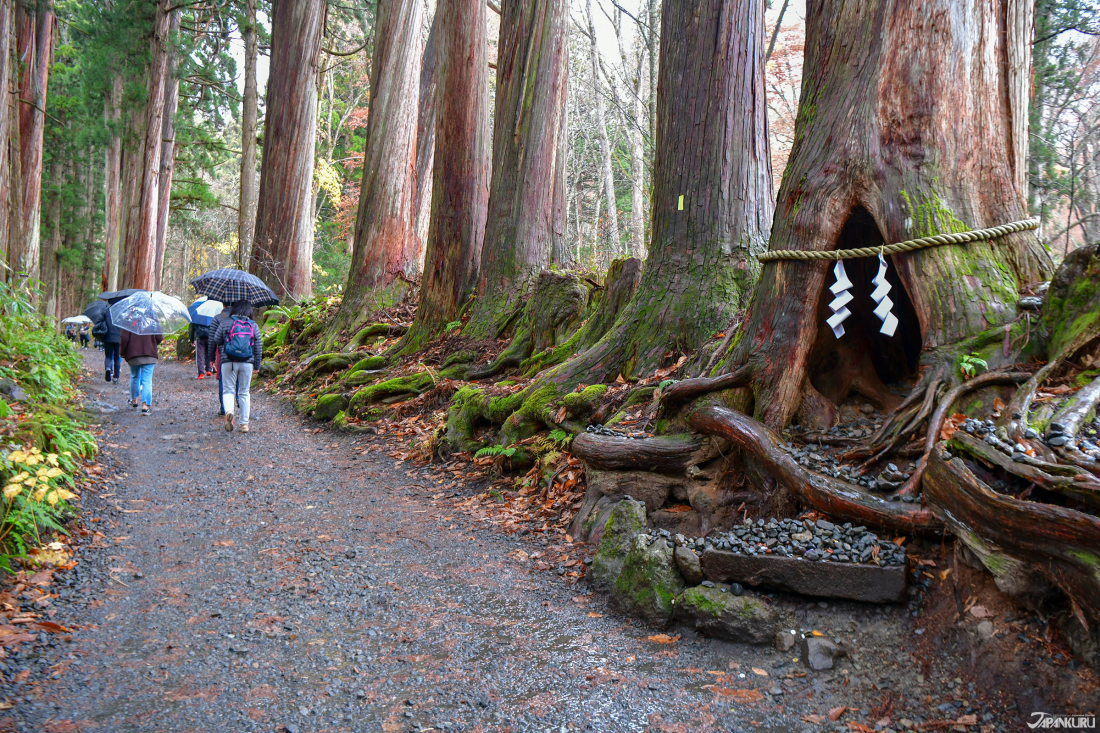 Most visitors to Togakushi Shrine these days are a little different from the pilgrims of yore, and just take a bus from bus area #7 at Nagano Station, getting off at one of the three main shrine buildings. These three shrines are the Hokosha, the Chusha, and the Okusha. The Chusha, or middle shrine, is meant to worship the deity who organized the party and dance in front of Amaterasu's cave, while the Okusha, or upper shrine, worships the god who threw the door all the way to Nagano. Travelers who aren't quite feeling up to hours of wandering along forest paths to get between the buildings can certainly take the bus or drive themselves if they have access to a car, but spending some time enjoying the nature around the shrine is one of the best parts of the visit. Climbing up the mountain from the middle to the upper shrine, the trail takes you past streams dappled with sunlight, and endless towering, centuries-old cedar trees. Not unlike California redwoods, these majestic trees are truly striking.

In Japan, Togakushi Shrine Is Called a "Power Spot"!

Now, you may be thinking "what on earth is a power spot?" Although the Japanese borrowed an English phrase to describe this more recent cultural phenomenon, they certainly didn't borrow a phrase that already meant something. But once power spots are explained to you, they make total sense: power spots are places that feel special, like they radiate energy. Japanese people often say the spots feel naturally spiritual, or like they're totally in-tune with their surroundings when they arrive. This isn't really a religious thing, although Shinto certainly deals with plenty of nature-related mysticism. If you've ever been to a natural or ancient landmark that has been attracting humans for thousands of years, you've probably been to a power spot. With all the nature and legend that surrounds Togakushi Shrine, it's not surprising that it's known as a power spot as well. When you visit, feel free to take a moment and see if you feel a connection to this power spot yourself! 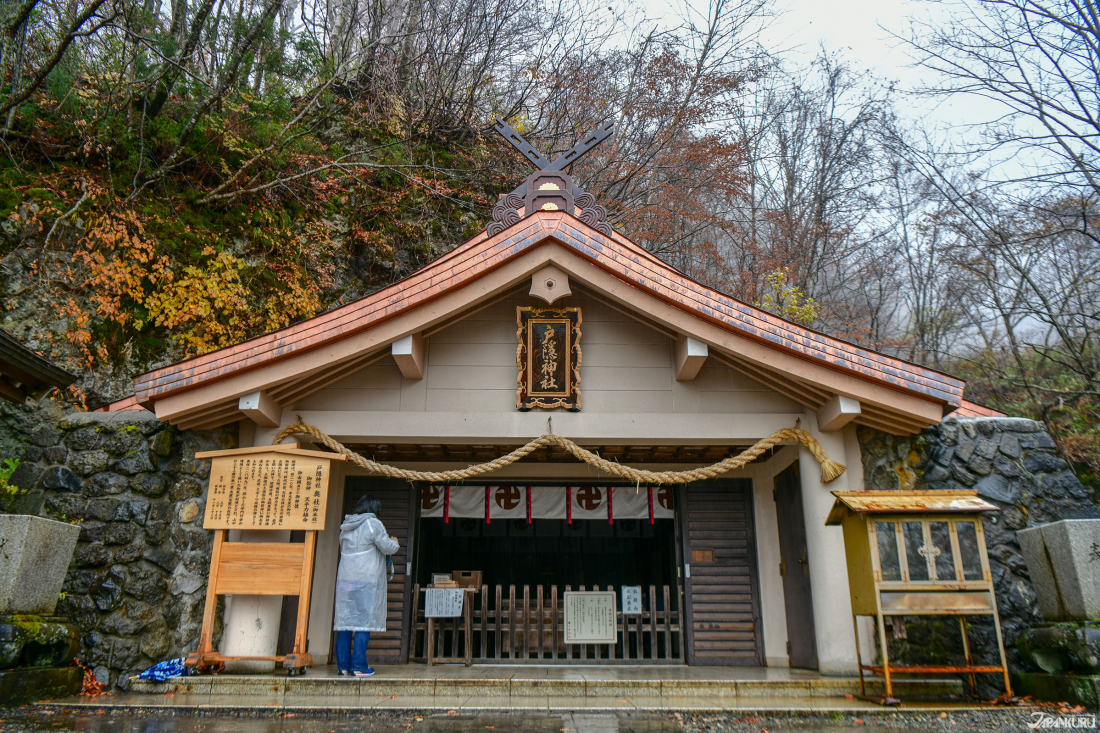 Pay the Shrine a Visit While You Explore Nagano

While many travelers to Japan keep their trip to just the major cities, the rest of Japan has so much to offer, and Togakushi Shrine is one great example of that. When you're feeling the stress of the Tokyo train system, leave it all behind for the mountains of Nagano! Take the time to enjoy some spectacular tree-lined trails, while paying visits to some fascinating historical shrine buildings, and let the beautiful scenery sooth your soul.


Let us know if you visit Togakushi Shrine, and how your trip goes!