How to Visit Fushimi Inari Taisha in Kyoto and Take Great Pictures of the Shrine, Not Just the Tourists

How to Visit Fushimi Inari Taisha in Kyoto and Take Great Pictures of the Shrine, Not Just the Tourists

The Fushimi Inari Shrine of Kyoto, with its fame boosted by Hollywood's Memoirs of a Geisha, is a busy, crowded attraction, making photography a challenge. 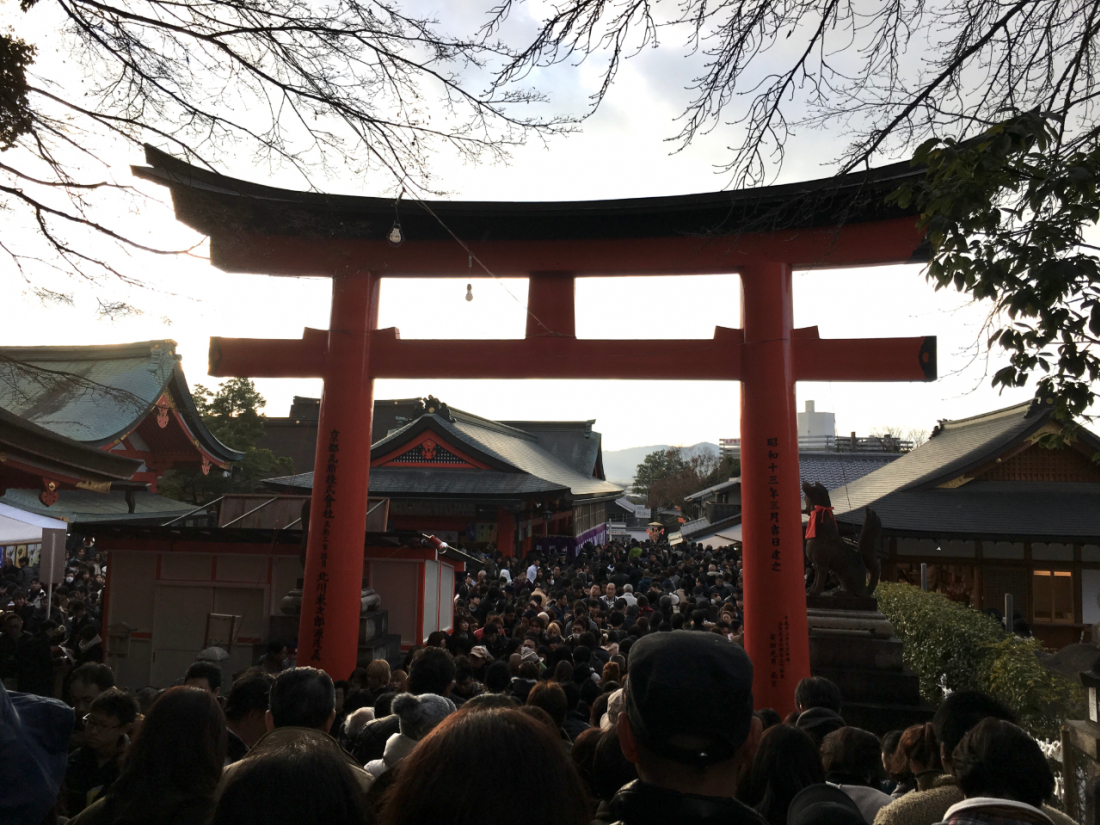 Tucked away in southern Kyoto, Fushimi Inari Shrine (called Fushimi Inari Taisha/伏見稲荷大社 in Japanese) became a major sightseeing destination in part thanks to the scene in 2005 Hollywood blockbuster Memoirs of a Geisha. However, with the number of tourists arriving in Kyoto steadily rising for years now (aside from an obvious drop due to COVID-19), there's no doubt that the shrine and its beautiful gates would have risen to popularity in one way or another by now, even without the help of its movie cameo. These days, the red shrine gates, or torii (鳥居) draw massive crowds throughout the year, making it hard to take pictures without including a few happy strangers taking center screen. So here are a few tips on how to take pictures of Fushimi Inari Shrine itself, and not the other visiting travelers. 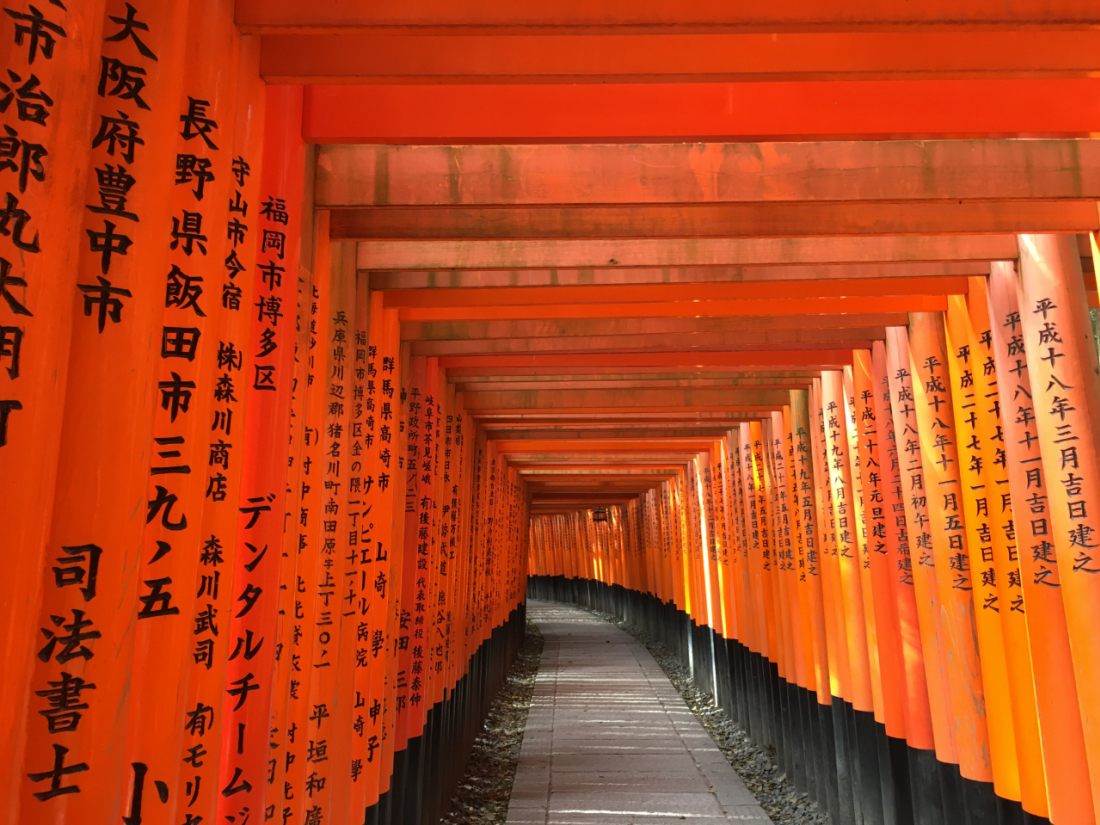 In the end, catching a great shot of the shrine and the torii has a lot to do with luck. But a little advance planning can seriously increase your chances of arriving at a less crowded and less crazy shrine. Sakura (cherry blossom season) at the beginning of April, mid-summer, and peak koyo (autumn foliage viewing) season around November are all periods when tourists gather in Japan, which makes them less than ideal times for capturing the perfect snapshot. Of course, if you're a traveler taking a nice vacation to Japan, chances are pretty high that you're heading to Kyoto close to those seasons, too. The only time of year that you absolutely will not be able to catch a photo without other people is New Years. From January first to the middle of the month, Fushimi Inari is packed with locals and travelers alike, all there to celebrate "hatsumode" (初詣), the first shrine visit of the year. Photographing the crowds of hatsumode at the shrine can certainly be fascinating, but you're definitely not going to get any serene shots of the gates without people. 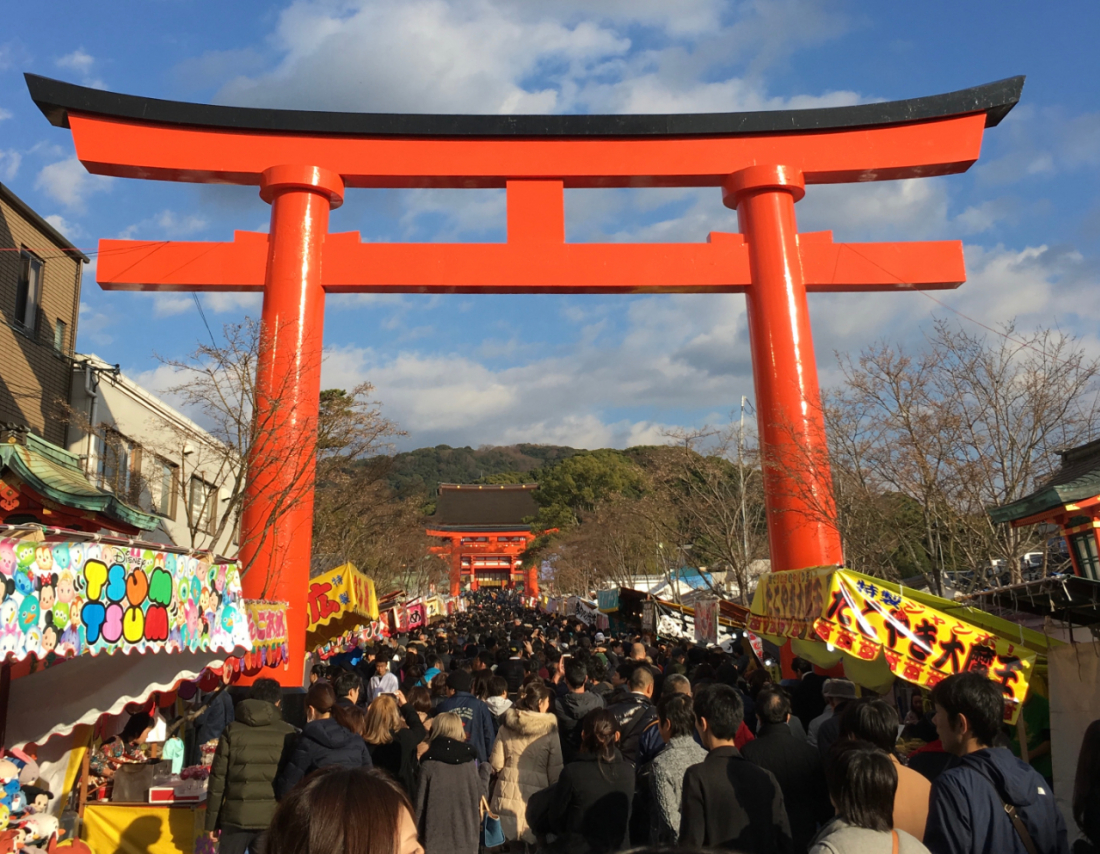 If you go on new year's morning, you can expect to wait 45 minutes or so in a neighboring parking lot before even getting onto shrine grounds, at which point you join a heaving mass of people like this.

Even if you end up visiting Japan at a more opportune time of year, the shrine will still get pretty crowded. For a picture of the most popular torii areas with golden afternoon shining through them, you can easily expect to wait half an hour or more for a chance to take pictures without some stranger off to the side, even on relatively empty days. For a less boring and stressful photoshoot, however, you might want to try arriving at Fushimi Inari Shrine either very early in the morning, or late in the evening.

As a Shinto shrine, the grounds basically don't close. Shrine keepers and priests are generally only around throughout normal business hours, so if you're hoping to pick up a charm or souvenir while you're there, then you do need to arrive around 9 to 5. But if your end goal is a good photo, get there around sunrise, or closer to sunset. There are far fewer visitors, and the dramatic lighting can make for some very cool views, anyway! 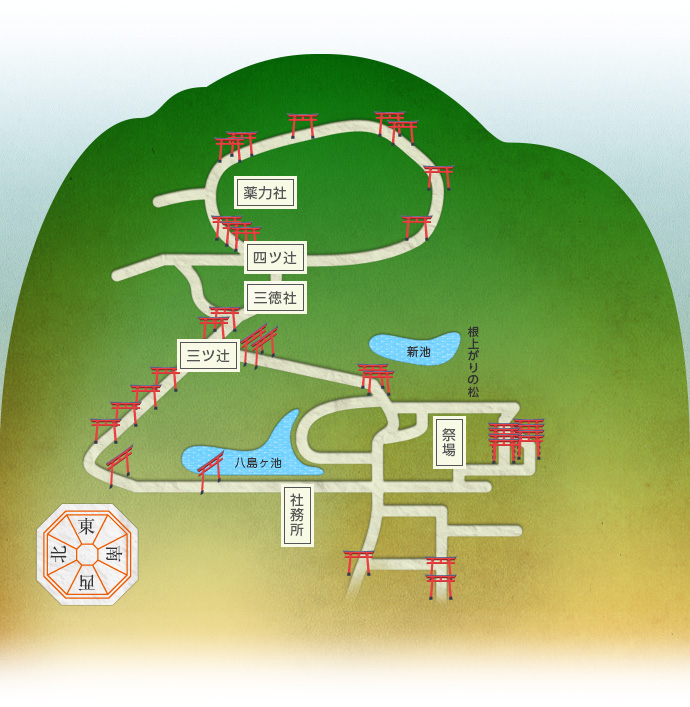 Most photos of Fushimi Inari Shrine focus on the Senbon Torii (千本鳥居), literally "the thousand shrine gates," which are neighboring paths lined with closely packed torii, fairly close to the entrance and main shrine hall of Fushimi Inari. They're the epitome of the shrine's image, gates painted bright vermillion and built so close together that you can barely slip a hand between them. They are always by far the most popular, and most crowded area of the shrine, because they are so very iconic. 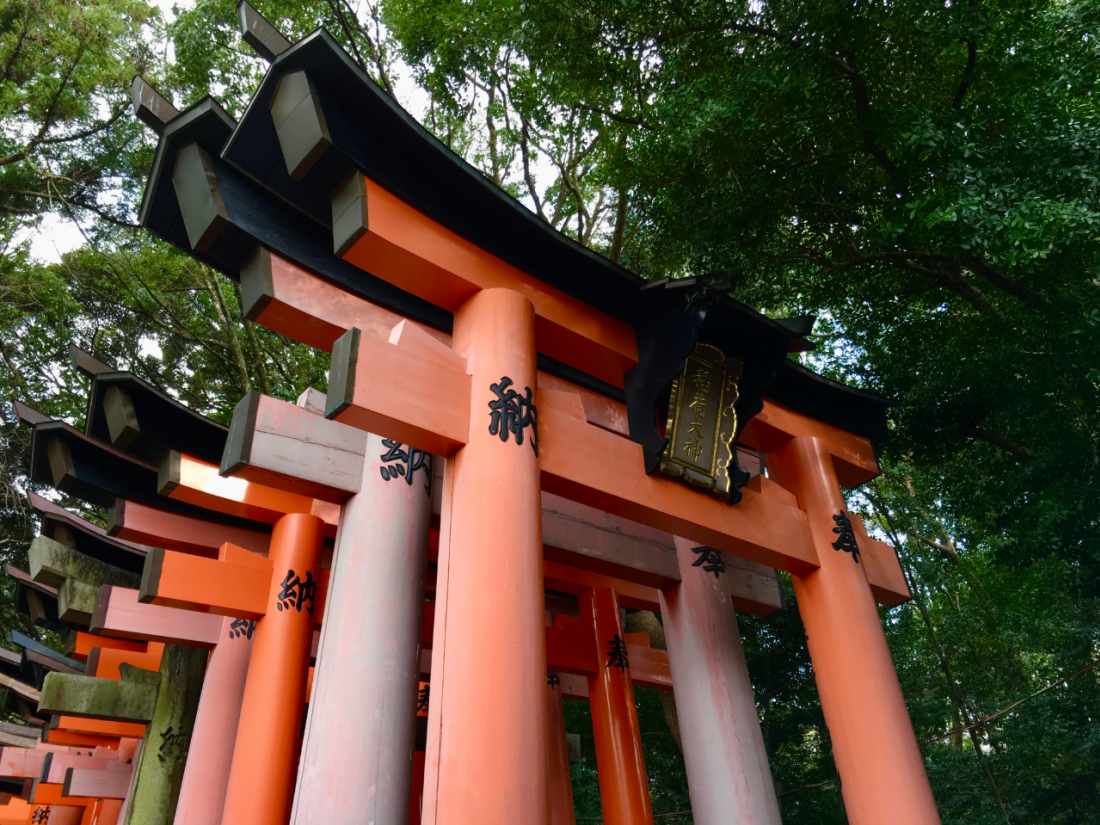 The shrine really continues all the way up to the top of the mountain, and while the gates begin to stretch farther and farther apart in certain areas, there are plenty of beautiful spots to explore. Instead of dodging tourists down below, in the higher parts of the mountain you have a chance to concentrate on the contrast of the red gates and the greens and browns of the surrounding forest, plus the grey stone steps climbing the mountainside.

With a little bit of forethought, and a little luck, you'll find your own piece of tranquility at the beautiful Fushimi Inari Shrine, and get some great pictures to remember it by.

Got any other tips for a trip to Fushimi Inari? Taken any amazing snapshots at busy Japanese sightseeing hotspots? The Japankuru team would love to hear! Tell us all about it on twitter, instagram, and facebook!