Got kids bored by COVID-19? Feeling a little listless yourself, looking for things to do at home? Have a little fun while social distancing, folding up some uniquely Japanese crafts!
Watching a simple square of paper turn into a crane, a dragon, or a bouquet of flowers is just the kind of magic we need during the long hours of this COVID-19 quarantine, which is why we set out to find a little bit of Japanese-themed Japanese origami for everyone! Thanks to the visual nature of origami instructions, you don't even need to read Japanese to understand them. So whether you're looking for a new hobby, or you're helping the antsy little fingers of kids bored at home, we picked out some origami with VERY varying levels of difficulty. 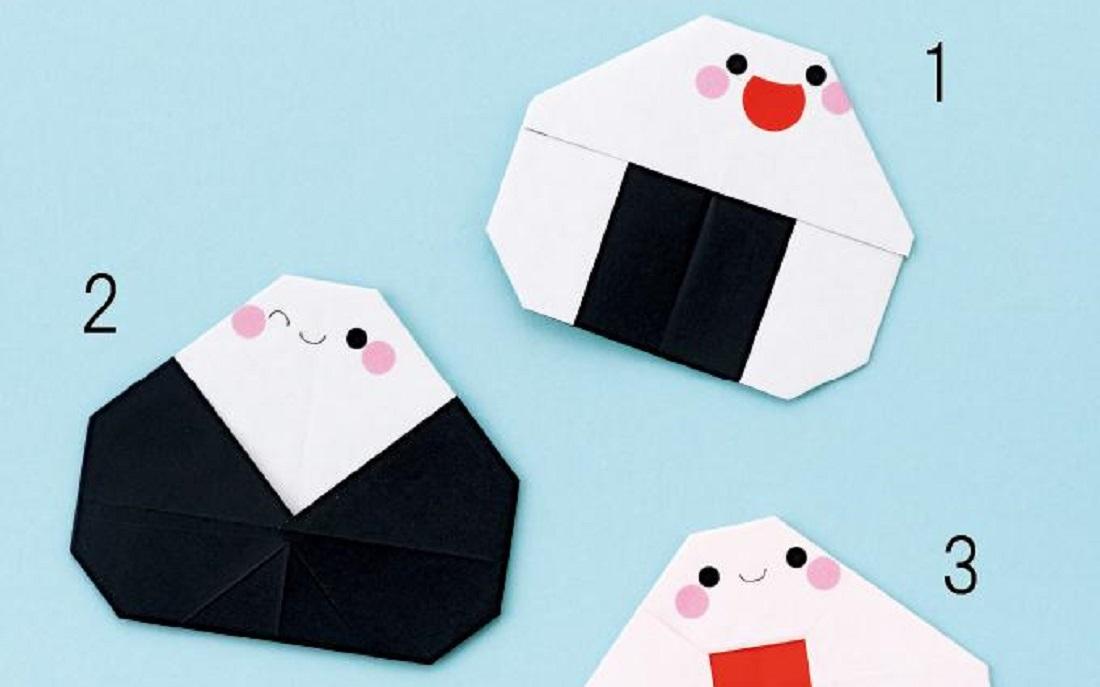 Onigiri (おにぎり) are Japanese rice balls, the ultimate grab and go snack or light meal in Japan. Rice balls themselves aren't too hard to make, since the only necessary ingredient is the rice, but it's even easier to make your onigiri out of paper! And you still get to learn a little bit about Japanese food on the way. The simple shape can be folded in just five steps, making it a fun project for kids and those new to origami. Plus, once you're done, you can draw an adorable face on your new rice ball friend! 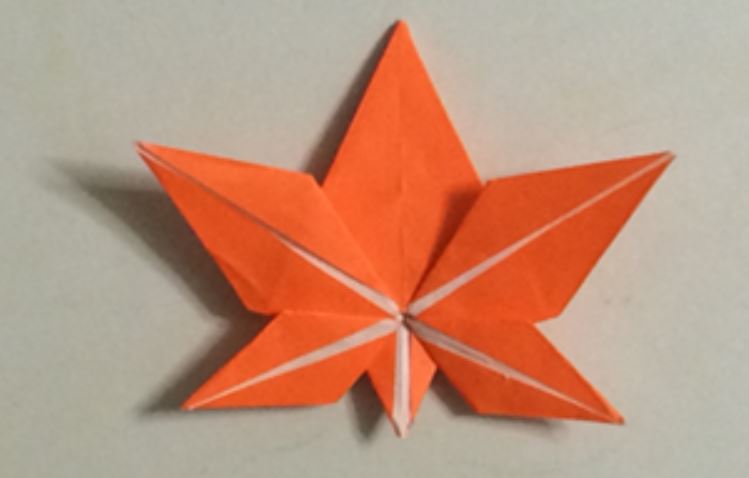 While lots of people associate Japan with springtime cherry blossoms, AKA sakura, the country actually has seasonal traditions that stretch far beyond mid-April. When summer comes to a close and the weather starts to cool, people all over Japan flock to forested areas to see the leaves turn red - especially Japanese maple leaves, which they call momiji (紅葉)! These little origami momiji maple leaves aren't too difficult to make for anyone who's done a little origami before, but they do take 24 steps. It's the kind of project you'll be able to do without looking if you practice it a few times! Make a whole pile of leaves to bring a bit of a Japanese tradition into your home, no matter what time of year it is. 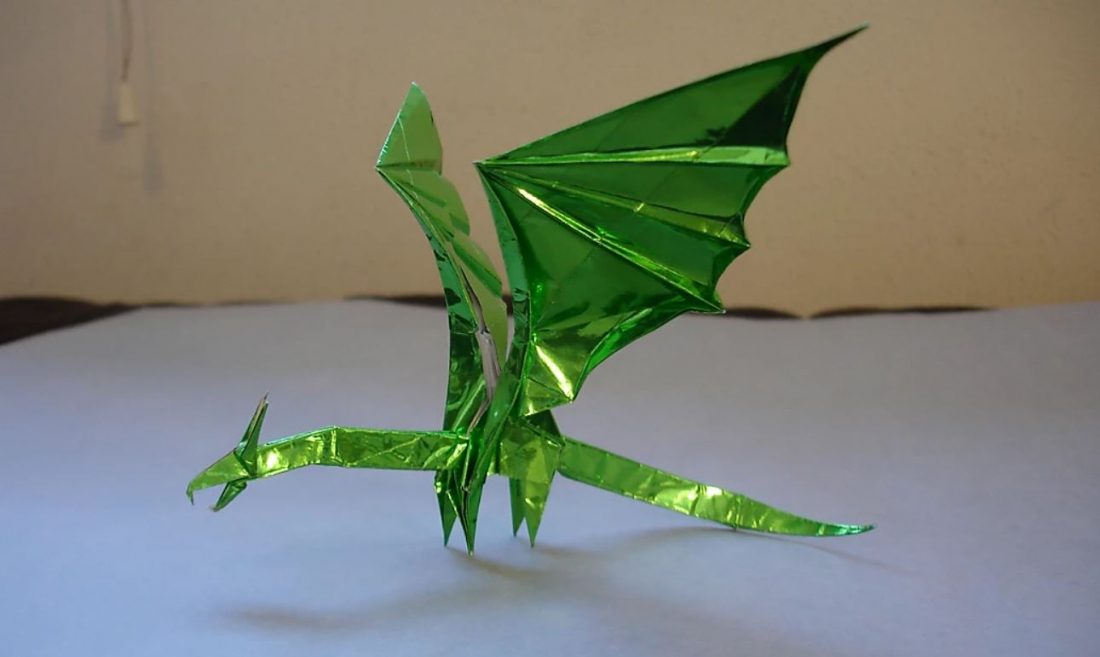 While dragons are certainly a part of Japanese folklore, the shape of this particular dragon is less Japanese and more European. This origami pattern is, however, one of the simpler designs you'll see from Japanese origami artist Shuki Kato, who is known for insanely complicated and intricate origami.
While the dragon is clearly still complicated, the relatively (relatively) simple crease pattern and the availability of actual instructions (in English, no less) for how to fold the dragon makes it a good first step (well, first 60 steps) into the world of extremely complicated advanced Japanese origami! First stop, Shuki Kato's "Simple Dragon", next stop... moving to Japan to become a full-time origami pro? (For now, let's just start with developing this indoor hobby.) 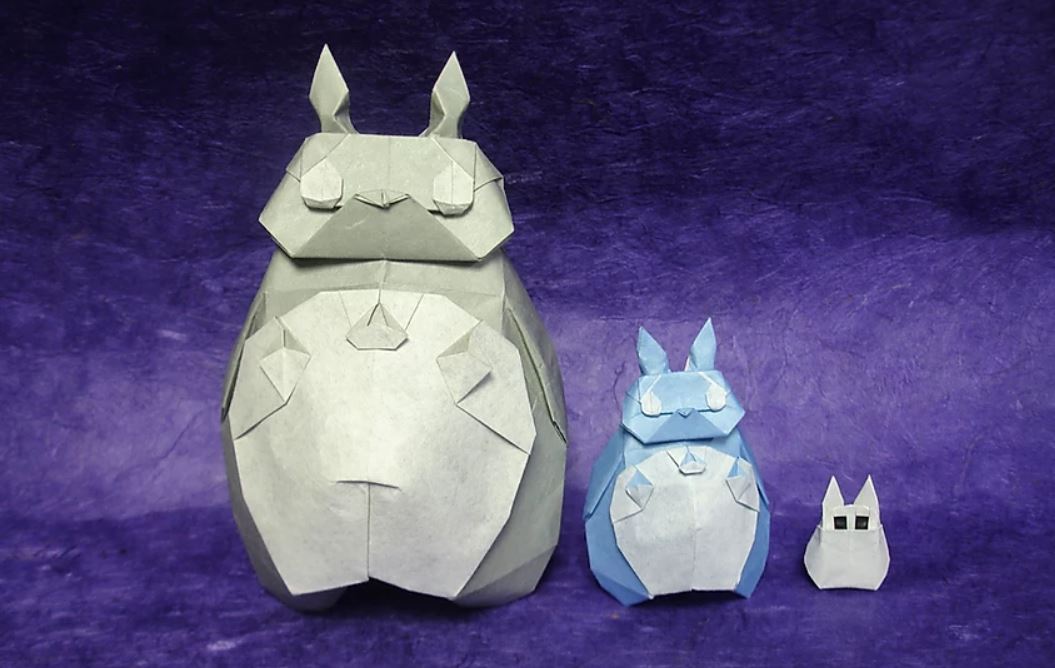 Ready to grab some paper and start folding? The Japankuru team would love to see the results! Show us what cool things you make on the Japankuru twitter, instagram, and facebook!