Attack on Titan Gets Steamy with A New Bathtime Tie-Up, It's Shingeki no Kyojin: The Sento Season

Attack on Titan Gets Steamy with A New Bathtime Tie-Up, It's Shingeki no Kyojin: The Sento Season

Ever wanted to slip into an onsen with Eren, Levi, Armin, Mikasa and the rest of the survey corps? Raku Spa is here to give you a chance. 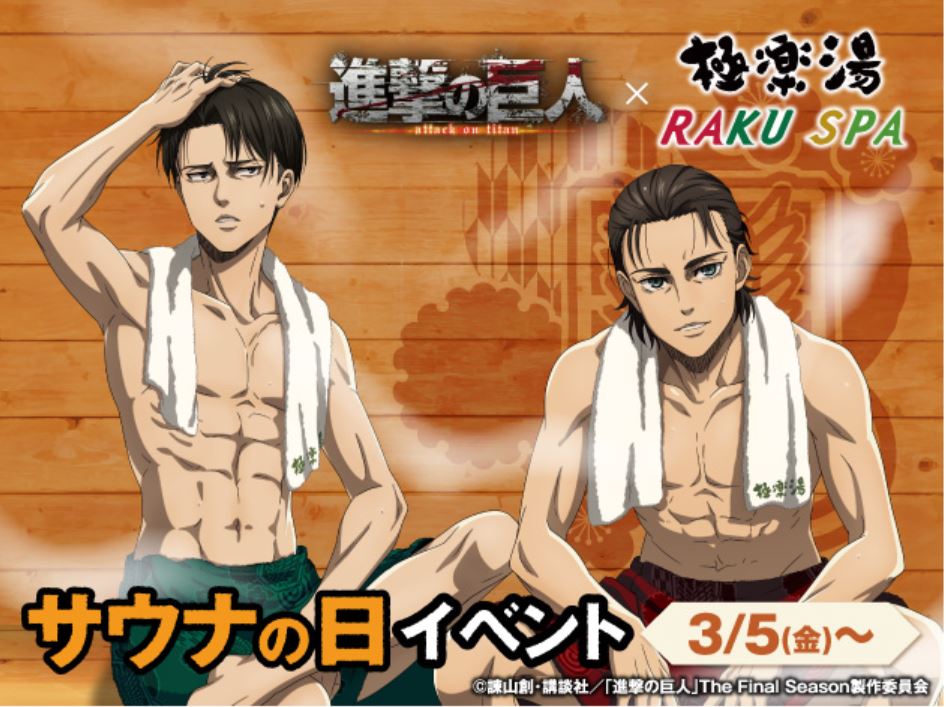 The Final Season of Attack on Titan (AKA Shingeki no Kyojin, 進撃の巨人) has arrived, and with it has come... "The Sento Season." In an attempt to leverage the sex appeal of one of the most extremely gruesome and grotesque anime series of recent years, popular Attack on Titan characters like Eren Yeager and Levi Ackerman are stripping down in this collaborative promotion and inviting you to join them in the communal baths of onsen and sento chain Raku Spa.

The promotion is being called "The Sento Season," and the Attack on Titan theme isn't limited to the marketing materials.
As you can see from their promotional video, Raku Spa has a lot planned. 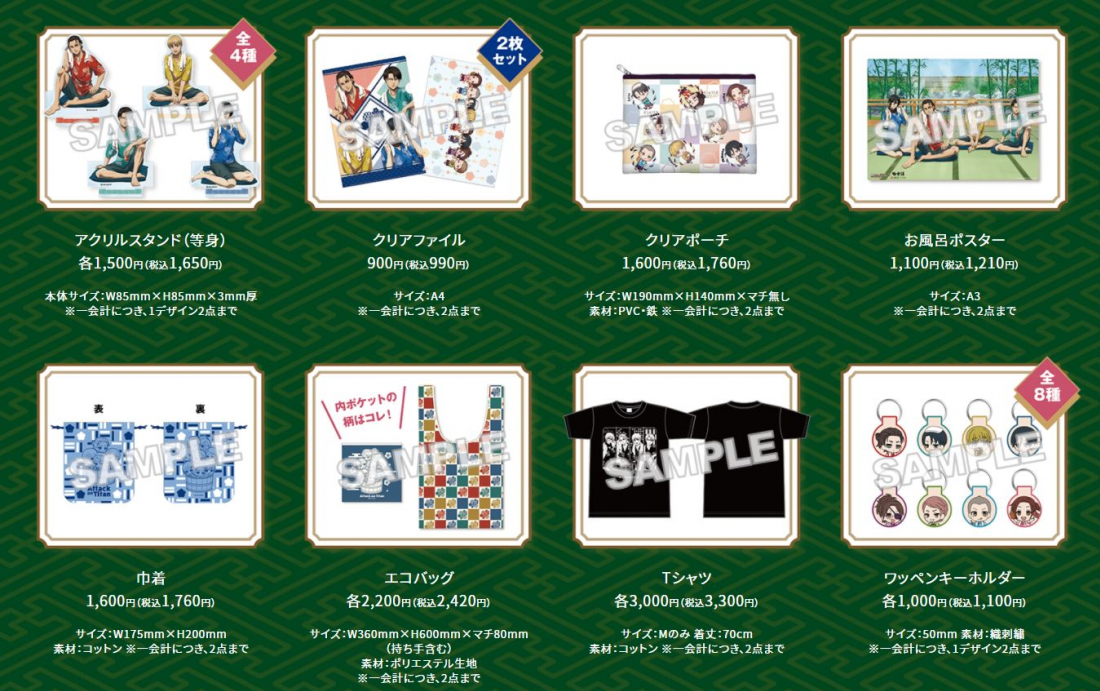 Perhaps the main appeal of this collaborative project is the merchandising. What fan doesn't like buying up goods with their favorite characters wearing spa day outfits? Or, in the case of Eren and Levi, half-naked? The gang's all here, too! Well, at least the ones who have survived long enough. Armin and Mikasa pop up on lots of the merchandise, and you'll even spot other favorites like Hange, Sasha, and Connie as well. 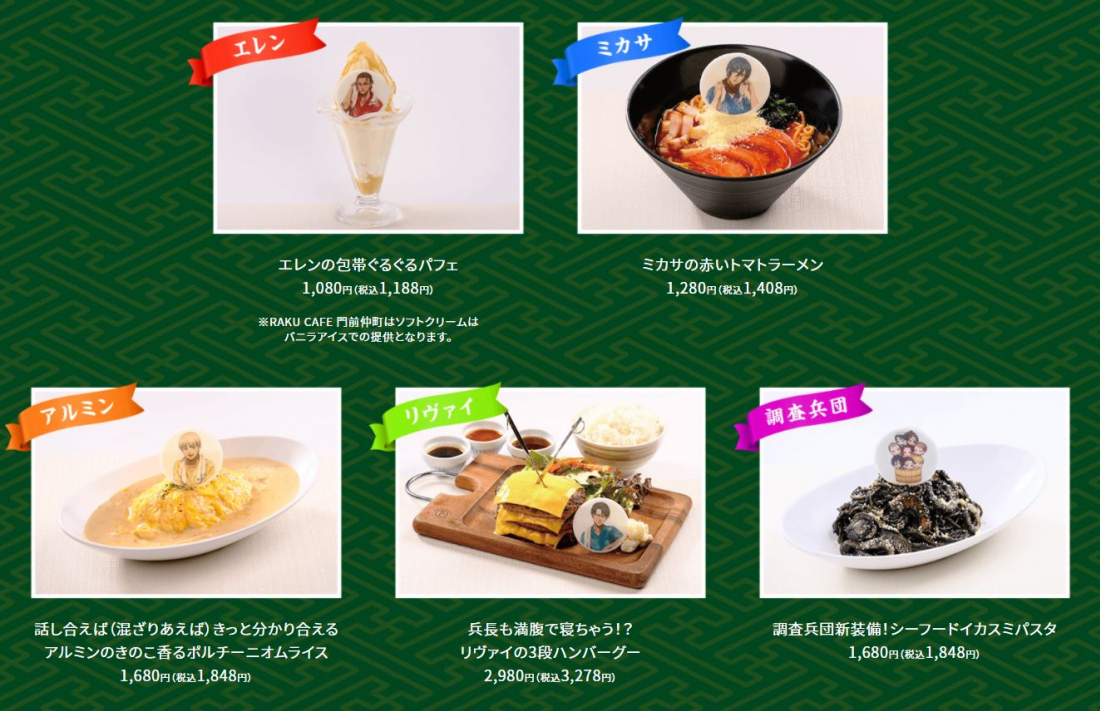 Raku Spa facilities aren't just limited to large bathtubs and gift shops, though. Many of them have restaurants, and 27 locations will be serving The Sento Season dishes during the promotion. It's not clear if there's any particular reasoning behind the various meals, drinks, and side dishes being served. (Does Mikasa have a thing for ramen? Or tomatoes? Is it just supposed to look like her red scarf? They didn't even dedicate seafood pasta to Sasha!) But each plate does come with a printed character face, and also a free character coaster!

For some special sweets, plan your visit to coincide with Mikasa or Eren's birthday, for extra-limited edition birthday cakes! 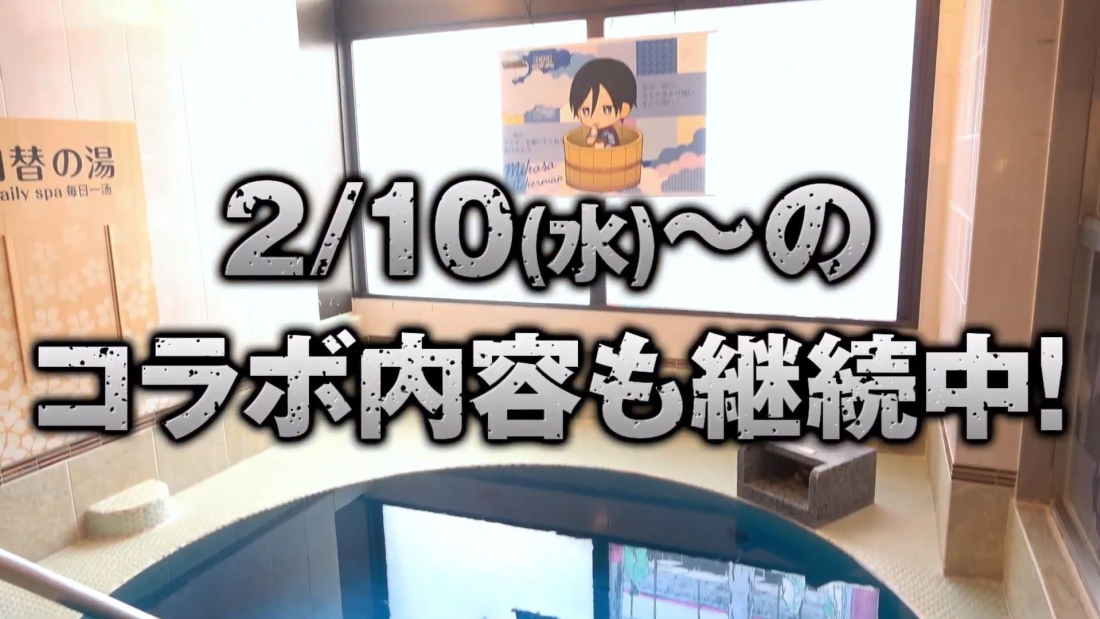 Of course, this facility is a public bath! Throughout the duration of The Sento Season, Raku Spa locations will turn their "Daily Spa" area into an Attack on Titan themed bath. All the participating locations will have period where the baths are inspired by Eren, Armin, Mikasa, and Levi, and a portion of Raku Spa's facilities will go through a much longer list of characters. If you've always dreamed of being the subject of Zoe Hange's... research, then you can look for her themed bath from March 18th to 23rd. 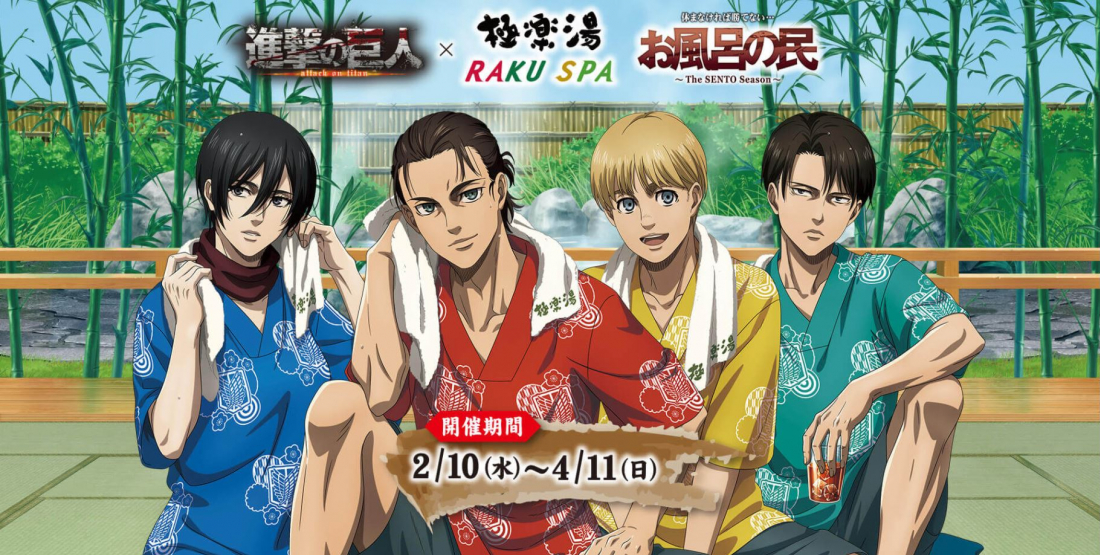 The event is in full swing now, and will last until April 11th. So come on in, the water's fine.