Biei - A Spectacle to Behold! Rolling Hills and Rainbow Fields!

Biei - A Spectacle to Behold! Rolling Hills and Rainbow Fields!

Biei, Hokkaido - Naturally made rolling hills and beautiful fields of flowers.
Biei is a small but popular area found in the middle of Hokkaido Prefecture. Created from the Volcanic eruption of Mt. Tokachi-dake, the natural rolling hills are home to some of Japan's most fertile ground.
Because of this an abundance of amazingly delicious produce is harvest each season!

Natural Beauty at Every Turn, a Photographer's Dream!

The landscape and hard work of the farmers making their living in Biei has led to an amazing sight to behold. With this, amatuer and professional photographers the world over visit here to improve their skills and to try their hand at capturing an amazing picturesque scenery.

It is this place that has created some world renowned photography stars such as Toshiki Nakanishi, one of Japan's leading scenery photographers and introduced by Canon on various projects

You can see a selection of some of his pictures below.

Home to the Seven Stars Tree and now-felled Philosophy Tree 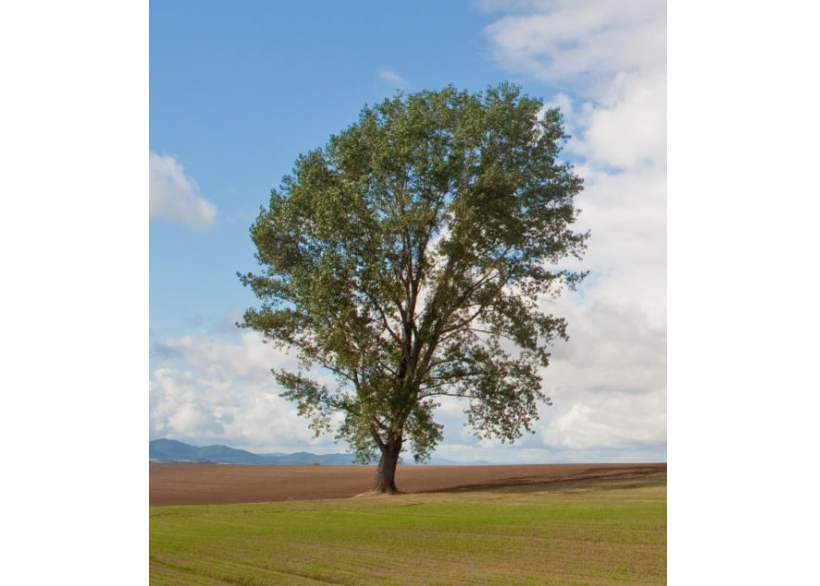 The Philosophy Tree was named after the way it appeared slanting as if in thought. Due to this it received an inordinate amount of media attention, leading it to be inundated with people trying to clamour for a shot with the tree.

However being in the middle of private farmland, it meant that a whole host of visitors trespassed on the land. With so many people visiting the tree, it became a huge risk of contamination to the field itself, and so in 2016.

But this in itself created problems, with people that don't know it doesn't exist trying to find the tree and tresspassing in other areas. 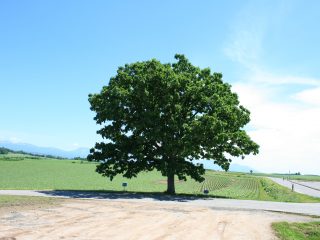 The Seven Star Tree is famous for being on the packet of Seven Stars Cigerettes, a famous brand here in Japan. From then it became a spot to visit for those wishing to see it in real life.

The tree is also located close to the road making it easy to get close enough for a great picture, without actually trespassing.

Visitors and Overtourism - Breaking the rules and causing damage

With visitor numbers reaching over 17,000,000 people each year, it is no wonder that problems arise.
In 2018 alone, there was a 20% increase of visitors from Taiwan, South Korea and China.
In particular,  the majority of this increase in Winter with a large number of tourist coming in from South Korea, with their aim to find and take pictures at iconic sightseeing spots.
As well as this, the lovers of Japanese foods, its onsens and powder snow, and the lure of a pre Olympic Japan also brought in Chinese skiers.
Additionally, an increase of arrivals from Finland via the Helsinki⇔ New Chitose Airport, and the Seoul⇔ Asahikawa connections that were created recently could be seen.
Finally due to programs making it possible to experience farmlife, this also had an effect.

But while there has been amazing visitors keeping to the paths and being polite, on the other hand there are those that visit and go against standard rules and manners, such as trespassing and parking in the middle of farming lanes that the farmers use for tractors.
This is getting worse, and the blame doesn’t lie just with normal visitors.
Due to the large effect that so called “influencers” have, when they also trespass on the fields for the “perfect shot” or take pictures and upload them on SNS, there is an immediate increase of their followers visiting trying to get the same shot or the same angle for themselves.
With this comes problems such as the risk of contamination via pests bought from overseas. While it may seem small, just one outside contamination can risk a whole field and in turn, a farmers livelyhood.

However, one of the biggest causes of this problem, is that the visitors simply don’t know that it’s wrong, that the correct information isn’t available. So something must be done to help combat this.

Bringing the Visitors and Farmers together via Crowdfunding

Because of these problems, and the fact that the visitors and the farmers ideals aren't aligning, the area's people have been collating ideas on how to change things! They have arrived on using crowdfunding to bring about change!

The idea is to change how people thing of the area, by raising money to create special signs that will be digitally interactive as well as allow for people to donate to individual farmers. By doing so, they hope that the visitors can understand that both the lands are private, as well as see how much work goes into making this type of land.

The project can be found on Japankuru Funding at: https://en.japankurufunding.com/projects/bieiprotection/
And their Facebook Page can be found here: https://www.facebook.com/farmland.biei/