From Mount Aso, the largest active volcano in Japan, to the green mountainsides of central Kyushu. 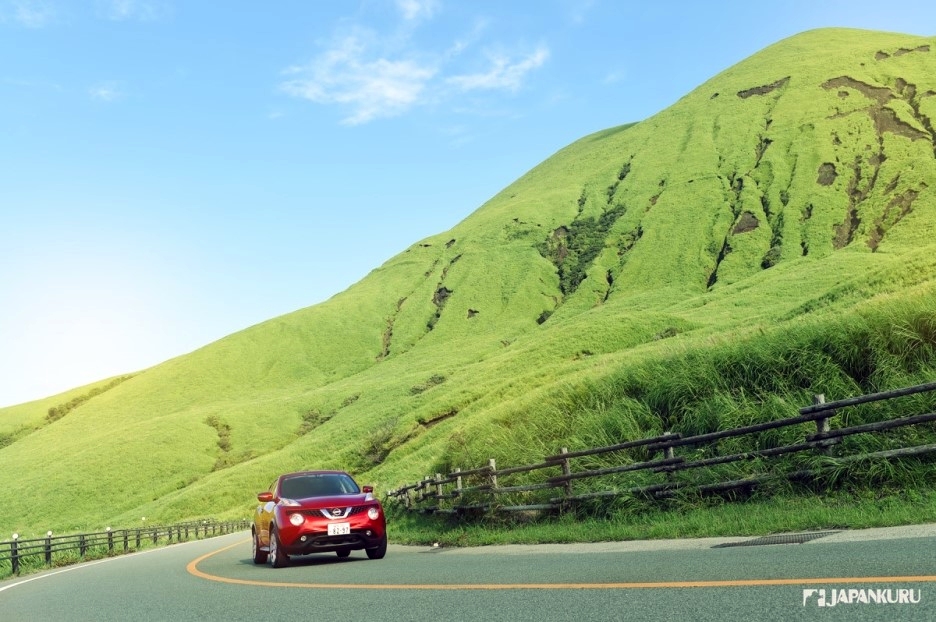 Aso-Kuju National Park is made up of a series of mountains, plateaus, green vistas, volcanic craters, and hot springs that stretch across Japan's island of Kyushu, from the north-eastern prefecture of Oita, down to Kumamoto Prefecture, at the island's center. Many visitors know the park for its most famous destination: Japan's largest active volcano, Mount Aso. But the whole area is full of soft mountains and luscious green rolling hills, making Aso-Kuju National Park an ideal place to take in the natural beauty of the Kyushu region.

For practical reasons, the area is best explored with a car. The park is known for green grassy expanses, not public transportation, and part of the fun is stopping in at roadside rest stops whenever the scenery calls out to you. When you're driving down the winding roads through the mountains of Kyushu, you'll want to take it at your own pace! So on our visit, the Japankuru team rented a car, and set out from Oita Prefecture. 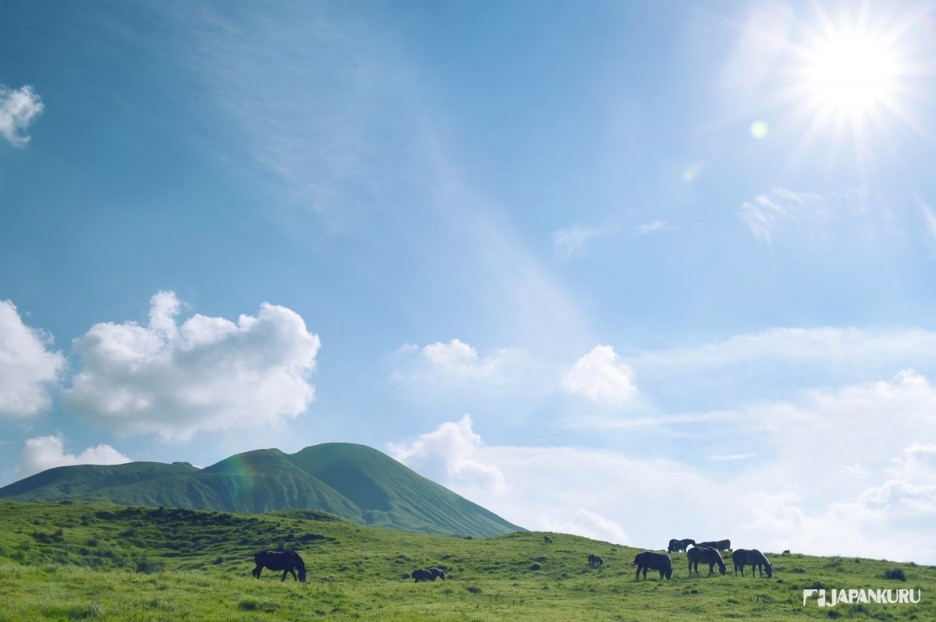 The Aso-Kuju area refers to Mount Aso, Kumamoto's famous volcano, plus the mountains just to the northeast in Oita, the Kuju and Taisen Mountains. The geological features here are actually fairly new, with most of the mountainous landscape we see now formed out of volcanic activity just 270 to 90 thousand years ago. But while the volcanic landscape has certainly been around longer than any humans in Japan, the national park status of the area only came into effect in 1934, after people had settled the area. Nowadays, the vast stretches of untouched mountainscape are interspersed with little communities, full of people who have grown to live their everyday lives among the mountains, and not too far from a still-active volcano. 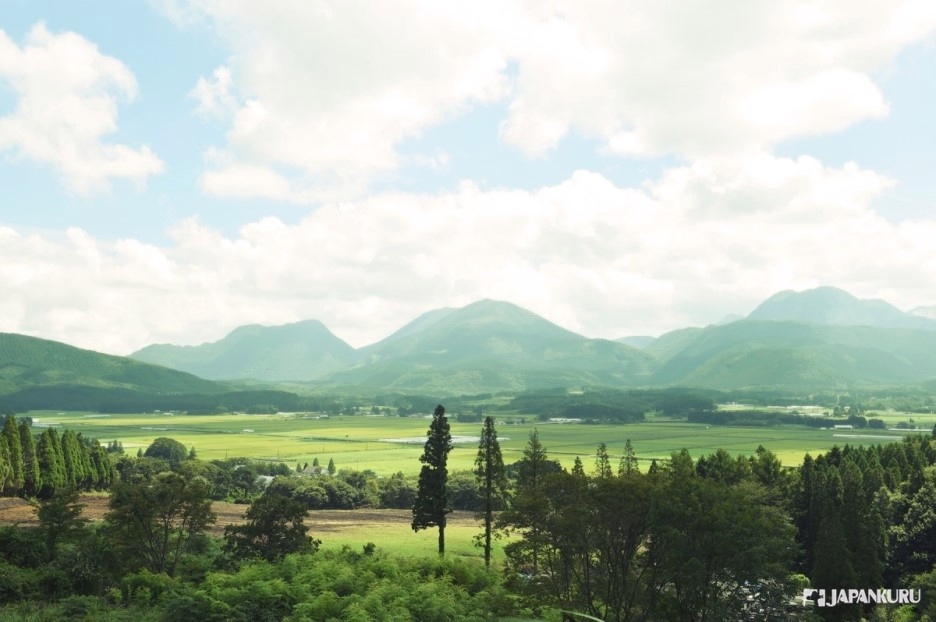 The Japankuru team's trip followed the Yamanami Highway Route, which slips between the mountains at higher and higher elevations, on a path from Beppu, a hot spring mecca on Kyushu's coast, right down to Kumamoto. The highest point along the highway is Makinoto Pass, 1,330 meters high, but the highway also takes drivers within view of the highest point on the island: Mount Kuju. Made up of a little cluster of peaks, the Kuju Mountains include the highest peak on the island of Kyushu, at an elevation of 1,791 meters. One great place to look out at the peaks is from Asahidai Observatory, one of the first must-see stops along the highway. 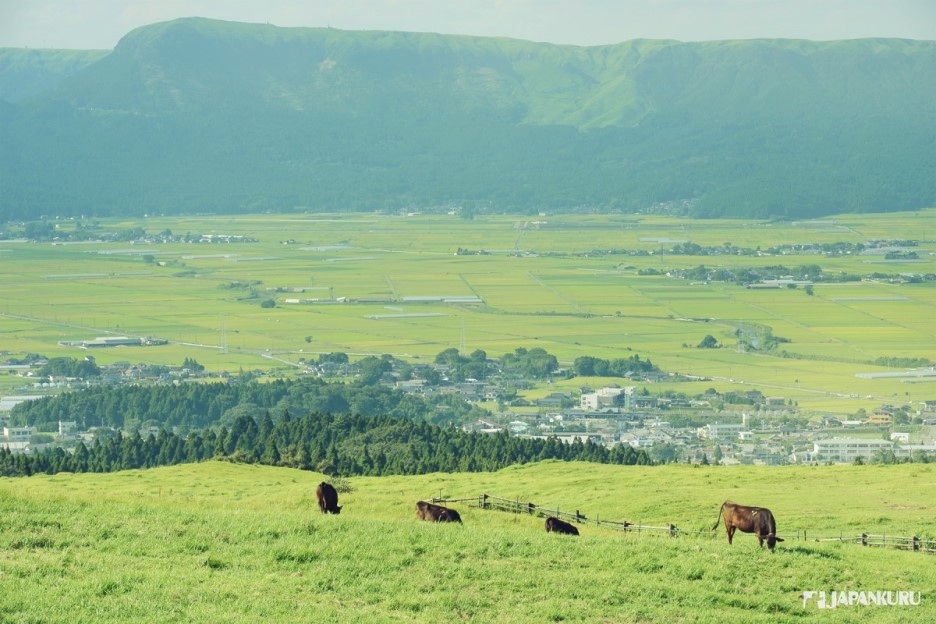 Along the roads that wind their way towards the volcano, you'll see the meeting point between the lowlands―full of farmlands and happy cows grazing in pastures―and the high plateau. You might also see horses out on the plains, but these horses aren't being bred for riding. Kumamoto Prefecture is particularly famous for a Japanese dish called basashi (馬刺し), quite literally horse sashimi. Slices of raw horse meat are eaten fresh with condiments like soy sauce, grated ginger, and garlic. For some travelers, the idea of eating horse can be a little off-putting, but adventurous eaters shouldn't hesitate to give this local delicacy a try. 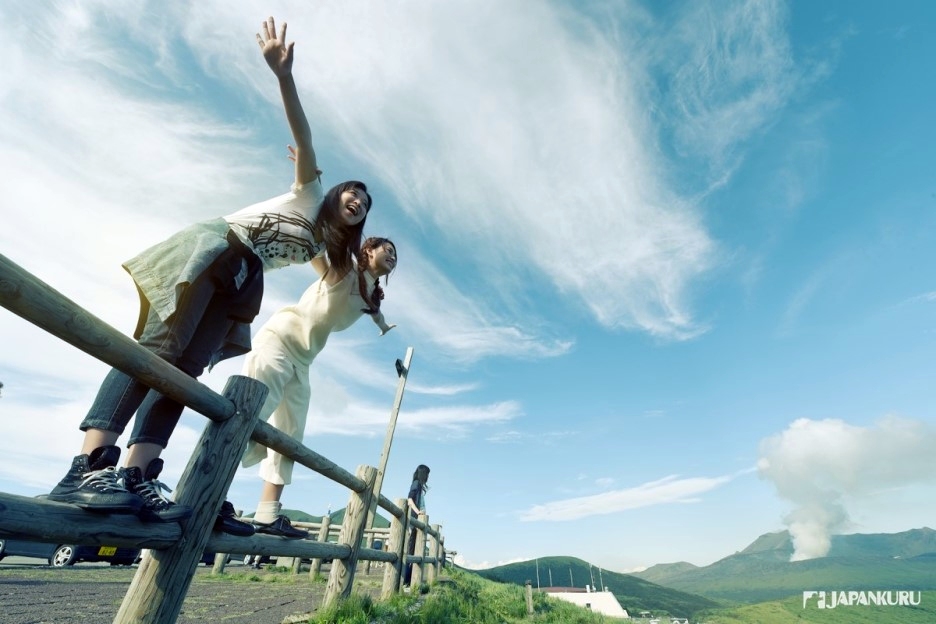 The smooth fields are formed by the Aso Caldera, a result of the volcano collapsing in on itself, and it's one of just a handful of calderas of this size on Earth. At the center is the current Mount Aso, actually made up of five peaks, one of which is topped with a famous crater filled with acidic blue liquid. Mount Aso is one of the view active volcanos where visitors can peak into the depths, but the volcano is constantly monitored―and occasionally closed when the gasses being given off get too dangerous for close observation. But even from afar, the steam billowing up from the volcano is a uniquely beautiful sight all on its own. 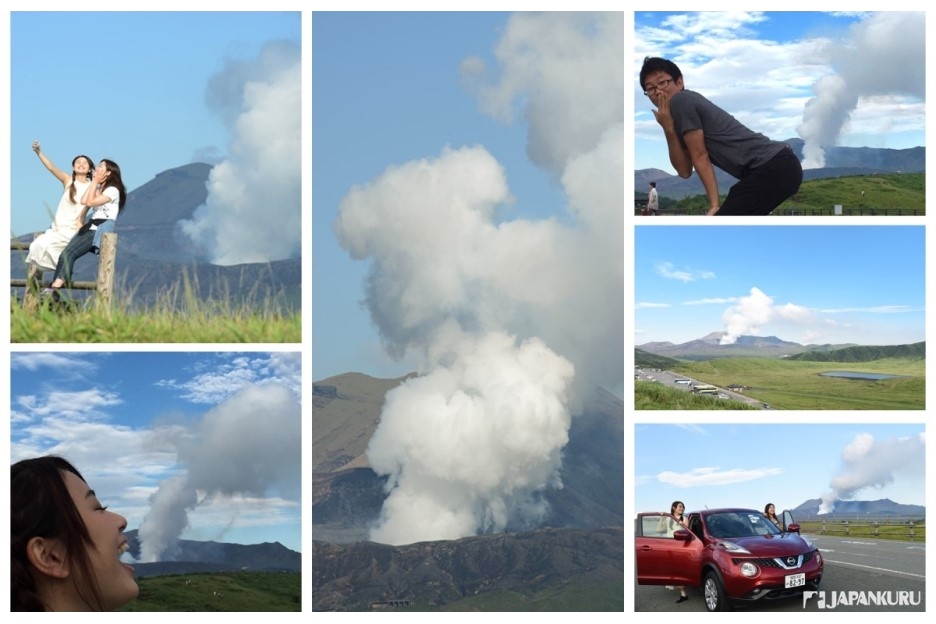 It's also a fun spot for some silly pictures. 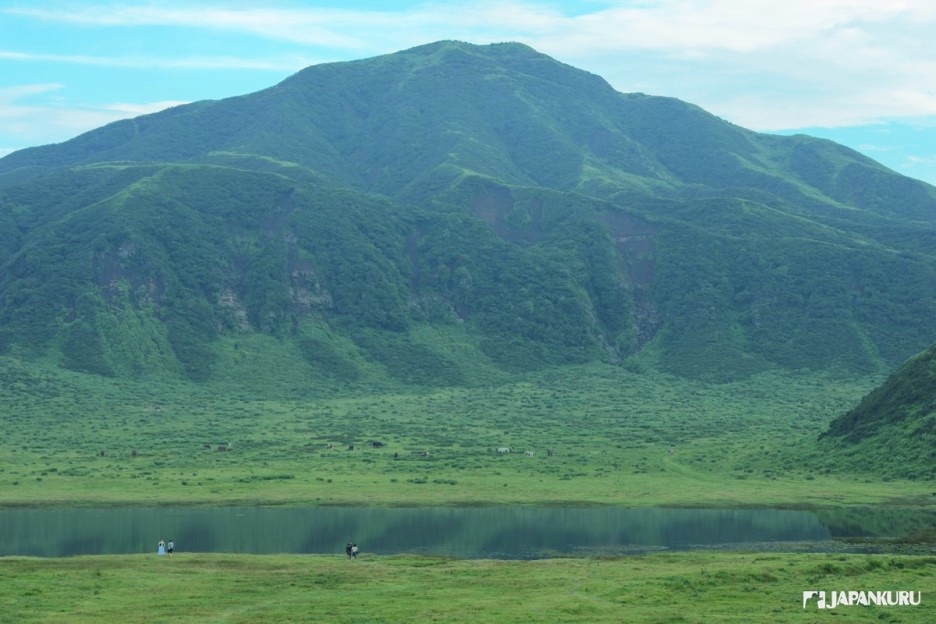 For the ideal shot of picturesque Aso-Kuju National Park, the Kusasenri area provides a gorgeous view of the Aso peaks, with the rippling green and cloudy sky reflected in the shallow lakes. 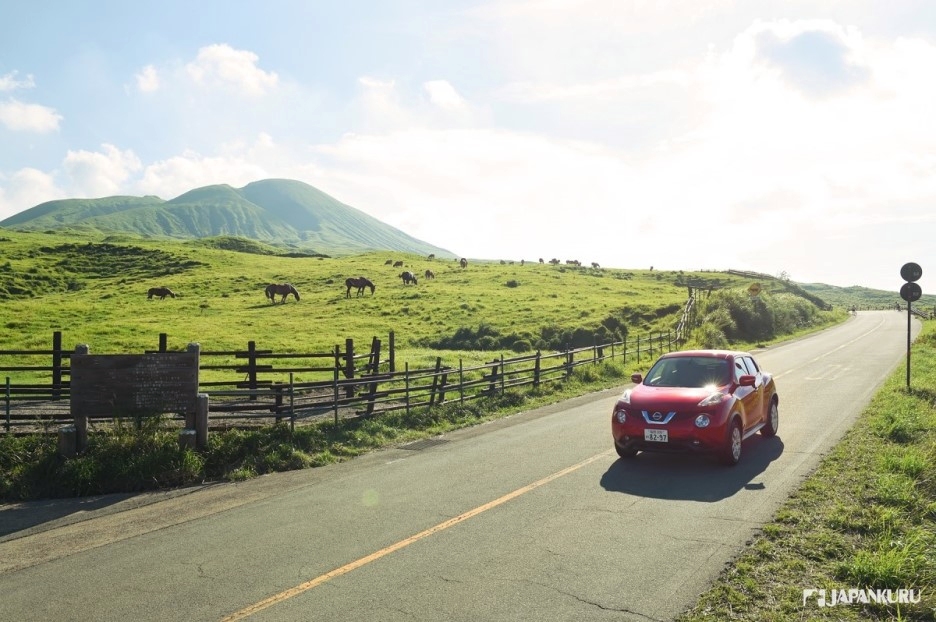 Many tens of thousands of years have sculpted the mountains and surrounding fields of Kumamoto and Oita, while the fertile volcanic soil has covered them in soft green grass. That means that for nature lovers, it's one of the best places on the island for a road trip, as travelers can immerse themselves in the rolling green hills, surrounded by happy herds of cows and horses, with blue-green mountain peaks in the distance. If that sounds like a good trip to you, then next time you make it to Japan, make a plan to head to Kyushu, rent a car, and set out on the Yamanami Highway!