It's said that the gods of Japan gather each year in Izumo, so make sure to go and meet them while you're there! 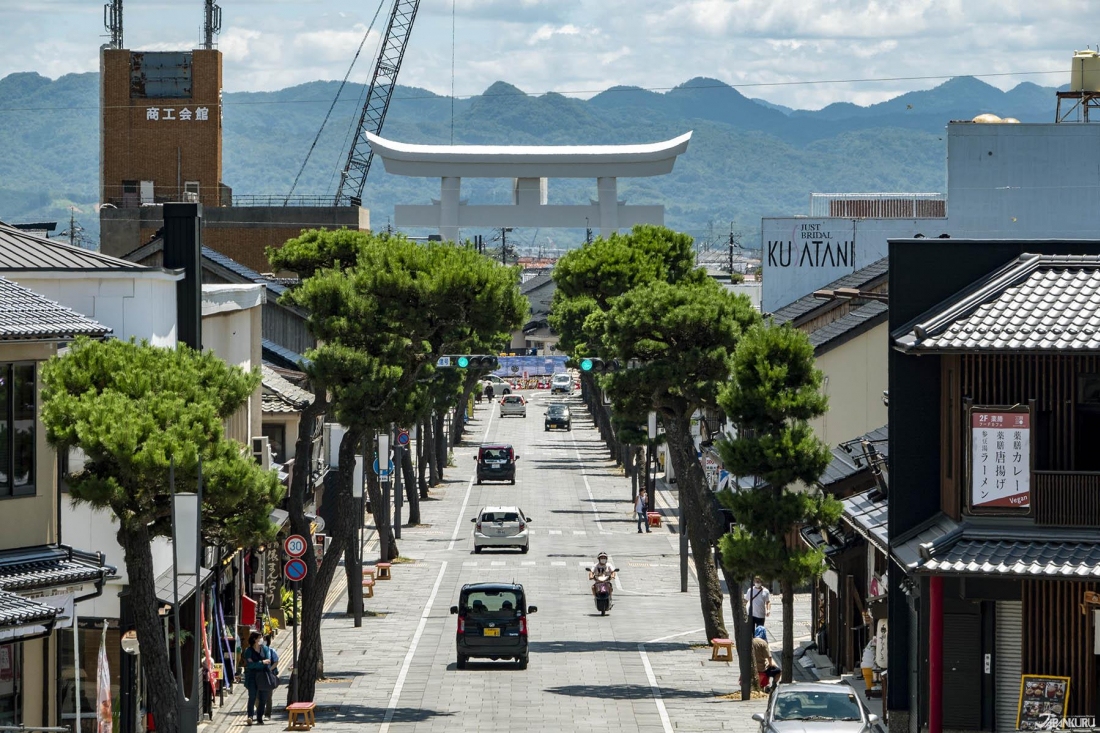 The San'in region on Japan's western coast, facing the Sea of Japan, has long been a central part of Japan's myths and sacred stories. And at the heart of this region is the city of Izumo, a city on the sea that generations upon generations of Japanese people have believed to be a place close to otherworldly things, sometimes calling it the realm of the gods. For those with an interest in the mysticism of Japan's past and the legends of Japan's ancient Shinto religion, Izumo is a city worth seeing. 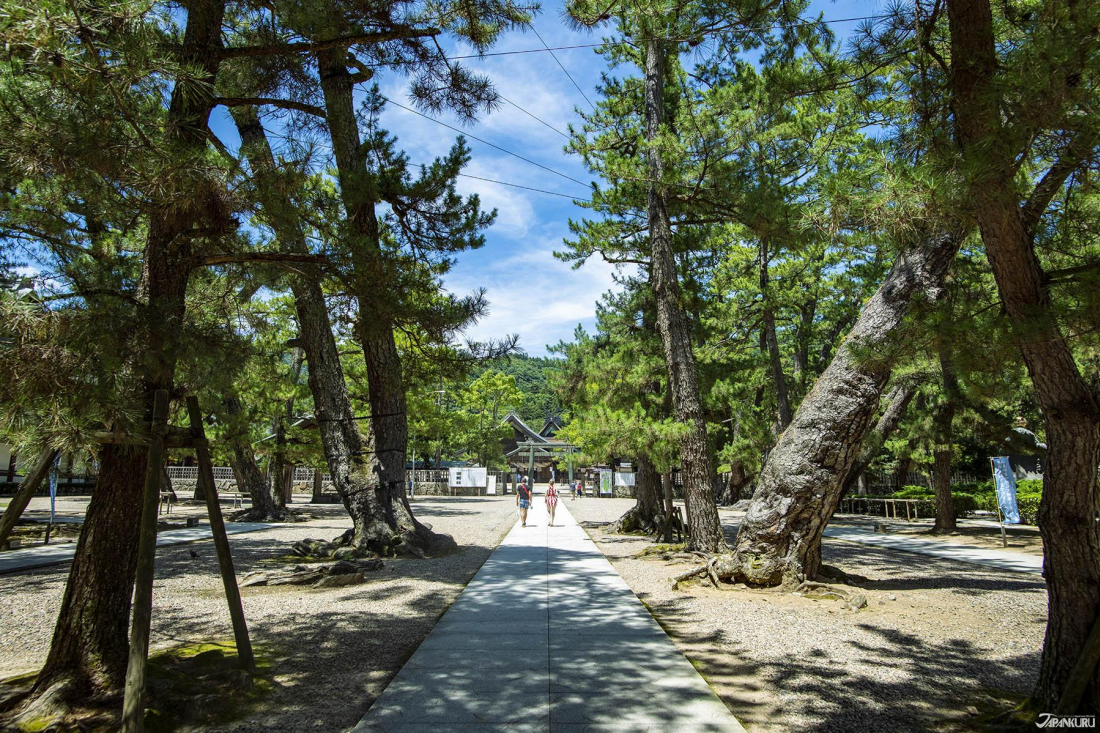 Central to Izumo's importance is the belief that it is a gathering place for the gods of Japan, and legend says that all eight million gods of the Shinto pantheon arrive in the city from all over Japan each year to meet, and decide the fate of the people of Japan for the coming year. This important discussion lasts for the entire 10th month of the ancient lunar calendar (modern-day November), leading most of Japan to call the month "kannazuki" (神無月/month without gods)―of course, the people in Shimane are inundated with gods during this period, and so they call it "kamiaruzuki" (神在月/month with gods). For these millions of gods who come together to make plans for Japan, the obvious place for their meeting is the Grand Shrine of Izumo, often called Izumo Taisha (出雲大社). 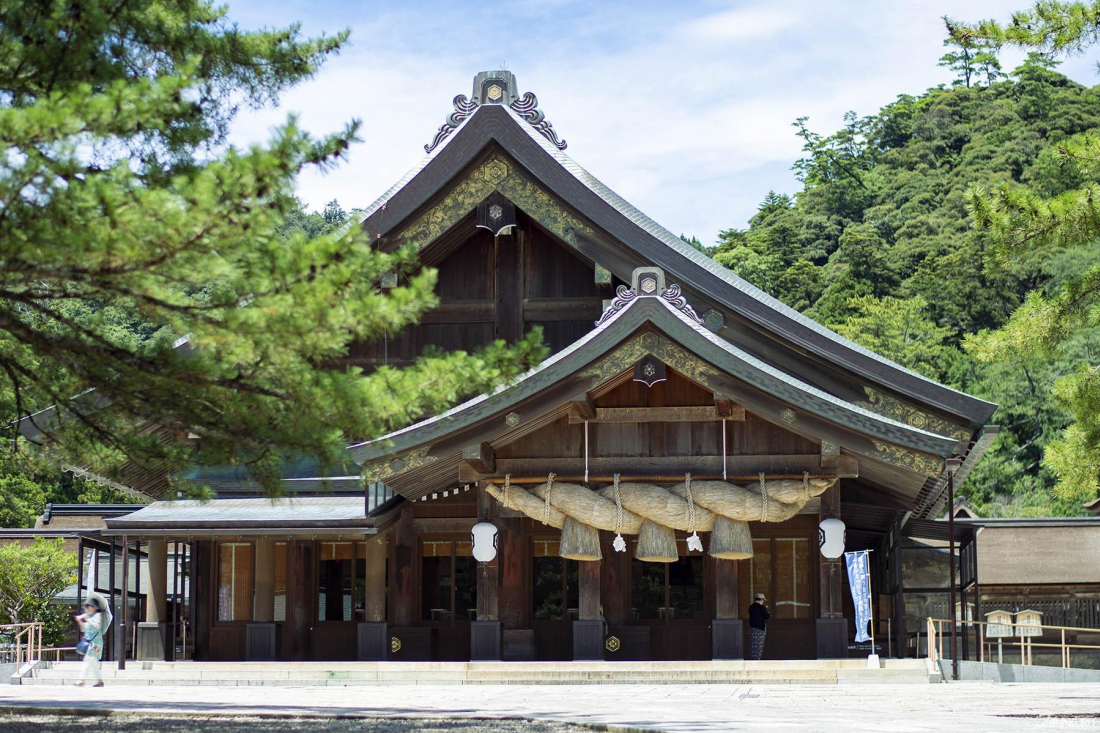 Izumo Taisha is one of the oldest shrines in Japan, with well over a thousand years of history. Its ancient past was even described in the Kojiki and Nihon Shoki, Japan's oldest historical records. Of course the shrine is home to eight million gods for a month each fall, but for the rest of the year, the majestic Izumo Taisha enshrines Shinto gods of matchmaking and prosperity, which means that on top of the crowds of sightseers who visit the shrine each day, it's also frequented by couples who arrive at the shrine to pray for happiness together (or singles hoping for a little extra luck in the love department)! 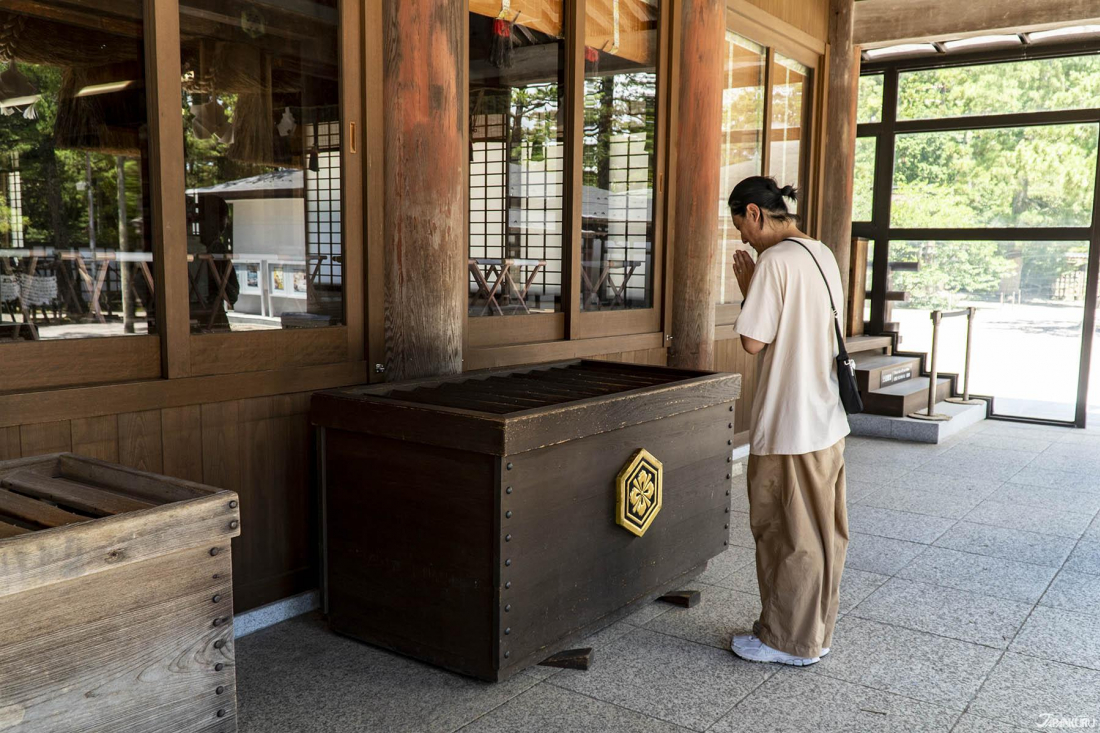 For travelers visiting Izumo Taisha, it's worth keeping in mind that the procedure for praying at this shrine is just a little different from most Shinto shrines! At most shrines, prayers start with two bows to show respect, two claps to draw the gods' attention, and then a final bow showing appreciation after you've finished with your prayers. At the Grand Shrine of Izumo, you make your two bows, and then clap a total of four times before praying and bowing one last time! 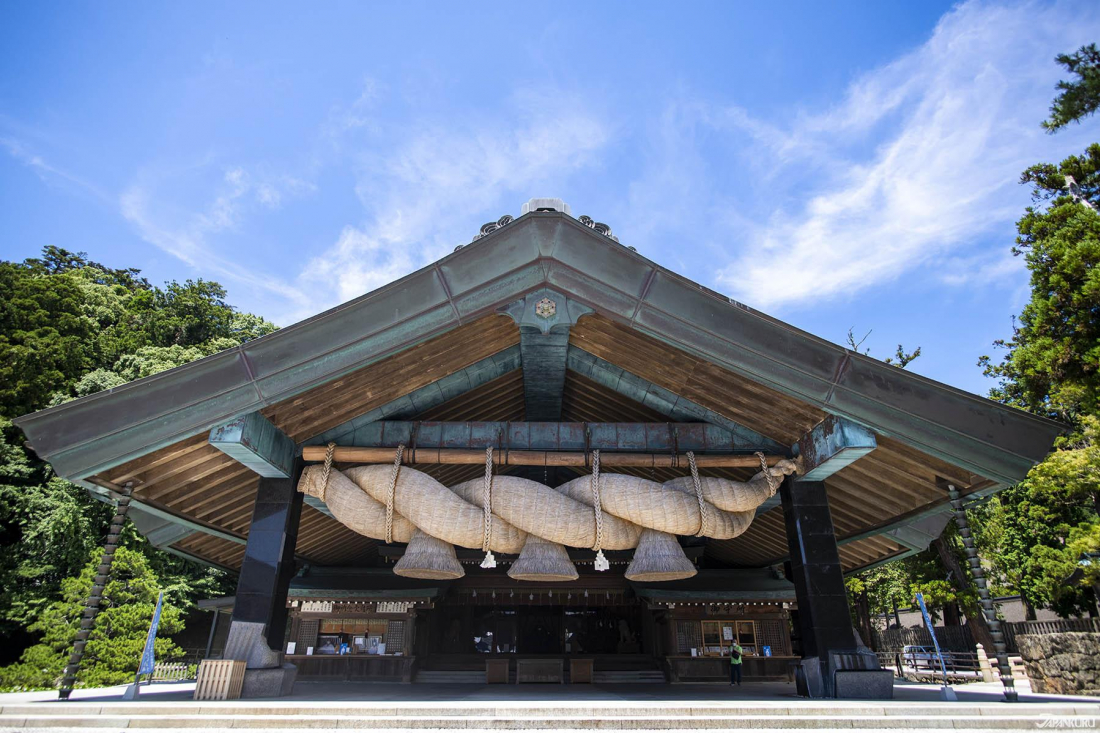 When it comes to appearances, Izumo Taisha is particularly famous for the enormous braided shimenawa ropes (しめ縄) that decorate the main shrine buildings, marking off the boundary between the everyday world and the realm of the gods. The shrine's haiden (拝殿), which is the front building seen first when entering the shrine, has a shimenawa rope that would blow away most shrines around Japan, but the true photo-op is in front of the nearby kagura-den (神楽殿), a sanctuary built for traditional dance and rituals. 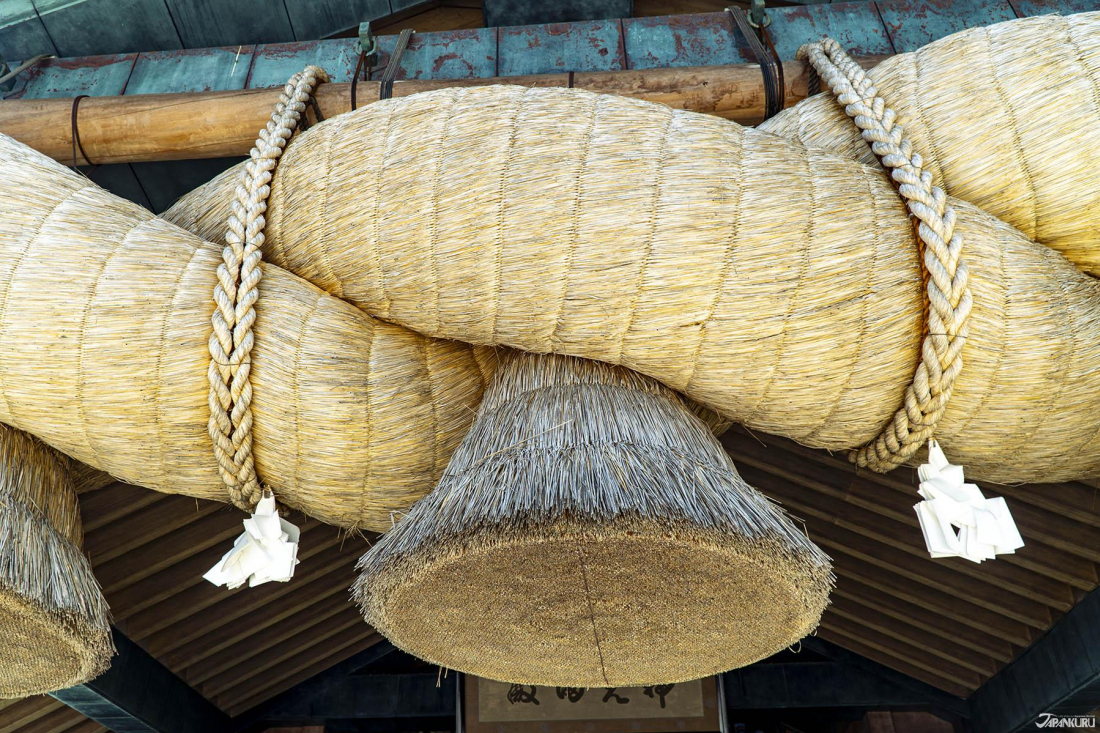 Hanging overhead as you pass under the kagura-den's roof, this mammoth shimenawa is so big that it takes a whole year for experts to construct it out of rice straw. These pros twist together hundreds of smaller straw ropes and bind them together with more sheets of straw, finally forming the huge rope that has become a symbol of the shrine. After a number of years, the shimenawa weakens under its own weight, and if left too long it could even be a danger for shrine-goers walking below. To avoid any risk, the shrine replaces it as soon as they see any signs of weakness, every five to seven years or so. Visitors have nothing to fear as they approach the majestic shrine, praying for good fortune and maybe a little romance! 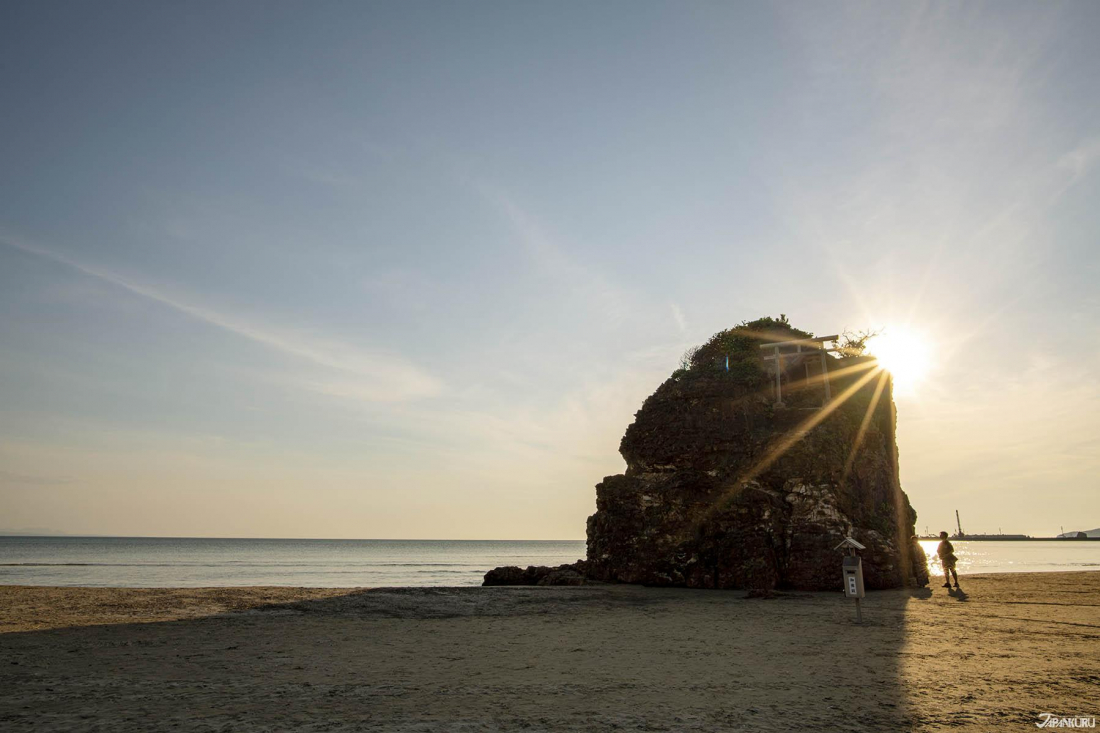 While the gods spend the month hashing things out at Izumo Taisha each year, they don't actually head straight to the shrine when they arrive in Izumo, or so the story goes. Legend says that the initial meeting point for all those gods is actually nearby Inasanohama Beach (alternatively Inasa Beach, or just Inasanohama/稲佐の浜). Each fall, the joyous reunion of the gods is said to take place on this sandy beach just down the road from the famous Hinomisaki, and so the human celebrations that accompany the Shinto event also start from Inasanohama Beach each year. 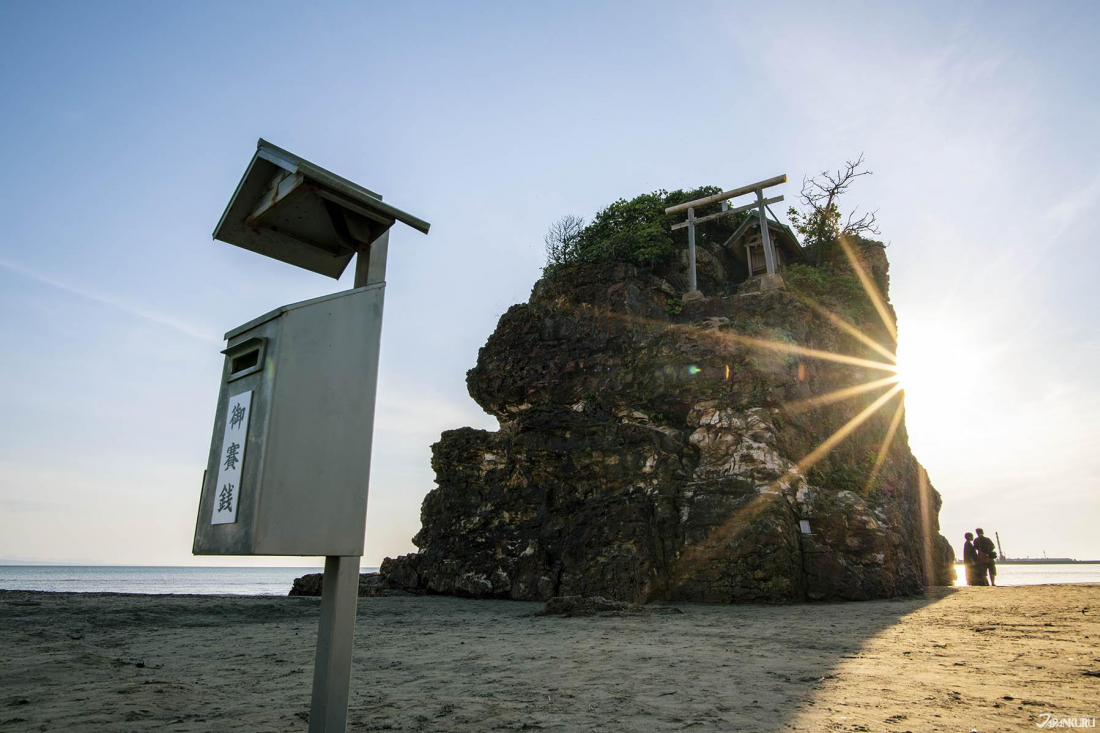 Despite its importance in the realm of Shinto mythology, Inasanohama could be any old beach in Japan, except for one rather striking landmark. Sitting on the edge of the water is a lone enormous rock that towers overhead, called Bentenjima (弁天島). The tall little island of stone on the sandy shore is accented with a small Shinto shrine, complete with its own little shrine gate, tucked into the edge of the rock face. Backlit by the setting sun each evening, it's the perfect place to spend the evening in Izumo, celebrating together with the gods and enjoying the beautiful view.