New Year's celebrations in Japan are totally different from the west, and food is a big part of it!

For many people in the West, holidays like Thanksgiving and Christmas (or perhaps Hanukah or, some years, Ramadan) are chances to spend time gathered with your family, cozy together in the winter weather. New Years, on the other hand, is for many people just a big celebration, and an excuse to get drunk with friends or a special someone. But here in Japan, it's the other way around. The period leading up to New Year's Day is very important for many Japanese families, and features quite a few different traditions.

To this day, many Japanese people write New Year's cards (called nengajou, 年賀状) to friends, family, and those who have affected them in some way the past year. Sometimes, this is hundreds of people! And a bit like spring cleaning in other parts of the world, lots of people maintain the tradition of "osouji" (大掃除), a massive cleaning process meant to help start the new year "clean and pure." Perhaps the most fun part of celebrations, though, come after the new year has begun. In the days following New Year's Eve, people in Japan eat dishes deep with meaning, called "osechi ryori" (おせち料理).
Osechi ryori generally consists of a number of small dishes, each dish treasured and preserved through the years thanks to their special meanings. Not every dish is just plain and simple "good luck"―the ingredients are said to bring whoever eats them a variety of good fortunes. Japanese black beans (黒豆), for example, are meant to be a symbol of health, and also to help you work industriously through the year. Herring roe (数の子; kazunoko), which comes in solid lumps of hundreds of little eggs, is unsurprisingly a symbol of the many children and descendants that will come after you. Eating sweet chestnut dumplings (栗きんとん; kurikinton) is meant to bring financial prosperity, thanks to the golden color of the sweet potato, and sardines (田作り; tatsukuri) are said to bring you a good harvest, thanks to their history of being used by Japanese farmers as fertilizer!

The tradition behind osechi ryori is said to go back as far as the Heian period (794-1185). It was essentially a special meal that was offered to various deities, and also to royalty and aristocrats. Now it is a way to mark the new year, and eaten by anyone who wants to participate in the tradition. Just about every region and household in Japan has its own version of osechi ryori, but in most places, all the little dishes come served in special lacquer bento boxes called jubako (重箱), glossy, black, and a level up from your normal lunch box. The jubako are often separated into two or three tiers, and each layer of the box will have different dishes―altogether, the number adds up to well over a dozen different dishes. 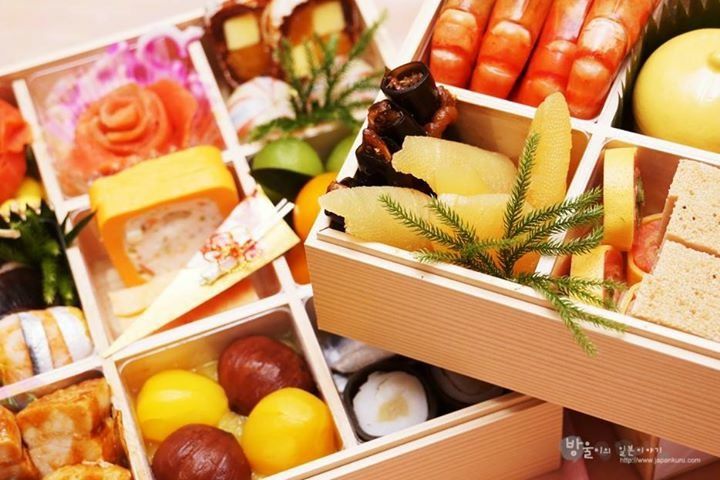 Perhaps owing to its royal roots, most osechi ryori can still be quite pricey, but if you're in Japan for New Year's, then you should think about trying it anyway! It's a fun way to experience one of Japan's many long-lived New Year's celebrations, deep with ancient tradition. (Just don't forget to make your reservations ahead of time. Osechi ryori is eaten at home, but it's basically impossible to purchase day-of.)

Be sure to check JAPANKURU🐶 for more exciting articles every day!!