Perfect for any music-lover (or history buff!) 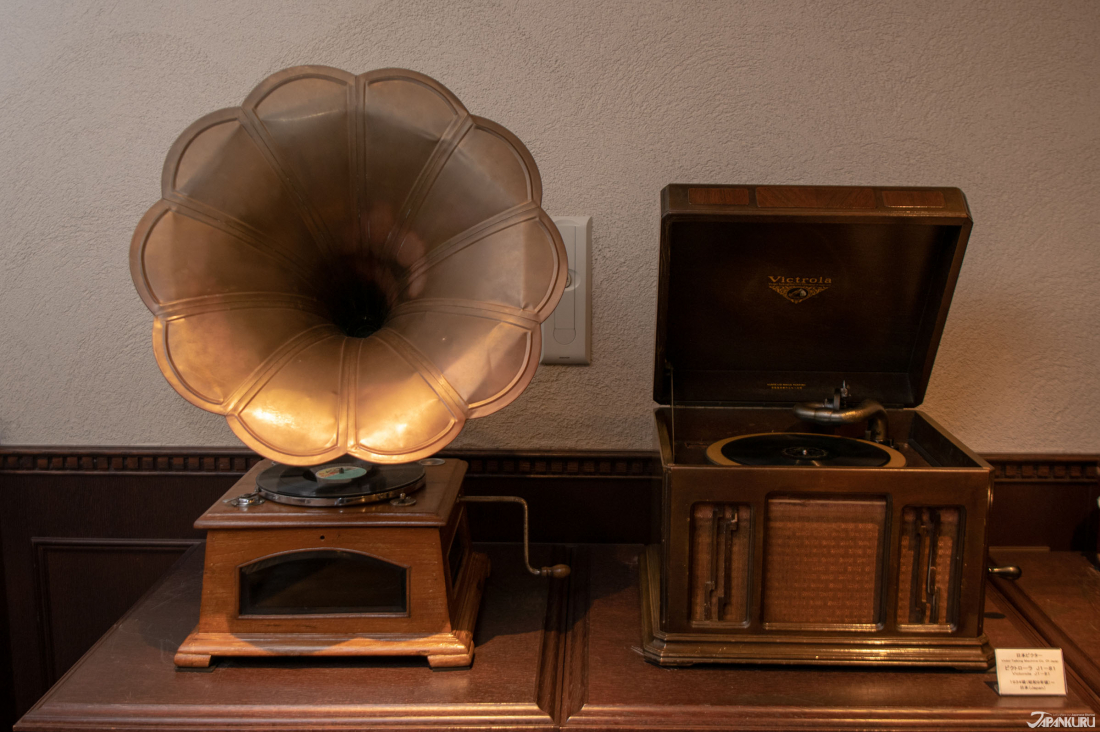 Kanazawa has no shortage of charming, classical attractions throughout the city, making it a perfect fit for the Kanazawa Phonograph Museum, which possesses a collection of 20,000 SP records (78-rpm recordings) and 540 phonographs that are mostly still playable today. Located just a 5-minute walk from the northern edge of Kanazawa Castle Park and nearby the banks of the Asano River, the museum was founded by a local man with a passion for collecting early recordings and their analog players, which is one of the finest collections of its kind in Japan today. It is rare to interact with such an impressive collection of gramophones, which may likely expose younger generations to a part of history unfamiliar to them, given many students these days have grown up relying on digital media in place of physical recordings.

A Local Shop Owner Shares His Passion with the Public

The museum's origins start with Hiroshi Yokaichiya, a passionate collector and entrepreneur who owned a phonograph shop in the area prior to World War II. As the popularity of phonographs began to dissolve with the introduction of newer recording technologies, Yokaichiya-san continued to collect phonographs and SP records, including broken ones that he would nimbly repair before adding to his collection. Once his collections reached a sizeable number, he donated them to the Kanazawa City Government, which opened the Kanazawa Phonograph Museum in 2001 to display to the public. Hiroshi passed away in 2003, and the museum is now operated by his eldest son, Noriyuki Yokaichiya, who continues to restore phonographs and add them to the already impressive collection.
The museum contains a range or early phonographs and SP records from the 19th and 20th centuries, many of which are surprisingly still playable today. Demonstrations are conducted three times a day at 11:00 a.m., 2:00 p.m. and 4:00 p.m., with each demonstration lasting around 30 minutes. The collection contains a range of notable early models invented by Thomas Edison and Victrola Credenza, and visitors are provided the opportunity to listen to recordings from different machines built at varying times to compare sound quality and musical stylings.
If you're an audiophile, this should be a pleasant experience for you and worth the trip when visiting Kanazawa. You can check demonstration times and the types of recordings scheduled to be played by checking their official website here.
During our visit, we spotted one of the early "His Master's Voice" logos, which incorporates a painting of a mix breed dog named Nipper listening to a phonograph, which was created by Francis Barraud, an artist and the brother of the dog's first owner. The origin of the logo's design is supposedly quite sad, though. The story goes that when Nipper's owner died, the dog still associated the sounds coming from the gramophone with his first master. When the gramophone started playing a tune, Nipper would sadly and expectantly turn his head towards it. Perhaps he was indeed hoping to hear "His Master's Voice."

The image came to be known as a symbol of quality and excellence by the Victor Talking Machine Company and is still known to be used in advertising and throughout popular culture today.
Be sure to look at JAPANKURU🐶 for more exciting articles every day!!