Tanabata Around Japan: 5 Places to Celebrate a Great Romance of Japanese Folklore

Tanabata Around Japan: 5 Places to Celebrate a Great Romance of Japanese Folklore

The Tanabata story is about quite literally star-crossed lovers. 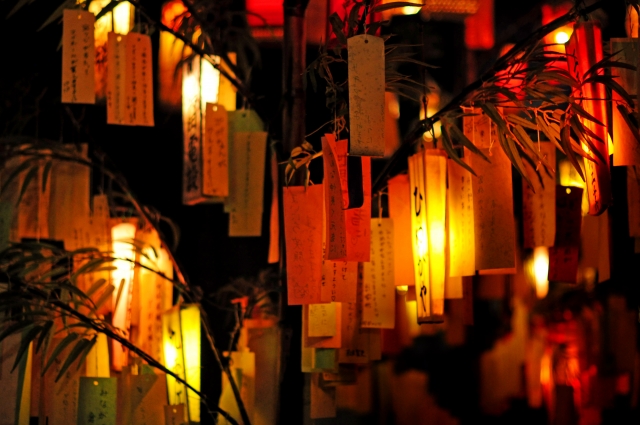 Each year, on the seventh of July, two stars appear to dance around each other in the nighttime sky. In Japan this day is celebrated as the festival called Tanabata (七夕), which literally means "the evening of the 7th." In Japan, the two stars at the center of the Tanabata story have names: Orihime, the weaver star, and Hikoboshi, the cowherd star. In truth, these are actually two very real stars. In English we usually call these two heavenly bodies Vega and Altair. But the legendary figures of Orihime and Hikoboshi are the stars of a great romance in Japanese mythology, and the 7th of July is a day to celebrate their story. Some even think of Tanabata as something of a traditional Japanese take on Valentine's Day, making it a particularly fun day for couples. (Although Japan takes actual Valentine's Day quite seriously as well!) But anyone can celebrate the holiday by visiting shrines and gathering with loved ones, writing down their wishes for the year, and hanging them on long lengths of bamboo in hopes that they come true. Tanabata celebrations around the country are fun to visit with that special someone, or whoever else you may be spending time with! If you've already checked out some of the other major festivals in Japan and you're looking for something new, don't miss this summertime event!

The Jishu Shrine is a little Shinto shrine in the shade of the larger Buddhist Kiyomizudera Temple in Kyoto. But it has its own popularity and a strong following, since it's dedicated to the Shinto gods of love (and has been since before the formation of Japan itself)! Whether you're looking for love, hoping to maintain a strong relationship, or even trying to fend off a love rival, this shrine is set up to aid you in your attempts. During the shrine's Tanabata festival, you can write down your heart's desires on little paper dolls of Orihime and Hikoboshi, and hang them on the conveniently placed bamboo plants.
Jishu Shrine's Love Fulfillment Tanabata Festival
Address: 1-317 Kiyomizu, Higashiyama, Kyoto
Date/Time: July 7 | 14:00~
Access: From Tokyo Station, take buses 86, 206, or 100 to Gojozaka Bus Stop, walk 10 min., or 30 min. walk from Keihan Kiyomizu Gojo Station.
Official Website

Thanks to differences in the lunar calendar and Gregorian one, Sendai chooses to have its Tanabata festival in August! Probably the biggest Tanabata celebration in the country, the most striking feature of this festival are the brightly colored streamers and paper decorations that are hung above the main drags and shopping arcades. The Sendai Tanabata celebration has been going on since the time of Date Masamune, who became the first lord of the Sendai area in the 17th century. Now the locals of the area work hard to create these paper decorations and create a magical environment, day and night. There's even a big fireworks festival the night before Tanabata is celebrated, making it a perfect time to check out Sendai.
Sendai Tanabata Festival
Address: Various Shopping Arcades, Sendai City Center, Miyagi
Date/Time: Aug. 6~8 | 10:00 - 21:00
(Fireworks the evening of Aug. 5th.)
Access: Sendai Station
Official Website

Shonan Hiratsuka Tanabata Festival: Dancers and Much, Much More

The Shonan Hiratsuka Tanabata Festival is always a major Tanabata celebration in the Kanto region, and this year shouldn't be any different. With traditional ceremonies, parades and impressive floats, Tanabata weddings, stages with a variety of performances, and more, it's an event with plenty to do. The three-day festival will include some of the expected Japanese festival stalls and fun around Hiratsuka Station, but one of the particular draws is a parade of 1,000 dancing participants. Dressed in yukata, the dancers make their way through the streets, attracting locals and foreign visitors alike to watch the progression.
Shonan Hiratsuka Tanabata Festival
Address: 7 Beniyacho, Hiratsuka, Kanagawa
Date/Time: July 5~7 | ~21:00 (final day ~20:00)
Access: Hiratsuka Station
Official Website

Asagaya Tanabata Festival: An Intersection of Traditional and Pop Culture

The Asagaya Tanabata Festival has been going on for more than 60 years since 1954, and has been so popular that other festivals have supposedly been created in an attempt at competition. But the festival has evolved with the times in a fascinating way, taking advantage of the Japanese Tanabata tradition of large paper lanterns, and creating them in extremely modern forms. From anime and movie characters, to athletes, political figures, cute animals and more, visit the festival for a variety of interesting paper creations. If you're interested to see the slow change of the decorations from more traditional forms to the modern ones we see today, the festival's web page includes links to great galleries from past years' celebrations (although there have always been some unique ones!) 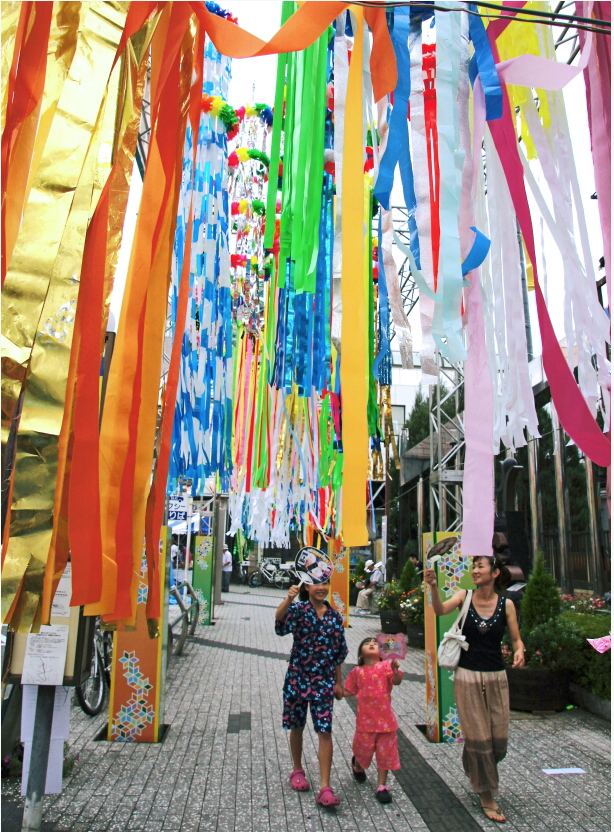 Fussa Tanabata Festival: Participants Give it that Local Charm

Located in the Fussa area of western Tokyo, the Fussa Tanabata Festival has lots of local flair. With more than 100 stalls set up as part of the street festival, there are plenty of neighborhood shops out and ready to serve food and fun to the masses. Plus, the festival will include a stage scheduled with lots of performances from residents, in addition to their yearly Princess Orihime Contest.


Fussa Tanabata Festival
Address: Fussa Station, Honcho, Fussa, Tokyo
Time/Date: Aug. 1~4 | 14:00 - 20:45
Access: Fussa Station
Official Website
So, do you have plans for Tanabata yet? If you're in Japan during July or August, go find your nearest celebration!

Or, if you want some other fun things to do in Japan this summer, take a train to enjoy some beautiful hydrangeas, see some beautiful fireworks, or take a trip down to Okinawa.