Commemorating 12 Years of Attack on Titan with One Last Recruitment

Attack on Titan finally came to an end this April after 12 years in publication, and on June 9th, the final volume was published with the very last five chapters of the manga. With the end of the anime not far off either, the end of this massively popular manga has been an emotional moment for otakus all over the world, getting to see how the story finally ends while also knowing that there's no more to come! But to commemorate the important event, Weekly Shonen Magazine, which has been publishing the manga, decided to do a little something special for all the fans, which they're calling the "Last Survey Corps Recruitment" (最後の調査兵団募集). The website, which reminds us quite a bit of the "Jump Maker Character Creator" from 2020, allows fans to realize their dreams of dedicating themselves to the cause and becoming a member of the Survey Corps... or just make their own fun Attack on Titan character. Take a look at how it works!

Join the Corps! Option 1: Put Together Your Own Attack on Titan Character

The custom character creator lets you mix and match a selection of hairstyles, face shapes, eyes, noses, mouths, bodies and clothes from a variety of different Attack on Titan characters, before choosing the perfect background and even just the right sound effect to slap on top. They're all done in the startling style of Hajime Isayama's illustrations, and fans will probably be able to pick out which features are borrowed from which characters. 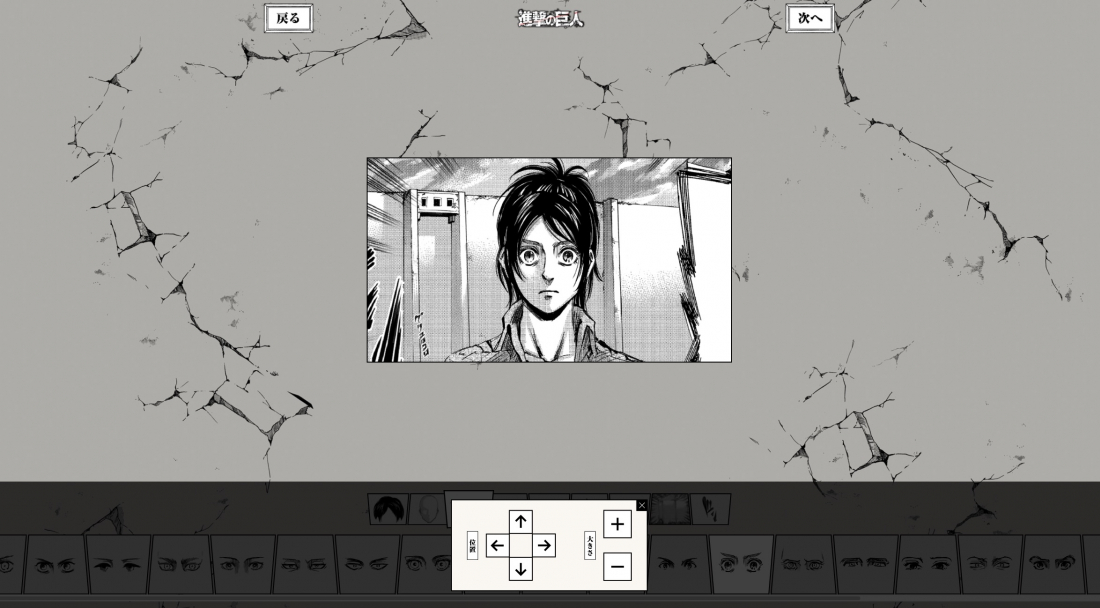 To add to the fun, and let you make some truly customized (and truly strange) faces, the character creator also lets you adjust the size and position of the eyes, noses, mouths, and eyewear as you go. This really takes the customization options to the next level! 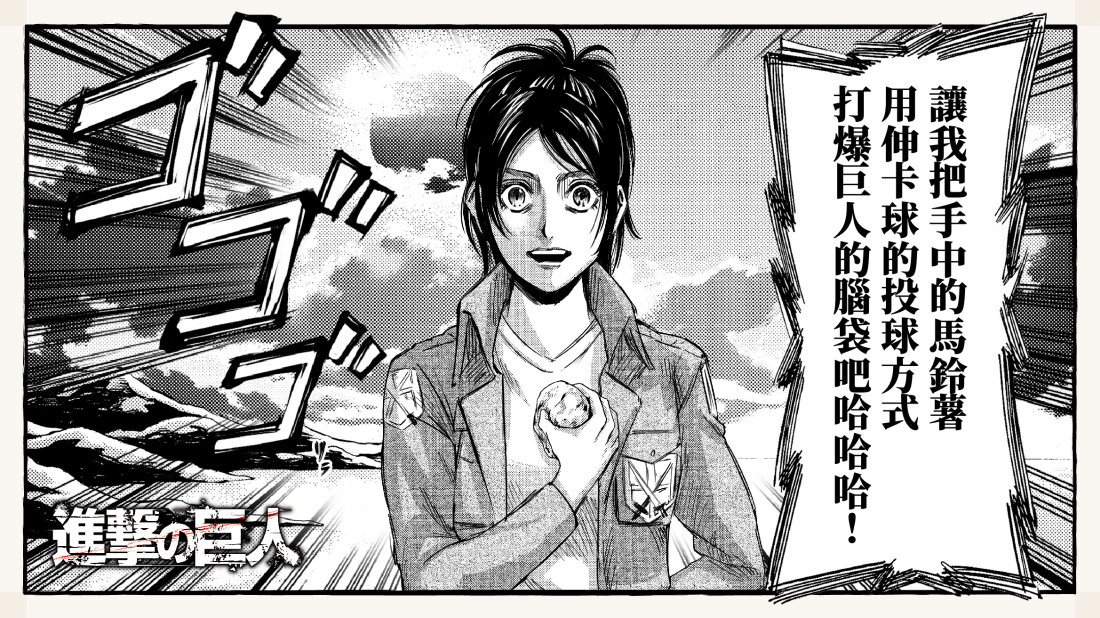 Finally, you can add your own text, declaring your commitment to the Survey Corps... or whatever else you might want to declare at the moment. The preset text options it offers are in Japanese of course, but you can enter text in any language you want, including English or Chinese. It all goes vertical like the text in a Japanese manga, though! For my first character, in Chinese, I wrote something along the lines of "this potato in my hand, I'm going to throw it like a pitcher, and hit a titan in the head!"

Join the Corps! Option 2: Upload Your Own Photo or Drawing 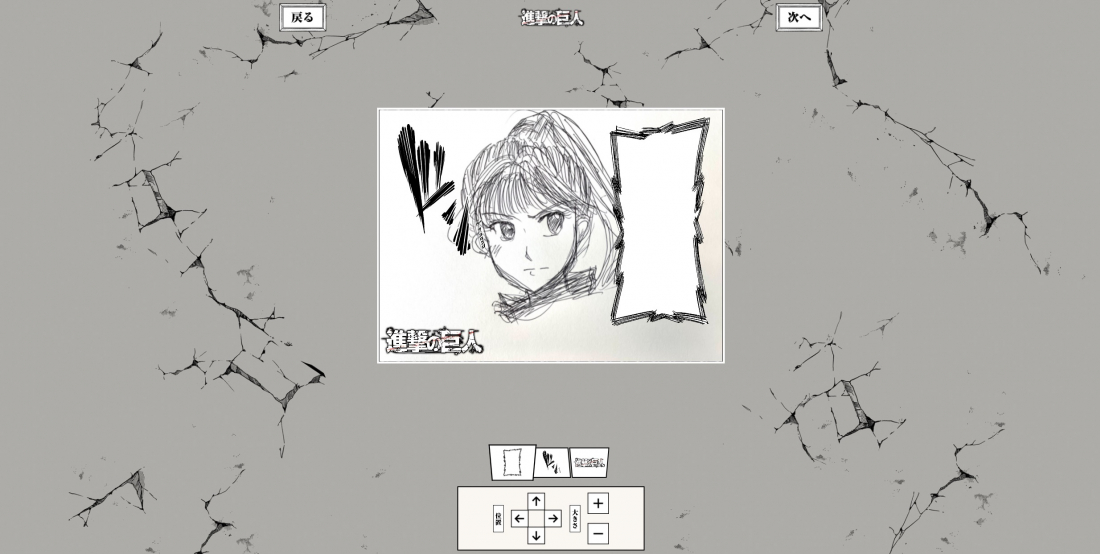 Not quite satisfied with the illustrations of Hajime Isayama? Itching to use your own illustration of an Attack on Titan character or OC? Maybe you'd rather use an actual photo of yourself? (Or even a popular meme, perhaps.) Well, this second option is for you. After uploading whatever image file you choose, you can edit the sound effects and logo, and of course add your own dialogue as well. 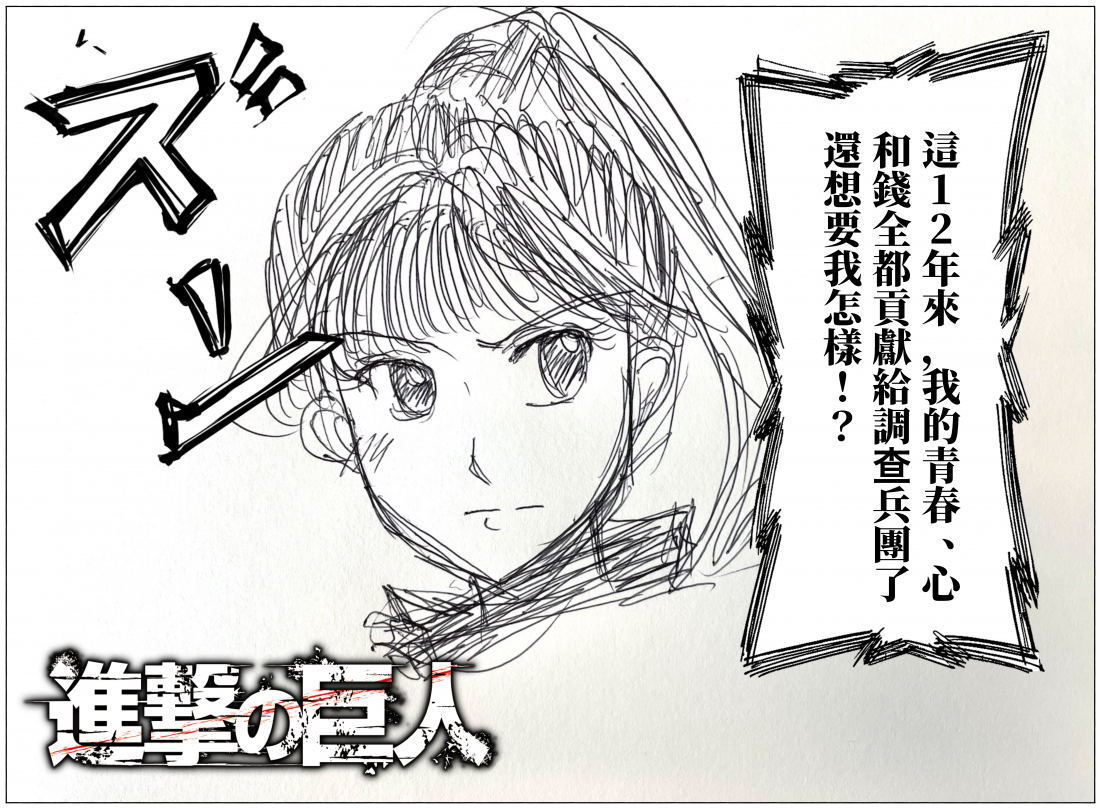 I quickly sketched up my own character for this very purpose, and since she already looked oh-so-fierce, I had her say "for the past twelve years, I've given my youth, my heart, and my money to the Survey Corps. What else can I give!?"

After you're done creating your character and editing the text to perfection, you can download the image and share it to your heart's content! And don't forget to tag Japankuru!

Are You Ready to Face Your Fears in the Survey Corps?

There are still a few months to go until the release of the final volume of Attack on Titan in English, so while you wait, why not join in on the celebrations by joining the Survey Corps together with Attack on Titan fans all over the world?