Ever wanted to slide down a Lickitung? Now you can, in Fukushima! 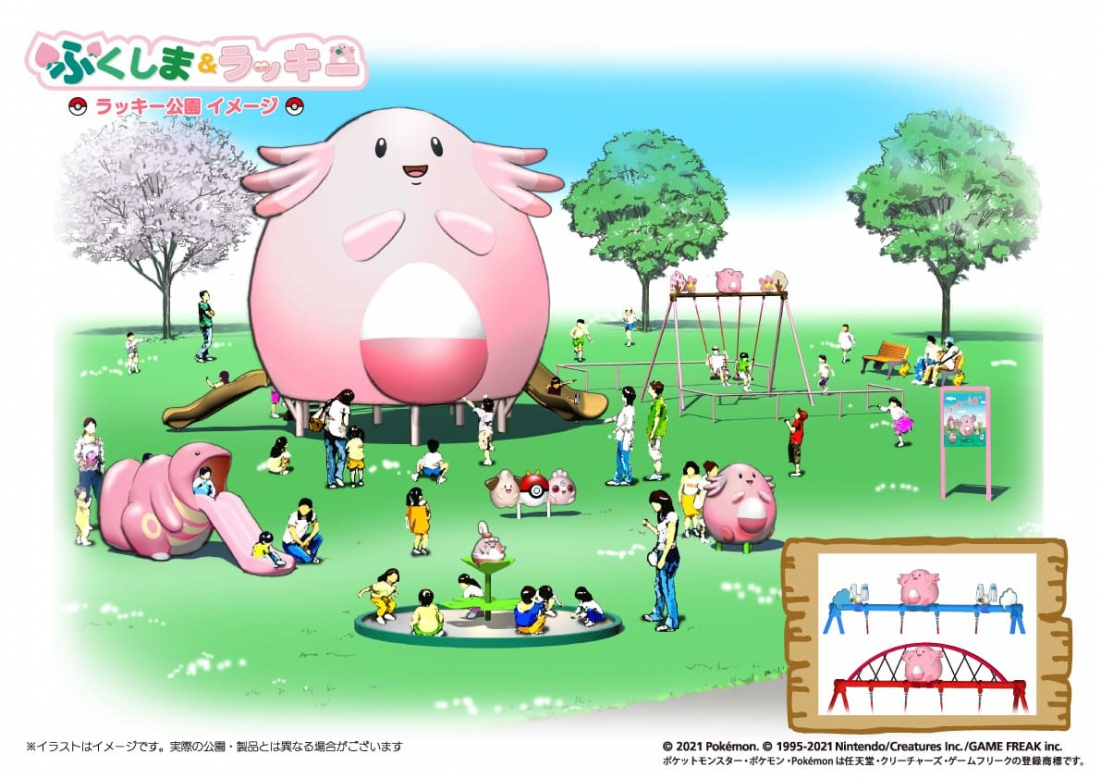 No, Lucky Park isn't a Pokemon theme park. For that, readers should look no further than this recent announcement from Universal Studios Japan detailing their new Pokemon area. Instead, what the prefecture of Fukushima officially opened on December 12th is Japan's very first Pokemon-themed park (the kind with grass and benches). In this little park in rural Japan, Pokemon-loving kids can now climb, slide, and play all over a brand-new Pokemon playground. 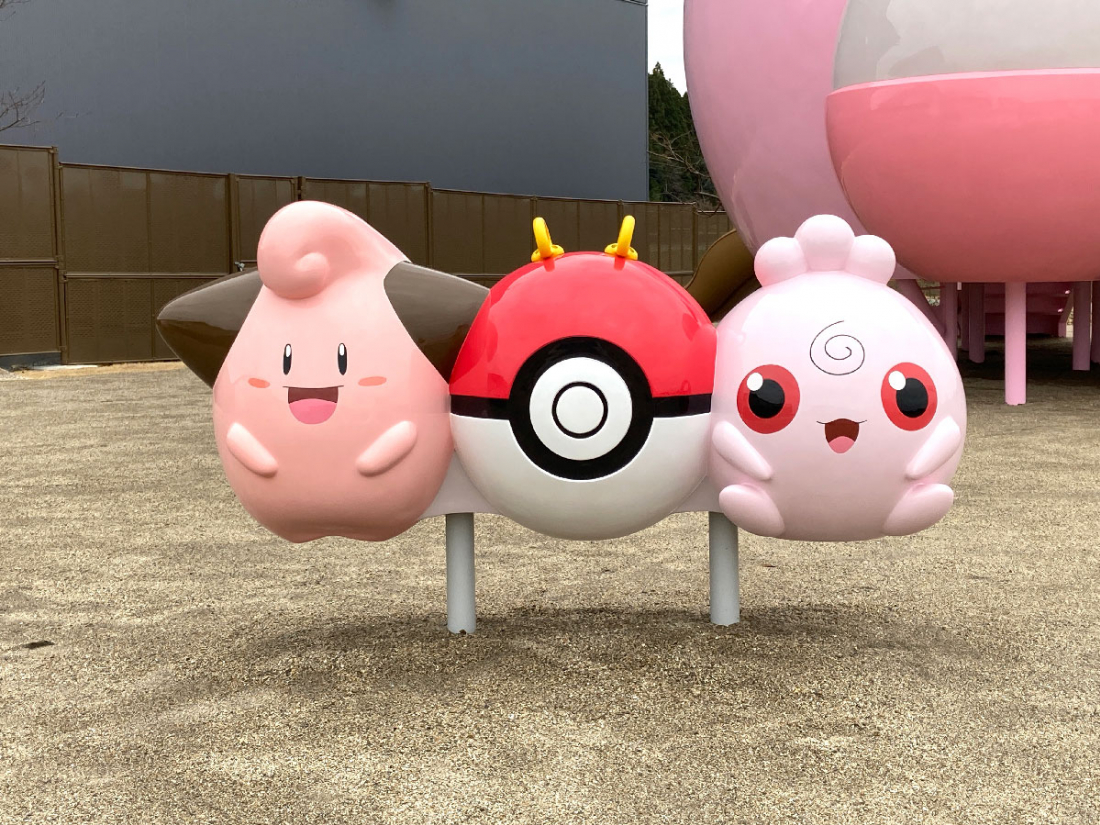 Ten years ago, the massive 3/11 Tohoku earthquake rocked the eastern coast of Japan, first with the tremors of a magnitude 9 undersea quake, and then the following tsunami that hit the shores soon after. While even distant cities like Tokyo felt the effects of the shaking, some spots in Japan's northeastern Tohoku region were just about wiped away, and Fukushima Prefecture was one of the worst affected. In the following decade, recovery efforts have taken on many forms, and recently locals have been working to revitalize the small city of Namie. This spring, the opening of a new destination rest stop in Namie, complete with a unique Muji retail location, attracted attention from the media - including our own Editor L.

This winter, Pokemon has added yet another reason to visit this unique rest stop, by constructing a new Pokemon playground right next door. Why Namie? The father of Pokemon's original creator Satoshi Tajiri hails from this little seaside town, inspiring the Pokemon Company to play a part in helping the region with post-disaster reconstruction and reviving local tourism, and perhaps even inspire people to move to Namie. After the town was evacuated due to the disaster, many residents never returned, and young children all but disappeared from Namie's streets. The government's aim is clear, hoping that building attractive facilities like this Pokemon playground will bring visitors old and new to the area, some of whom might even decide to stick around. 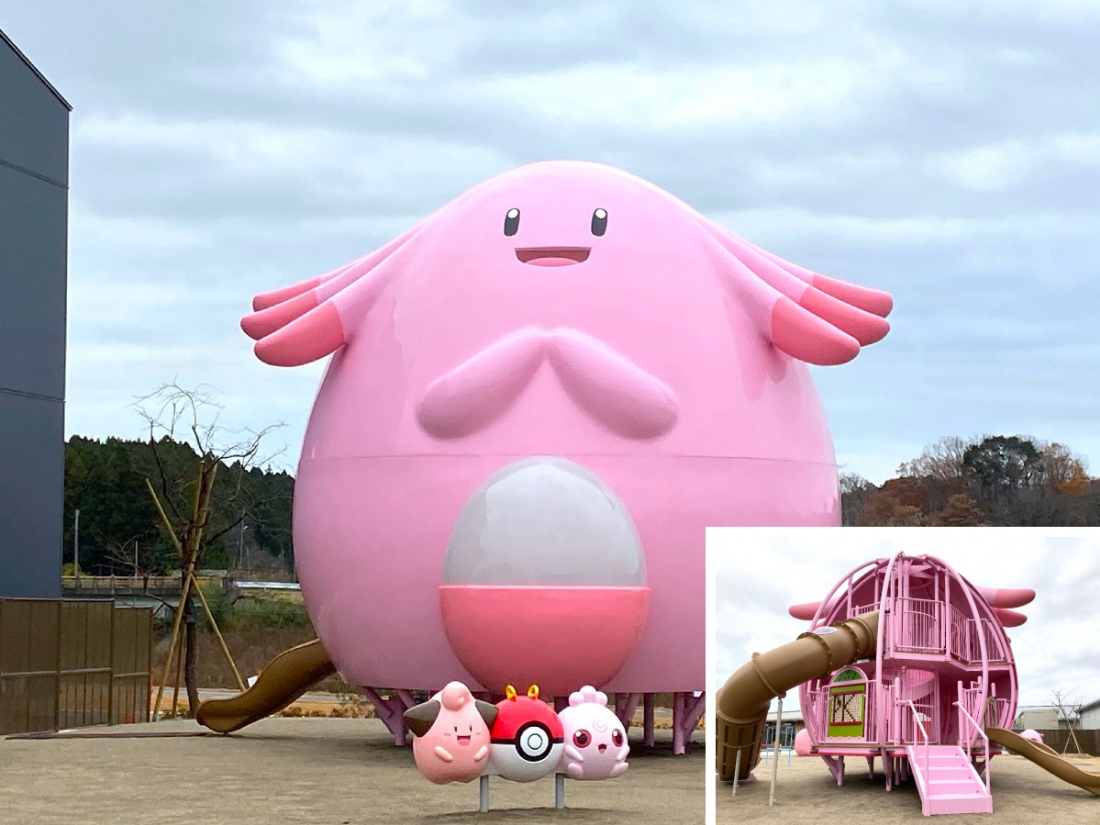 Called "Lucky Park," the playground is actually named after the Pokemon character Chansey, which is one of many Pokemon with a different name in English and Japanese - and also a designated "Fukushima support Pokemon." So, while a handful of different Pokemon show up in the playground facilities, Chansey sets the theme for the whole pale-pink arrangement. Construction began after the Pokemon Company partnered with the Fukushima Prefectural Government in early 2019 and donated six pieces of playground equipment. The star of the show is a huge two-story Chansey that children can climb up and slide down, towering six meters into the air. Nearby, a swingset decorated with another Chansey and a pair of Wingulls is painted a bright sky blue, and another mass of pink is actually a slide shaped like Lickitung, and yes - you do get to slide down Lickitung's tongue! There's also a smaller Chansey hidey-hole, a two-person Cleffa and Igglybuff swing, and a sand box watched over by a friendly little Happiny. When it's time to take a break, visitors can also sit down and relax on the park's shockingly adorable Pikachu bench. 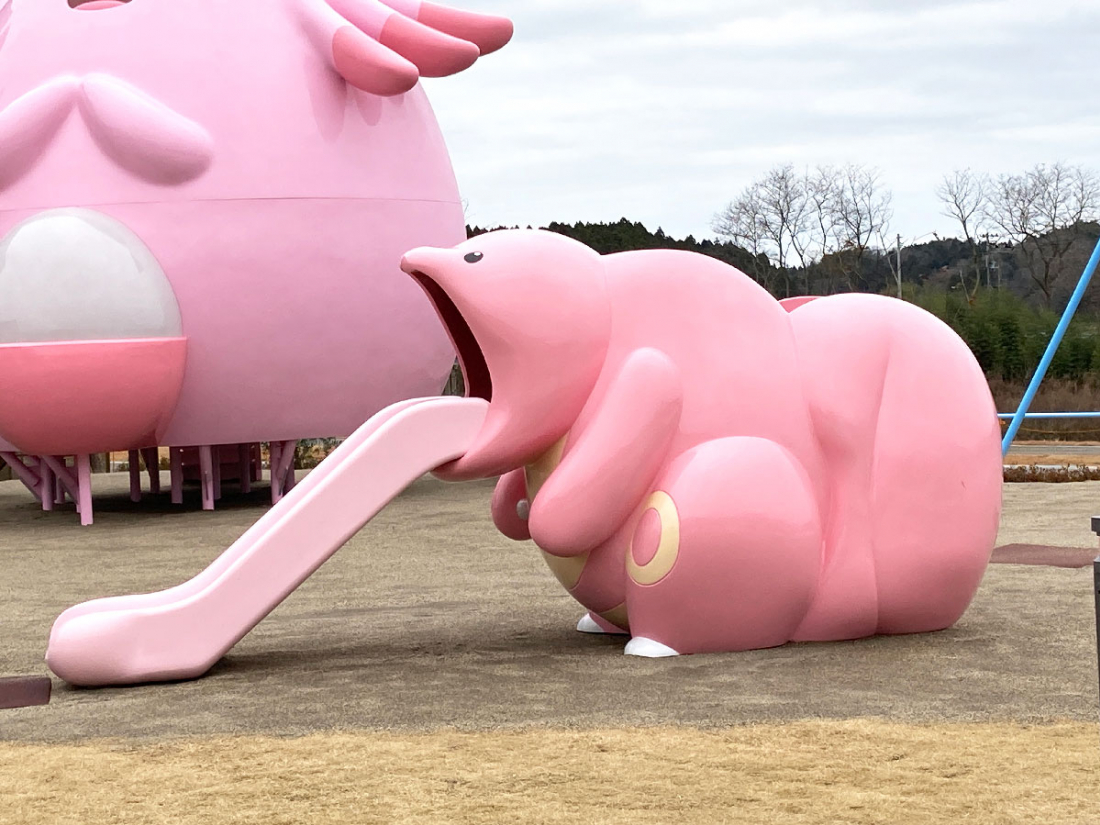 Fortunately for Pokemon fans everywhere, this might be the first "Pokemon Park," but it won't be the last. The Pokemon Company has mentioned plans to donate similar playground equipment to a number of other locations, starting next spring with other Fukushima towns and cities like Koriyama, Yanaizu, and Showa, before moving on to building facilities all over Japan. Pokemon fans hoping to visit Japan some day in the future - keep an eye out for Pokemon playgrounds wherever you visit! (Or travel Japan to catch 'em all!)