Okonomiyaki, Takoyaki, Giggly Pancakes, and More! 7 Famous Dishes You Must Eat in Osaka

Famous Food to Try in Osaka That Will Blow Your Mind

Osaka is basically food heaven. They have a ton of amazing food and a majority of it is at a reasonable price. But each region in Japan has what is considered to be their regional famous food; Tokyo has monjyayaki (もんじゃ焼き), Kyoto has yudofu (湯豆腐), Nagasaki has champon (ちゃんぽん) and sara-udon (皿うどん), etc. Since Osaka is becoming one of Japan's most visited places, we figured it'd be best to list some of Osaka's best and most popular food. 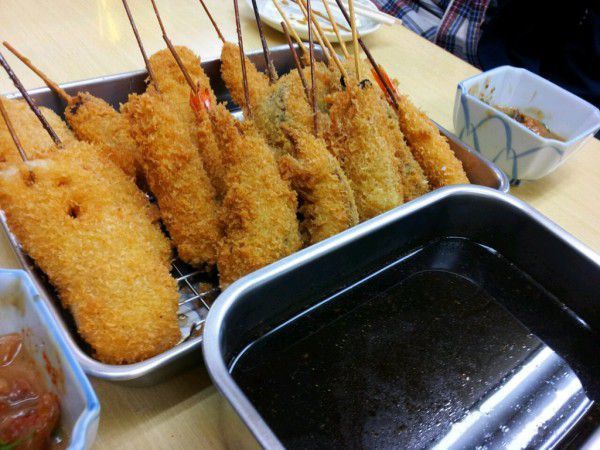 Kushikatsu are skewers of meat, seafood, or vegetables that have been breaded and deep-fried until golden and golden. Some stores have special skewers, but typical items on a menu include pork, beef, shrimp, pumpkin, onion, lotus root, quail egg, small green peppers, asparagus wrapped in bacon, and shiitake mushrooms. The best way to eat kushikatsu is by dipping it in the Worcestershire sauce (if you haven't noticed, Japan likes Worcestershire sauce) or you can eat it with a flavored salt. If you do dip the skewer in the sauce, there is a strict rule on double dipping. Since at most restaurants, the sauce is usually shared between the customers. Kushikatsu Daruma (串かつだるま) is beyond popular and you will most likely see a long line of people. Another popular place among locals is Asahi (串かつ・ホルモン専門店 朝日) in Shinsekai (新世界).

Rather than mentioning a specific food, you can also grab a variety of local Osaka food to eat while you walk around at Kuromon Ichiba Market. It was originally a market where some Namba restaurants would get their supplies from but somewhere along the way more shops opened access to everyone making it one of Osaka's most popular tourist spots. Sushi and sashimi are primarily the most popular things to eat here, but you can find any sort of meat or vegetable to try here. 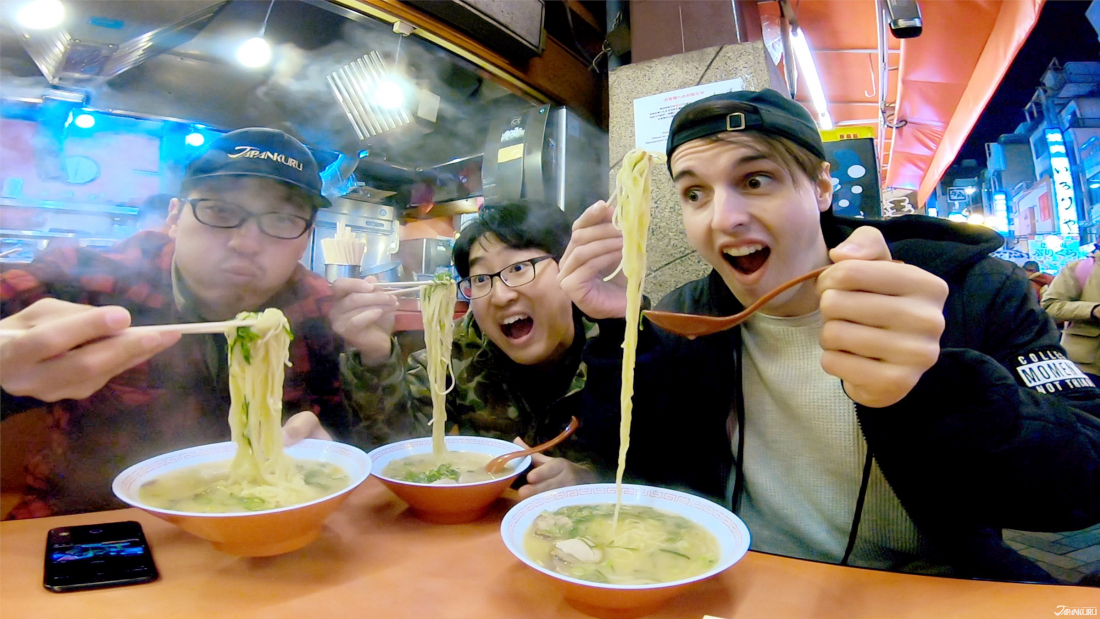 Famous Dishes You Must Eat in Osaka

Osaka of course has so much more food to offer! Jiyuken curry, pufferfish, "horumon" (intestines), ramen, yakiniku, even the first omurice ever was created in Osaka. You are sure to eat something delicious during your stay. Be sure to keep in mind a few of these foods and restaurants we mentioned and add them your check list when you travel to Osaka!