Breakfast ramen isn't just a sad sign that college is getting to be a bit much, it's a real Japanese tradition, especially in Fukushima. 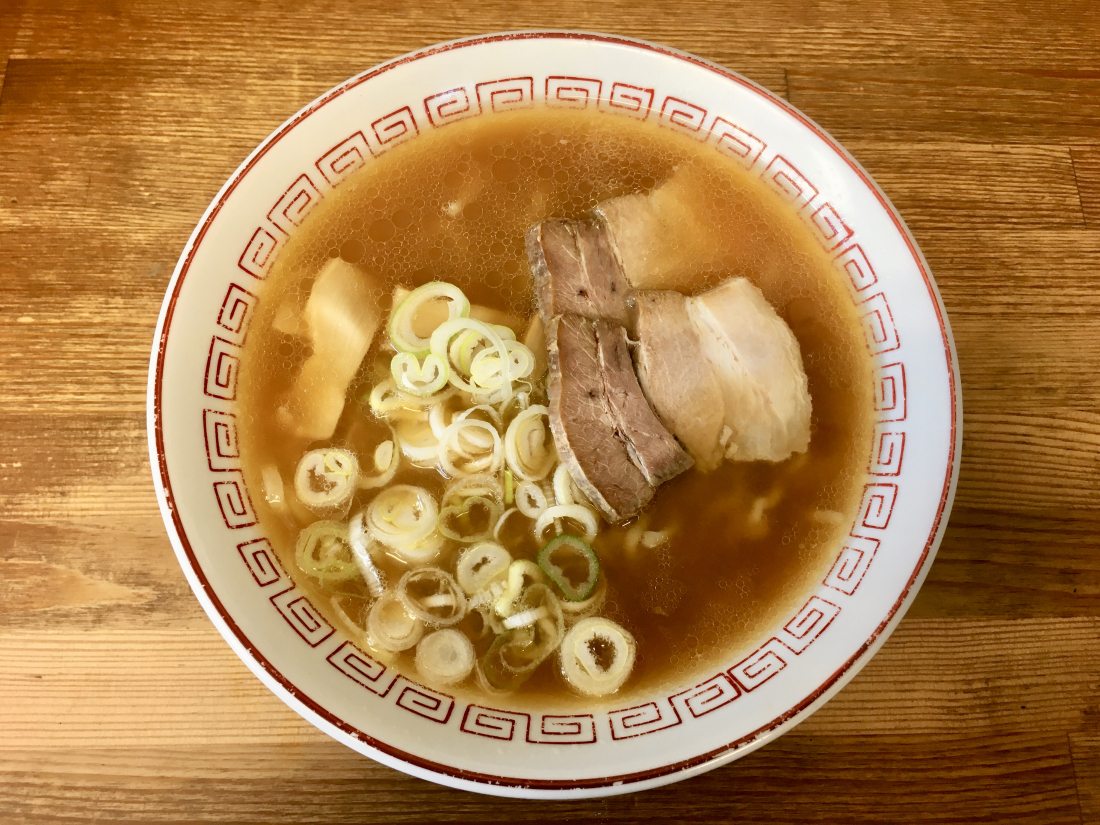 It turns out, slurping up the springy noodles and salty broth of ramen first thing in the morning isn't just the kind of thing misguided college students do when all they've got is instant noodles and an empty stomach. When I recently found out that a ramen shop in my neighborhood of Tokyo opened every morning at the astonishingly early hour of 7 am, I knew I needed to find out more about just what was going on there, and what the fuss was all about.

Breakfast Ramen Is a Regional Thing! 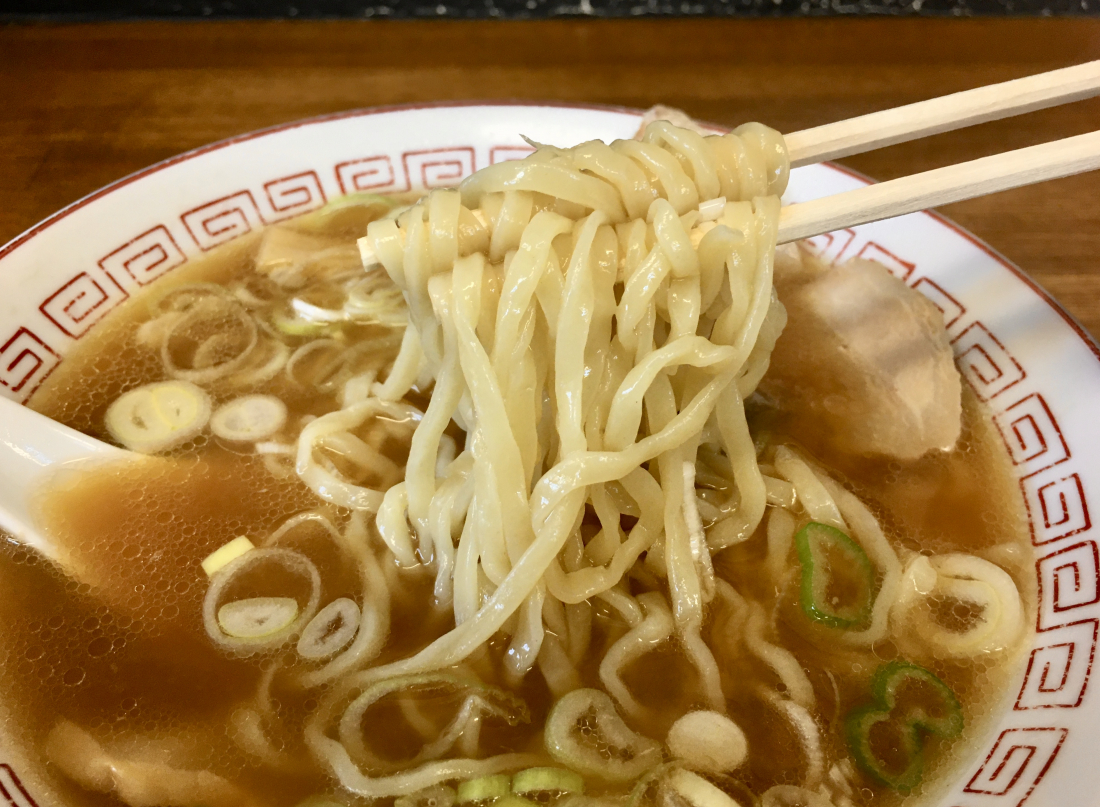 Apparently, ramen for breakfast is something of a tradition in two distinct regions of Japan, and my local ramen shop carries on the legacy of one of those areas: Kitakata, Fukushima. The Japankuru team actually stopped into one of the most famous restaurants in Kitakata to try their unique Kitakata ramen while we were traveling around the Aizu region! There are many, many ramen shops in Kitakata, and a few theories as to why a number of them have been opening early in the morning since the 1960s. Perhaps it was to cater to shift workers at the local aluminum plant, or farmers finishing their dawn chores (or even to make up for a lack of late-night business when the red light district closed). The exact reason is probably a combination of all of those things.

When we visited Kitakata ramen shop at a fairly reasonable lunch hour, little did we know that they had been open for half the day already!

Which brings us back to my little morning adventureーI arrived at the restaurant shortly after opening, and when the ramen was brought to my seat, it was barely 7:30 (am!). Kitakata ramen is known for having broth with deep pork-infused flavor, but a light, clear texture (very unlike the creamy, rich soup of tonkotsu ramen). The noodles are also unusually broad, giving them great texture that really holds onto the flavor. Topping my bowl were a couple slices of chashu roast pork, giving me a little protein to start the day. 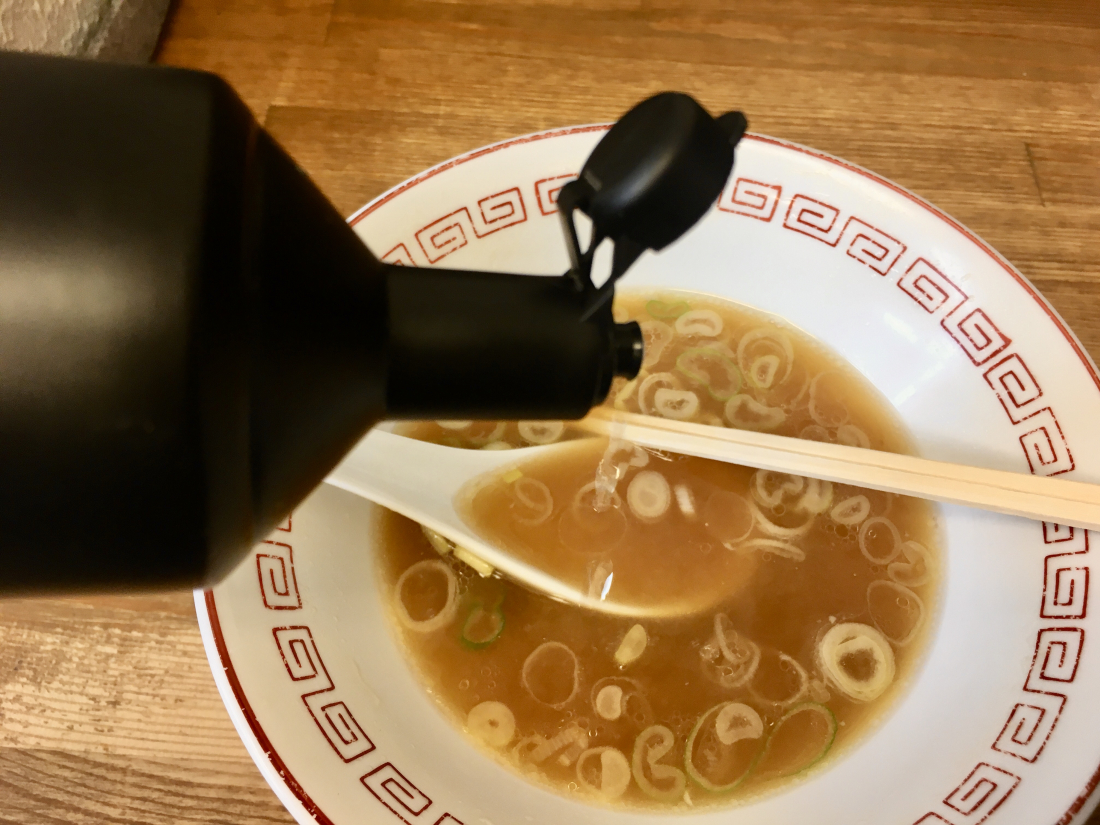 On the table in Kitakata ramen shops are a few condiment options, including vinegar. The acid of vinegar is often used to cut through oily foods, but when it comes to ramen, the Kitakata style is somewhat low-grease to start with. Since the broth is so incredibly savory, the vinegar instead provides some nice contrast to the intense flavor.

At first glance, ramen in the morning does seem kind of ridiculous. But why is that? Why do we balk at noodle soup for breakfast? I think, at least to some extent, it's because ramen can so easily be a rich, heavy meal, full of oil, salt, and carbohydrates. But... while light breakfast cereal and fruit might be a popular breakfast option in much of the world, so is a platter of pancakes, bacon, and eggs, or a breakfast burrito. This ramen was certainly salty and full of carbohydrates, and ramen just doesn't taste good without some kind of fat, but the light texture and simple, deep flavors of Kitakata ramen do seem to make it a good breakfast option! Dashing some drops of vinegar on my last few noodles and finishing the bowl, I expected to be weighed down all day, but I felt surprisingly light and ready to go!

Where Else Can You Get Breakfast Ramen? 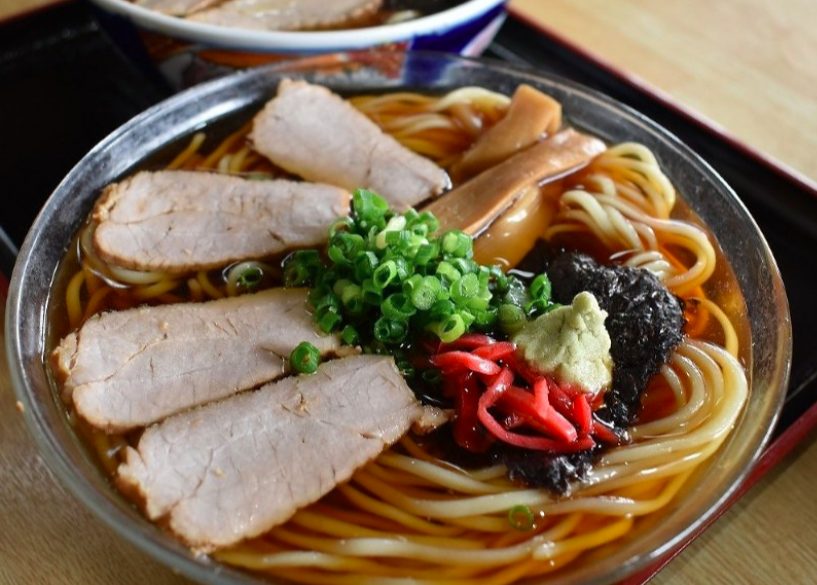 The other major destination for breakfast ramen is the area formerly called the Shida District, found in present day Shizuoka Prefecture. The origins of breakfast ramen seem a little more clear in Shizuokaーthe region is very famous for green tea, and farmers harvesting the tea have to get up even before the crack of dawn to start the day during the spring. When ramen shop Marunaka in the city of Fujieda opened in 1919 and began selling their ramen early in the morning, it attracted tea farmers who had just finished their morning work. The local Shida ramen is generally made with a soy-sauce base, and Marunaka (along with other morning ramen providers) offer the noodle soup in both hot and chilled versions. Apparently, it's not uncommon to order both the hot and cold ramen at the same time, and eat them as a set. 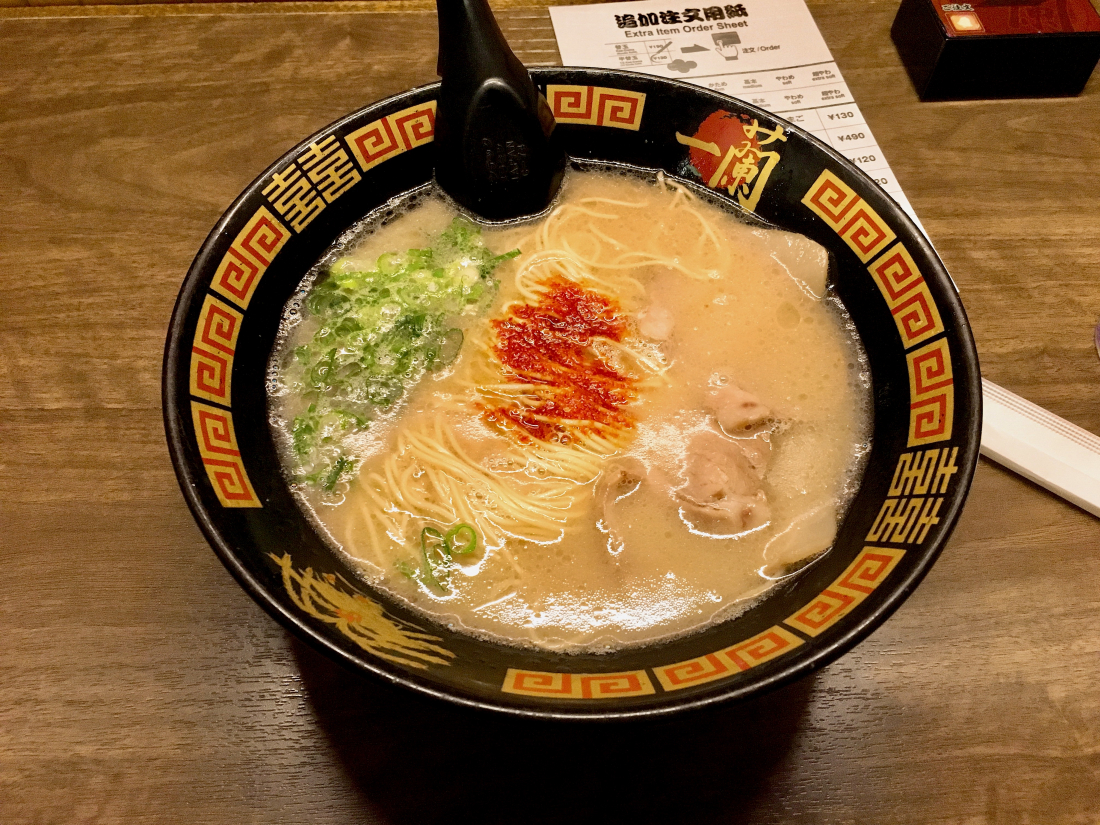 Of course, even if you're not in Kitakata or Shida (or near a restaurant specializing in those regional ramen styles), there are some other places to try early AM ramen! One solid option is Ichiran, a chain from Fukuoka that serves Hakata tonkotsu ramen (the rich pork broth I mentioned earlier). It's not a light meal, but if ramen's what you want, the rich tonkotsu will definitely hit the spot. Ichiran's locations in New York City are famous for both the great food and their unique counter booths, made for a solo ramen-eating experience. In Japan, many of their locations serve ramen 24/7!


Next time you're in Japan and looking for a tasty breakfast, why not try ramen? And let me know what you think! If you need help finding the perfect breakfast ramen shop, send the Japankuru team a message (and follow us, of course!) on twitter, instagram, and facebook!