Ramen Flavor Soda!? Nissin's Cup Noodle Is Celebrating Its 50th Anniversary, and Things are Getting Weird

Ramen Flavor Soda!? Nissin's Cup Noodle Is Celebrating Its 50th Anniversary, and Things are Getting Weird

To celebrate this momentous anniversary, half a century of cup noodles, Japanese manufacturer Nissin is dreaming up some interesting plans. 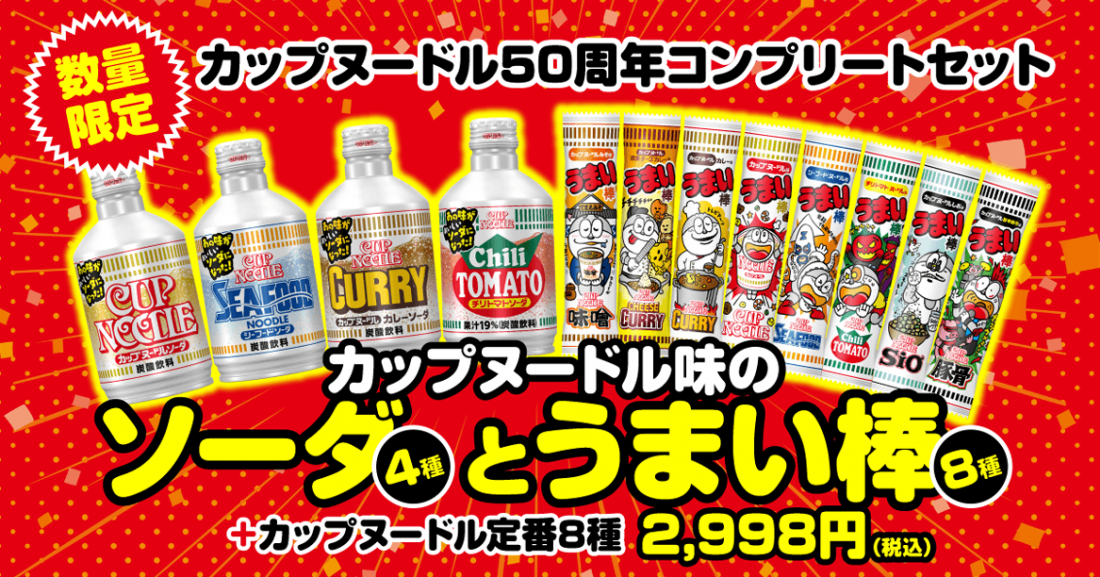 Fifty years ago, Momofuku Ando dreamed big, creating the world's first instant ramen and cup noodles, and founding Nissin Food Products Co. And to celebrate this important 50-year mark, Nissin has rolled out some interesting new limited-edition ramen products. Whether or not actual flavor was a top priority here, is well, yet to be discovered.

Perhaps the most shocking of these celebratory concoctions is Nissin's new Cup Noodle Soda, which comes in 280 ml cans of four different flavors: basic Cup Noodle, Cup Noodle Seafood, Cup Noodle Chili Tomato, and Cup Noodle Curry. The drinks were sold only made available sets along with actual cups of instant ramen, sold in a few select online shops only, and limited to just 15,000 packs.

For those out there who couldn't get their hands on the soda, but are yearning to find out what "Cup Noodle Soda" could even taste like, the flavors are described as follows:

After hearing about each of the soda flavors, they actually start to sound pretty good. It's a shame Nissin isn't planning on selling them on a broader scale, all of us on the Japankuru team wouldn't mind a taste!
The official price for the anniversary set of ramen sodas and cup noodles was set at 2,766 yen, but after selling out just about immediately, scalpers on Amazon JP and other sites are already offering the box for more more than three times the price. As ironic as it may be, it looks like this instant ramen indulgence is only available to those with cash to burn. Those of us without 9,000 yen to spend on ramen soda will have to settle for some of Nissin's other intriguing promotional products, like ramen flavor Umaibo snacks, and their limited-edition series of half-and-half mixed ramen flavors.