Located in Nishi-Ogikubo, Traveling General Store Hin plus (世界の手仕事と雑貨「旅する雑貨屋 Hin plus」) is a miscellaneous nick-nack store that has travel goods from all over the world. The shop owner, who loves traveling and collecting little things here and there, also has tons of stories behind the things she brought back to Japan. Each item has its own story and emotions. The store owner hopes that by bringing back objects from all over the world, the store Hin plus can connect the bridge between the guests and the foreign countries. 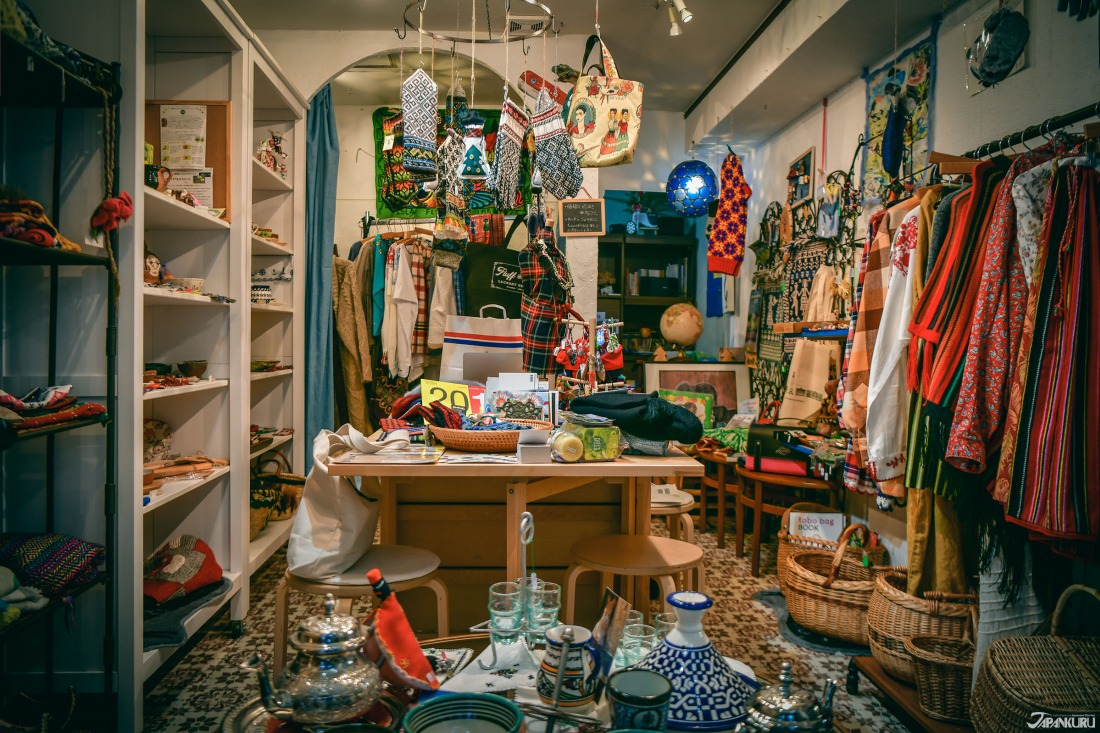 Clothes, pottery, bags, dolls, and more, there are so many things to see at this little hidden store in Nishi-Ogikubo (西荻窪), Tokyo. It's a really great place to be surrounded by stories from all over the world. Many people don't have the means to go to every country in the world, which is what makes Hin plus that more attractive and fun to visit. It's almost like a travel antique shop.

★Traveling General Store Hin plus (世界の手仕事と雑貨「旅する雑貨屋 Hin plus」)
Google Maps
⏰12pm～7pm
*Until 5pm on Wednesdays
Closed: Mondays and Tuesdays
(There is a chance it may be closed on other days/occasions)
Instagram / Facebook / Blog

Goods from All around the World