[Just what is Joban-mono fish?] Pt. 1 Getting to Know the Real Fukushima

[Just what is Joban-mono fish?] Pt. 1 Getting to Know the Real Fukushima

While the name Fukushima might ring a bell, you probably didn't know that Fukushima is a treasure trove of travel and cuisine. Take a deeper look at the area with Japankuru!

Fukushima Prefecture: There's More to It Than You Realize!

The country of Japan is made up of 47 different areas called "prefectures" ("都道府県" in Japanese), but for most people around the world, only a handful of these might come to mind: the prefectures of Tokyo, Kyoto, Osaka, Hokkaido, perhaps Okinawa. On the other hand, somewhere in the back of many people's minds you might find a vivid memory of one other prefecture―Fukushima. But just where in Japan is Fukushima? What are Fukushima's defining features, and what make it special? Despite the name recognition, the details of Fukushima Prefecture remain a mystery to most.

So we wanted to take the time to look into Fukushima, a prefecture with much more to offer than your average traveler might expect, and above all else we found ourselves exploring Fukushima's "Joban-mono" fish. In this series, we'll be finding out more about Fukushima Prefecture and its coast, blessed with rich natural resources, and we'll be answering the question "Just what is Joban-mono fish?"

In part 1, we're going over a quick summary of Fukushima Prefecture!

Fukushima is found in the Tohoku region of northern Japan, and out of the country's 47 prefectures, it has the third largest area after Hokkaido and Iwate. If you want to talk scale, it's about 6.3 times the size of the Tokyo Metropolitan Area (a prefecture in and of itself), and you could fit a whopping 290,000 baseball fields inside Fukushima's borders! That last example might be a bit hard to imagine, but suffice it to say, the prefecture stretches wide from east to west, reaching from the mountainous regions at the center of Japan's main Honshu Island to the shores of the Pacific. Within Fukushima, the unique characteristics of each of those regions adds up to make one distinctive prefecture.

Fukushima is generally split into three parts, the Coastal Area or "Hama-dori" (浜通り), the Central Area or "Naka-dori" (中通り), and the western inland Aizu Area (会津). Looking at the different areas and how they change throughout the seasons, Fukushima is a multifaceted land of diverse sightseeing and cultural experiences. 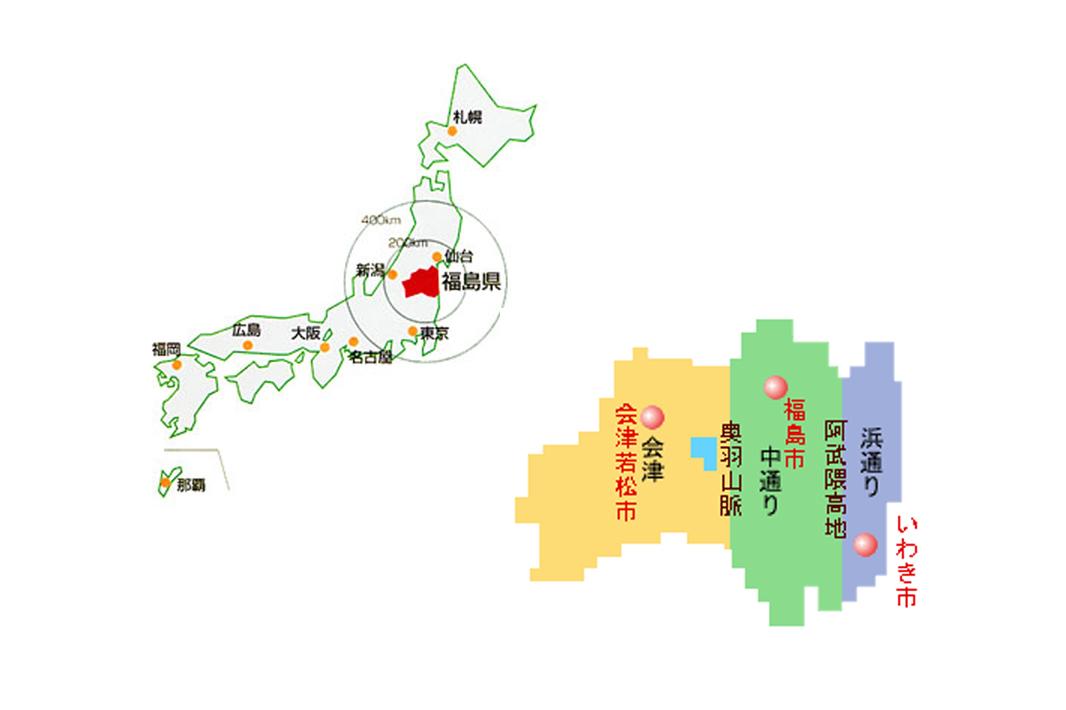 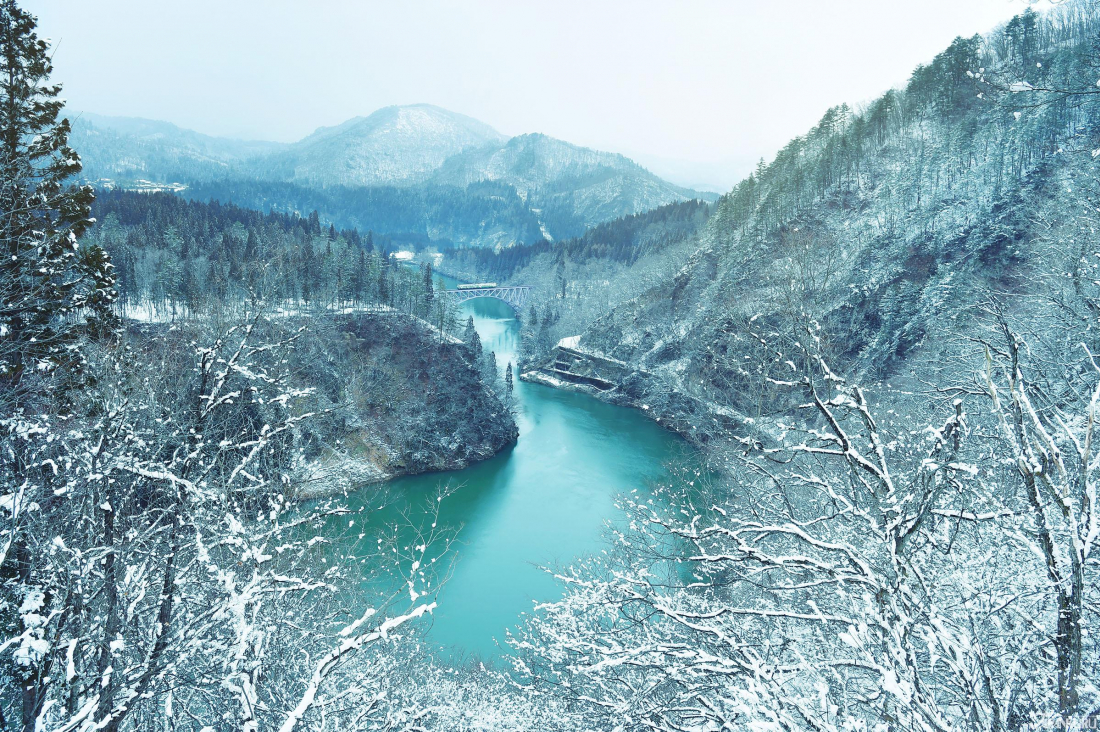 Area 1 | Coastal Area/Hama-dori: From the Blessings of the Pacific

On the eastern end of the prefecture, facing the Pacific Ocean, the Hama-dori area is made up of the Iwaki area (いわき) in the south, and the Soso area (相双), centered around Soma (相馬), Minamisoma (南相馬), and Futaba District (双葉郡). The Coastal Area has plenty of regional flavor, from harbors filled with fishing boats to plentiful onsen (温泉, hot springs), and samurai culture still visible to this day. Fukushima's coast is actually the meeting point for two major ocean currents (called the Oyashio Current and Kuroshio Current in Japan), giving the waters many features that make the area an ideal fishing ground, which means it's one of Japan's most prominent fishing spots, famous for tasty fish.

Surrounding Iwaki City is the Iwaki area, which runs along the coast of the Pacific, and has uniquely cool summers and warm winters. It also boasts some of the longest hours of sunshine in Japan, making it a lovely place to enjoy the sun and the sea. Along the water are a few different attractions, like the Shioyazaki Lighthouse (塩屋崎灯台), Aquamarine Fukushima Aquarium, and Iwaki Lalamew fish market. The area is also home to Iwaki Yumoto Onsen (いわき湯本温泉) and Japan's very first resort, Spa Resort Hawaiians.

In the north, the area around Soma has a rich food culture, based in the bountiful harvests provided by the mountains and the sea. It's also famous for the Soma Nomaoi (相馬野馬追), a festival with a history of horseriding rituals going back a thousand years.

Area 2 | The Central Area/Naka-dori: The Center of the Prefecture

The center-most area of Fukushima Prefecture, Naka-dori is a Pacific inland area sandwiched between the Ou Mountains (奥羽山脈) to the west and the Abukumakochi highlands (阿武隈高地) to the east. The region is long and thin, with Fukushima City (seat of the prefectural office) in the north, economic and transport center Koriyama (郡山) right in the middle of the prefecture, and Shirakawa (白河) to the south. The three main cities each have their own train stations on the Tohoku Shinkansen line, and highways run through the region, making it a point of connection between the Kanto/Tokyo area and the northern Tohoku region.

Slipped in among the urban atmosphere are not only Kasumigajo Castle (霞ヶ城) and Shirakawa Komine Castle (白河小峰城), but also clear impressions left by the more recent Bakumatsu and Meiji periods of history (late-19th to early 20th century). In addition, the area has its own lavish natural features, with a scattering of famous cherry blossom (and other flower) viewing spots, and peaches as the most famous product of abundant local fruit cultivation. Naka-dori even has Nanko Park (南湖公園), said to be the oldest public park in all of Japan!

The onsen in the area each have their own distinct charms, as well. Bandaiatami Hot Spring (磐梯熱海温泉), for example, is famous for bijin no yu (美人の湯) waters, said to beautify the skin. Takayu Onsen (高由温泉) is actually known for being... a secret hot spring. And Iizaka Onsen (飯坂温泉) has been an onsen destination for over a thousand years.

The Aizu Area comprises the whole western region of Fukushima, but it can be split into two. The northern part of Aizu is centered around former castle town Aizu-Wakamatsu, and the city of Kitakata, while the southern part is home to Minamiaizu, Hinoemata, and Shimogo, which each have neighborhoods that still look like something from the Edo period (1603~1868). Thanks to the region's deep history, starting with the local Tsuruga Castle (鶴ヶ城, also called Tsurugajo), and plentiful shrines and temples, it's sometimes called "Butto Aizu" (仏都会津), which roughly translates to a metropolis of Buddhas.

Aizu is right on Lake Inawashiro (猪苗代湖) and at the foot of Mount Bandai (磐梯山), so it's known to be a beautiful place to watch the seasons change, with the landscape shifting dramatically thoughout the year. It's a place of unforgetable views, from the still water of the lakeshore to the colorful changing leaves every fall, and the blankets of snow that create fluffy white landscapes.

Minamiaizu in particular, with an average elevation of 500m (1640ft) above sea level and mountains on all sides, is a great place to relax in the midst of nature, enjoy traditional Fukushima culture, and even visit more "secret hot springs"―onsen tucked into the mountainside. It's also home to ski resorts that boast of great quality snow, but some people visit the area just to see the village of Ouchijuku (大内宿). Ouchijuku still maintains its layout and architecture from the Edo period, and looks like it hasn't been touched for the past 150 years or so, making a visit feel a little like time travel. 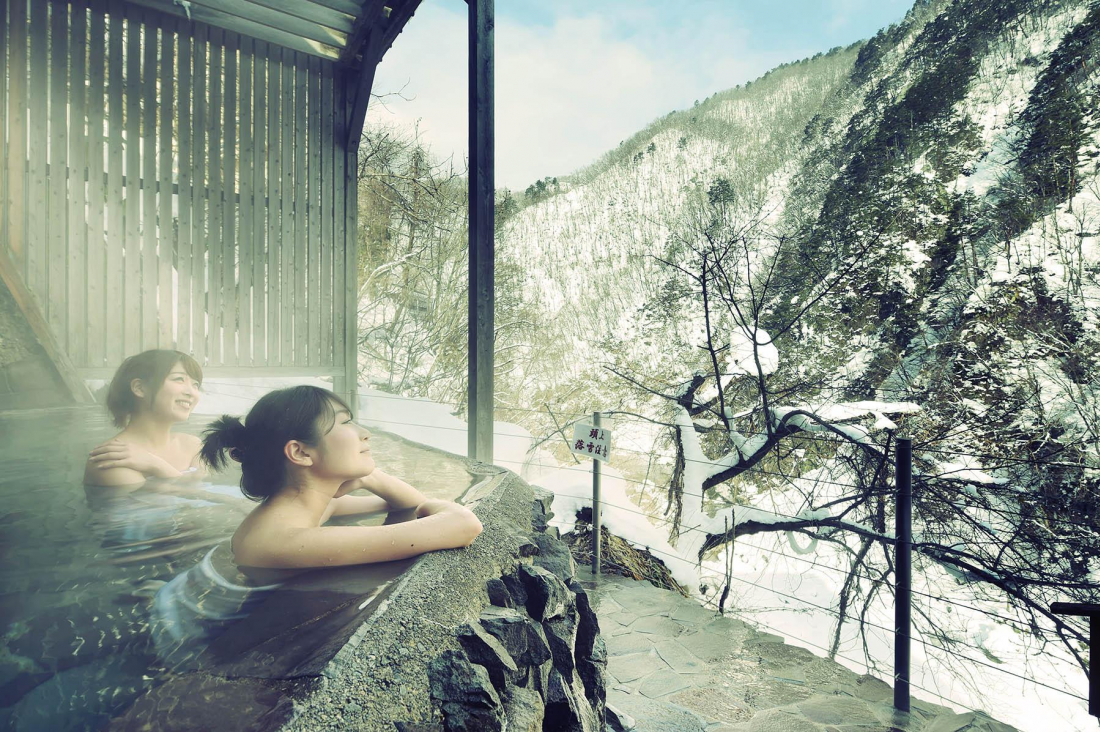 Just what is Joban-mono fish?

Fukushima―more than you might expect. From here on, we're going to go even deeper into Fukushima and its many charms, looking into Fukushima's Joban-mono fish, but also the area's history, tourism, local cuisine, and general travel tips. We intend to get to the bottom of what Fukushima is really like today, and we hope you'll join us on this journey! For more updates and news from Japan, follow Japankuru on twitter, instagram, and facebook!