Pokemon fans are a varied bunch, and apparently, some even love Exeggutor enough to inspire an airline. 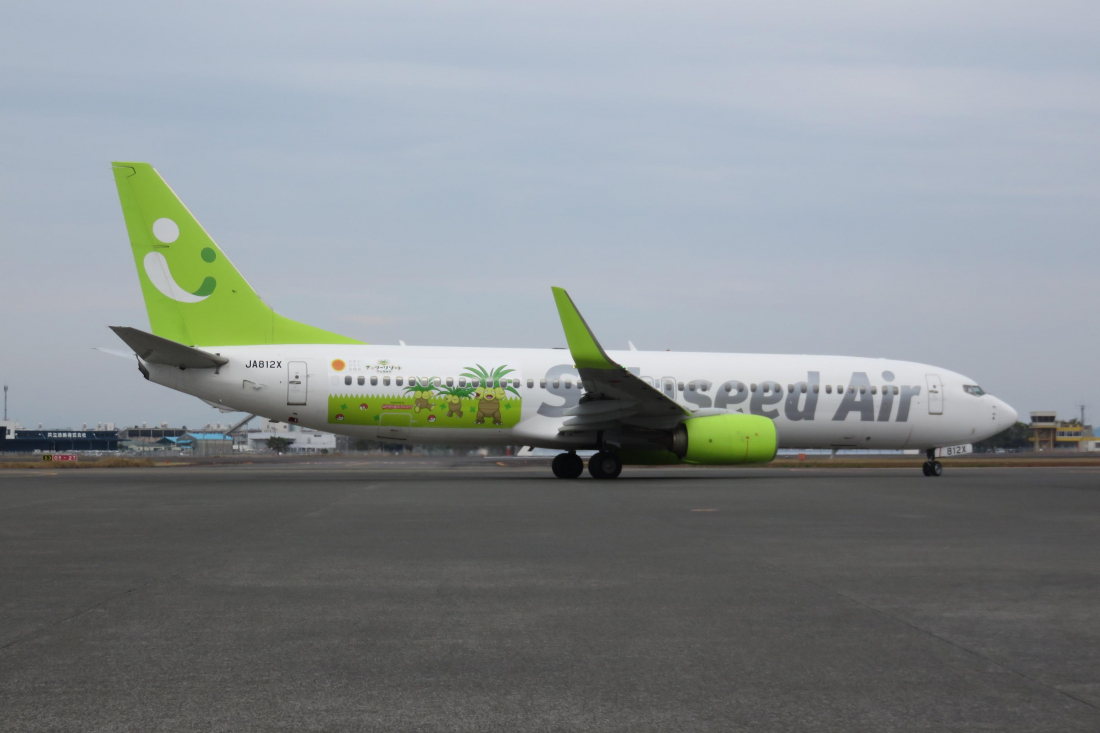 Exeggutor, a pokemon shaped like a squat palm tree with three strange coconut heads, is not generally considered one of the world's favorite pokemon, despite its status as one of the original 151 pocket monsters. But this October, Exeggutor's unique... charms... were finally recognized, and the pokemon was named the official "Support Pokémon of Miyazaki Prefecture", found on the southern island of Kyushu. Thanks to Miyazaki's famously warm weather, the area is the native environment for a tree called the phoenix palm, and Exeggutor's resemblance to this real-life tree apparently made it the perfect ambassadorial pokemon for sunny Miyazaki. According to the official pokemon page, Exeggutor will "optimize its synergy with Miyazaki Prefecture" and "really get things rolling."

Since then, Exeggutor has made its way onto Miyazaki manhole covers, onto a number of Miyazaki products (like locally produced salad dressings and sweet potato snacks), and more impressively, onto the sides of Solaseed Air airplanes. 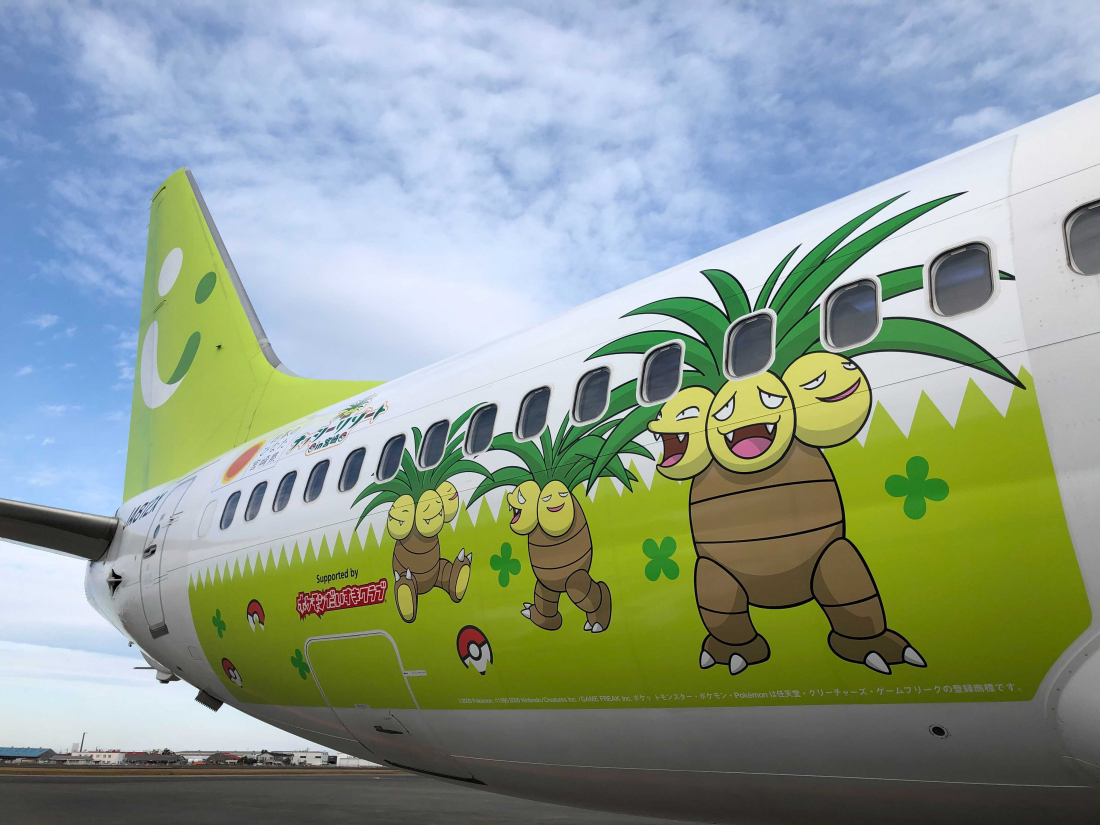 Solaseed Air is an airline based in Miyazaki, so it only makes sense that they'd get in on the Exeggutor fun. (!?) Starting December 2020, travelers flying to Miyazaki with Solaseed Air might just get to see Exeggutor taking over the plane, apparently printed onto the largest possible airplane decals. Along the right side of the plane is this tableau featuring classic Exeggutor, frolicking through the clover and clearly avoiding the many poke balls scattered about in the grass. 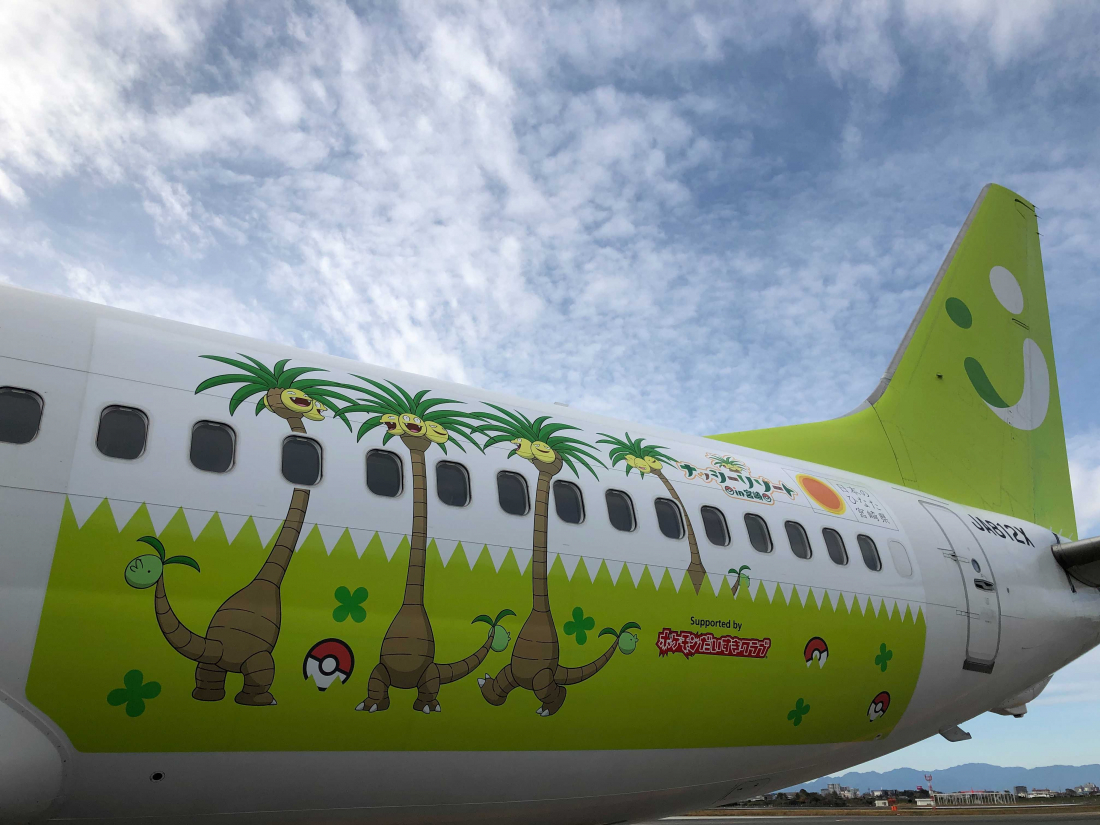 Of course, they wouldn't want to leave Alolan Exeggutor out. Gracing the left side of the plane are a crew of the tropical pokemon, seemingly playing poke ball soccer. 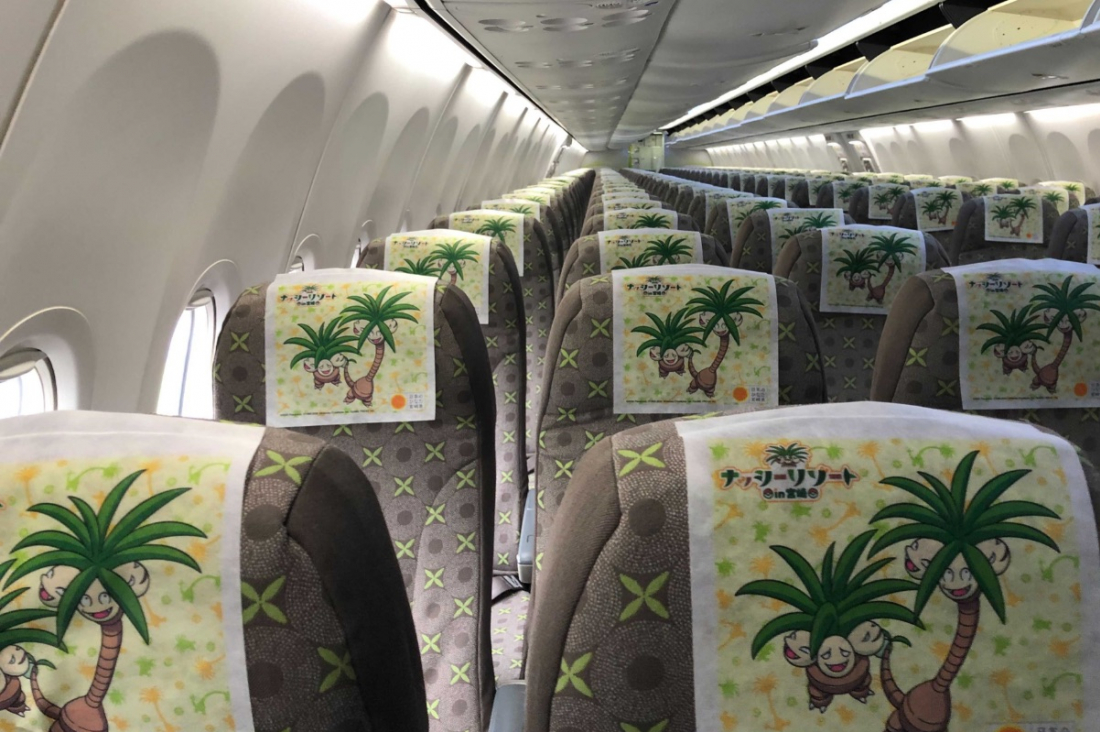 If you haven't gotten enough Exeggutor yet, not only are there Exeggutor headrest covers inside the cabin, but flight attendants wear Exeggutor aprons to serve drinks. 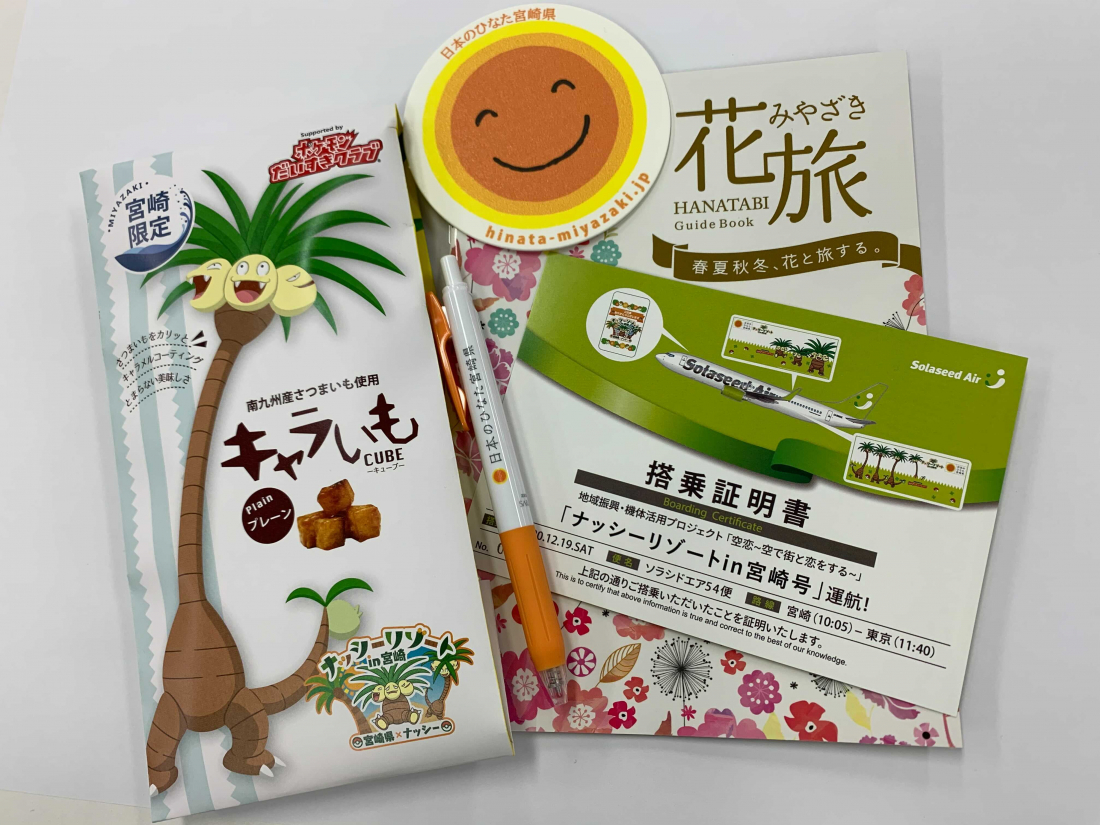 Not wanting to leave you hanging after the flight, passengers will also receive a little gift bag of mementos. A box of those special Exeggutor sweet potato snacks rounds out this unique pokemon experience. 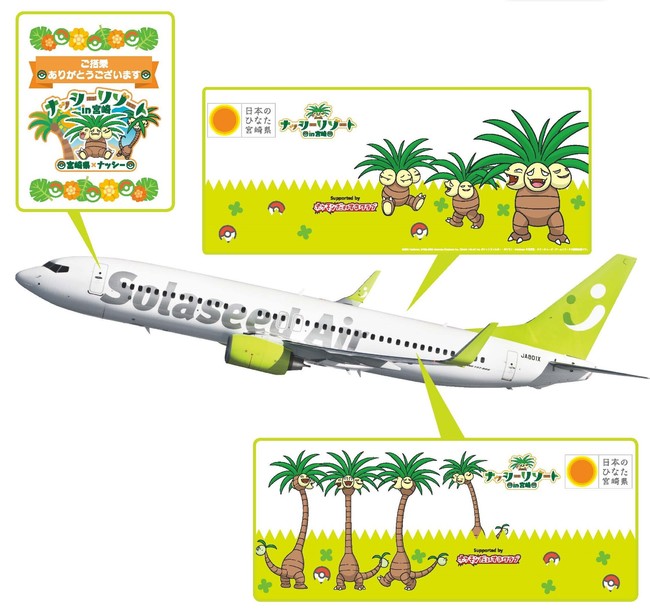 I may not be a true Exeggutor fan, but next time I have reason to fly to Miyazaki, I know I'll be checking Solaseed Air. Hopefully the Exeggutor flights will stick around for a long time to come.