Find coffee, rocky shores, and one cute way to send letters on the picturesque Inubosaki Peninsula. 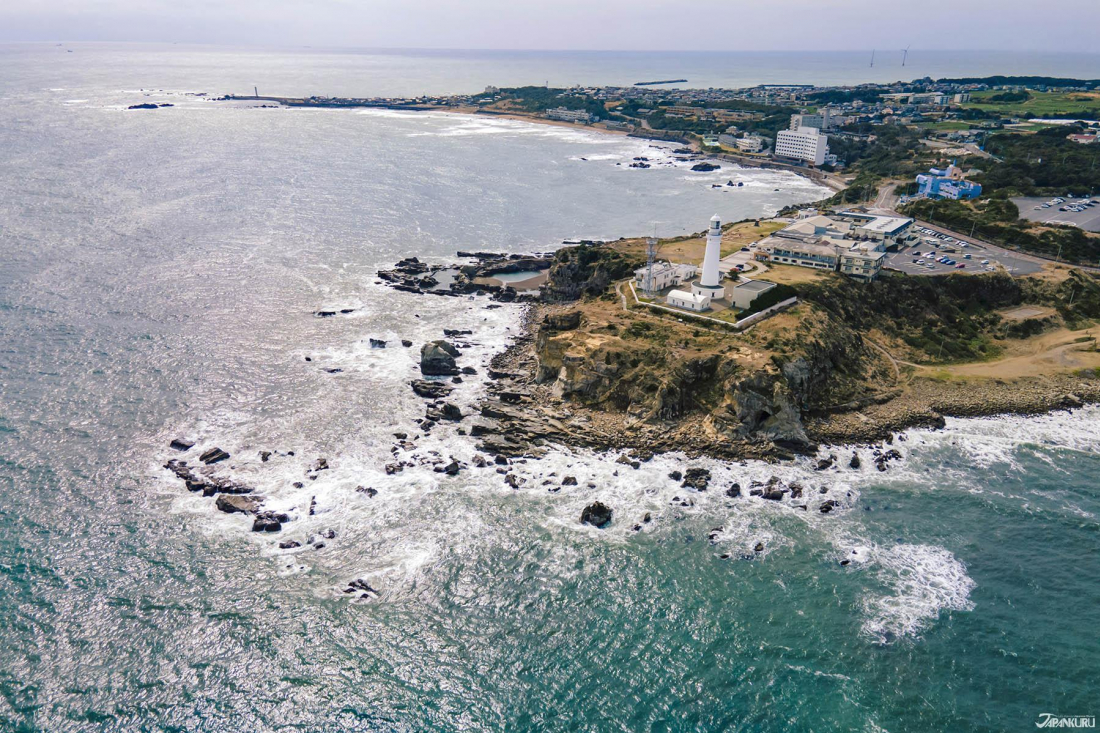 With warm weather arriving in Tokyo, the sun and the sea are calling to us all, and people are starting to head to some of the most popular beaches around Tokyo. Many Tokyoites flock to the Shonan Coast or the Boso Peninsula, which is even used as a common setting in Japanese films and TV, but those aren't the only areas nearby with beautiful beachy views!

Chiba's city of Choshi is known for its cute local railway, the Choshi Electric Railway, but it's also the location of Inubosaki (犬吠埼), sometimes called Cape Inubo. This cape pokes out into the Pacific Ocean adorned with a picturesque white lighthouse and a matching white postbox, and thanks to its easterly location, it's said to be one of the earliest spots to see the sunrise in Japan. Visitors can enjoy the great outdoors and the sea breeze, before stopping into the local cafe for a bite to eat, making it a lovely little getaway from the city. 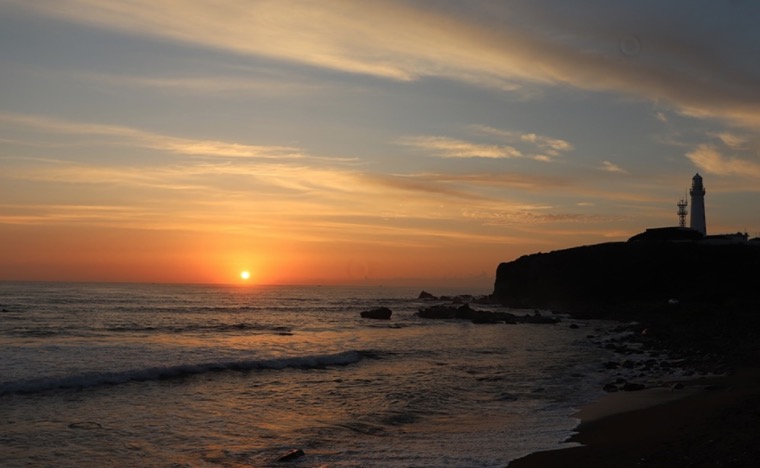 Aside from high mountain peaks and outlying islands, Inubosaki is said to be the first place in Japan to see the new rising sun every year on New Year's day, meaning that the area is always crowded on the first of January. Not only do TV stations and other news media come to broadcast the sunrise to the country, and document the event, but amateur photographers come to take snapshots, and plenty of other visitors come to just enjoy the view of the sun breaking the horizon over the ocean, slowly shedding light on the scene of a new year. With the light sparkling on the water and the lighthouse silhouetted against the glowing sky, it's truly beautiful on any day of the year. 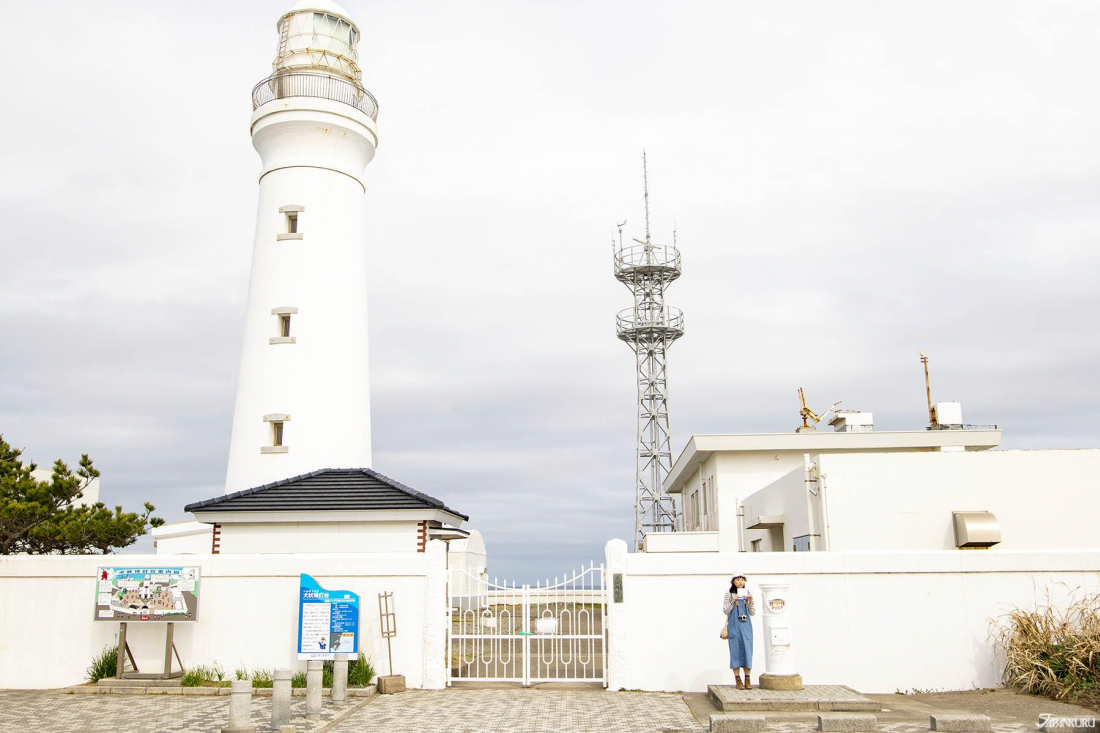 When visitors come on days that aren't January 1st, they're generally there to see the white lighthouse and its matching postbox. The lighthouse was built in the 7th year of the Meiji period (1874), and actually designed and constructed by the British civil engineer Richard Brunton, nicknamed the "Father of Japanese Lighthouses." Inside, a 99-step staircase leads all the way to the top, where visitors can gaze out at the view, surrounded by the ocean on three sides, with waves breaking onto the rocky shores. 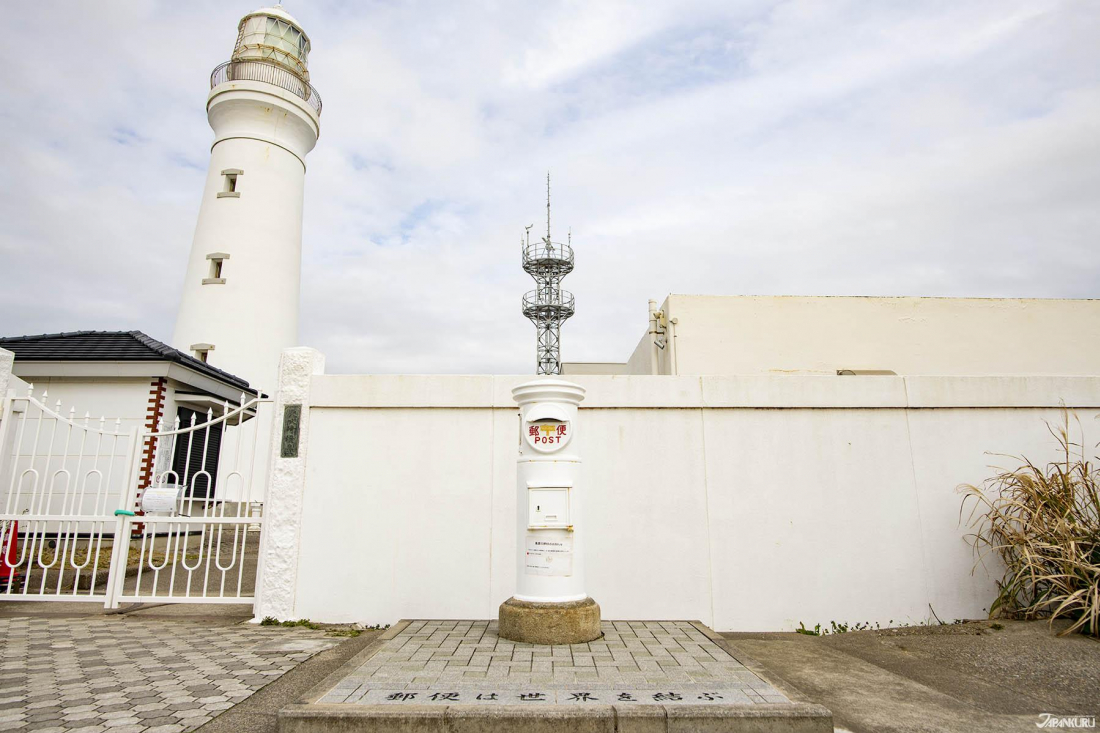 At the base of the lighthouse is Inubosaki Lighthouse Museum, which has some displays on local history, but the facility was unfortunately closed when the Japankuru team visited, due to COVID-19! At least the popular white postbox was still standing out front, sturdy as ever, as a great place to take pictures. It's a real functioning postbox, too, so feel free to drop in a postcard!

A Coffee Shop on the Water 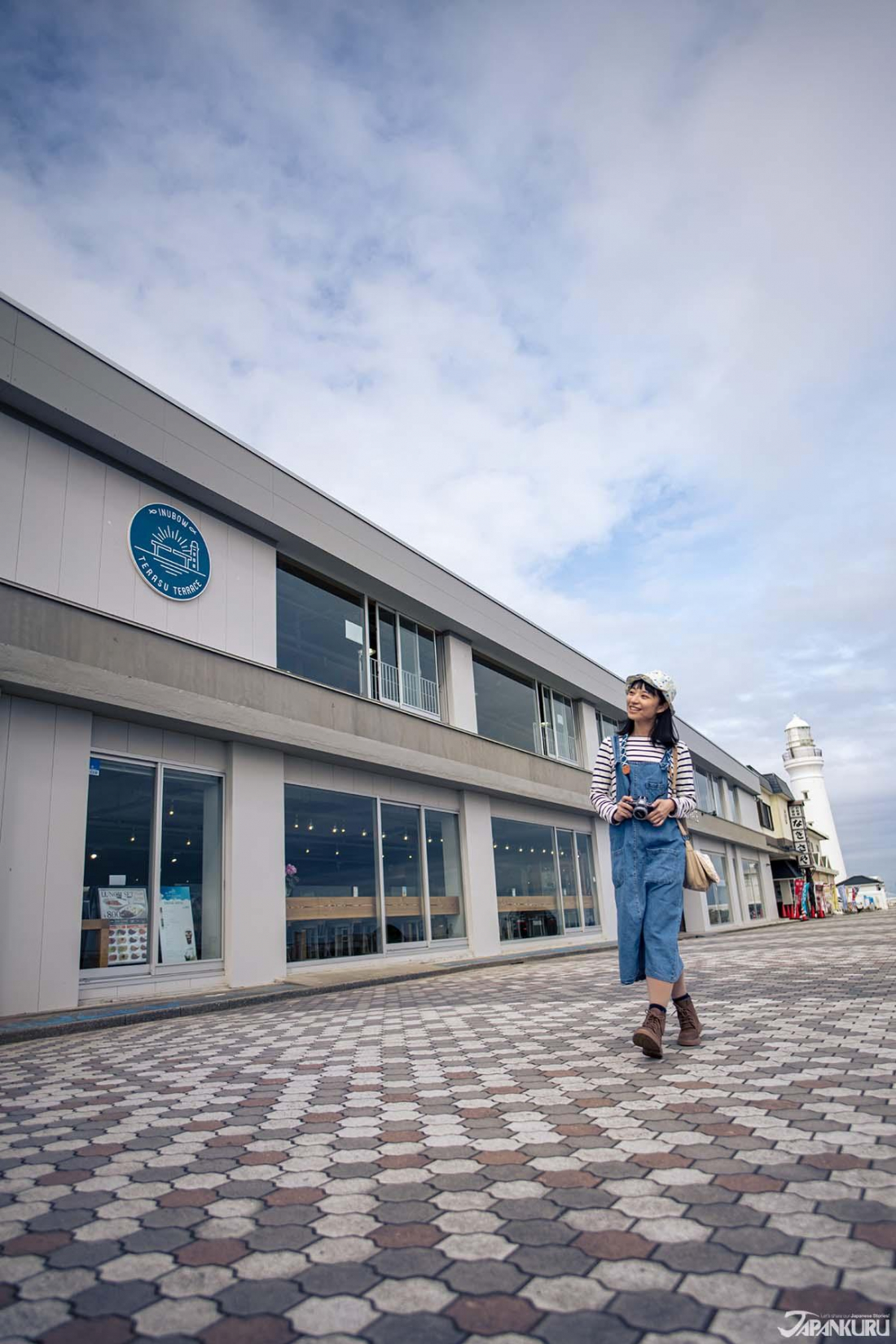 Feeling a little worn out from traipsing along the sandy beach and climbing up and down 99 spiraling steps? You can always take some time to rest and recharge at Inubosaki's multi-floor coffee shop, a part of Inubo Terasu Terrace. The floor-to-ceiling windows look out onto the water and let in plenty of sunlight, making all of the different seating areas bright and airy. On the first floor, there's a dining space, a bakery, a little place selling local produce, and some local snacks for sale.

The second floor has a souvenir shop, and a space made just for admiring the ocean view in some very special "recliners." The nets do seem very appropriate so close to the ocean! The differing angles make the experience of looking out at the water a little different on each floor, but no matter where you settle in, it's a lovely place to sit back and relax. 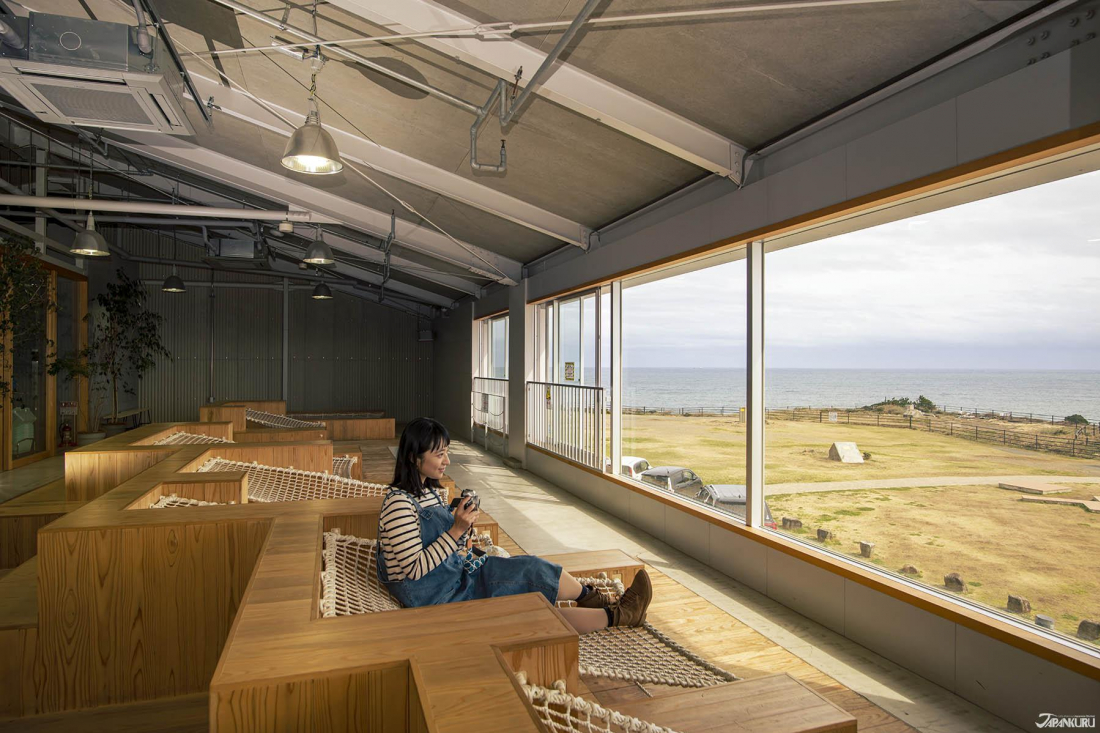 The second-floor souvenir shop clearly has one theme: lighthouses. But they don't all look the same! Browse the selection and you'll find all kinds of different little lighthouse decorations and products. 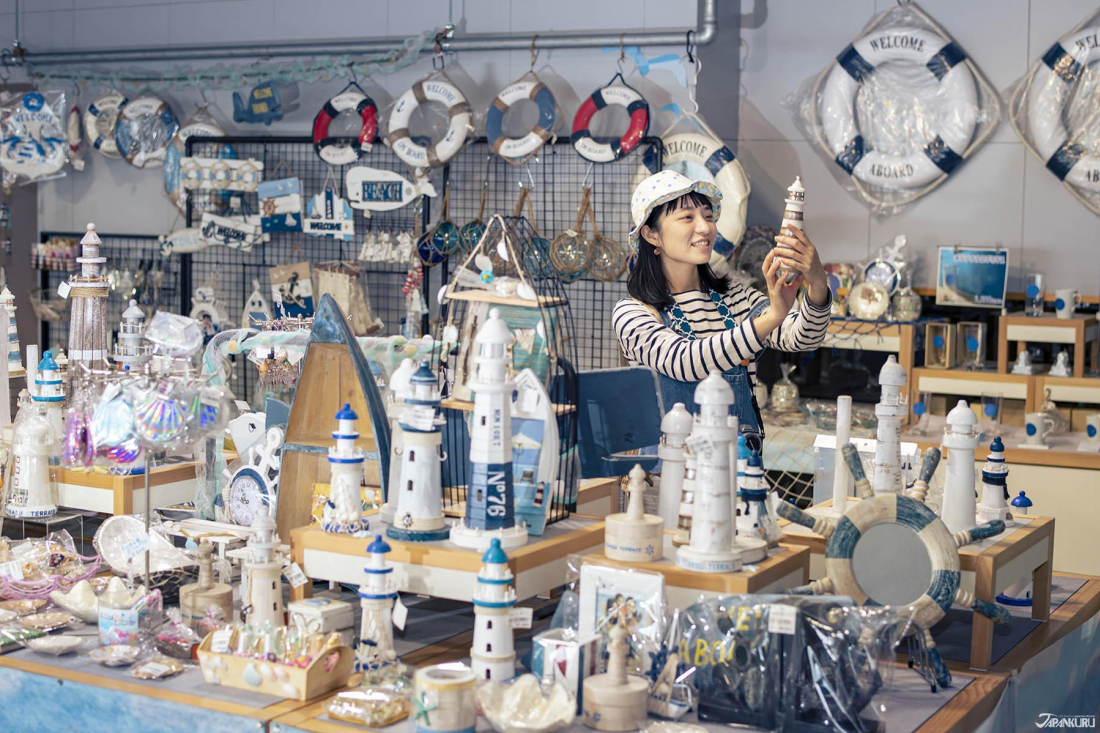 If you're looking for a spot to pose for photos and post them on social media, they've got you covered. There are plenty of spots for a fun photo op! 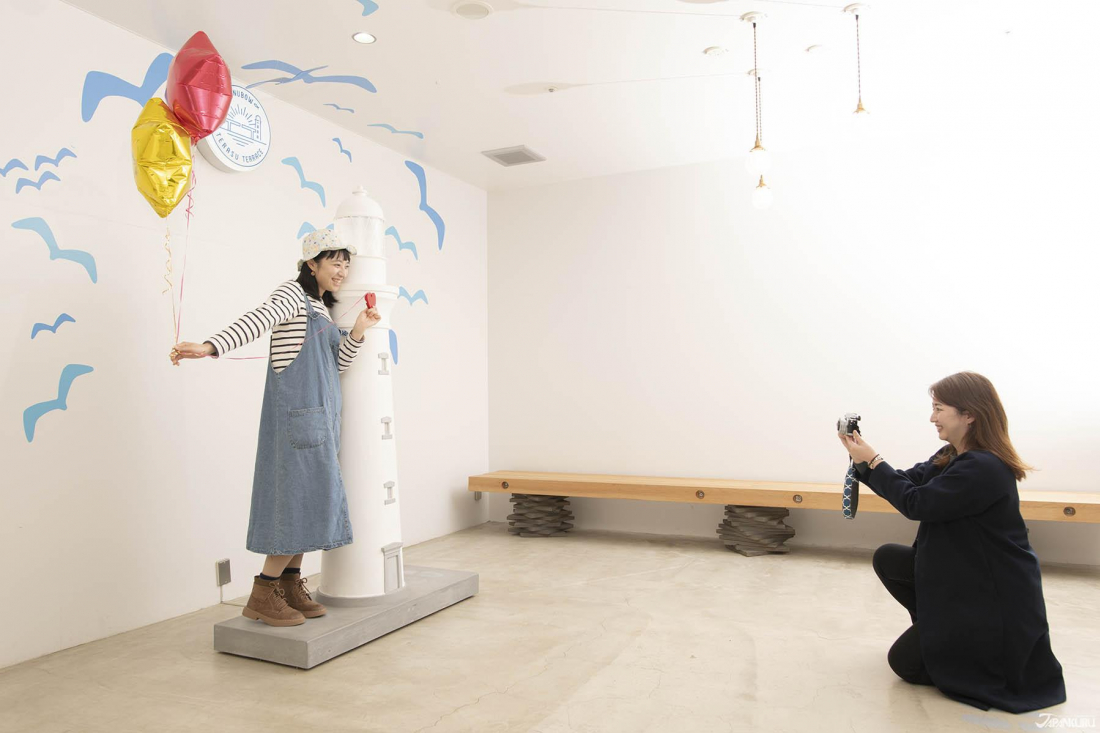 A walk on the beach and a good cup of coffee already sounds like a pretty relaxing day to us, but if you want an even deeper level of relaxation, then don't miss the amazing onsen baths situated right on the water in Inubosaki. In this town of sunrises, the hot water gushing out of the hot springs actually contains sodium bicarbonate (baking soda), and it's said to have a healing effect on all kinds of maladies, from nerve and joint pain to bad circulation, and plain old fatigue. The local hot spring hotels provide all kinds of accommodation plans, but you can also pay to just use the onsen for the day!

See It from Another Angle: Kimigahama Beach 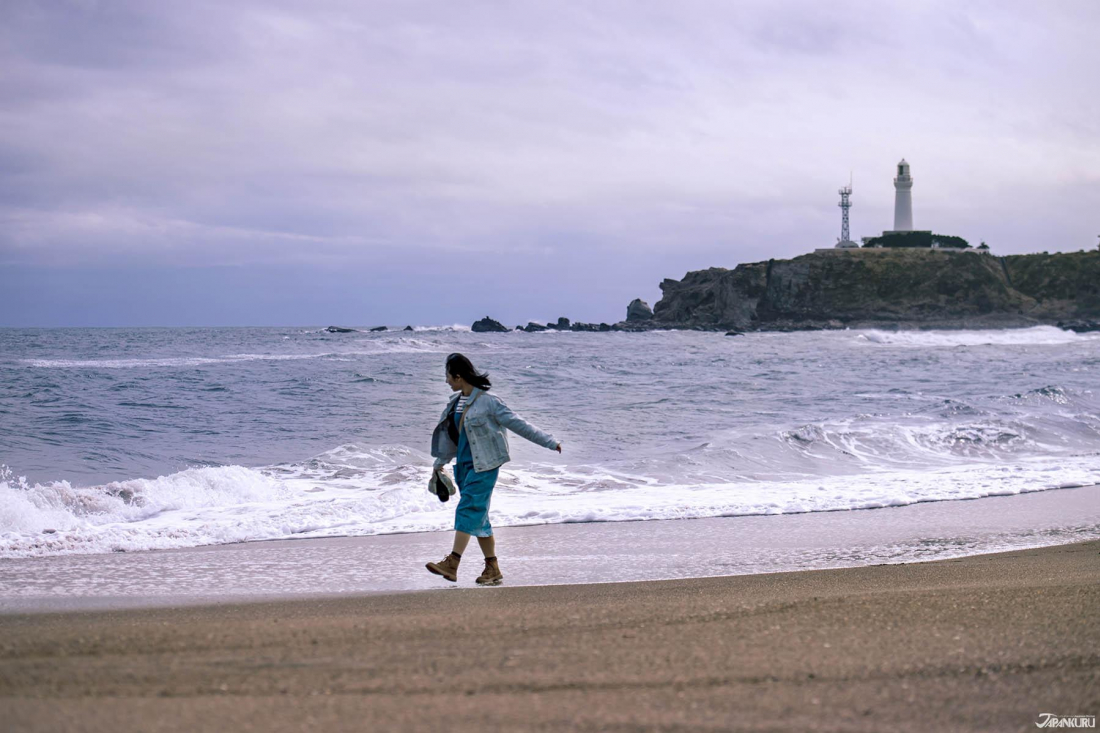 Whether you want to capture the full scene as the sun rises on the first day of the year, lighthouse and all, or you just want to enjoy the cape from afar, the neighboring Kimigahama Beach (a part of Kimigahama Shiosai Park) is a gentle curve of rough sandy beach with a different kind of view. To get there quickly, just jump on the train at Inubo Station and get off at Kimigahama, the next stop! 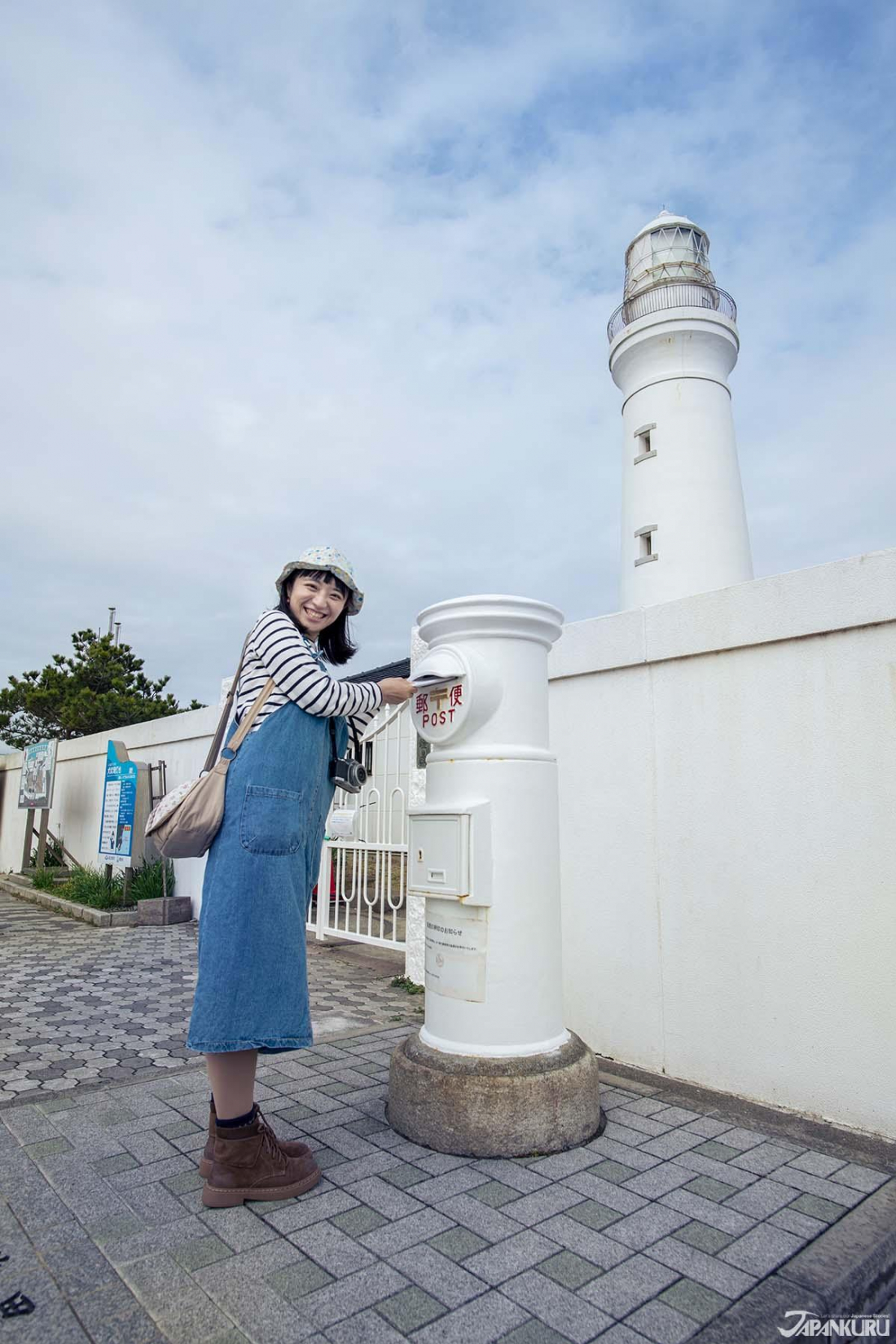 Compared to busy areas like the Shonan Coast, Inubosaki is a quiet destination, but that makes it a perfect place to enjoy a peaceful walk on the beach, admire the picturesque view of a white lighthouse towering into the blue sky, sip a cup of coffee with a window out onto the water, and even write up a postcard describing all the fun you're having in Japan―before slipping it into the unique white postbox!