Deep in the hillside of Nasu Karasuyama, racks upon racks of aged sake rest peacefully in these mysterious caves. 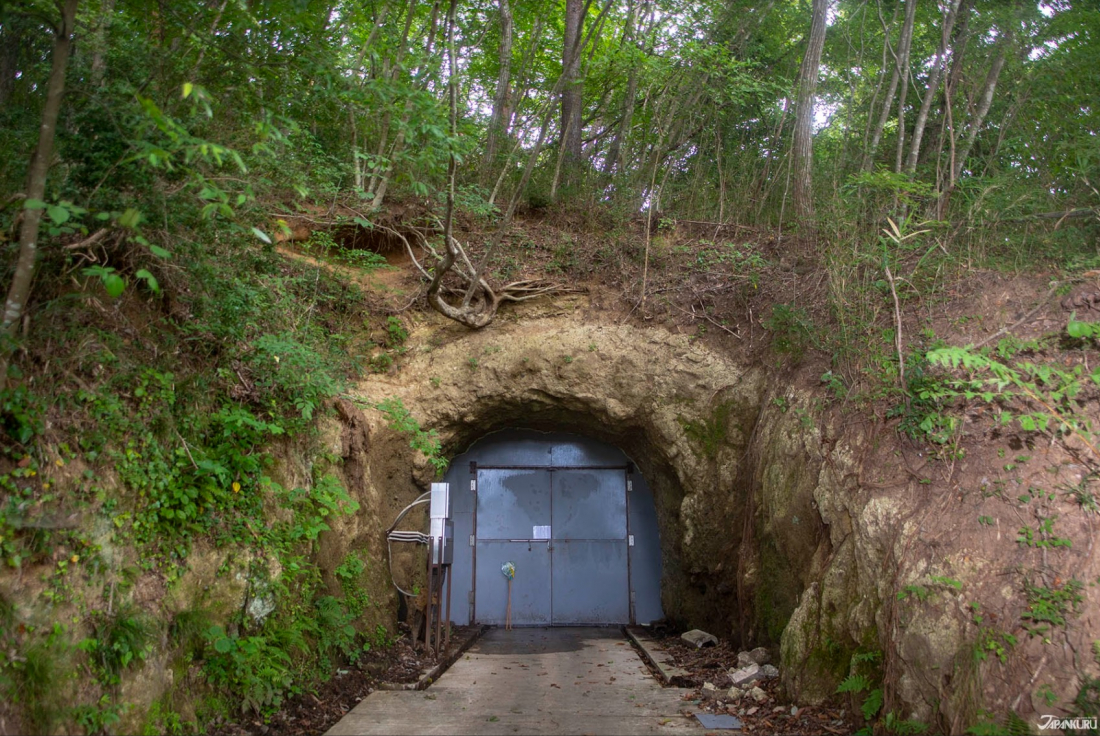 Walking along a wooded hillside, you come upon a door set into the rock, and closed to the world... It doesn't get much more mysterious than this unusual set up, and it's hard not to wonder what there could possibly be on the other side of the door.

But of course, when the Japankuru team came upon this curious doorway in the mountainside of Tochigi's Nasu Karasuyama, we knew exactly what mysterious we would find inside! These imposing steel doors actually lead to a system of caves now dedicated to aging sake from the nearby Shimazaki Brewery. 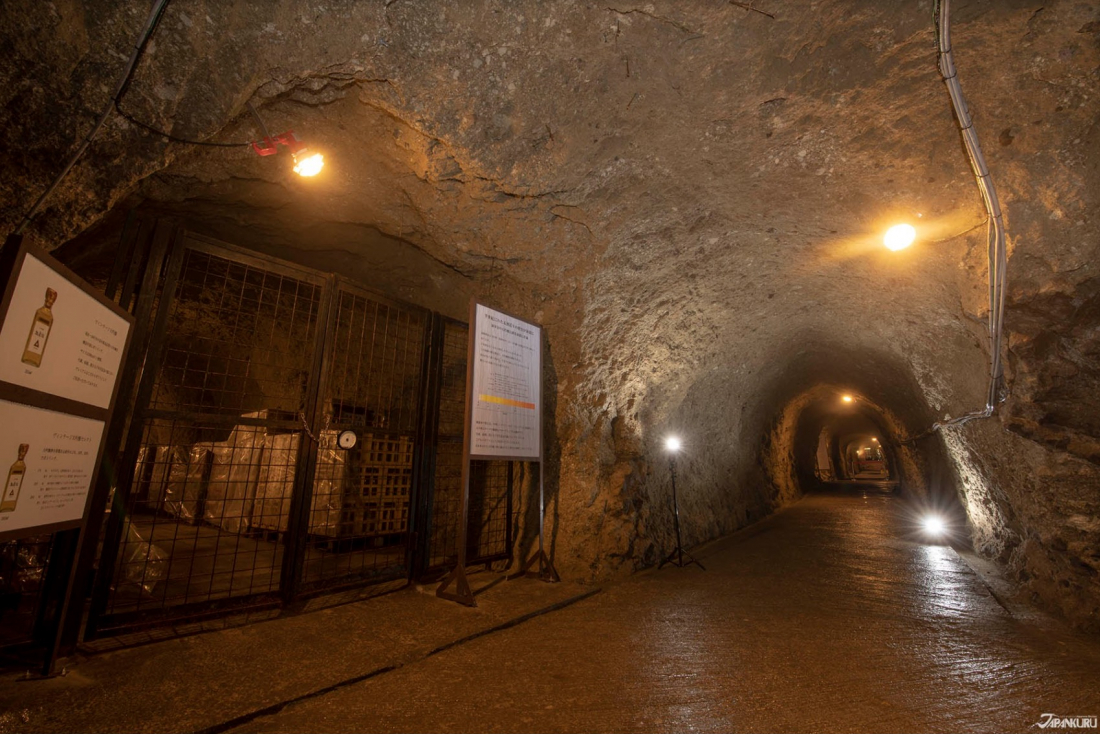 While the dim tunnels are now officially the "sake storehouse cave" (どうくつ酒蔵) of Shimazaki Brewery, they were original dug towards the end of World War II, and used to house a tank manufacturing plant. Over the course of a year and a half, 400 people carved the caves right out of the mountain rock, and when the factory was finally ready it produced a total of 20 tanks for battle. 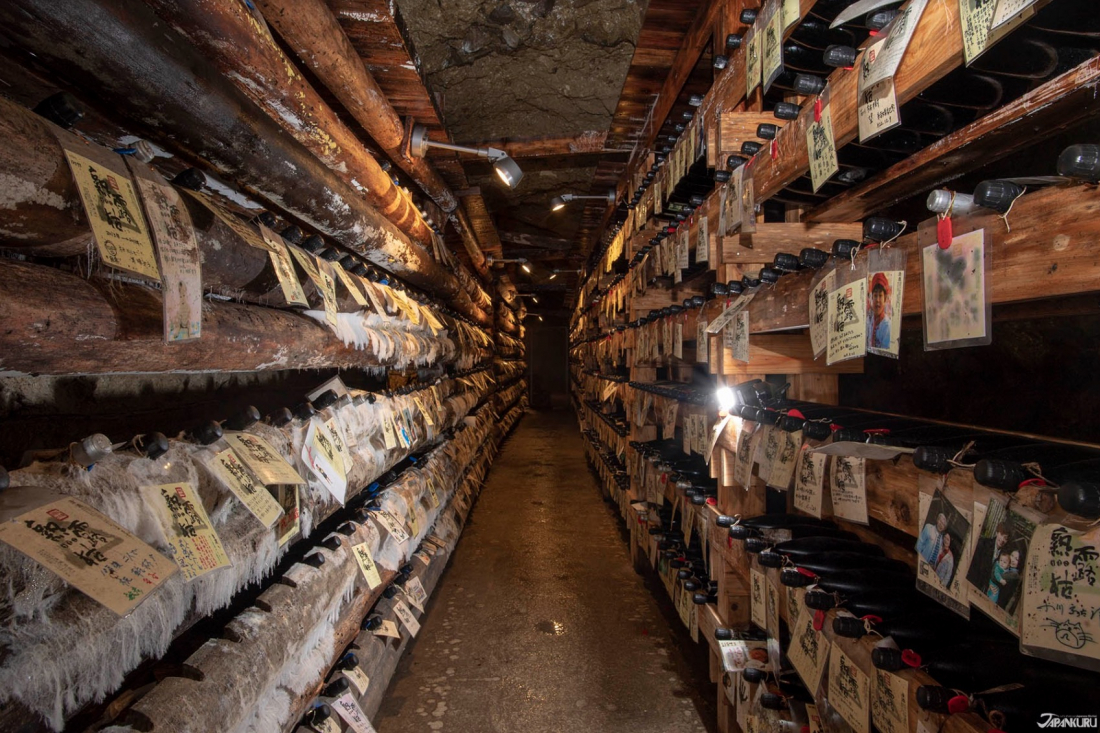 With the war long over, the manmade caves have moved on to be used for other purposes. With a whole mountain's worth of rock surrounding the tunnels, the temperature is cool and consistent all year round, rarely straying from the average of about 10°C (50°F). That makes the tunnels the perfect place to store alcohol and allow it to mature. 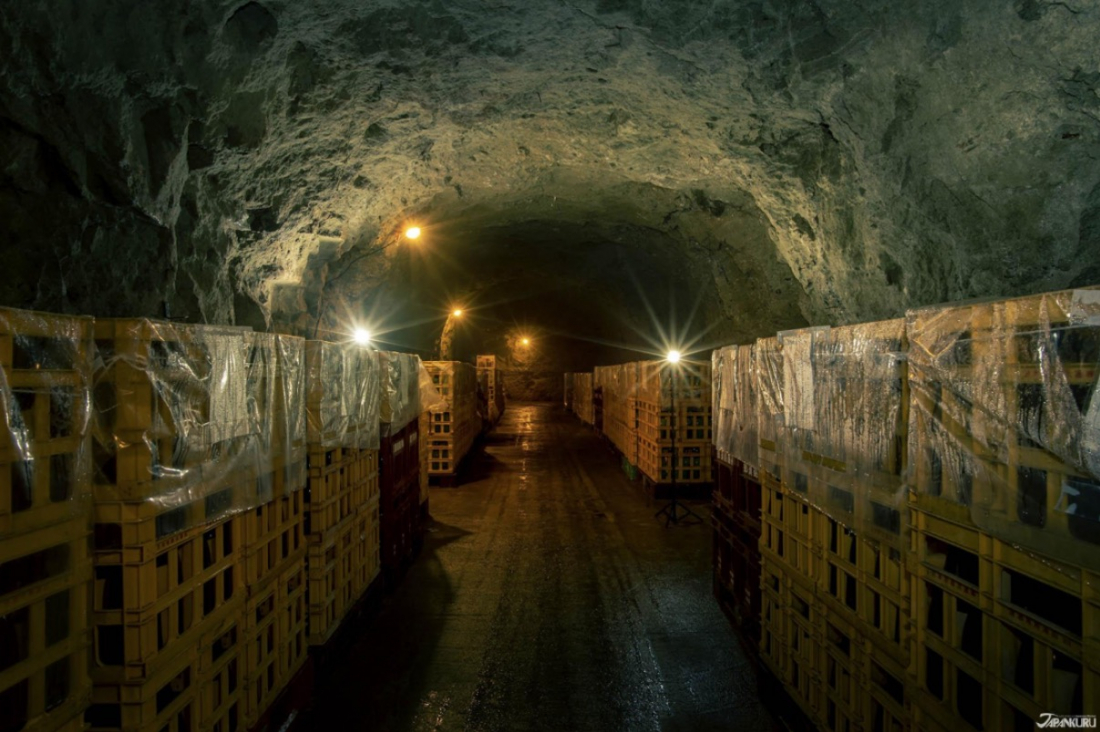 Most Japanese sake is actually enjoyed fresh, drunk within a year or so of when it's brewed, and sake aficionados might tell you that sake is fairly difficult to age well. But Shimazaki Brewery says that this environment lends the aged sake a smooth, aromatic taste, and so the cave―three main tunnels about 3.5m (11.5ft) wide and tall, 100m (328ft) long, and connected by five 60m (197ft) cross-tunnels for a total of about 600m (1969ft) of tunnel altogether―is packed full of shelves and crates and boxes of sake bottles. 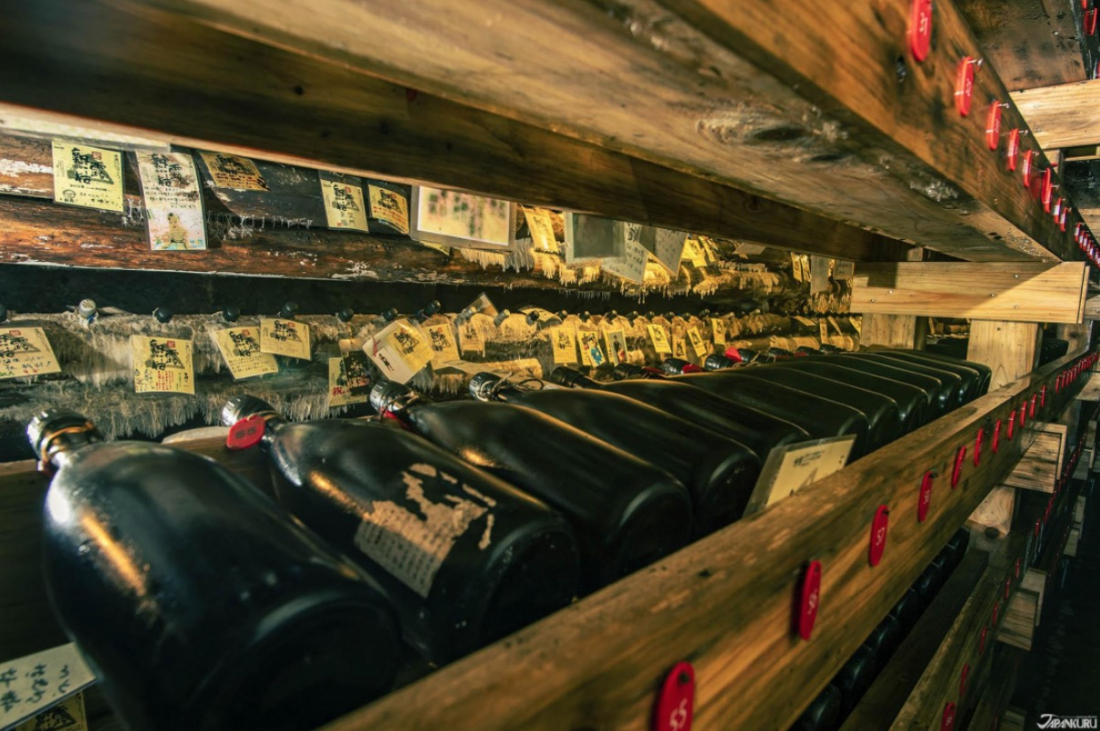 Aged sake is still something of a rarity in Japan, and so Shimazaki Brewery offers some pretty unique products and services, which are extremely popular as gifts for sake lovers. Their New Year's Bottles aren't the oldest sake in the caves, but each bottle is aged until the end of December, so that the sake can be delivered to customers just in time to celebrate the new year! The brewery's "Owner's Bottles" are aged longer, but customers purchase the sake when it's still freshly brewed―alongside a contract that lasts between 5 and 20 years! The sake's owner leaves the bottle to age in the Tochigi tunnels for all those years, before the sake is finally delivered at the end of the contract, making it a particularly popular way to celebrate an important anniversary. 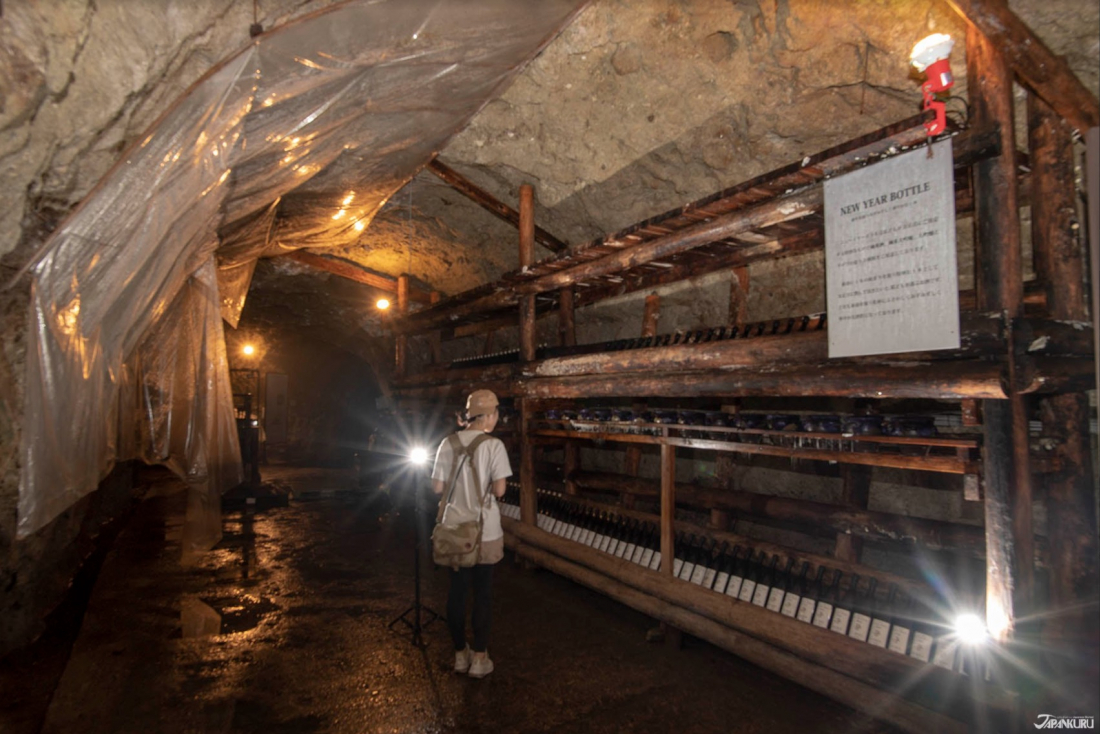 Shimazaki Brewery's sake storehouse caves are open to visitors throughout the morning and afternoon on weekends and holidays between March and December, or on other days with an appointment made in advance. Interested travelers can find more details on the brewery website, including a calendar of all open days.