Kanazawa Spotlight: Secret Passageways and the Art of Escape in MyōRyū-Ji, or the "Ninja Temple"

Kanazawa Spotlight: Secret Passageways and the Art of Escape in MyōRyū-Ji, or the "Ninja Temple"

When visiting Kanazawa, curious travelers interested in the more mysterious aspects of traditional Japanese culture should make time for a stop at Myōryū-ji Temple, more commonly referred to as Ninjadera, or the "Ninja Temple."

Located south of the city's Teramachi district and just a few blocks from Nishi Chaya-gai—like many other Kanazawa mainstays—Ninjadera was constructed during the Edo-era by members of the Maeda Clan, the founders, and rulers of Kanazawa. Though the temple itself has no direct associations with ninja or ninjutsu, it's name and connection to the secretive practice stem from the many elusive defense systems and escape routes found throughout the temple—a necessity during its construction due to the shogun's attempts at curtailing the power of regional lords like the Maeda Clan. 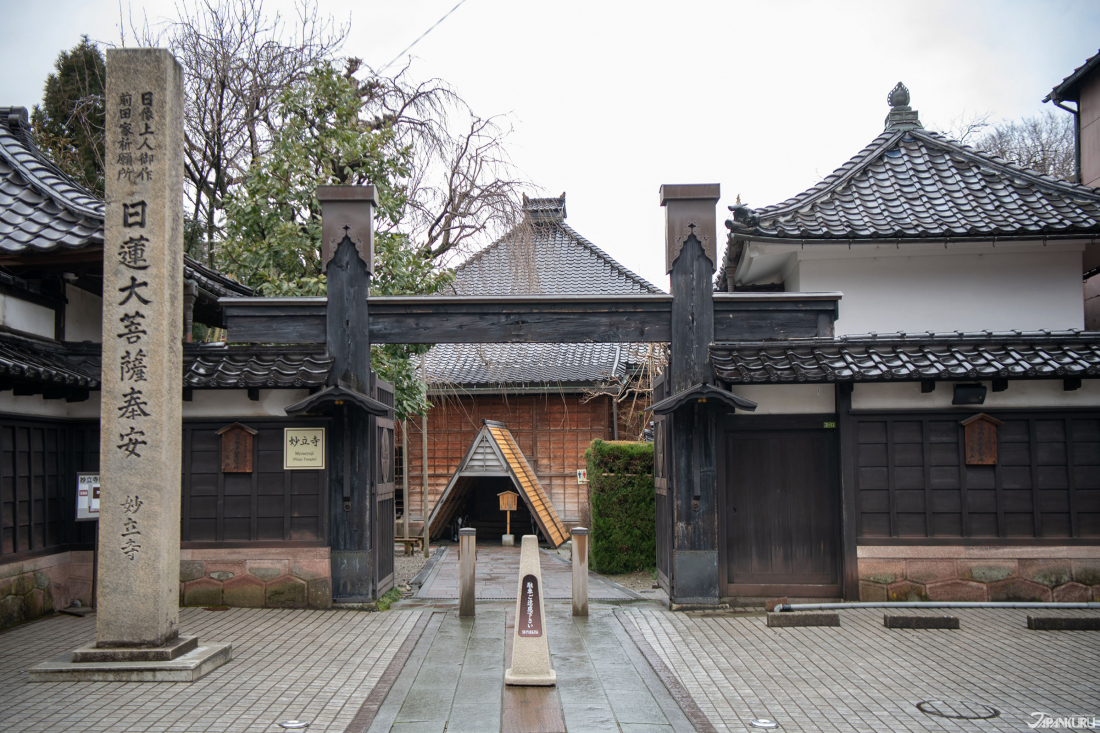 Myōryū-ji Temple is accessible on a reservation-only basis.

Given the mysterious allure of the temple and visitor interest in exploring the temple's secret passageways up close, crowds are not optimal, thus restricting access only to those who have made a reservation beforehand. The temple does provide guided tours in Japanese in Japanese only (unless visiting with a private guide), though English guide books are available upon request.

Arriving at the entrance of the temple 10 minutes before your reservation time is strongly recommended.
Ninjadera is located very close to Nishi Chaya-gai; therefore we recommend pairing both locations together during a stop if planning a visit to the area. Both locations often get overlooked in place of Higashi Chaya, Kenrokuen, and the 21st Century Museum of Art, though we suggest making sure to stop by if you've got the time!