One of the Three Chaya (Geisha Tea House) Districts of Kanazawa 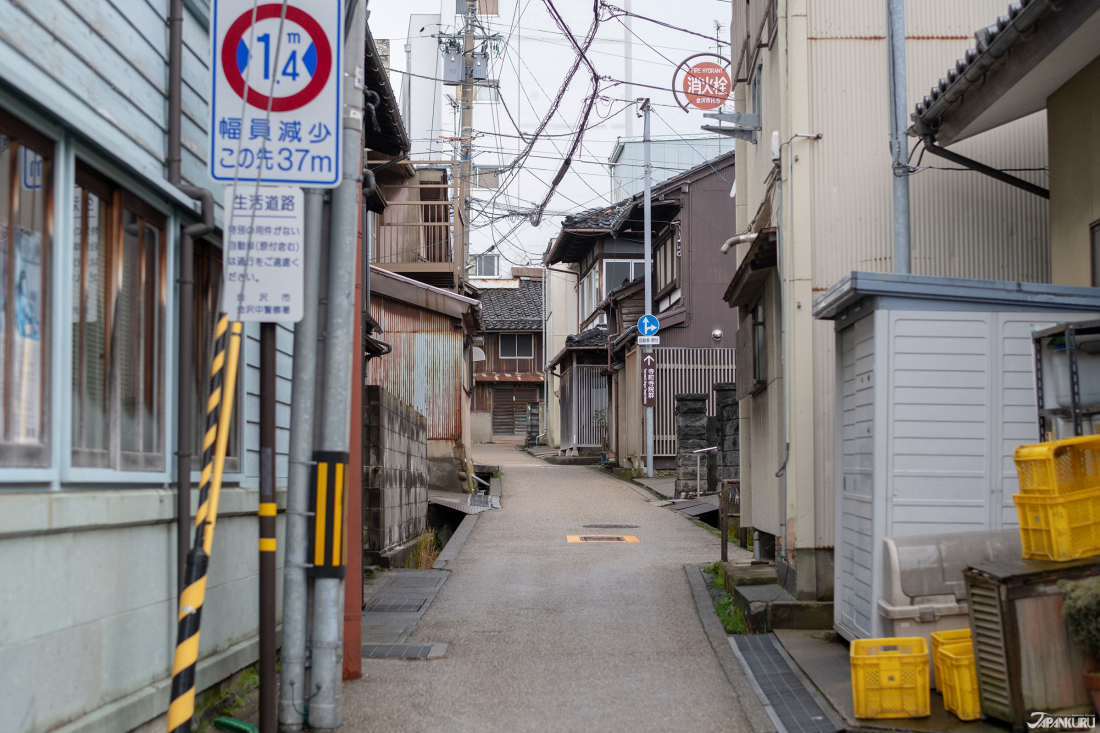 In addition to Kanazawa's iconic Kenrokuen, historical Kanazawa contains a variety of traditional neighborhoods including its well-preserved chaya districts, or "tea house streets" found near the downtown area and along the Asano river. These districts are divided into three main areas: the largest and most popular, Higashi Chaya-gai (Eastern Tea House Street), Kazue-machi Chaya (named after a Kaga region samurai clan), and Nishi Chaya-gai (Western Tea House Street)—the smallest of the three, though it contains the largest concentration of geisha. Nishi Chaya-gai, like its counterparts, originated during the Edo-era, is incredibly well-preserved, and includes traditional wooden buildings highlighted by their red wooden lattice exteriors.

Evening Strolls and Sensations of an Age since Past

Constructed around the same time as Higashi Chaya (the larger, busier tea house street to the east), Nishi Chaya has been in operation for around 200 years since the Edo-era. The district is the smallest of the three geisha districts, and while located a bit far from the station, the "Ninja Temple" is located just a short distance away, making for an excellent combination if you have interest in visiting both areas. Given its distance from the station and its smaller size (the district itself is comprised of one main street), Nishi Chaya is a much less crowded option in comparison to Higashi Chaya. The atmosphere here creates a calmer, more authentic feeling of the past—as you may glimpse geisha scuttling about or the sound of a shamisen playing in the distance.

Outside of the singular street containing cafes, shops, and geisha houses, the main attraction here is Nishi Chaya Shiryokan, a museum freely open to the public containing historical displays of the district.
In addition to the traditional tea houses, there are also several small shops and cafes with a variety of handmade local crafts and sweets on offer. One specialty we recommend sampling here are Kanazawa's seasonal confectioneries called "rakugan," a type of wagashi which are meant to be enjoyed with tea, and are molded to reflect seasonal foliage and fauna.

When people typically see "natto" in the spelling, they tend to think of the pungent, fermented beans many foreign visitors find unsavory, but in this case, nothing could be further from the truth. Amanatto is a traditional sweet typically comprised of azuki or black beans boiled with sugar, dried, and then coated with more sugar—making for a delicious confectionary that pairs particularly well with green tea. 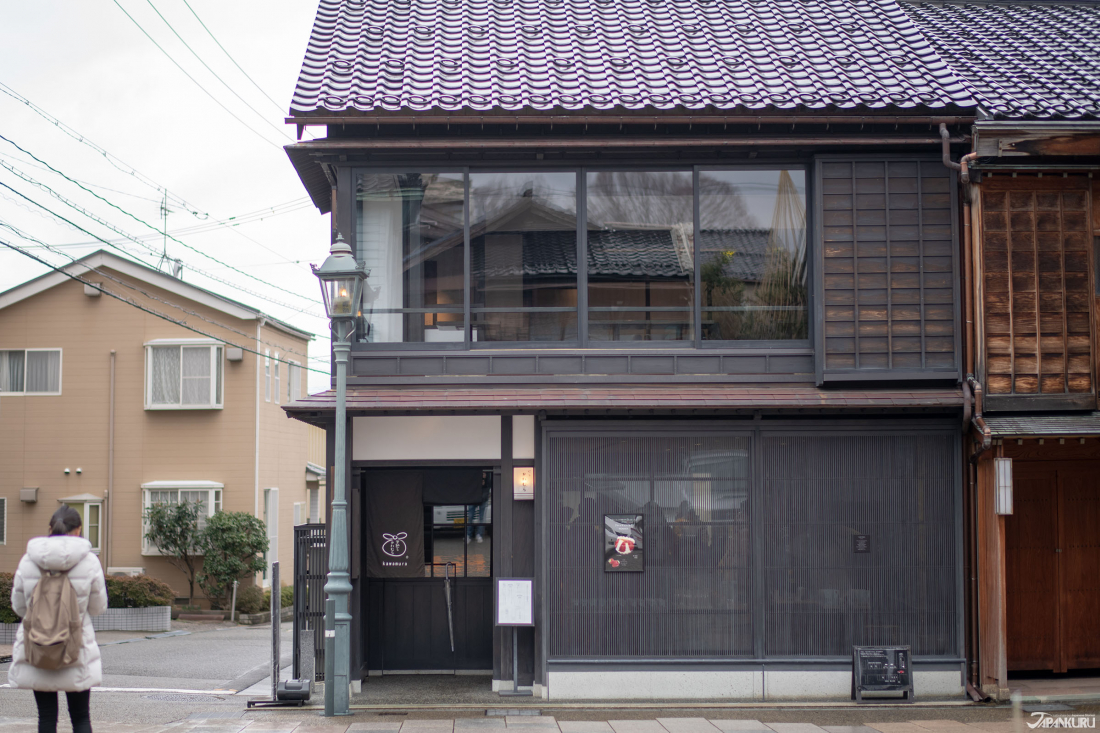 Like Amanatto Kawamura (pictured above), some shops here sell a variety of the boiled beans in packets mixed with walnuts, chestnuts, sweet potato, or various seasonal ingredients that make for excellent opportunity to sample local flavors and familiarize yourself with traditional Japanese sweets. The flavors are often more subtle than western sweets, though exceptionally delicious, and are touted as being a more healthy alternative when compared to most processed snacks common today. If visiting this shop, be sure to also check if they’re carrying some of their frozen treats—which sell out quickly due to their limited supply and popularity.

Amanatto Kawamura (甘納豆かわむら)
Google Maps
⏰Operating Hours: Weekdays 9:30 am-6:00 pm / Holidays: 9:30 am-5:00 pm, Closed every first Tuesday
💻Official Website (JPN)
Visitors to Nishi Chaya-gai will find echoes of Kanazawa's prosperous past condensed into this beautiful Edo-era relic, and due to its size is a much more calm and tranquil version of bustling Higashi Chaya-gai. All three of the still-intact tea house streets in Kanazawa maintain their own unique and charming characteristics, and we hope you are able to make time to visit all three and compare for yourself next time you visit the region.