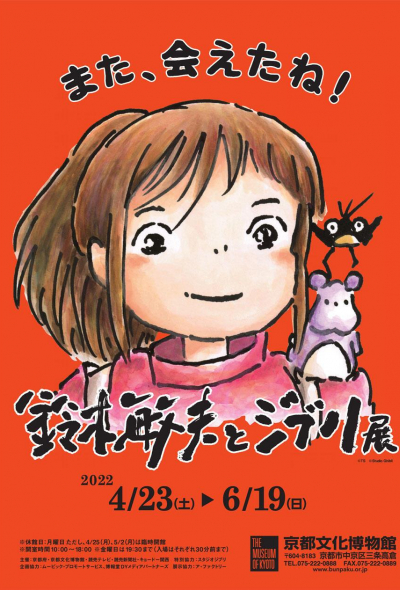 Many fans of the popular anime creators Studio Ghibli know of famed director Hayao Miyazaki, or the late great Isao Takahata, but one important contributor to the studio's success with a little less name recognition is Toshio Suzuki. However, Suzuki helped make early Ghibli movies like Nausicaa a success in the 80s as the editor of entertainment magazine Animage, before hopping on board as an official producer of beloved anime favorites like My Neighbor Totoro and Grave of the Fireflies, and eventually taking on titles like Ghibli corporation president and general manager. This exhibition is all about the man who supported and guided the growth of Studio Ghibli, including shelves of books and manga that influenced him since childhood, drafts of his calligraphy work that went on to become the real title cards for Ghibli films, bits and pieces from years of work at the studio, and even a recreation of Suzuki's "hideout." Only in the Tokyo exhibition space, don't miss the Spirited Away bathhouse photo spot as well!