Attention all sake lovers! Take a look at our exclusive tour of this award-winning sake brewery.
Urano Sake Brewery, known locally as Urano Shuzo (浦野酒造), has been brewing sake for more than 150 years, passing the baton from one generation to the next. So when the Japankuru team visited the city of Toyota, we knew just where to go to learn about local sake! Urano has a little tasting area at the brewery, but they don't normally offer tours to visitors, so we were extra lucky to get a chance to look around the brewery area itself, and take some pictures. 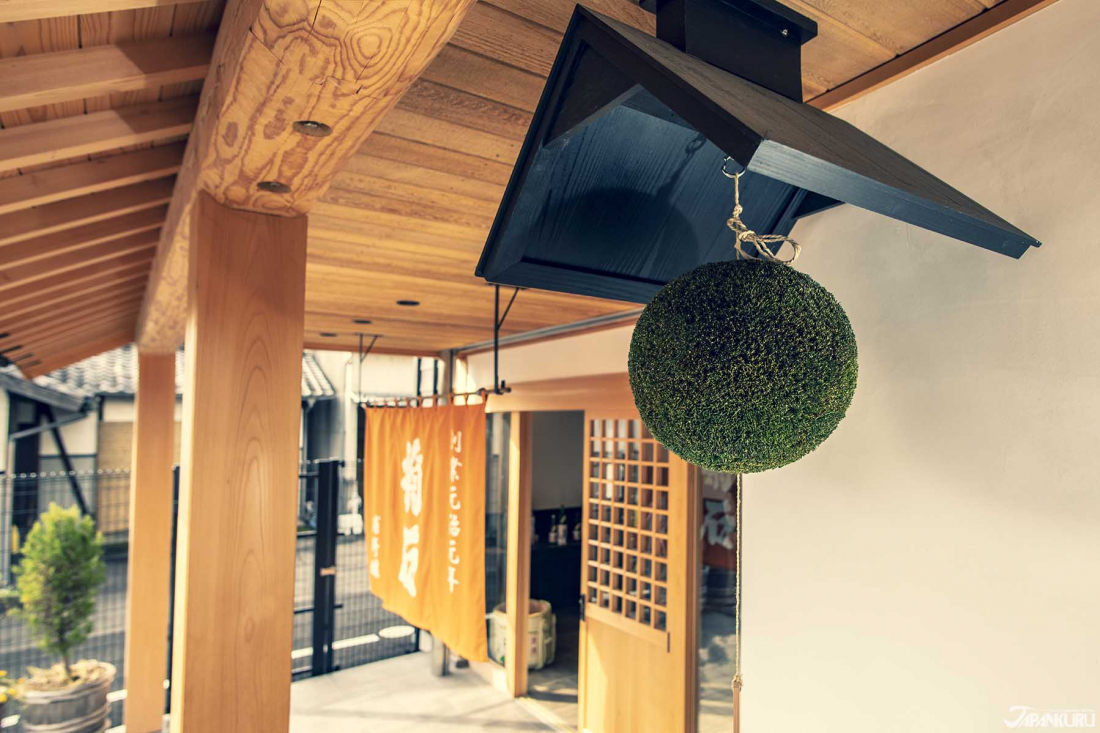 The brewery building is historic, although it has some newer additions, and one side of the brewery sits up against the Iida Kaido road, an Edo-era (1603-1868) road that runs through the area.

If you've ever wondered what the bit ball of twigs outside sake breweries is for, well, so did we! The staff were nice enough to explain that the "sugidama" (杉玉), as it's called, is a ball of cedar that signals where in the brewing process the brewery is. When a new sugidama is hung outside, all fresh and green, it means that the brewery is making up a brand new batch of sake. As time goes on, the ball dries out and turns brown, and once the sake is done brewing and ready to drink, you can tell from the brown sugidama hanging outside! 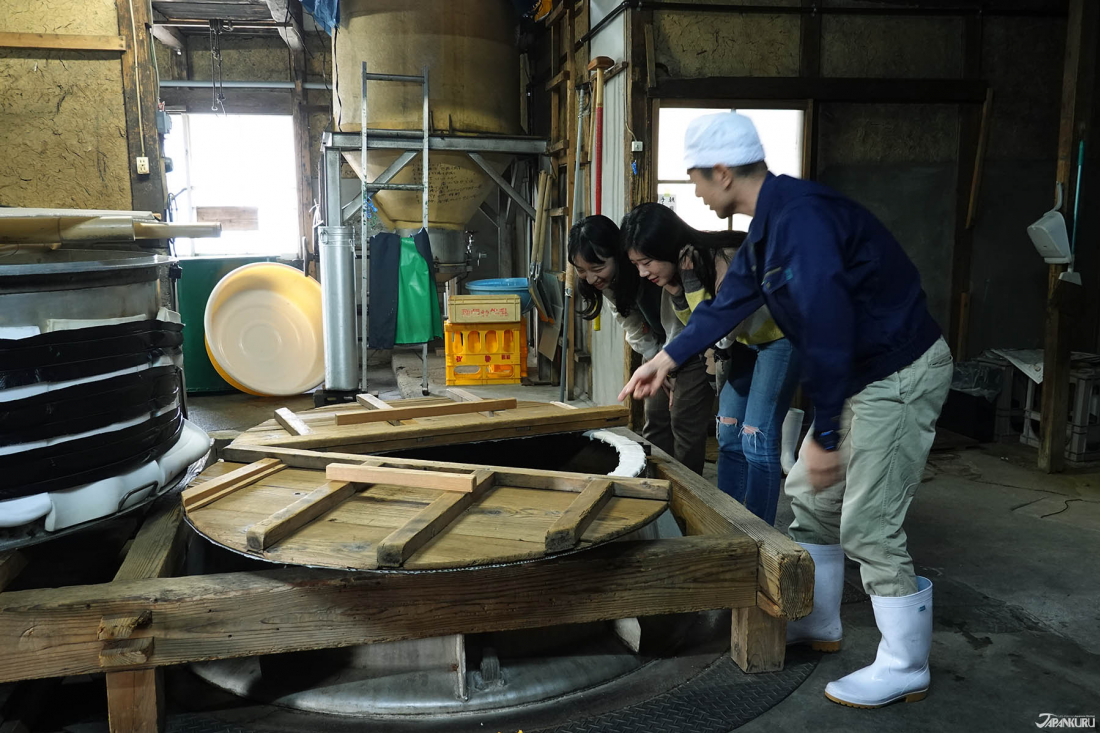 Before it gets turned into sake, Urano Brewery cooks up huge batches of rice in these big traditional cauldrons. 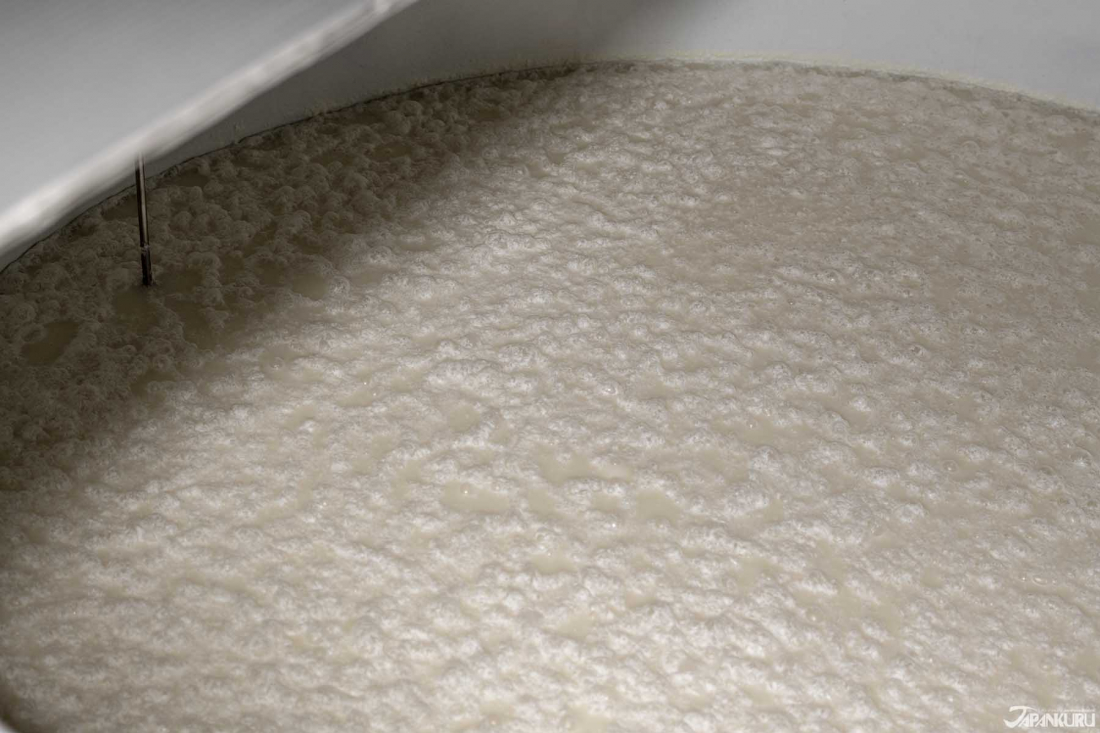 The rice is combined with koji (麹), a kind of mold that's used to make quite a few Japanese specialties (it's also used in miso and soy sauce), and then left to ferment in vats that reach higher than your head. Sometimes, the fermentation is so active that you can hear the bubbles forming and bursting on the surface of the rice mixture. It makes a soft crackling sound! 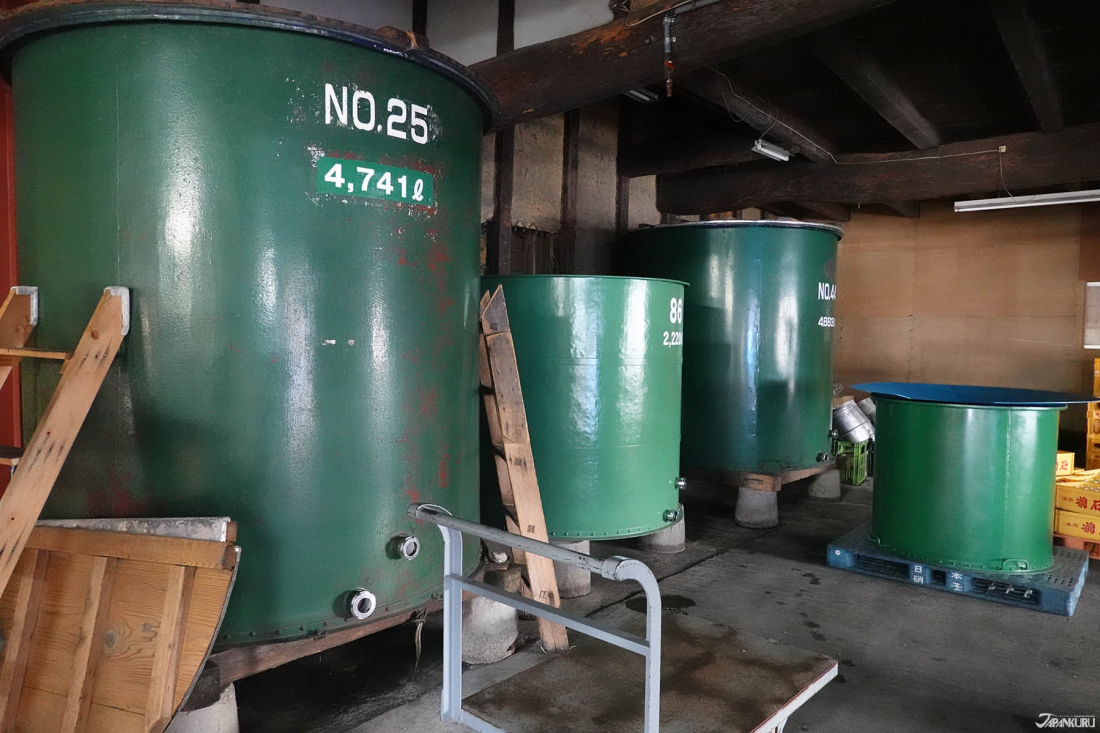 Before you can drink it, the fermented rice is taken and pressed with gentle but intense force, to extract the final product: fresh new sake! They filter the sake in these tanks before bottling it, but since sake production generally follows the seasons, it wasn't the right time of year for us to see that part of the process. 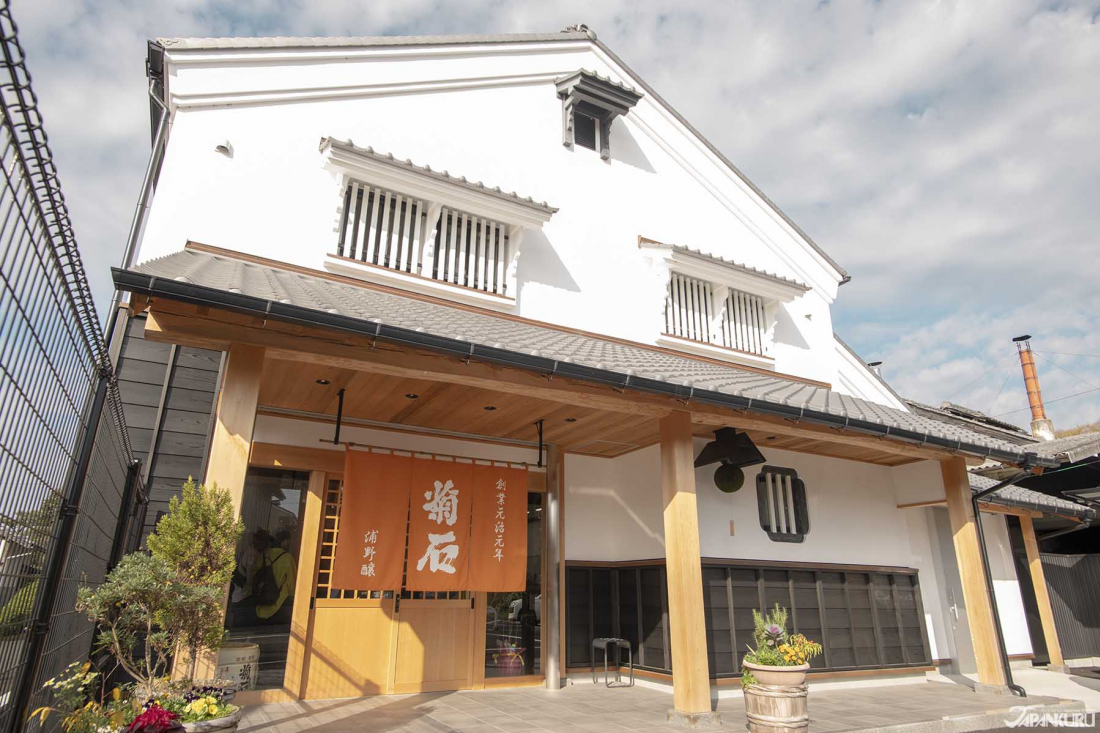