New Ghibli Skateboard Decks in Tokyo - Hit the Streets with Catbus Beneath Your Feet!

New Ghibli Skateboard Decks in Tokyo - Hit the Streets with Catbus Beneath Your Feet!

Whether Spirited Away is your jam or you're more of a Totoro fan, if you're a Ghibli-loving skater who wants some official Ghibli merchandise, you're bound to like these new boards. 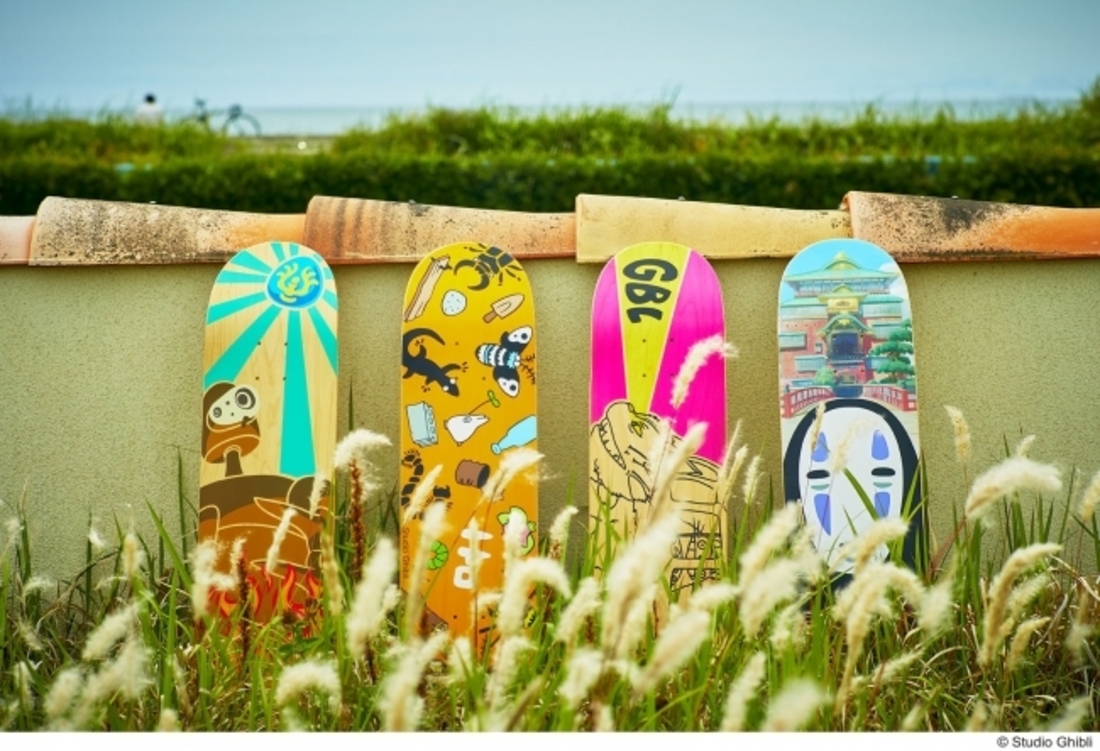 Hayao Miyazaki has been trying to retire for years now, but the Studio Ghibli brand isn't going anywhere. A Ghibli theme park is currently under construction, the touring Ghibli Expo exhibition is always a big event, and Tokyo's Mitaka Ghibli Museum is one of the most popular attractions in the city. So it was no huge surprise when Ghibli decided to develop their new GBL brand of merchandise in 2016, a self-dubbed "American casual" clothing brand with high-end Ghibli design t-shirts and, occasionally, other items of clothing. GBL has been selling merchandise through official Ghibli webshops up until now, and just this summer announced the upcoming opening of its first retail location in Shibuya, to the joy of many excited fans.

What I don't think anyone expected, though, was for GBL to time the opening of their first-ever storefront with the release of four Ghibli skateboard deck designs! 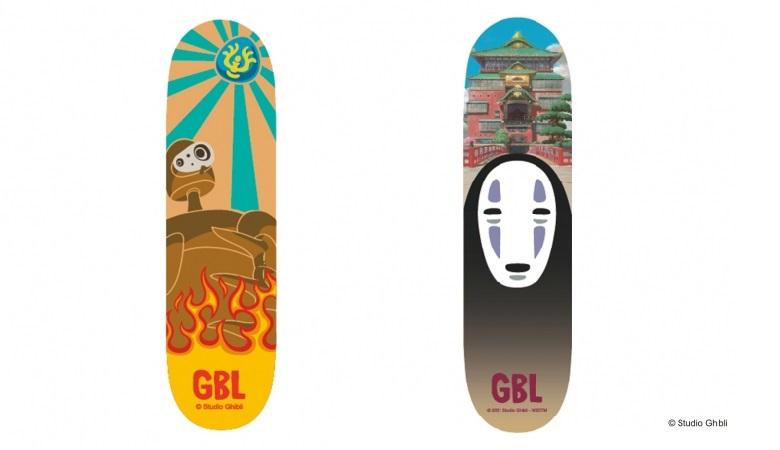 Each of the decks features a different iconic Ghibli character or theme, like the giant robot and vitally important Laputan amulet of Castle in the Sky, or Spirited Away's No Face, standing ominously in front of the bathhouse.

Both of the horizontal designs are from My Neighbor Totoro, and while any Ghibli fan will probably recognize the catbus (with a little Totoro inside!), some may not realize that the second design is based on the movie's title art.

The skateboard decks will be sold for 12,000 yen each (about 110 USD), and come without any wheels or other gear. While they'd make for some pretty awesome skateboards, it's clear that GBL is also just selling the decks as art. And to be honest... I wouldn't mind hanging one of these on my walls, despite decidedly not being cut out for skateboarding. The Japankuru team is planning a visit to the new Miyashita Park shopping facility when it (including the new GBL storefront) opens later this month, so we look forward to seeing the gorgeous designs in person!

Is there another Studio Ghibli character or design you wish you could see on a skateboard? Got any questions? Check out the Japankuru twitter, instagram, and facebook!