Efterträda is the name of Ikea's new fashion line, and it's making a splash at their new Harajuku location. 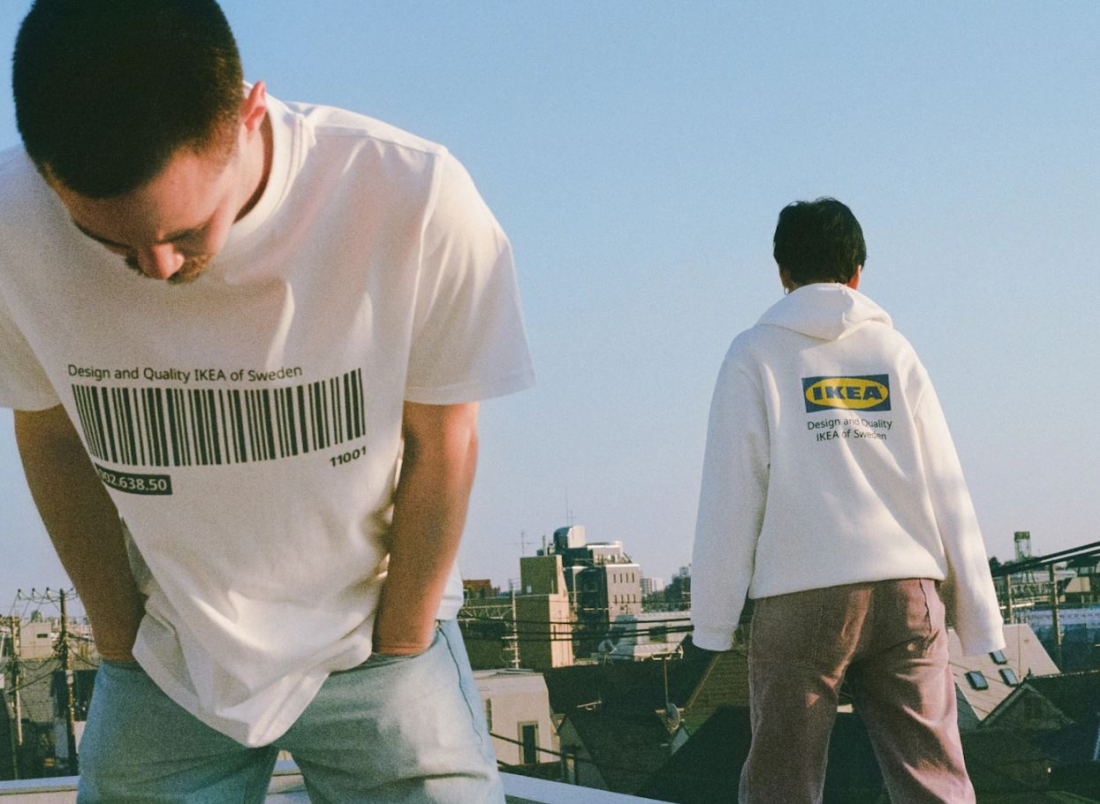 Not too long ago, the Japankuru team took a little trip down to Harajuku to check out the brand new Ikea Harajuku in "With Harajuku," a newly constructed shopping facility across from Harajuku Station. While a new Ikea location is always exciting for unabashed Ikea fans like... some of us... this one was particularly noteworthy thanks to its status as the very first city-center Ikea shop in the world! It certainly lived up to that reputation, with a sleek compact layout (still huge for such a busy location like Harajuku), an aesthetic featuring smaller mini-showroom designs, and an Ikea cafe with a menu of brand-new Ikea cuisine―perfect for city-dwellers stopping by as they wander through Harajuku. The new Ikea even offers very on-trend vegan ice cream!

But the newest announcement from Ikea Harajuku is sure to have Ikea fans lining out the door: Ikea fashion!

In recent years we've seen Ikea branch out into more than just sofas and rugs, and their iconic blue bags have been used as carryalls by customers since they hit the scene, so Ikea isn't entirely new to the world of accessories. Actual clothing, on the other hand, is a new venture for the furniture and homeware company.

The new Efterträda Collection, a limited-edition line only available at Ikea Harajuku, is in part a response to the knock-off Ikea logo t-shirts seen on the streets of Japan. Ikea Japan says that the clothing line is "a collection both inspired by, and made for, the people of Tokyo." (They're even releasing a fashion lookbook featuring real "young Tokyoites" in their actual homes, showing off stylish Ikea looks.)

The name of the collection, Efterträda, means "successor," with an eye on the idea that clothing could be the next step forward for Ikea as a whole. For now, though, the company is keeping it simple. The Efterträda Collection includes just one t-shirt, a hoodie, and a handful of new accessories. 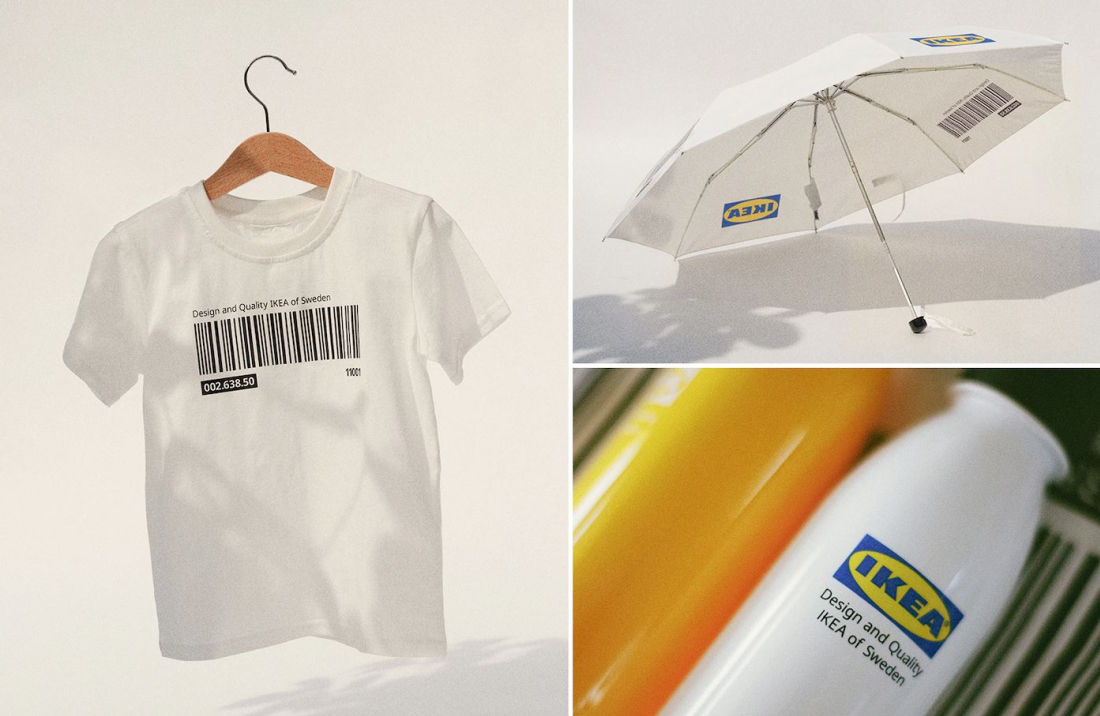 The designs on the clothing items themselves are simple, too. Aside from the iconic Ikea logo, the items feature a barcode. No, this barcode isn't the barcode for the t-shirts and hoodies themselves, or one made up just for the design, it's actually the real barcode for Ikea's best-selling product: the Billy bookcase! If you have ever furnished your home with Ikea furniture, there's a pretty good chance you've picked up a Billy or two (I know I have).

For all of you Ikea fans out there who aren't quite committed enough to wear an Ikea barcode on your chest or the logo on your back, there's always the Efterträda tote bag, umbrella, waterbottles, or bath towels (for when Ikea's standard solid-colored bath towels don't quite cut it). 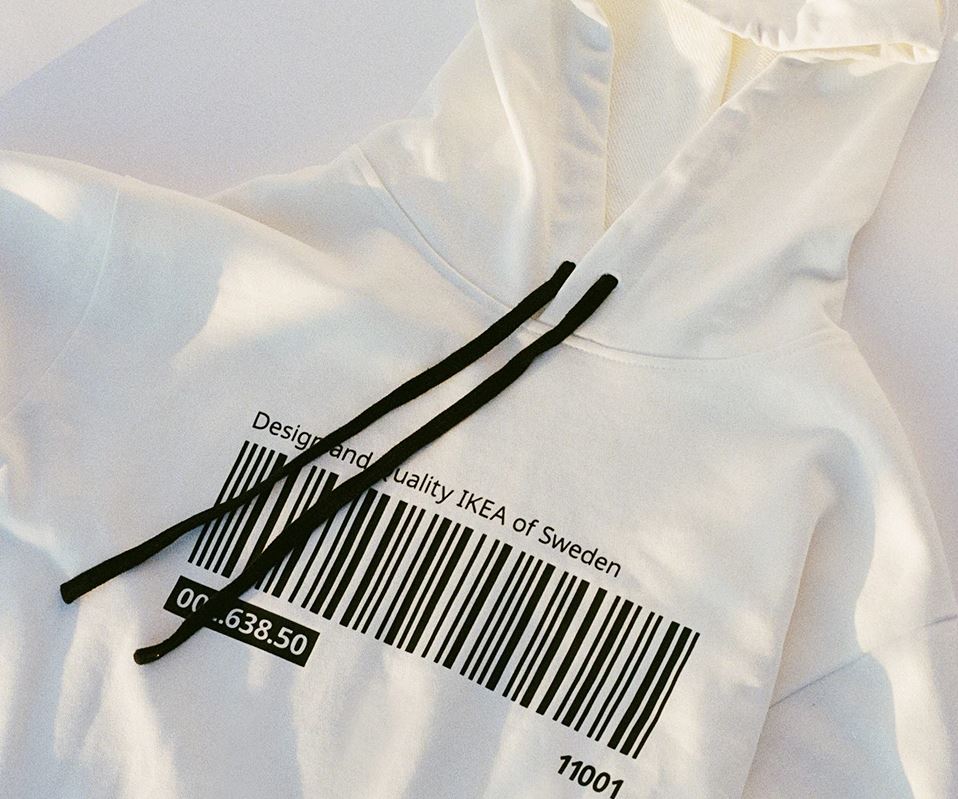 The Efterträda Collection is available only at Ikea Harajuku, from July 31st to August 6th, 2020. If you want to get your paws on any of these items, we recommend you go as soon and as early as possible. We feel fairly sure they'll sell out fast!