Osaka Castle: What to Know and What to Do While You're There!

Osaka Castle: What to Know and What to Do While You're There!

The Osaka Castle grounds has history, shrines, and cherry blossoms! Everything you need for a day out in Japan. 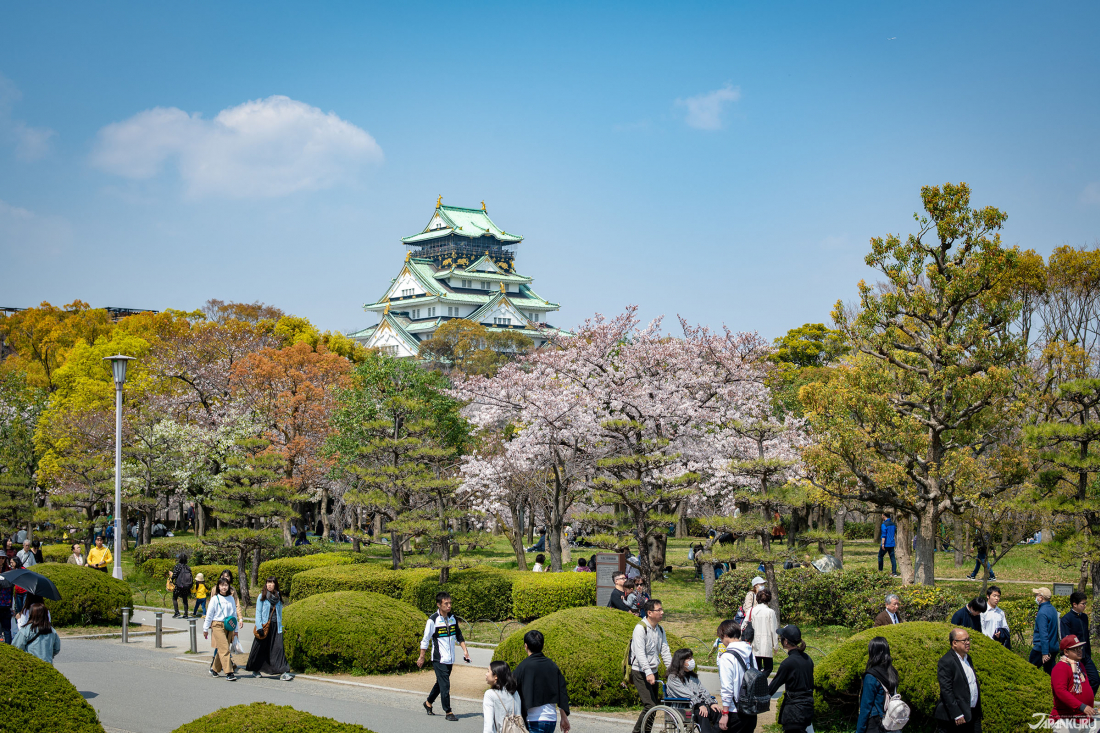 A Castle Both Modern and Old

Osaka Castle is a major sightseeing spot in Osaka, and there's certainly good reason to go! With plenty of history in the area, a visit to the castle can teach you a lot about Japan and some of its famous historical figures. With a modern, information-packed museum inside the building itself, you can spend quite a while there catching up on the last few hundred years of battles and other happenings in Japan. Take advantage of the modern elevator right inside, or climb up a few flights of stairs, and admire the scenic views of Osaka City from the top of the main tower. Or, especially popular during the spring season (but certainly beautiful all year 'round!), stroll through the castle grounds and gardens. If you visit in late March or early April, Osaka Castle is one of the most popular spots in the area for viewing cherry blossoms. During other seasons you'll still be able to admire the lovely foliage and views of the castle itself, of course. Osaka Castle is a must-see spot during any trip to Osaka! 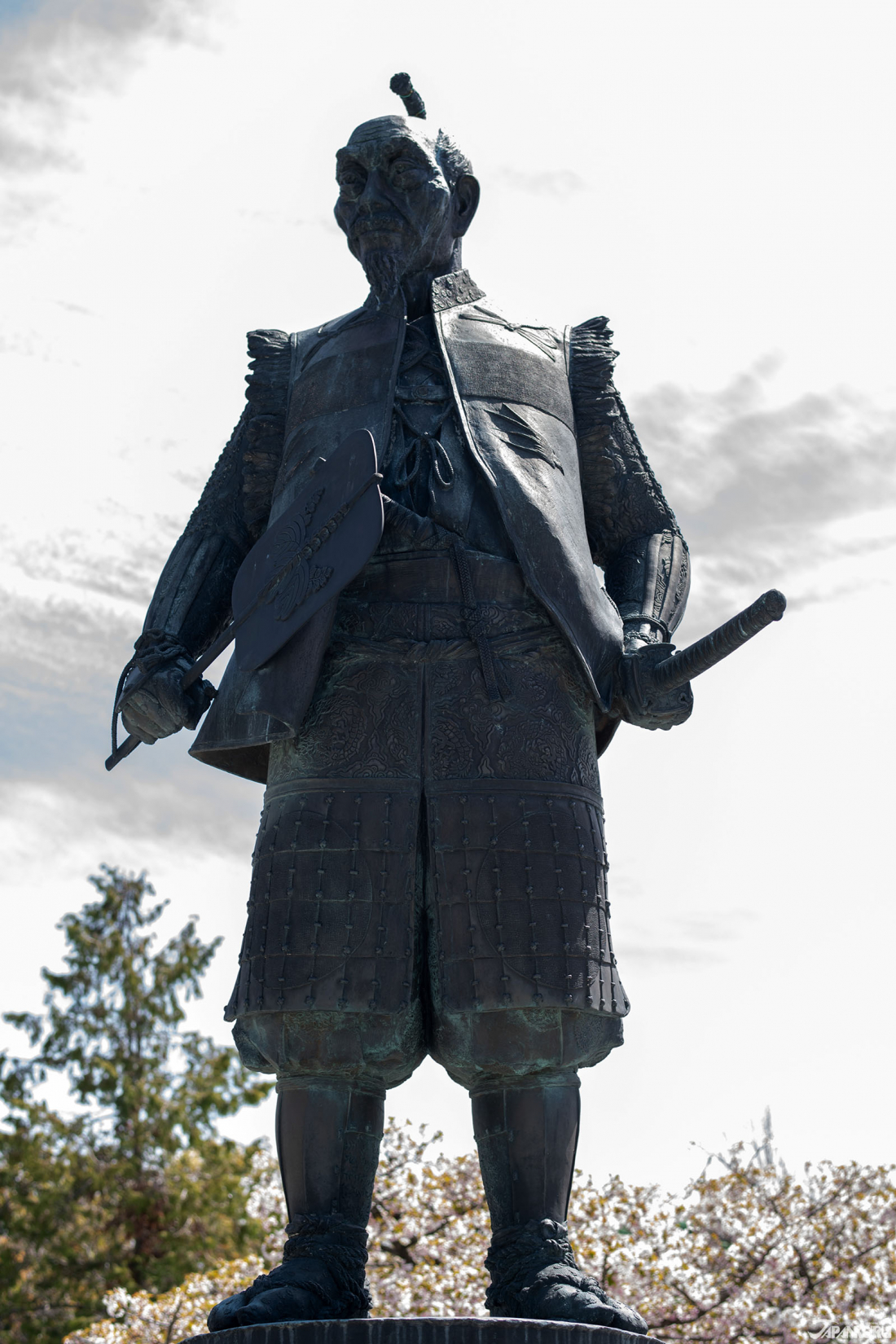 A Statue of Toyotomi Hideyoshi at Osaka Castle

As it stands now, the main tower of Osaka Castle is only about 90 years old, having been rebuilt in 1931. Don't let its relatively recent construction fool you, though— the structures that have occupied that space have a much longer history. All the way back in 1496, a small temple was built on the land, followed by the larger and more important Osaka Honganji Temple. This is where the three unifiers of Japan enter the story,  Oda Nobunaga and his retainers Toyotomi Hideyoshi and Tokugawa Ieyasu. Part of Oda's attempt to unify the country included going to war with the temple, eventually burning it to the ground. After Oda Nobunaga's death, Toyotomi followed in his master's footsteps gathering power, and built a castle where the temple had been. He wanted to make the castle great and impressive, and put a strong emphasis on gold leaf! (If only that had survived.) This was the first incarnation of this now famous building, and was the largest castle in Japan at the time.

After Toyotomi died is when things around the castle really heated up, though, as Toyotomi Hideyoshi's son Hideyori grasped at his father's power and based himself in the recently completed Osaka Castle. Japanese history buffs may know... this did not work out particularly well for Hideyori, in the end. Tokugawa Ieyasu, who had been a supporter of Toyotomi Hideyoshi, was less of a fan of his son. The famous Sekigahara War began, and Tokugawa won, claiming power for himself and changing the history of the country. During this struggle, Tokugawa Ieyasu again ruined the structures built on this land, severely damaging Osaka Castle. This meant that the castle was then rebuilt in the 1620's, version number two. The castle walls built during this era still stand, if you're looking for some genuinely old structures during your visit!

Unfortunately, the castle grounds clearly don't have a history of good luck. Fires in 1660 and 1665 damaged large parts of the building, and proper repairs weren't made until the mid-1800's. Not more than 30 years later, in 1868, the castle was captured and then burnt to the ground, a part of the Meiji Restoration. At this point the grounds were used for military barracks for a while, until 1931, when the most recent edition of the castle was finally constructed. The castle didn't get through World War II entirely unscathed, but for the first time in its history, it mostly survived the ordeal. After some major repairs in the '90s, the castle is now a major sightseeing spot, with an entirely modern interior taken up by a historical museum. If you want to read more about the history of the area, Japan, and the three unifiers of Japan, the museum is worth a visit! 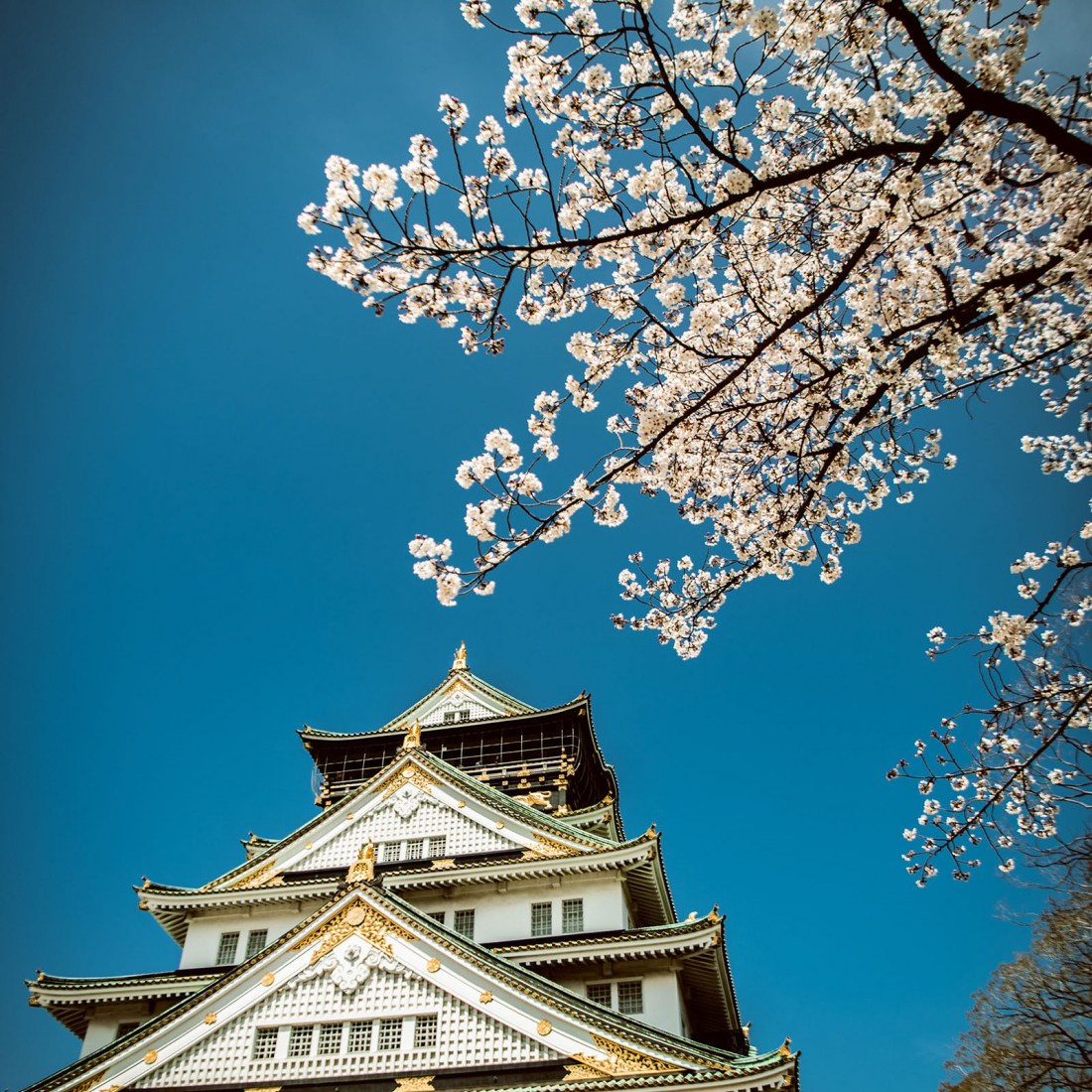 A Place to Stay All Day

While visitors can certainly take a quick look around the museum inside the castle and then be on their way, a relaxing day at the castle grounds is also a great possibility! After you've looked out on the city of Osaka and read up on your Japanese history, take a relaxing stroll along the paths surrounding the mote and take in the really lovely view. There's even a shrine dedicated to Toyotomi Hideyoshi, so you can go thank him for the work he put into making Osaka Castle what it is today. And although it requires an extra entrance fee, the Nishinomaru Garden is also a popular attraction, with a selection of buildings related to the castle (some of which are much older than the main tower), and some great picture-taking angles. Spend a day enjoying all that Osaka Castle has to offer, and let us know what you think!

If you're looking for a place to stay while you enjoy Osaka, check out our article on Imano Osaka Shinsaibashi Hostel!

Or if you want to do some shopping while you're there, head to Kuromon Market for something to eat, and URBAN RESEARCH Shinsaibashi for some new duds!

Be sure to look out for more exciting articles every day at JAPANKURU🐶!!