Is your everyday commute getting a little boring? You might want to move to Japan for a chance to use these adorable transportation hubs instead.
Japanese train stations are known for their quirks―from the maze-like hubs of trains and shops found in Tokyo to the tiny rural stations run by cats. (Yes, cats. You know the one.) And sometimes, instead of "crowded" or "noisy," the best way to describe those train stations is "kawaii." 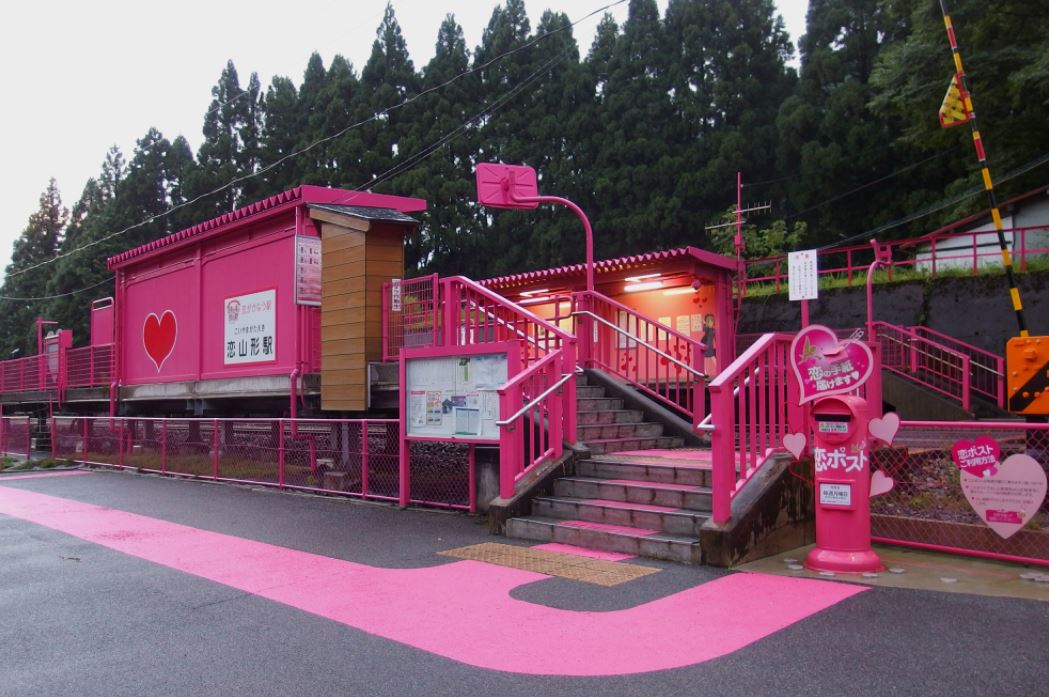 If you can read a little Japanese, you might have already figured out why this station is so ridiculously lovey-dovey. The "koi" in the name Koiyamagata actually means love, so when this station was renovated in the summer of 2013, it turned into a pink wonderland in the middle of rural Tottori. 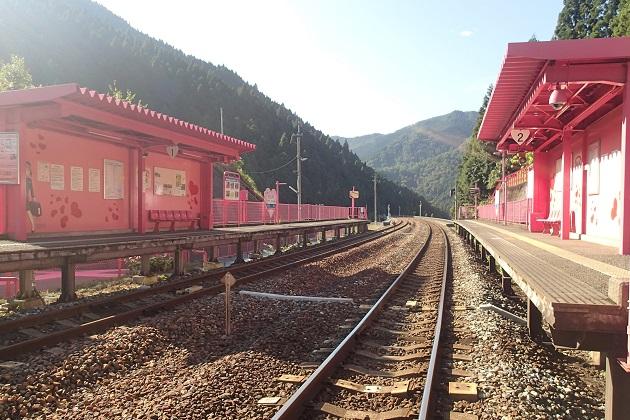 Pink walls, pink fences, pink lamps, heart-shaped signs, and "a bell that rings when love strikes"―there's no doubt that a lot of the passengers getting off at Koiyamagata Station are there for the insta-bae factor. 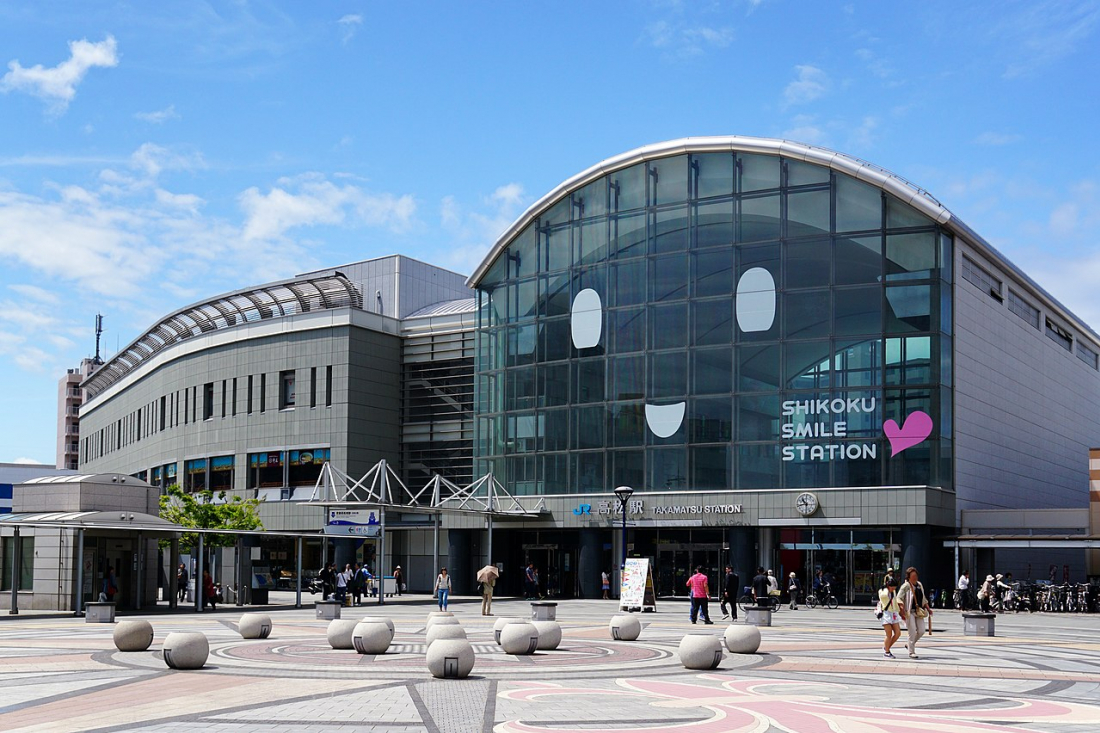 Takamatsu is a little off the beaten path for most international travelers, but it might just be worth visiting the island of Shikoku to see "Shikoku Smile Station." The in-your-face adornment that makes the station so cute is just that, a face. A face named Eki-chan.

Eki (駅) means "station" in Japanese, so between the name and the enormous size of Eki-chan's face, it's not the most subtle way to decorate the station. But who needs subtlety when you can be cute instead? Eki-chan's smile is contagious. 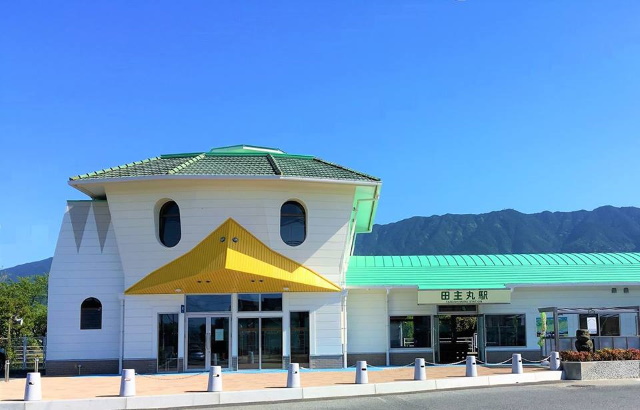 Perhaps the silliest station of them all, Tanushimaru Station has a clear theme: kappa. Kappa are mythical Japanese creatures, one of the many "yokai" (妖怪) spirits that turn up in Japanese stories and legends. While the old stories of kappa tend to be pretty scary―full of monsters dragging humans into marshy water―these days they tend to be pretty cute, with cute green skin, cute yellow beaks, and cute bald heads.

In Tanushimaru, kappa have long been a part of local legends, and they're thought of less as scary monsters and more as gods of the water. So at Tanushimaru Station they've taken on the kappa as a mascot and a guiding theme. Just look at that kappa-shaped entrance! 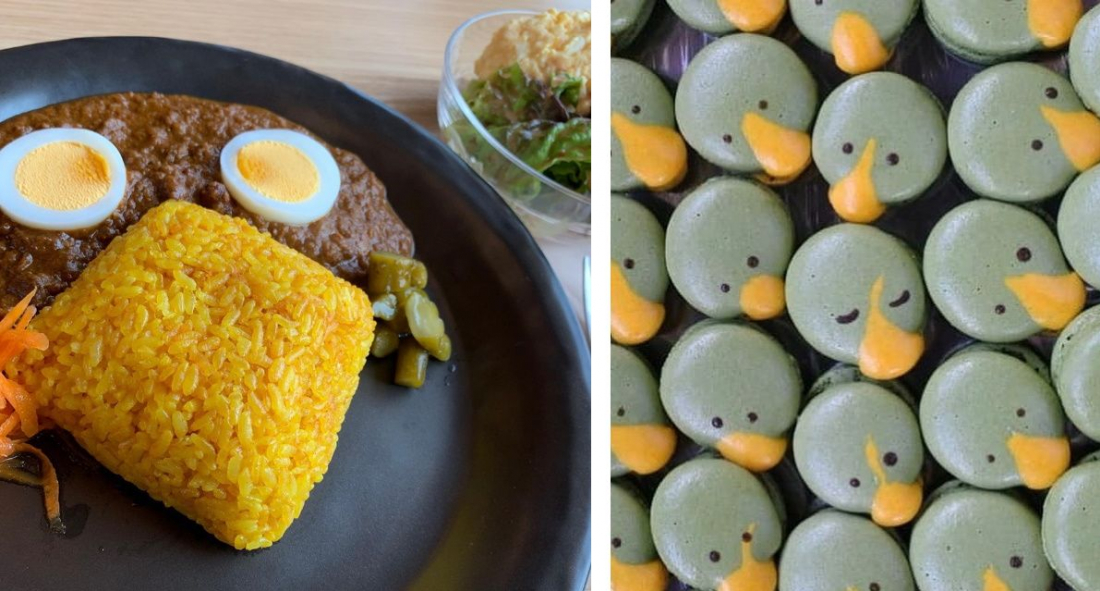 Inside the station building is the "Kapateria," a kappa-themed cafe. If kappa buildings and kappa waiting to welcome passengers on the station platform isn't enough cute kappa for you already, take a seat inside and don't miss the kappa curry, kappa-shaped macaron made by a local patisserie, or the Kapateria lemonade.


Which station will you get off at first?