This train trip along the Kurobe Gorge is even more beautiful in the autumn, and a must-see “koyo” experience. 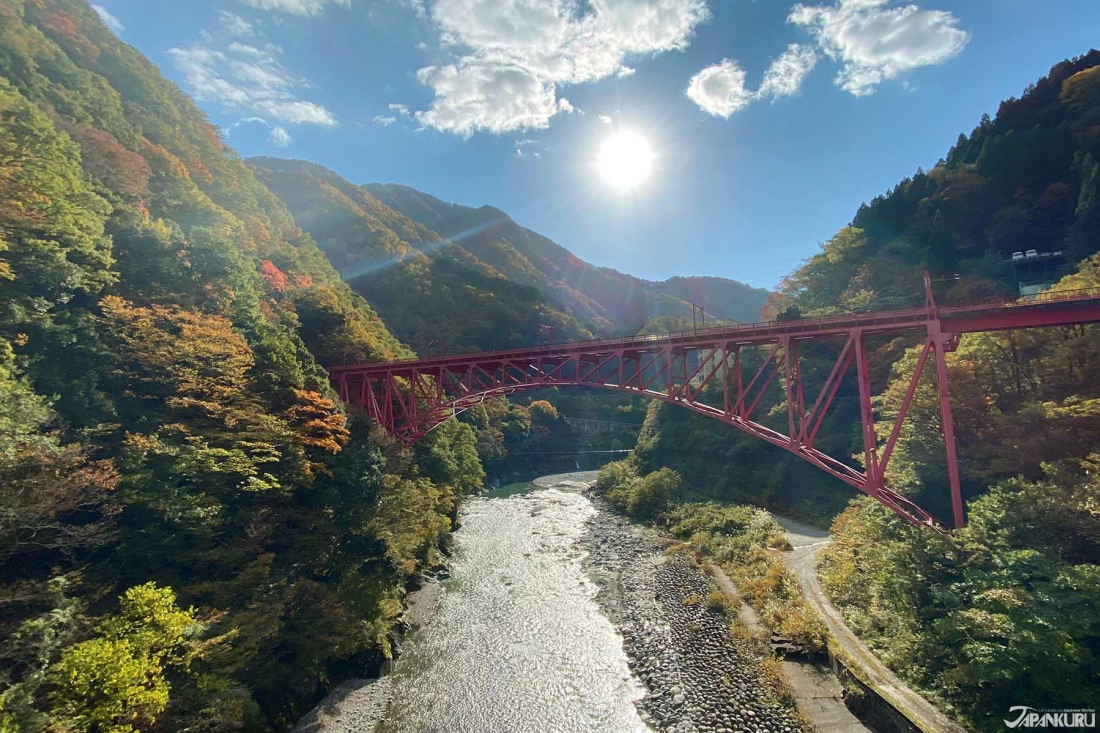 The Kurobe area of Toyama Prefecture is known for immense snowfall high in the mountains, and the deep gorge carved away by the Kurobe River, now host to nature-based sightseeing and the construction of some massive dams. During the spring two years ago, the Japankuru team took a trip to the Unazuki Onsen area of Kurobe to explore the area's great views, steamy onsen, and famously fun torokko train, which runs along the edge of the Kurobe Gorge.

Last autumn, we returned to the area to see how the changing of the seasons had transformed Kurobe's spectacular landscapes, so now we're reporting back to you on our "koyo" (紅葉, fall foliage) trip to Unazuki Onsen!

Koyo Along the Torokko Train Line 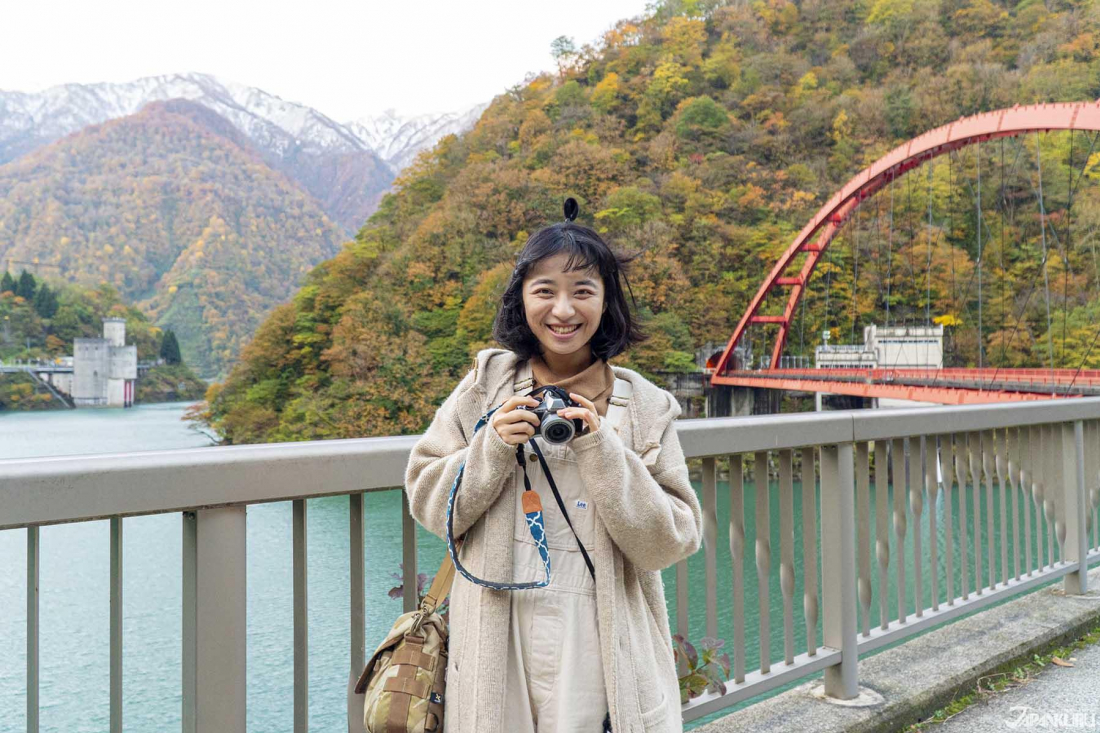 Striking out into the great outdoors (or even a neighborhood park) to see the changing of the leaves each fall is a treasured tradition in Japan, called koyo, and there's no doubt that Kurobe is a koyo hotspot. When we took the Kurobe Gorge Railway torokko train along the cliff face last spring, we were blown away by the verdant green rising up from both sides of the river, all throughout the gorge. In fall, that same foliage turns all shades of red, orange, and yellow, transforming into a perfect koyo mosaic.

Colorful mountainsides jut into Lake Unazuki, and the fall weather somehow adds to the atmosphere of Shin-Yanagawara Power Plant (a uniquely-shaped power station that resembles something from medieval Europe), which almost looks like it could be a castle on a Scottish loch. 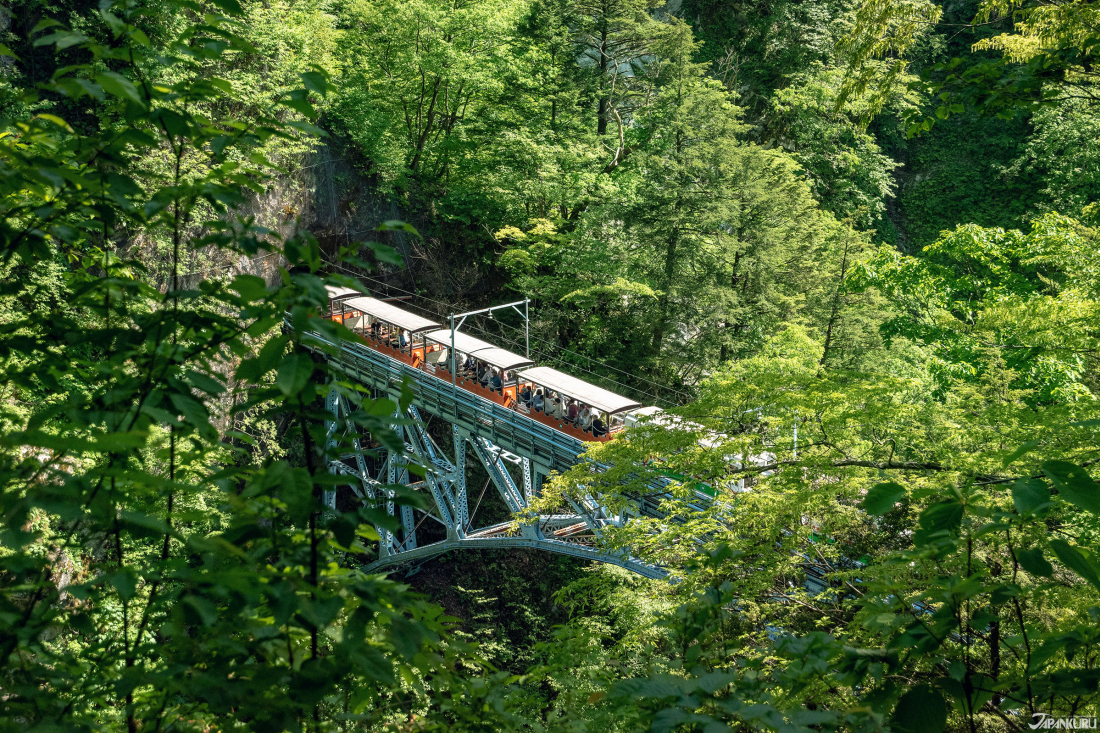 In spring, sites like Atobiki Bridge are crowded by beautiful bright green leaves...

▶ More views of Kurobe in spring. 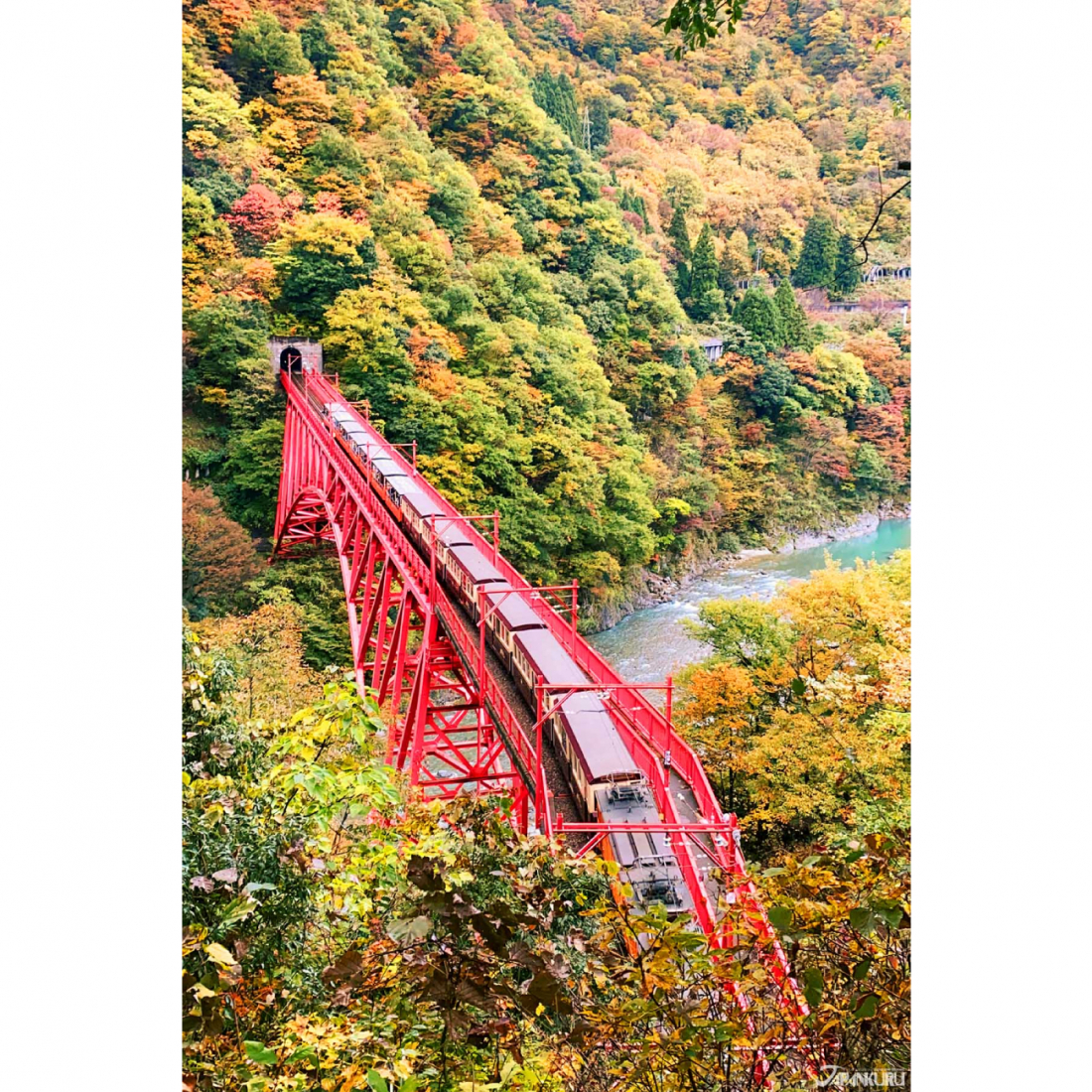 ...But in fall, the trees are painted in a gradient of colors, creating a warm background for spots like the Shin-Yamabiko Bridge, the first bridge crossed after leaving Unazuki Station.

The new coloring along the mountainsides set off each of the Kurobe spots we visited last year in new ways, and it's hard to say whether a visit in spring or autumn is betterーreally, we recommend both. 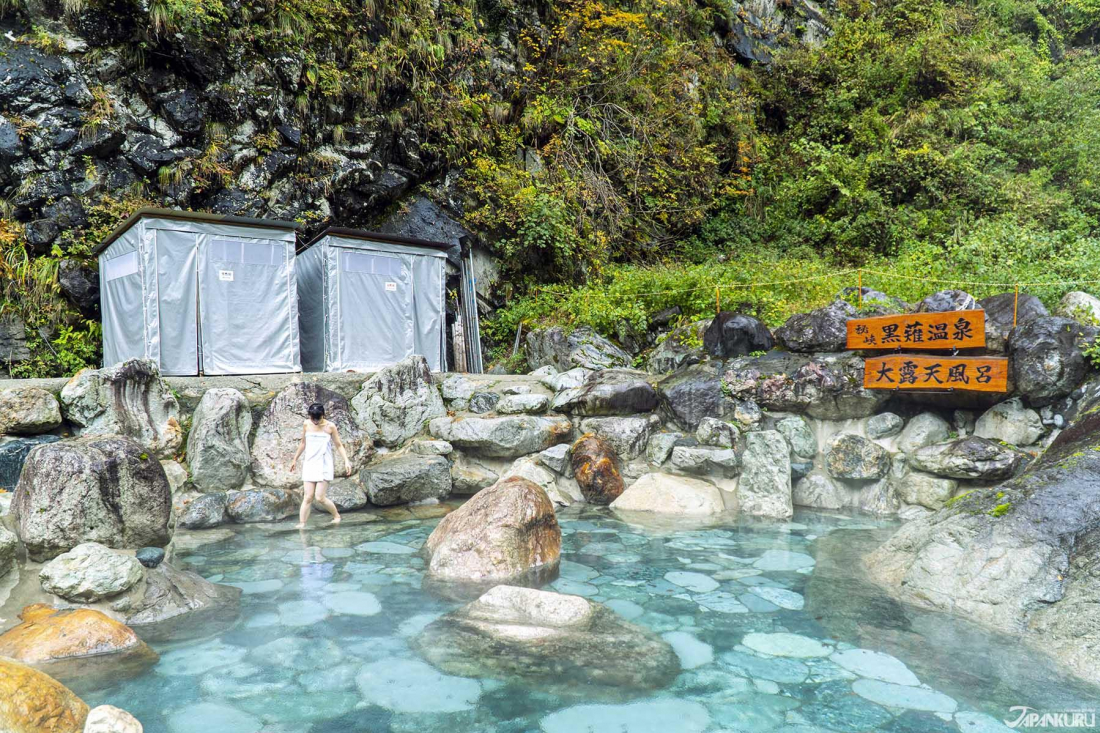 While our springtime trip to Kurobe included the hike from Kuronagi Station and a climb down well over 200 stone steps to see Kuronagi Onsen, we didn't get to stay long. This time, we had a chance to spend a moment at this outdoor mixed bath placed just steps from the banks of the river, enjoying the sounds of the rushing water while steaming away in the hot onsen water. The same fantastic canyon walls that we saw in spring had changed colors, making this soak at Kuronagi Onsen a uniquely relaxing autumn experience. 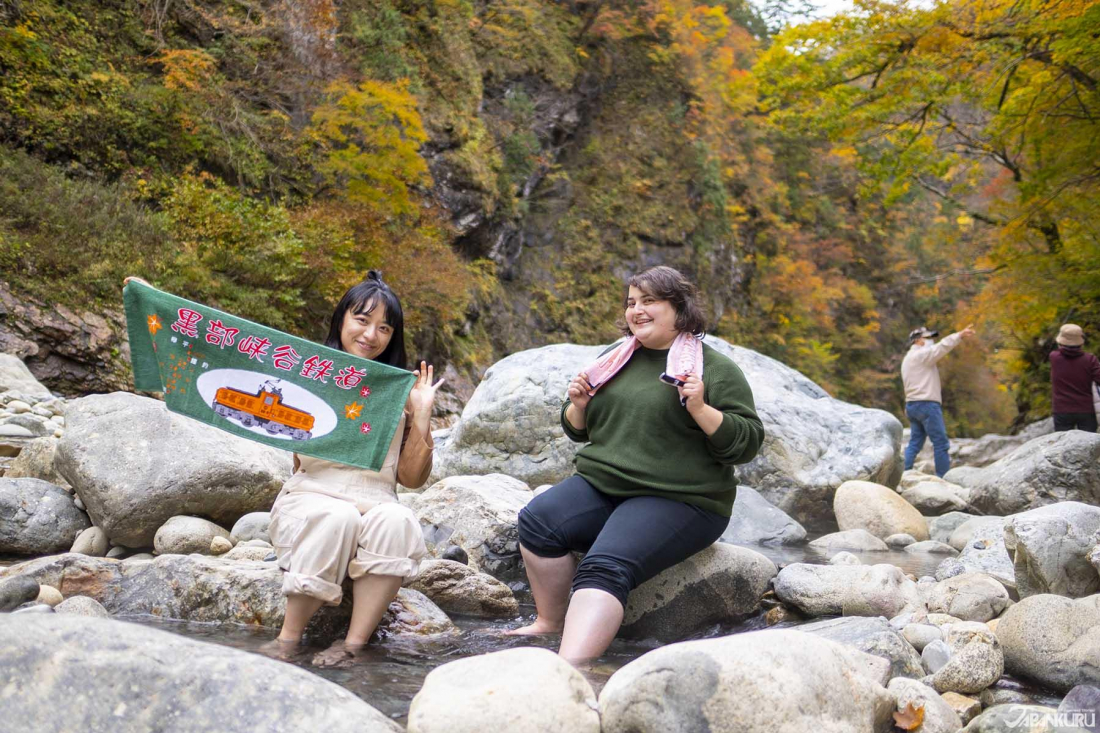 The Kanetsuri Kawara area is sometimes closed to visitors when the river is too high, but in fall, we were fortunate enough to have good weather and calm waters, so we could enoy this totally unique Kurobe spot. If you pick your way through the stony river bank and settle down at the pools created right by the water's edge, you'll find that they're actually steaming hot! That's because this area is full of riverside open-air onsen, where the hot spring water bubbles up from the ground in the riverbanks, and then flows in to join the river water!

Some of the pools of onsen water are deeper, but this place is extremely popular for ashiyu (足湯), or footbaths! Find a comfortable rock to settle down on, pull off your shoes and socks, and arrange the pebbles and stones so that the onsen water flows just rightーit's a heavenly experience, especially surrounded by the amazing fall foliage. 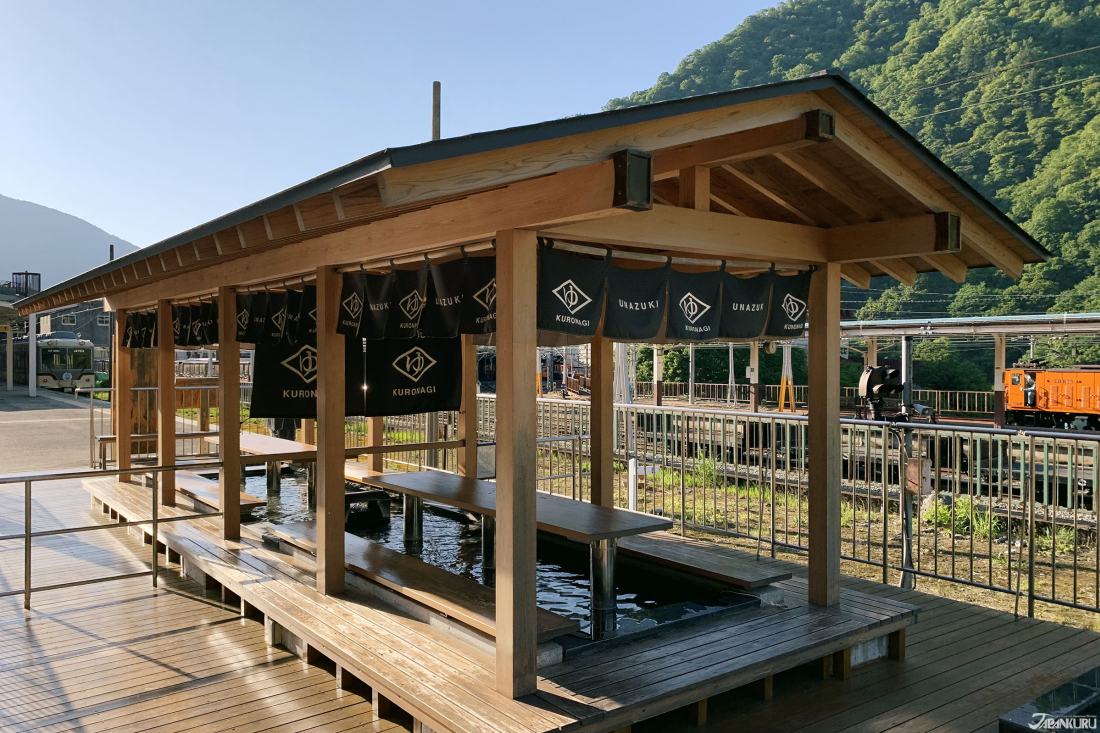 If you're short on time during your visit to Kurobe but still want to experience local onsen, or if you just want to fit one more hot spring in before leaving the area, don't miss the convenient little footbath right at Unazuki Onsen Station!

Kurobe Throughout the Seasons 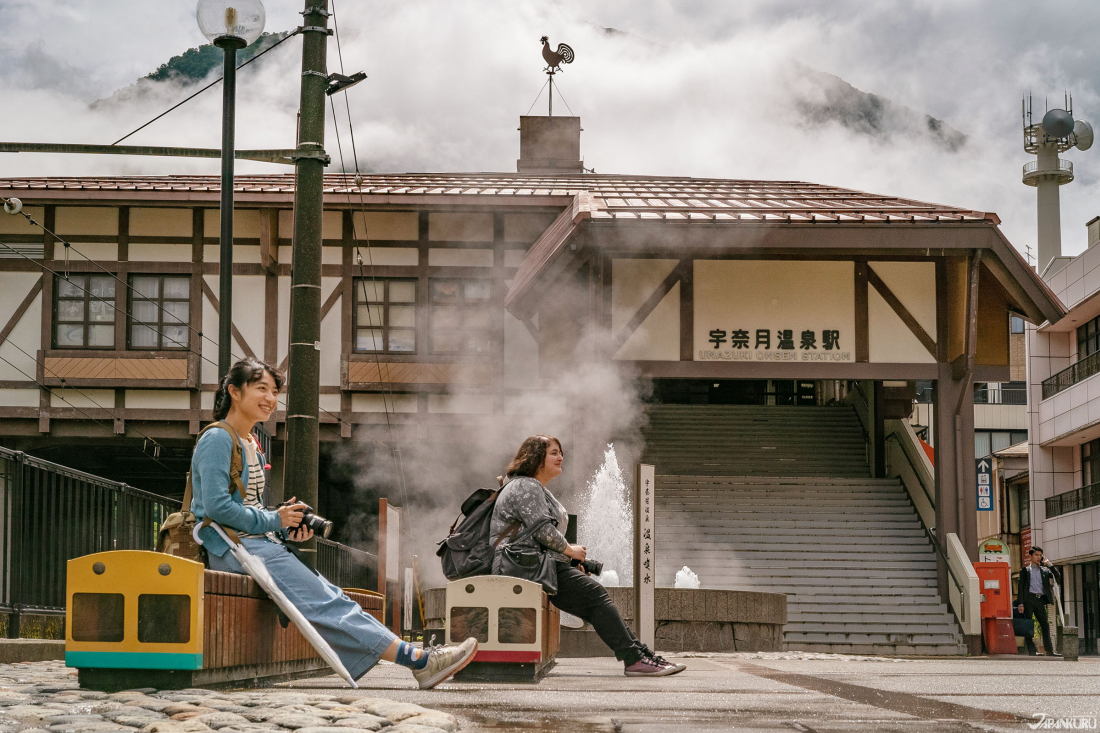 Taking a trip on the torokko train in the autumn, the Japankuru team was wowed by views of Kurobe Gorge covered in a riot of reds and yellow, and we exulted in the joys of outdoor baths surrounded by the season's cool breezes. But the charms of a trip on this unique Kurobe Gorge train aren't limited to this one seasonーwe're looking forward to what we find on our next trip to Kurobe!

▶ Interested in visiting? Read more about our spring trip to Kurobe!