Izumo Kamishio - Bring Home the Salt of the Gods from Shimane, Japan

Izumo Kamishio - Bring Home the Salt of the Gods from Shimane, Japan 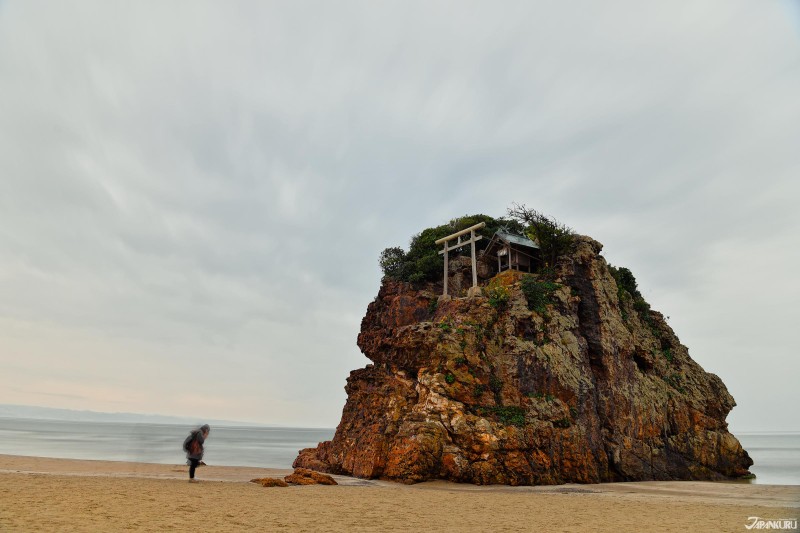 Do you ever toss a pinch of salt over your shoulder? Salt has mythical connections all over the world, but Japan has its own unique salt-related culture, rooted deep in the country's mix of Shinto and Buddhist beliefs. In Japan, salt is purifying, and can even ward off evil and malicious spirits. Some believe it will also help a business thrive, bringing in customers and profits. So it's no surprise that salt is something of a souvenir in the Izumo area of Shimane Prefecture.

Izumo has been something of a holy area in Japan since ancient times, and the famous Grand Shrine of Izumo (Izumo Taisha, 出雲大社) has been around for so long that we don't even know when it was first established (it may even be the oldest shrine in Japan). The local Inasa Beach (Inasanohama, 稲佐の浜) is part of legend, said to be the venue of a gathering of the gods that takes places every fall. 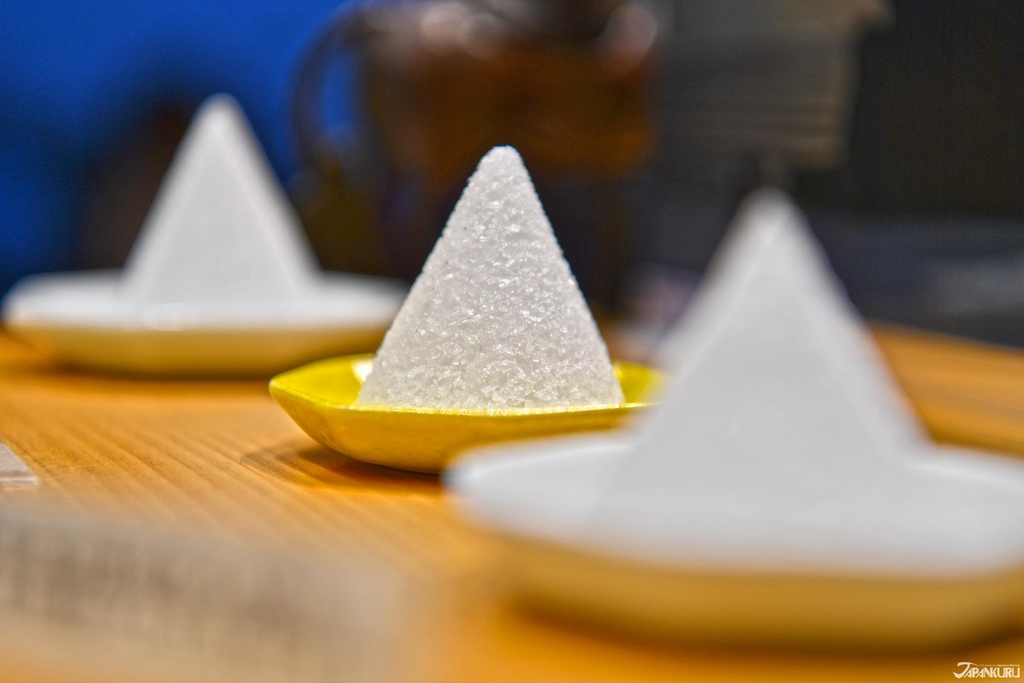 Seawater is gathered from the very same beach where the Shinto gods gather each year, and the resulting salt is kamishio, which they say has a mellow flavor. Sold at Izumo Kamishio, you can pick up little packages of the salt for cooking and seasoning purposes if you'd like, and they suggest that putting a pinch of the salt in your mouth (or perhaps eating something seasoned with kamishio) will give you a bit of extra luck during an important business meeting.

Of course, many Japanese travelers stop by to pick up salt purely for luck-related purposes. Morijio (盛り塩) literally means piled salt, and it refers to little cones (or more technically octagonal pyramids) of salt, traditionally placed by the door of Japanese homes and businesses. They're less ubiquitous in this day and age, but it's still not so unusual to see morijio outside a little home in rural Japan or a traditional restaurant in Kyoto.

When it comes to morijio, left outside to ward away evil and bring in luck, it's no surprise that the godly salt of Izumo Kamishio is a popular choice. The Izumo Kamishio shop sells more than just the salt itself, too. If you're interested in adopting the tradition of morijio, you can pick up colorful little octagonal dishes made for that purpose, too. (Some say that the different colors will even encourage different kinds of luck!) 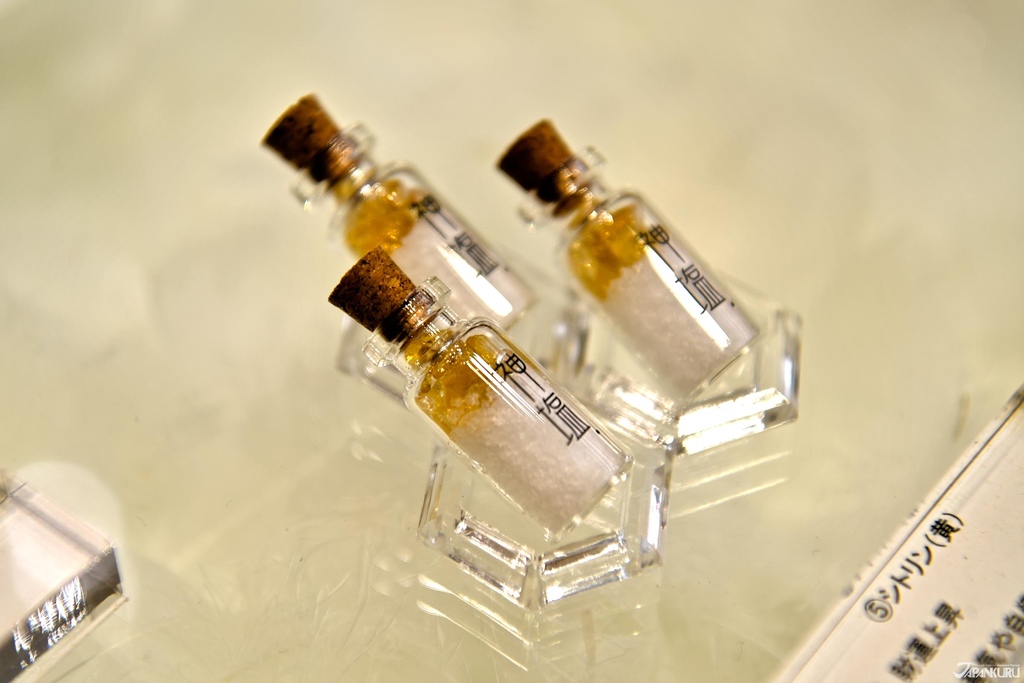 For just a little touch of good fortune, they also sell salt in the form of amulets and charms―available in decorated paper packets and small glass bottles, sometimes together with various stones for extra effect. The little corked bottles above contain kamishio and small bits of citrine, which they say will not only bring you financial success, but also boost your vitality, bravery, and confidence. Sounds pretty good to us! 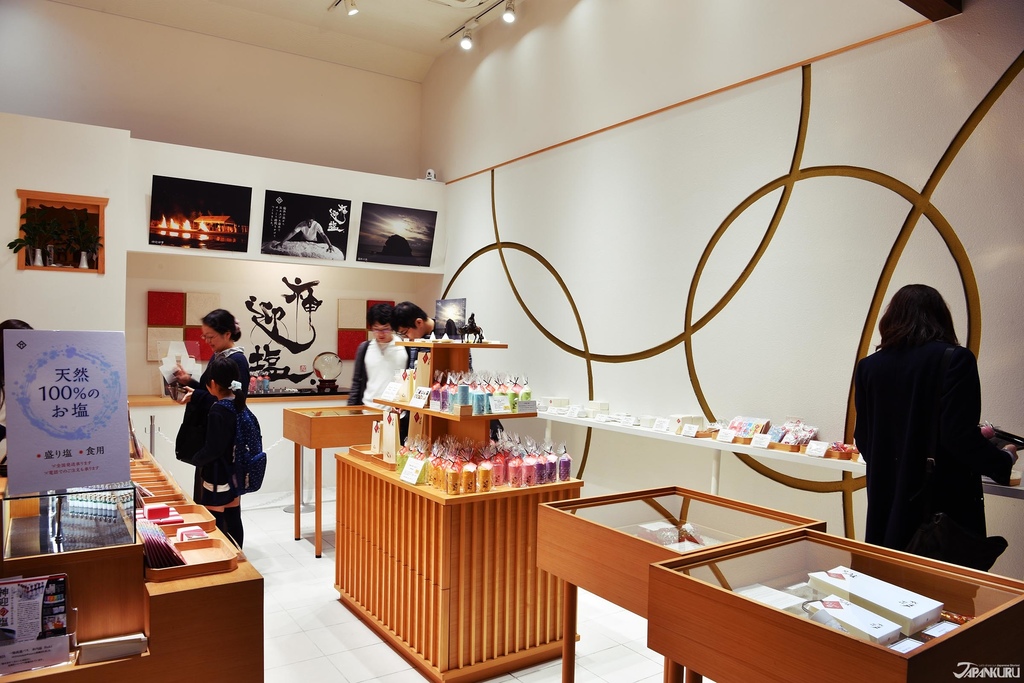 Whether you're looking for a big pouch of pure god's salt to make your cooking taste heavenly, a little canister to bring to the office for a little extra financial success, or traditional Japanese luck charms to keep you safe and happy, some kamishio makes for a unique souvenir or memento of a uniquely legendary spot in Japan. If you're heading to Izumo, stop by the shop and see what they have to offer, or just head to the beach and taste the saltwater yourself.