If You Love Gyoza, or Dumpling, You Have to Come Here!

Japanese dumplings/pot stickers, or "gyoza", whether they are grilled, steamed, or fried, they are delicious to say the least. A Japanized Chinese dish that became popular after WWII when Japanese soldiers brought the idea back from China and turned it into their own version. Abroad many people love to make them at home, but in Japan, most people tend to go out and eat gyoza. Know amongst the Japanese, there is a city near Tokyo that is considered famous for gyoza. Less than an hr shinkansen train ride, JAPANKURU took a trip to Utsunomiya in the middle of Tochigi Prefecture to eat some delicious gyoza and see what else it had to offer.

But Isn't Tochigi a Place of Strawberries?

Each time we go to Tochigi Prefecture we get a different outlook. Rather than going to see a natural landscape, shrines/temples, or historical buildings like you would in Nikko, we came to a more modern, dumpling country Utsunomiya. Also known as a place to enjoy jazz and explore a beautiful cavern Oya History Museum, this interesting city changed our minds about what we thought Tochigi was.

① Tokyo → Utsunomiya How to get there?
⇩
② Gyoza Galore! At KIRASSE (来らっせ本店)
⇩
③ Man-Made Cave from the Edo Era: Oya History Museum
⇩
④ A Nighttime Flair: The FLAIR BAR
⇩
⑤ Where to next? Mashiko-cho (益子町)

🥟 ① Getting to Utsunomiya from Tokyo 🥟 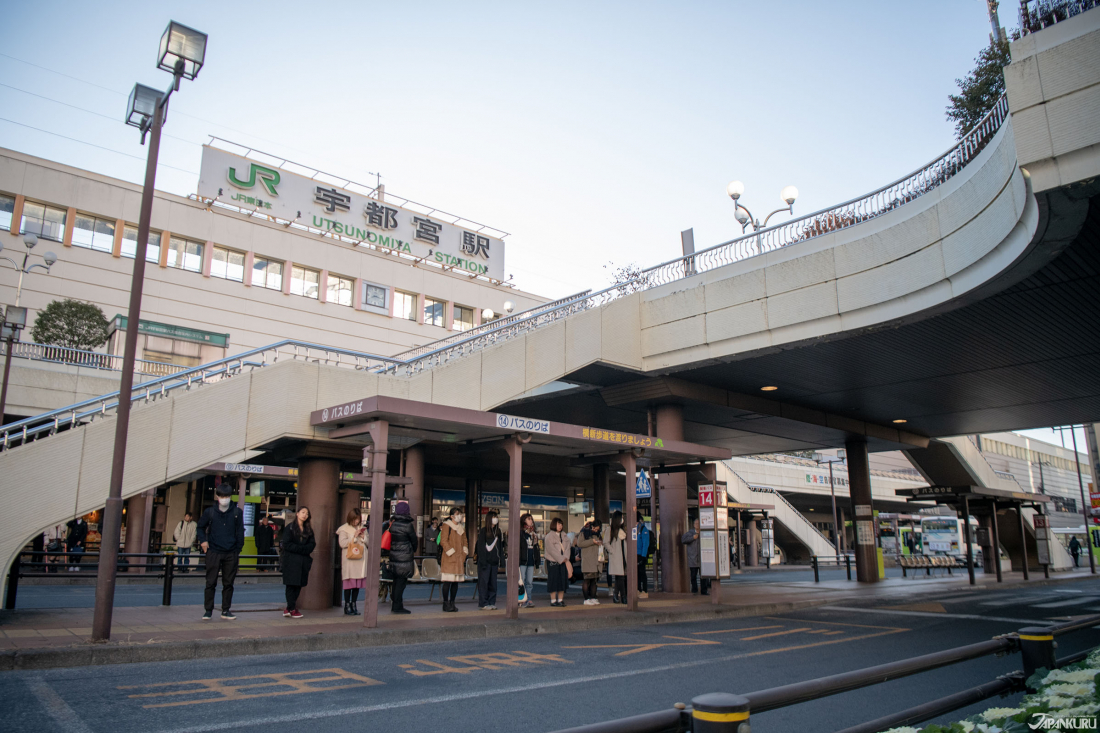 It takes only 50 minutes by Shinkansen (bullet train) to get to Utsunomiya from Tokyo making a good day trip out of Tokyo. If you would prefer to drive, renting a car and driving from Tokyo is also an option. It takes only 3 hours from Tokyo to reach Utsunomiya, but with a car it also makes going around to different attractions very convenient!

🚝Going by train: You can get to Utsunomiya via Tohoku Shinkansen (covered by the JR Pass), JR Shonan Shinjuku Line, and the Tobu Utsunomiya Line
🚗 Rent a car by car: If there aren't any traffic jams, you can get there in 2 hours!
🥟 ② Gyoza Galore! At KIRASSE (来らっせ本店) 🥟

If you're a big dumplings fan, then you will definitely want to come to Utsunomiya and eat their gyoza. Their gyoza scene is unlike anything we've seen in Tokyo! Just to give you an idea, there are over 200 gyoza shops in Utsunomiya, and a lot of them are located right in front of the station. There is even a "gyoza tour map" that locates all of the gyoza shops in Utsunomiya so people can go gyoza shop hopping. What makes Utsunomiya's gyozas so special? Utsunomiya is known for 3 different types of gyoza; grilled, deep fried, and boiled and while there are a ton of options and ways the gyoza is served, the gyoza here are mainly stuffed with vegetables.

Rather than going from restaurant to restaurant, we found a place that has multiple different gyoza restaurants in one spot. KIRASSE has some of the most famous gyoza in Utsunomiya and is a great place to come to and with friends, relax, and eat tons of different gyoza! 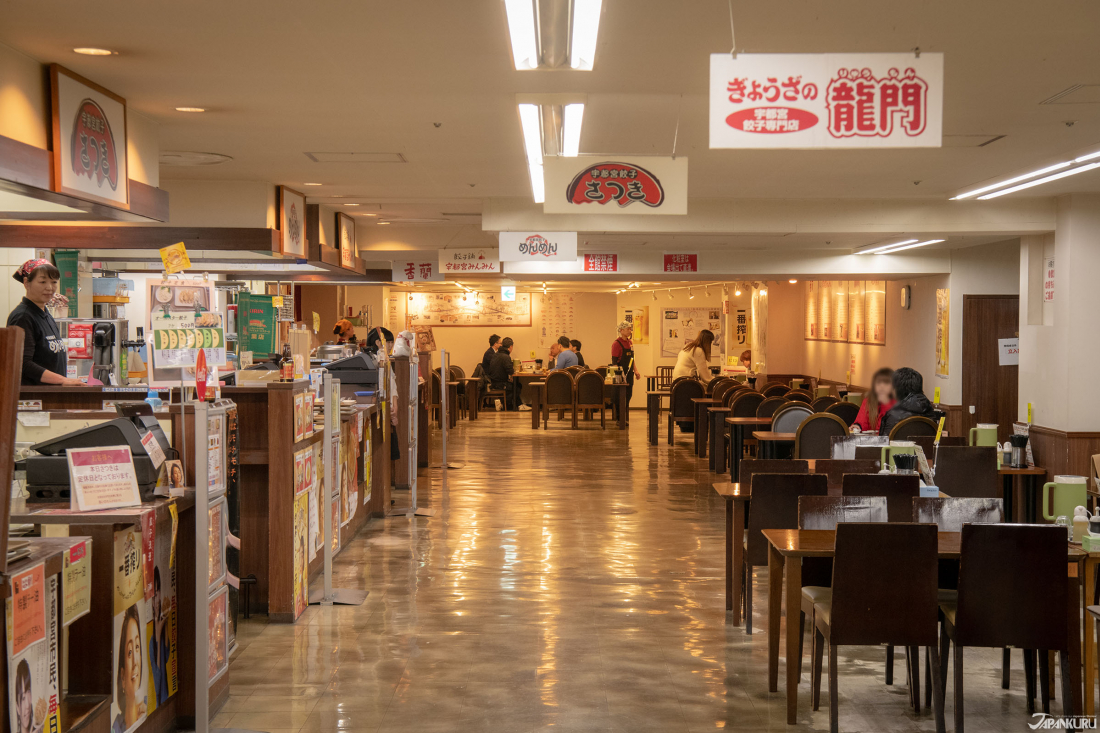 KIRASSE is located in the vicinity of Utsunomiya Station in the basement of the well-known store Don Quijote. It is divided into two areas, one side has everyday "regular" shops, and the other changes daily, guaranteeing you eat a variety of gyoza every time.

Regular shops: These are 5 dumpling shops → Gyoza Utsunomiya Minmin (餃子宇都宮みんみん), Menmen (めんめん), Satsuki (さつき), Kyoran (香蘭), Gyoza Ryumon (ぎょうざの龍門)
Daily Shop: There are a total of 33 shops, but every day there's a different store. The site is in Japanese, but you can check KIRASSE's homepage to see which shop will be there the day you plan on going.

🥟 Loads of Gyoza to Choose From 🥟


Japanese dumplings are mainly pan fried ("yaki gyoza"), but you can also eat boiled ("sui gyoza") and deep friend ("age gyoza") at KIRASSE. On top of that, there are a wide range of gyoza like some topped with leaks, Japanese citrus gyoza, kimichi gyoza, and spicy cheese gyoza. Some of the gyoza's dipping sauce is different too. While normally you dip the gyoza in soy sauce, vinegar, and chili oil (rayu), some of the gyoza is recommended to only eat with the restaurants specially made chili oil. By eating here it gives you a chance to explore Japan's dumpling culture and eat delicious food for a cheap price (price range between 250～720yen)!


Oya stone is a tuff yet fine volcanic stone that is precious to Tochigi Prefecture primarily because they were used as basic structures of buildings since the Edo era. Even famed American architect Frank Lloyd Write used Tochigi's Oya stone to build the Imperial Hotel in Tokyo. In Utsunomiya there is a man-made cave beneath a mountain that people would mine to get these Oya stone.

Besides being a beautiful stone quarry, The Oya History Museum (大谷資料館) contains the history of Tochigi's mining methods and evolution. You can still see signs of mining, marks left from a pickaxe. The stones were mined here from mid-Eno era until 1960, when machines started to be used. The number of stones that each person mined was 10 big 18x30x90 stones a day. It's said the number of strokes it took for a single stone was 4000 times. Then once machines were used, they were allowed to mine 50 stones a day. At the end of mining, it is said that about 10 million stones were cut out and shipped all over Japan. It was also used as an underground warehouse during the war.

The whole area covers an area of 20,000 square meters with an underground depth of 30, which is the size of a baseball field. While walking around the museum you will also see many surprising things like areas that were shot in famous music videos and movies. If you saw Rurouni Kenshin movie, you may recognize this place!
To get there you can take the #45 bus bound for Tateiwa (立岩) and get off at the Shiryokan Iriguchi stop (資料館入口). It is only about a 30 minute bus ride.


Utsunomiya's gyoza are of course famous all over Japan, but it is also a place to enjoy jazz and drinking. The father of the Japanese jazz, Watanabe Watanabe, was born in Utsunomiya which got the jazz scene started. You can find many jazz bars in Utsunomiya, but there is only one bar that is different from the rest. 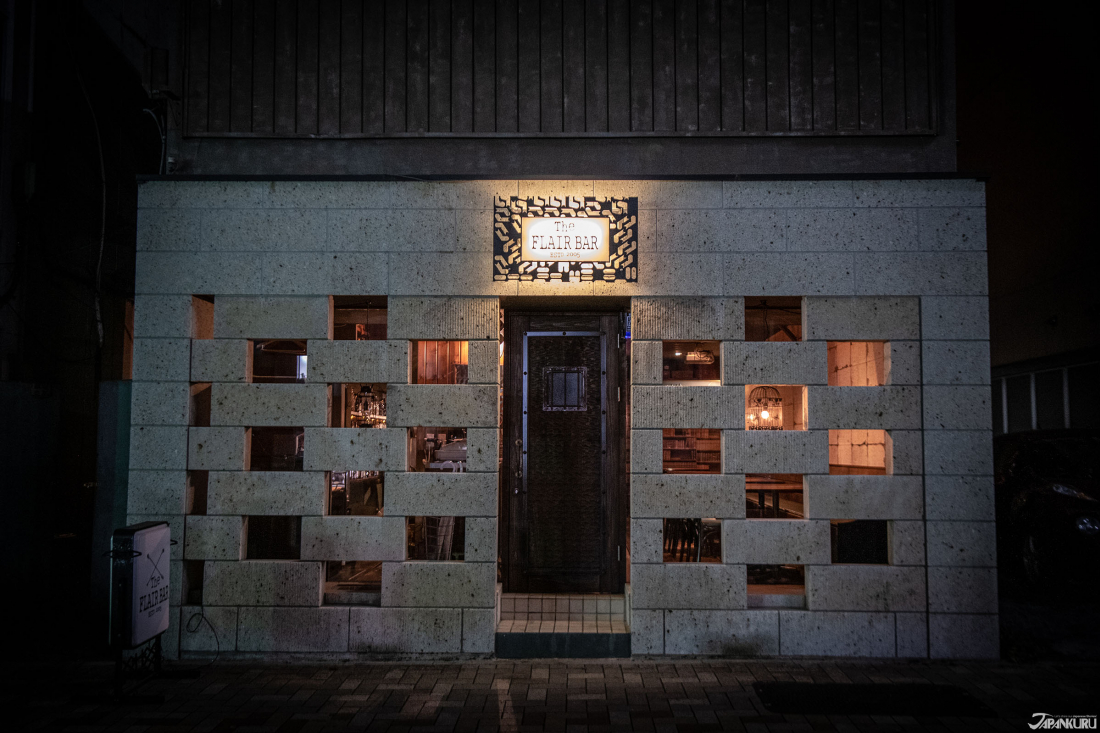 The FLAIR BAR, which is a bar opened by flair bartender Miyazaki Ryohiko, is known as Japan's top bartender. When asked how he began, he said that he wanted to become a bartender but just being a bartender wasn't enough, he wanted to do something to stand out. It was there he discovered flair bartending and began studying by himself, practicing in parks. It wasn't long that he was named Japan's number one flair bartender. The FLAIR BAR holds a performance at 9:00 and 11:00 every night. It was a first for us to see flair bartending in Japan, and getting to see it in a small intimate bar was a real treat. 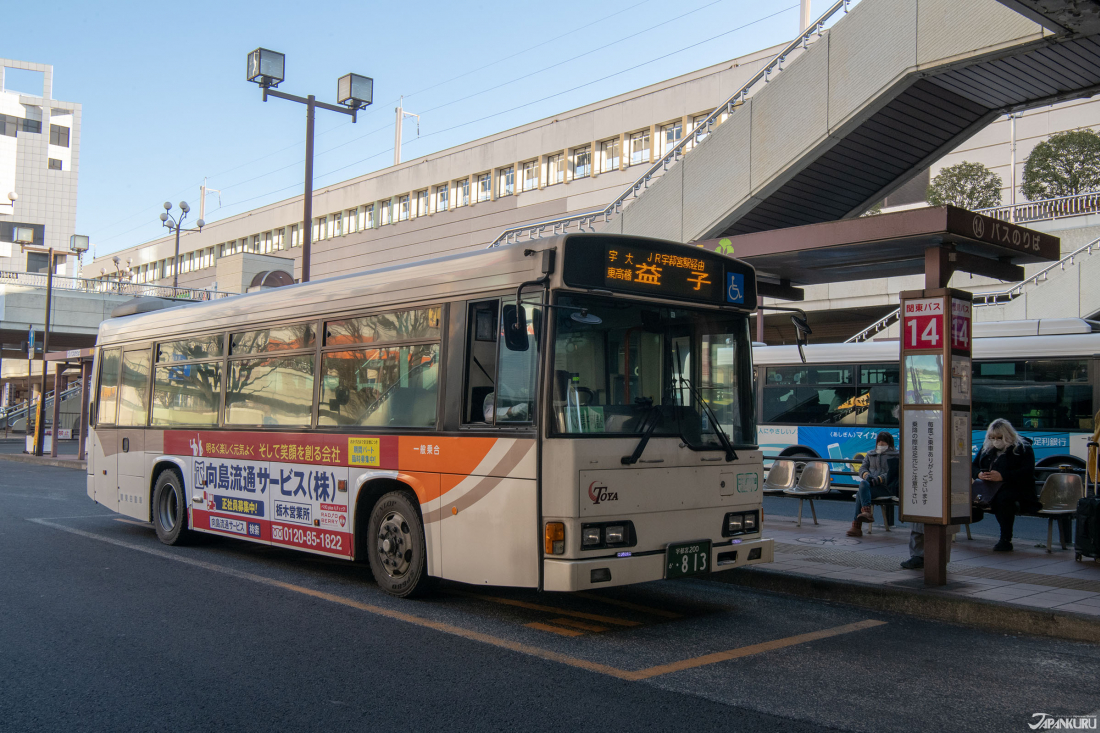 
After a day of gyoza, jazz, and caves in Utsunomiya, our next stop was Mashiko-cho, Tochigi! Only being an hour by bus from JR Utsunomiya Station, Mashiko-cho is famous for its pottery and ceramics industry, Mashiko pottery (益子焼; Mashiko-yaki) which has a history of more than 100 years. Along with checking out some pottery, we went strawberry picking and to a local sake distillery!