A Quick Guide to Hiroshima: The Best Things to See (and Eat) on Your Trip

A Quick Guide to Hiroshima: The Best Things to See (and Eat) on Your Trip

Our Recommendations For a Great Trip to Hiroshima!

Because of its historical importance, Hiroshima attracts visitors from all over the world. But the region has all kinds of interesting spots, including one of Japan's "Top Three Scenic Views"! Plus, it's certainly known domestically for some great food specialties. While you're in the region, it's important to learn about the history that is so deeply connected to the city of Hiroshima, but to make your trip amazing, here are some other recommendations as well!

The shrine gate at Itsukushima Shrine has a long history, with the very first one being built in 1168! The current version, the 8th, is almost 150 years old. We recently wrote about how it's one of Japan's Top Three Scenic Views, which were chosen by a scholar back in the Edo Period, but are still well-known among the Japanese public. The torii gates that stand at shrine entrances are thought to separate the realm of the gods and the mundane world of humans, and Itsukushima shrine is dedicated to the gods of the sea, so having the entrance right in the water is pretty appropriate! 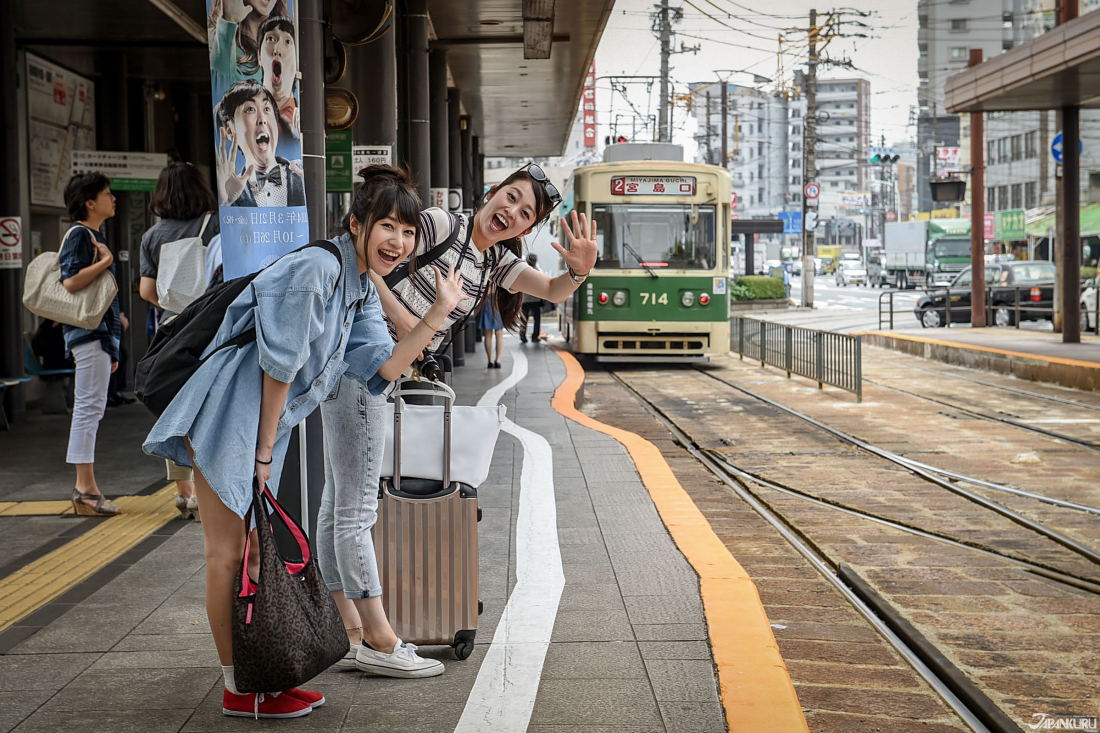 How to Get to Itsukushima Shrine

Miyajima Island, where the shrine is located, is about an hour away from Hiroshima Station.

Once you get to the station, located on the mainland, you have to take a ferry over to the island! It's not far away, so the ferry only takes about 10 minutes. There are ferries run by two different companies that make the trip, Miyajima Matsudai and JR West Miyajima. You can check the schedules (although they both run almost constantly), buy tickets, and board a ferry just a few minutes walk from the train station. The companies charge the same price (180 yen each way.)

Once you arrive, aside from the beautiful shrine gate, you can also enjoy the wild (but mostly tame!) deer that roam the island. They're usually very relaxed and friendly, so you can walk up and take pictures with them if you want! Just don't give them any food, it's against the rules!
During high tide the huge gate appears to be floating on the waves, which gives it the nickname "the floating torii", but during low tide when the waters recede, you can walk right up and admire it. The enormous main pillars are made of naturally grown camphor trees, which are naturally resistant to rot, and the upper part of the gate is filled with 7 tons of stones! Even though the gate isn't buried deep in the sand, it's so heavy and built so stably, it stays upright through all the earthquakes and typhoons Japan can throw at it!

At 8:15 on the morning of August 6, 1945, a United States Army Air Forces B29 bomber dropped the first atomic bomb "Little Boy," on the city of Hiroshima. It was a day that forever changed world history, and the city itself was destroyed in more ways than one.
The Peace Memorial includes the park, the Atomic Bomb Dome, and the museum filled with history that is both fascinating and horrifying at the same time. Spend a few hours in the area to take some time to reflect on the past, and think about what we can all do to promote peace and safety for everyone in our world.

So, did you know Hiroshima was famous for lemons and oysters!? It turns out to be true, and the two ingredients even go great together! Grilled oysters with lemon juice are a local delicacy, and if you do go to Miyajima to see Itsukushima Shrine, you'll see plenty of shops and carts selling the oysters on skewers. Even if this particular dish doesn't quite suit your taste buds, there are plenty of other oyster or lemon options in the area for you to sample.
Japan's three major oyster producing areas are Hokkaido, Sendai, and Hiroshima. Unless you're in northern Japan, Hiroshima's the place to go!
Hiroshima is the #1 lemon producer in Japan! It's right on the Seto Inland Sea, which is a name associated with lemons all over Japan. To get a true sense of what those lemons are like, get yourself a big glass of the local sparkling lemonade. This lemon squash is sweet and sour and super refreshing in warmer weather, but the lemons are so tasty you'll crave it year-round.

Another specialty of the area is anago eel, or conger eel, which is a saltwater eel. In Japanese restaurants overseas you're more likely to find freshwater eel, or unagi, at a sushi place, but saltwater eel is also delicious and definitely worth a try! The eel is brushed with a sweet sauce and usually eaten on top of a bed of warm rice. 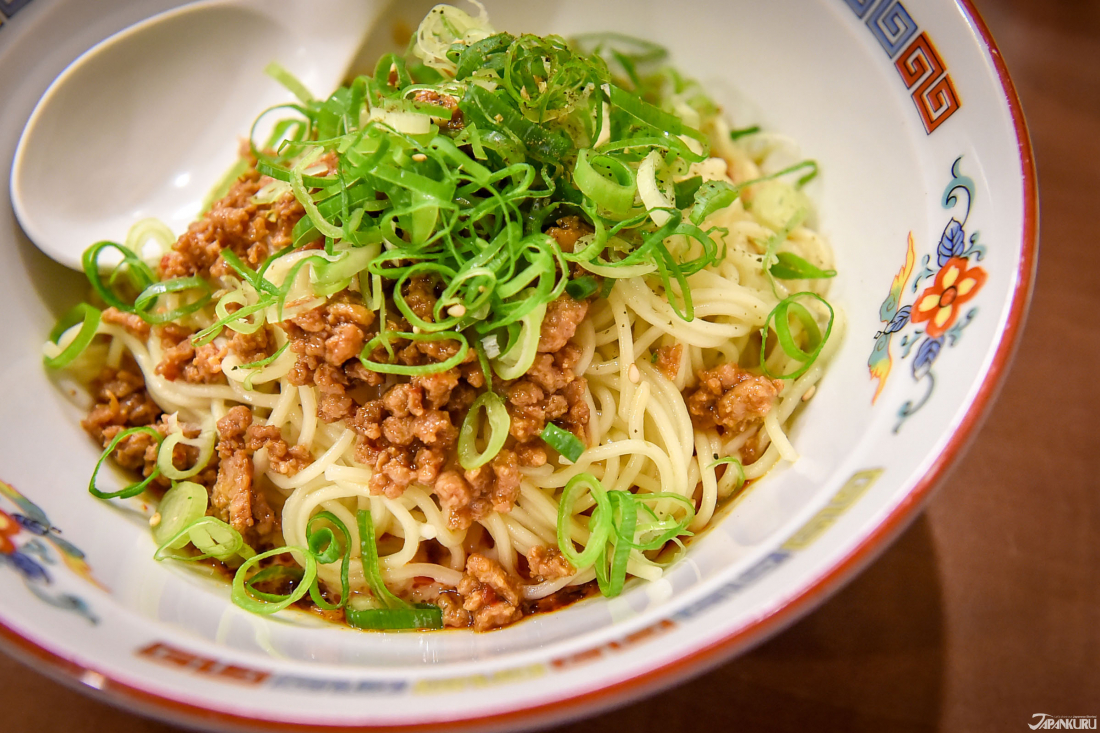 Although ramen-like dandan noodles in soup is a much more common dish in Japan, Hiroshima famously serves its dandan noodles sans broth. These noodles are topped with the highly spiced (and slightly spicy!) ground meat sauce, along with a healthy serving of green onions. If you're feeling peckish, these noodles might just hit the spot! 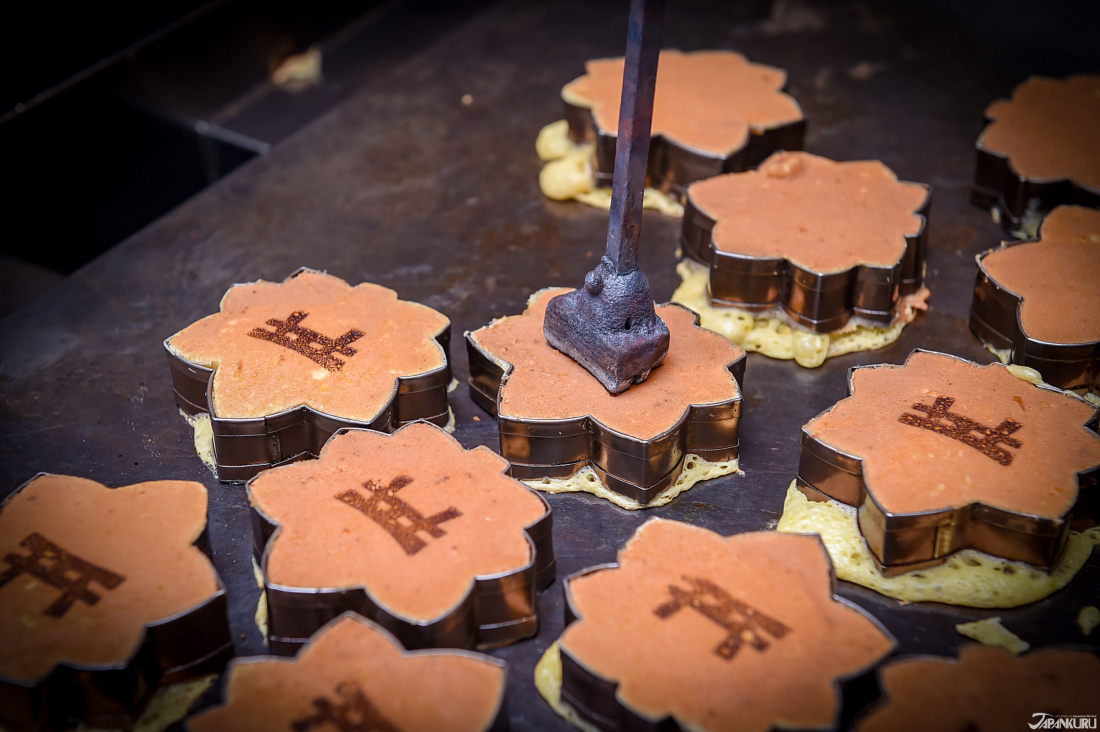 Hiroshima even has a unique take on manju, little traditional Japanese cakes filled with things like red bean. These ones are shaped like "momiji" (紅葉), or maple leaves! You can get momiji manju made with a number of different fillings, and they come stamped with an image of Itsukushima Shrine's gate.

They're pretty tasty, and they make great souvenirs. Everyone will ooh and ah over these adorably shaped confections.

Hopefully we've done a good job showing you all of the unique points of interest, and delicious tastes to be had in Hiroshima. It's a city with serious historical importance, but its cultural significance hasn't waned either, so it's a great place to visit on your trip to Japan! Make your way over and you too could spend an afternoon eating oysters and admiring Itsukushima Shrine.


If that okonomiyaki looked amazing, but you can't quite make it to Hiroshima tonight, you can definitely find delicious okonomiyaki in Tokyo's Yurakucho or Shinjuku. You could even head straight to Hiroshima's main competitor, and eat some amazing Kansai okonomiyaki in Osaka's Umeda area!


Be sure to look out for more exciting articles every day at JAPANKURU! 🐶