These Tokyo restaurants offer diners the chance to try Fukushima's famous Joban-mono fish and seafood, without leaving the big city.

Getting a Taste of Joban-mono in Tokyo

Fukushima's image changed a decade ago, and has evolved even more in the years since. Fukushima was once known as seafood heaven, and then became a region ravaged by disaster, but has more recently earned the reputation of a prefecture working to rebuild. Over the past few months we've been using the Joban-mono series here at Japankuru to look into how things have evolved in Fukushima, from the long-beloved fishing grounds of the Shiome Sea to careful testing of seawater and seafood samples, and plans for sustainability. Along the way, however, we've found more than just hard science―we've also found out why Joban-mono is so tasty, and we've come across some amazing chefs making brilliant use of the local resources that made Fukushima such a popular name in fish markets for so many years.

Not everyone traveling in Japan has a chance to visit Fukushima and try Joban-mono fish and seafood, though, and missing out on these Japanese delicacies for the sake of convenience would be a shame. Fortunately, it's not all that hard to find Joban-mono in Tokyo, if you know where to look! A few talented chefs have brought fresh Joban-mono cuisine to the big city, letting Tokyo locals and travelers alike get a taste of what makes Joban-mono so great, without heading all the way to Fukushima. If you're looking to taste Joban-mono yourself, here are three restaurants to try first.

The name Piasis is a portmanteau of the words utopia and oasis, and the restaurant itself does feel like a quiet escape from the bustling streets of Shinbashi outside. In fact, one look at the menu will make you feel less like you're sitting in the middle of busy Tokyo, and more like you're in a fancy izakaya in peaceful Fukushima. From the vegetables and fish used in each dish to the excellent selection of nihonshu sake, and even the whiskey, it's all from Fukushima.

As it turns out, the head chef at Piasis is from Kagoshima Prefecture, far from the northern prefecture of Fukushima―but he fell in love with Fukushima after being introduced to the area by a friend in college. So when he came to Piasis, he was passionate about bringing the wonderful ingredients he'd found in Fukushima all the way to Tokyo, and giving more people a chance to try them.
When the Japankuru team visited the restaurant, we got to see the chef deftly cut and prepare an entire flounder, going quickly from a fish that took up most of the counter, to neat, delicate slices of sashimi, ready to eat. This was just one of the fish that had been delivered fresh from the waters off of Fukushima that very morning! Not wanting to waste a single drop of flavor, they mentioned that pieces of flounder that aren't ready to be sliced into sashimi are used to create flavorful broths that add depth to other dishes.
rn
rnFeeling ready to dig in? They serve a variety of condiments with the hirame sashimi at Piasis. For one, Fukushima Yamabun soy sauce is readily available, but you can also try flavoring your sashimi with wasabi, shiso leaves (also called perilla), slivers of kabocha pumpkin, or even some "benitade" microgreens (紅たで).
On top of the fresh Joban-mono ingredients at Piasis, it's also a good place to try traditional Fukushima dishes, prepared with expertise. Monkfish hotpot is a Fukushima standard, and at Piasis the slices of fish and vegetables come in little dishes filled with a broth made by boiling savory miso along with monkfish bones and liver, resulting in a soup packed with umami. Your Mehikari Karaage, fried greeneye, might even be served on a dish made using traditional Somayaki (or Soma Ware) ceramic methods. 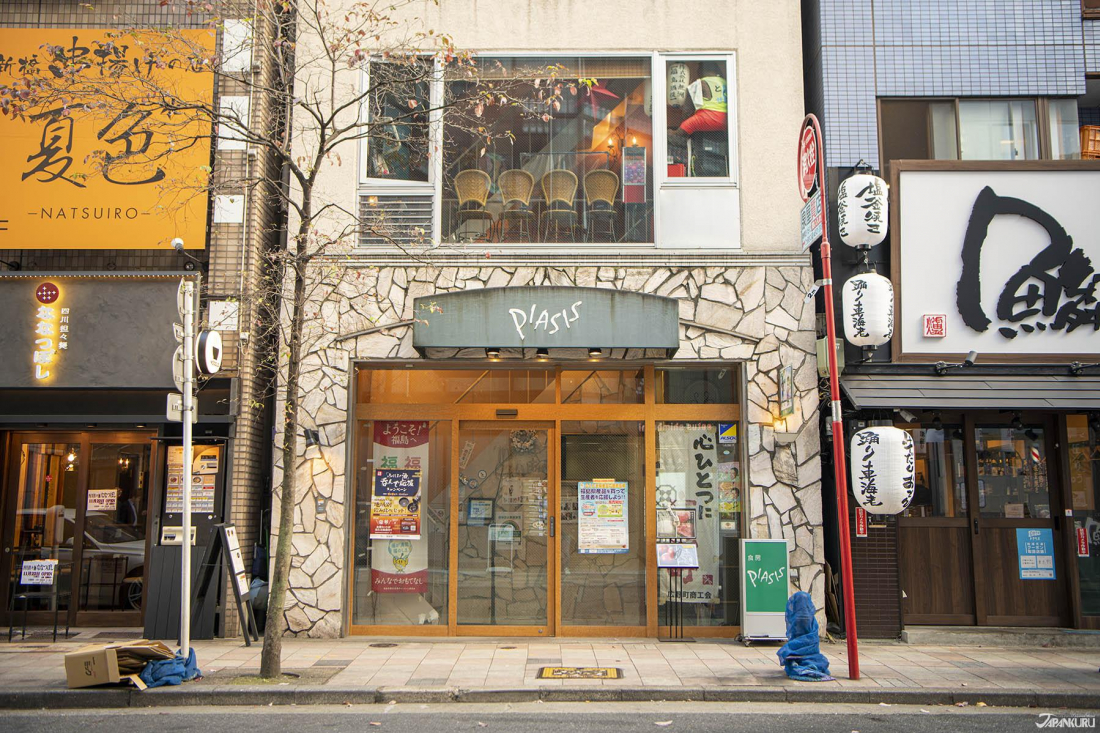 Our next stop is in the neighborhood of Shinjuku, a fitting location for the more casual restaurant Orae, popular with groups of young people. The bright, lively atmosphere is a cheerful backdrop for delicious meals reminiscent of great home cooking, and they offer a variety of choices, from Fukushima specialties to interesting pasta dishes and tasty bar food. They're certainly not lacking in Fukushima spirit, either, the walls decorated with Fukushima banners and promotional tourism posters. Bringing a little piece of Fukushima to Shinjuku has made the establishment a fun dinner stop in the middle of the city.
This hefty cauldron is another take on Fukushima's classic monkfish hotpot, but it's easy to see that Orae does things a little differently than Piasis! The large iron pot arrives at the table overflowing with fresh vegetables and cuts of monkfish, and after the fire is lit in the little burner below, the bubbling broth lets off a deliciously savory aroma of good things to come. When the soup is finally dished out, the homey recipe is deliciously rich, and everyone can enjoy a bite of tender monkfish.
Don't forget to try the sashimi and fried greeneye at Orae, too! While the fried fish is on the permanent menu, sashimi options change each day, so the restaurant can offer the freshest and most delicious Joban-mono from the harbors of Fukushima. Ask a waiter to find out exactly what's available! 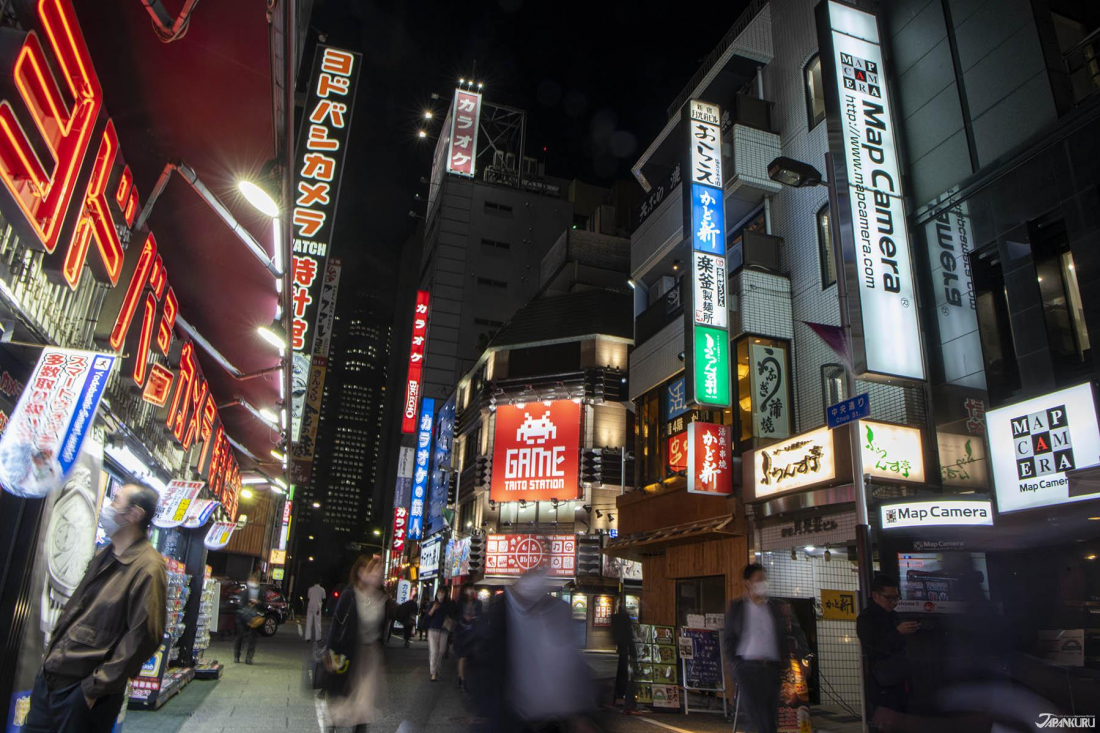 You'll find Le Japon on a sloped street in the quietly trendy Meguro area, a chic facade separating the world from the comfortably minimalist interior containing a handful of counter seats. Unlike Piasis and Orae, Le Japon isn't always all about Joban-mono, instead offering fusion dishes that combine French cooking techniques with seasonal Japanese ingredients and flavors. Fortunately, the Japankuru team was quite excited to find that Le Japon was offering a prix fixe menu of Joban-mono dishes late last fall, and we jumped at the chance to see what magic would come of combining French cuisine and Fukushima ingredients.

We can thank the head chef at Le Japon―a Fukushima native himself―for the unique recipes that clearly draw inspiration from traditional Fukushima dishes, with a dash of French flair. Simple sashimi might be a staple of Fukushima cuisine, but at Le Japon the slices of Joban-mono mackerel, fresh from the waters off the coast of Fukushima, instead became a part of an elegant salad, combined with greens, hair crab, and a bright, lightly acidic dressing.
The Joban-mono prix fixe had a number of dishes, but this one might just remind you a little of some of the more traditional Joban-mono dishes we tried elsewhere in Tokyo. This monkfish soup, however, isn't traditional Japanese hotpot. To start―the soup begins with a base of French mirepoix, a mix of onions, celery, and carrots, quite unlike the flavors usually at the core of Japanese cooking. An entire monkfish is added to the soup, and simmered until the collagen in the fish becomes a part of the broth, adding richness and texture. Of course, this wouldn't be French cooking without a little wine! While French fish soups sometimes require the addition of stronger anise liqueur to balance fishy flavors, the Joban-mono fish in this dish is so fresh that there's nothing to hideーso the chef uses a simple wine instead. When the hearty bouillabaisse has finally come together, it's served with Koriyama cabbage (another Fukushima ingredient) and topped with a tomato aioli to highlight the flavors. Le Japon clearly knows how to take a tasty Joban-mono recipe and add a little style! 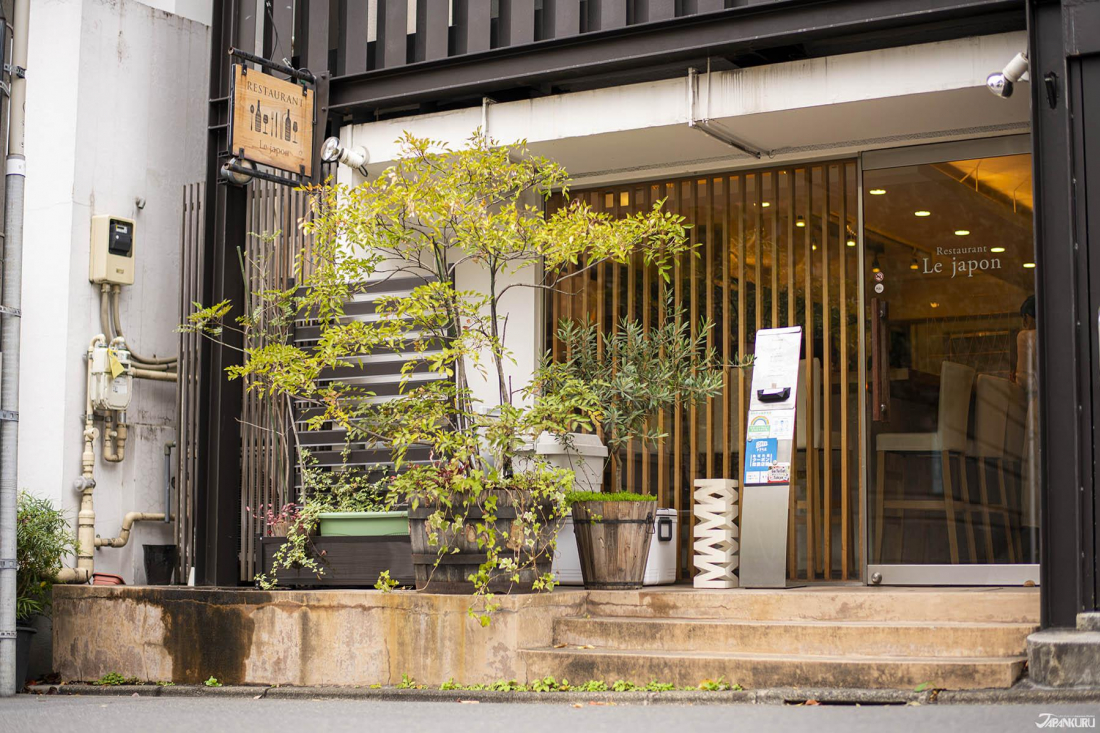 Over the past few months, we hope you've enjoyed following the Japankuru team on our journey exploring Joban-mono, and the hard work that goes into getting these seafood delicacies onto the dinner table. From the fishing boats that leave the harbor before dawn to the researchers assessing water and seafood safety every day, for many Fukushima locals the work is a labor of love.

Fortunately, the effort is finally paying off! Joban-mono might be a Fukushima specialty, but even in Tokyo it's not so hard to find Joban-mono these days, as a part of a casual meal, an elevated dinner, or even a French prix fixe. So get out there and try a bite of Joban-mono, and see what all the fuss is about!