For an unexpected toilet experience, check out the new bathrooms from The Tokyo Toilet Project, in downtown Shibuya. 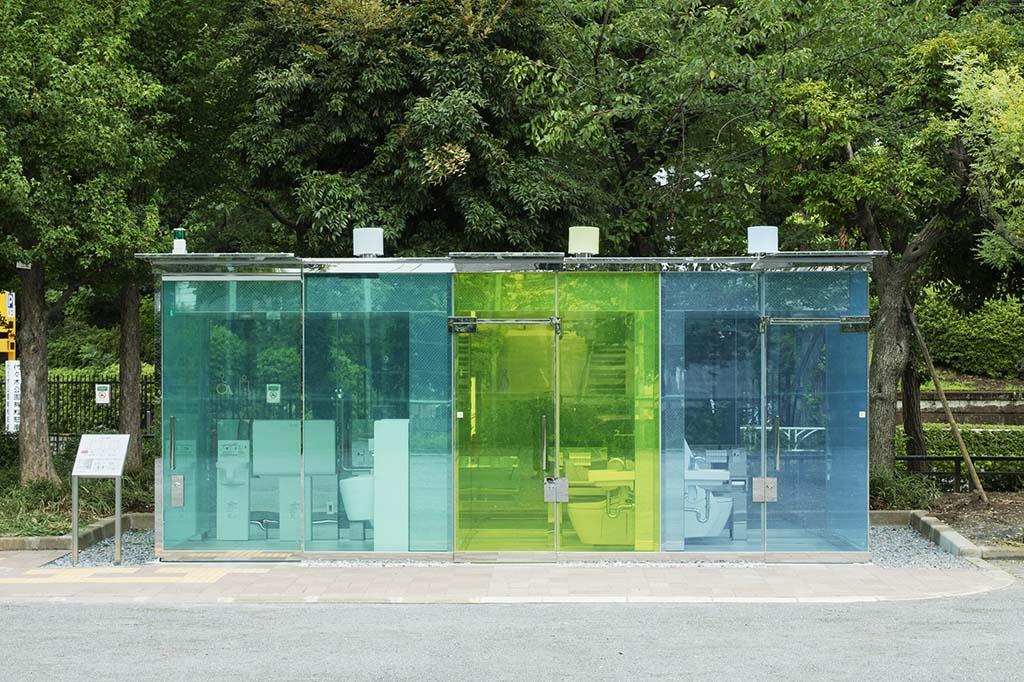 Japan is notorious for its advanced toilet technology, and the wacky Japanese bathrooms found in places like the Shinjuku Robot Restaurant and Nasu Trick Art Museum are basically tourist attractions in and of themselves. But not all public bathrooms in Japan are so glamorousーsquat toilets were the standard until quite recently, and some bathrooms found in places like public parks can be just as old, dark, and dirty as anywhere else in the world.

Fortunately, a group of artists have gotten together to transform 17 of those old public bathrooms over the next year or so, turning them into surprisingly practical toilet art around Shibuya! The first of these to open are the unconventional designs by architect Shigeru Ban: bathrooms with entirely see-through walls. 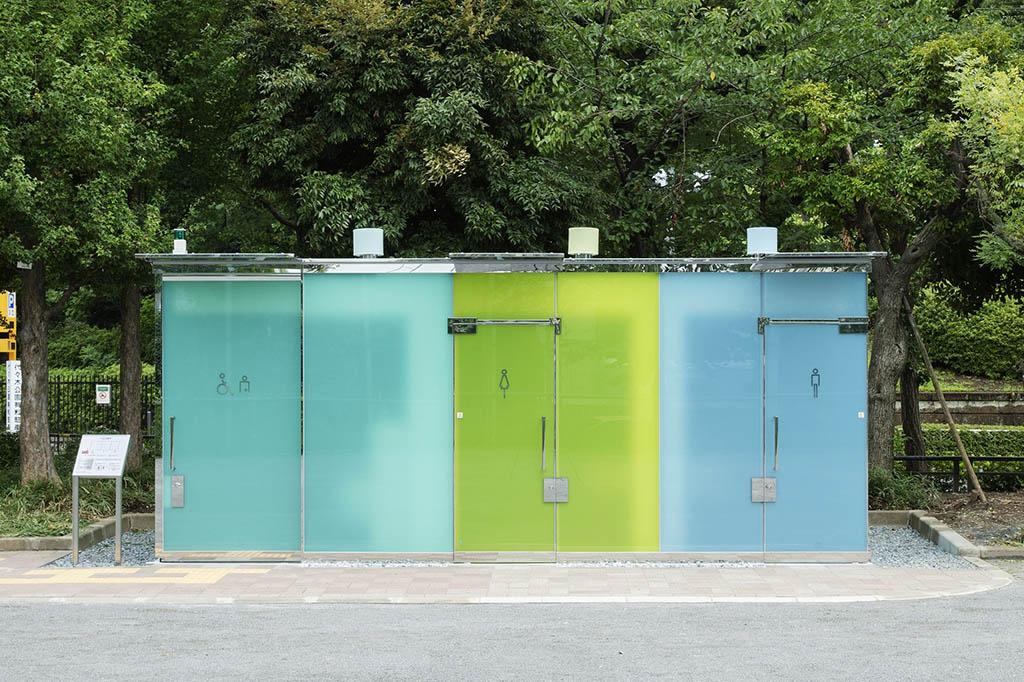 According to the designer, making the walls transparent was the most logical step to take. He explains that "there are two things we worry about when entering a public restroom, especially those located at a park. The first is cleanliness, and the second is whether anyone is inside." And it's trueーwith these walls, passersby can clearly see that the bathrooms are clean and ready to use.

But what about when you'd like a little bit of privacy? Well, fortunately, they've figured that out too. When you're ready to actually use the bathroom, the walls go opaque, triggered by the lock on the door.

Shigeru Ban's see-through bathrooms are found in two locations, the Haru-no-Ogawa Community Park and the Yoyogi Fukamachi Mini Park, and will no-doubt both attract plenty of people interested in seeing (and trying out) the beautifully designed bathrooms.

The Tokyo Toilet Project, however, goes much farther than these two locations. Fifteen other artists and designers are in the process of putting together 15 other Shibuya public toilets, and some of the creators involved have made a name for themselves outside of Japan as well. Clothing designer Nigo has already released uniform designs for future maintenance workers, and popular architect Kengo Kuma (famous for structures all over Japan) will be designing one of the bathrooms due to open in 2021. 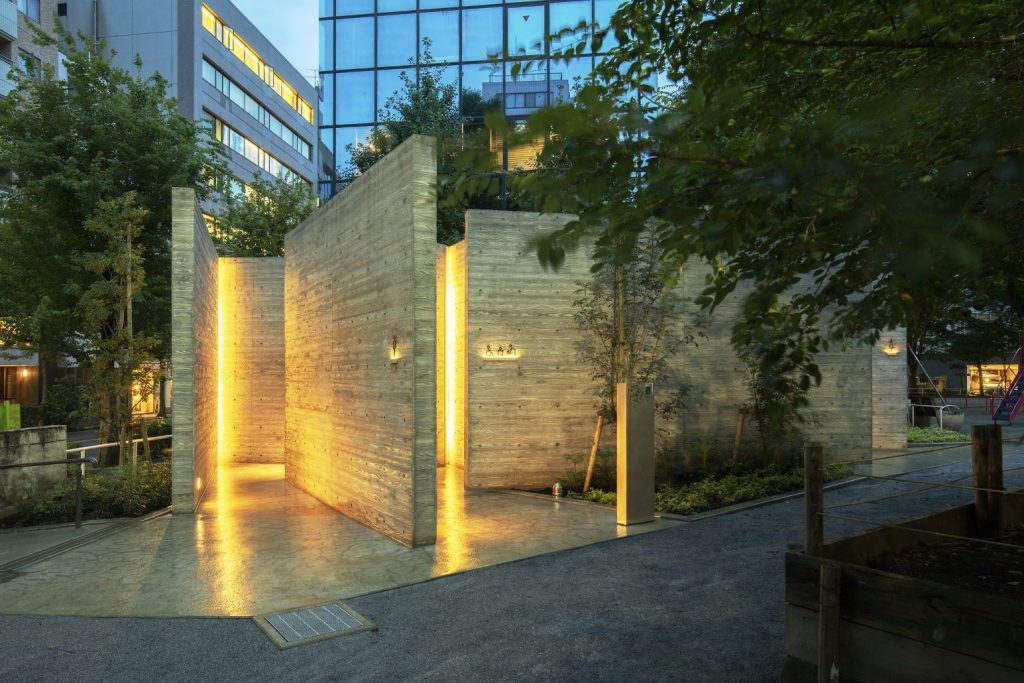 Not quite as immediately shocking as the see-through walls designed by Shigeru Ban, this maze-like "ambiguous space" in Ebisu Park is designed by Masamichi Katayama, and built to reflect the ancient Japanese outhouses built over rivers called "kawaya." It's the only other Tokyo Toilet Project bathroom already open for summer 2020. "The design," Katayama explains, "creates a unique relationship in which users are invited to interact with the facility as if they are playing with a curious piece of playground equipment." 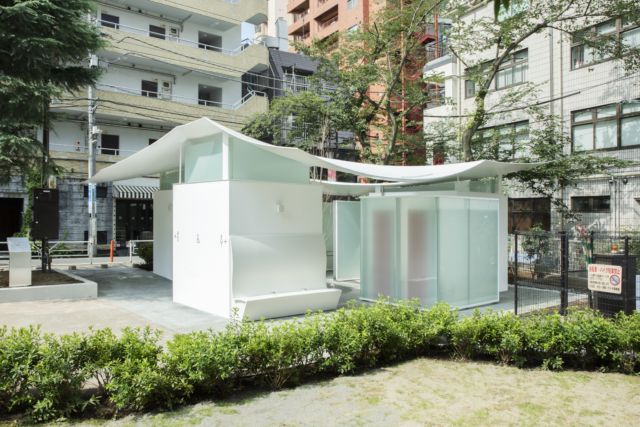 With the other 14 toilets under construction or headed in that direction, we look forward to seeing these unique contemporary art pieces popping up around Shibuya, sure to give people clean and... unique bathroom experiences while they explore Tokyo. 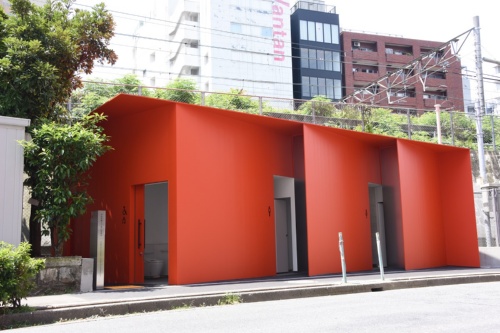