With the warm humidity of Japan's summer comes an inevitable wave of bugs, so stock up and keep the insects at bay!

It's summer, which means it's time to avoid three things: heatstroke, sunburn, and bug bites. Whether you're escaping Japan's bright summer sun with a hike in the woods or cooling down with a dip in the ocean, though, the bugs will follow! So it's good to know just what options there are in Japan when it comes to keeping the insects away. There are sprays for your skin, sprays for the room, coils, and vaporizers as well, made with a few common repellents.
Most of the bug sprays in Japan use just a handful of active ingredients, and like much of the world, DEET is perhaps the most common. It's been in use since the 40s, confusing mosquitos away instead of killing them. Of course, some people try to avoid DEET because incorrect application can indeed lead to health issues - everything from simple irritated skin to dizziness, and worse problems in rare cases. But its effectiveness is still just about as good as it gets, which means it's still popular.

Picaridin (a common name for Icaridin) is a more recent innovation in bug repellent, but it's quickly gaining ground with growing evidence showing its effectiveness and lack of skin irritation. While it's been around for 15 years in places like the US, Japan only approved it 10 years later, making it still something of a novelty. The chemical is actually part of the same family as one that gives black pepper its kick!

Otherwise, a handful of natural repellents are used in Japan, including ingredients like peppermint oil, pyrethrum (made from chrysanthemums), and oil of lemon eucalyptus. Evidence for these ingredients variesーsome are naturally quite effective but for limited periods, while others are stronger but irritating for children under three. 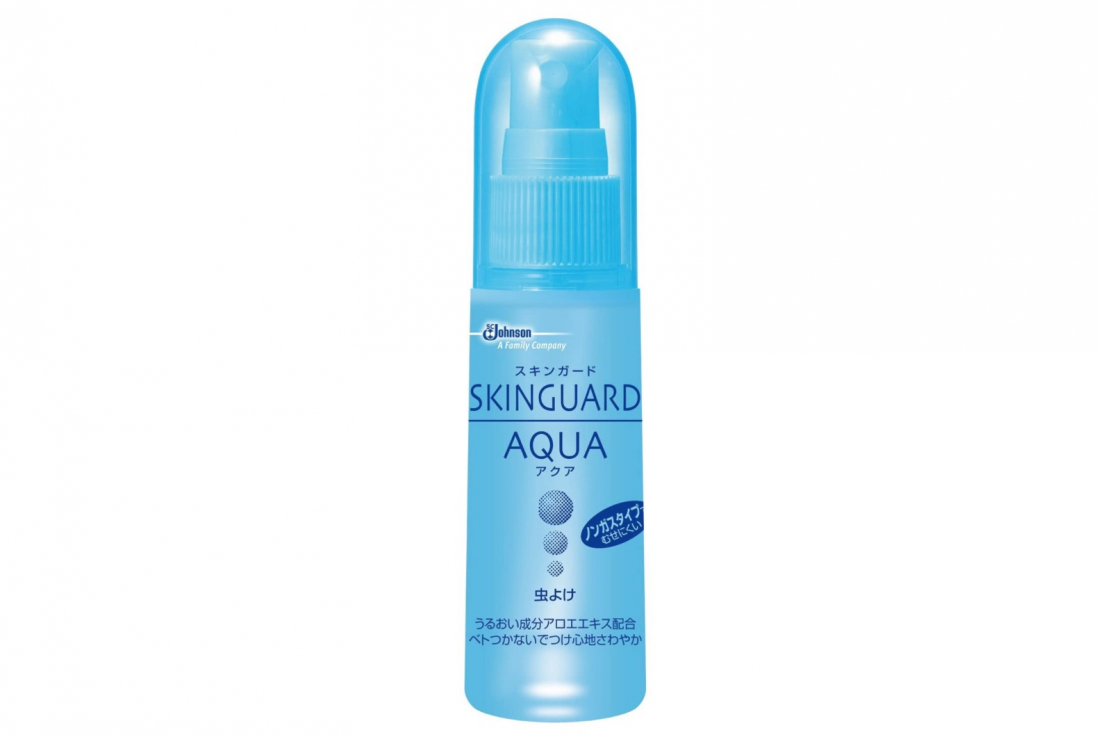 Portability is undeniably important, especially when it's a product you may need to reapply during the day (or forget to put on before you head out). The 50ml version of Johnson Skinguard Aqua is about the length of a smartphone, and since it's a non-aerosol spray under 100ml, it can even be left in your carry-on bag when boarding a plane within Japan. While the main repellent ingredient is DEET, it also contains aloe and mint, making the formula non-sticky and also refreshing in the summer. 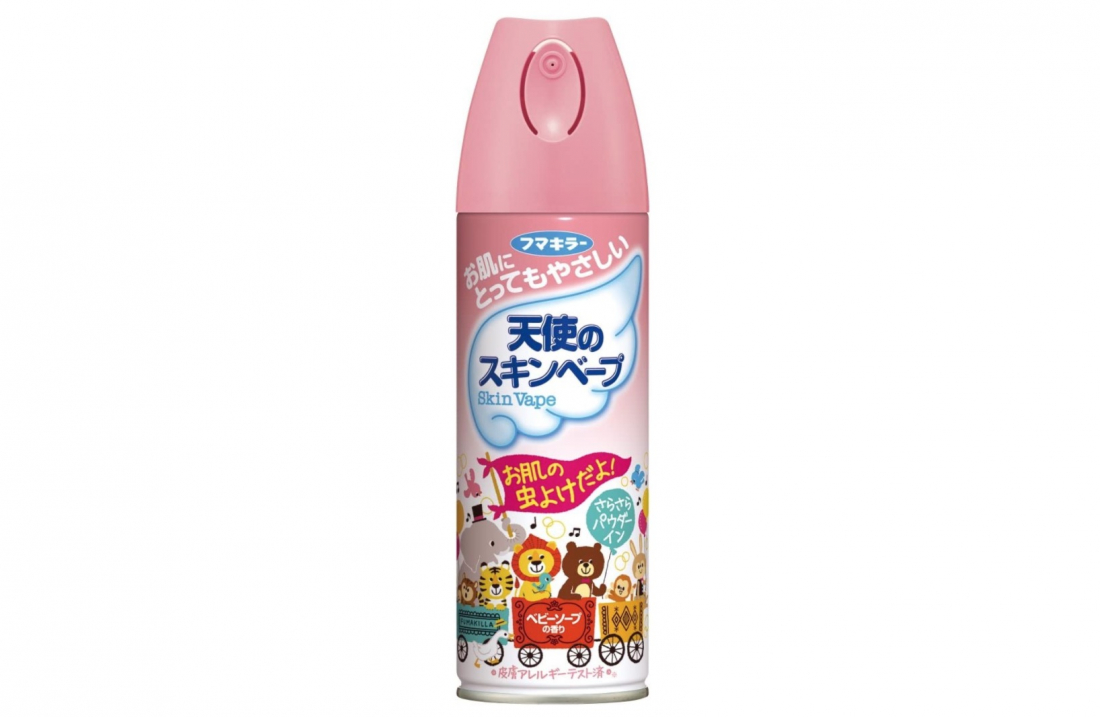 We already mentioned that Picaridin is easier on the skin than DEET and other repellents. Easy to spray, covered in pink and cute circus animals, and with a name that literally means "angel's skin vapor", it's no surprise this product marketed as "kid-friendly" uses Picaridin as the main ingredient. 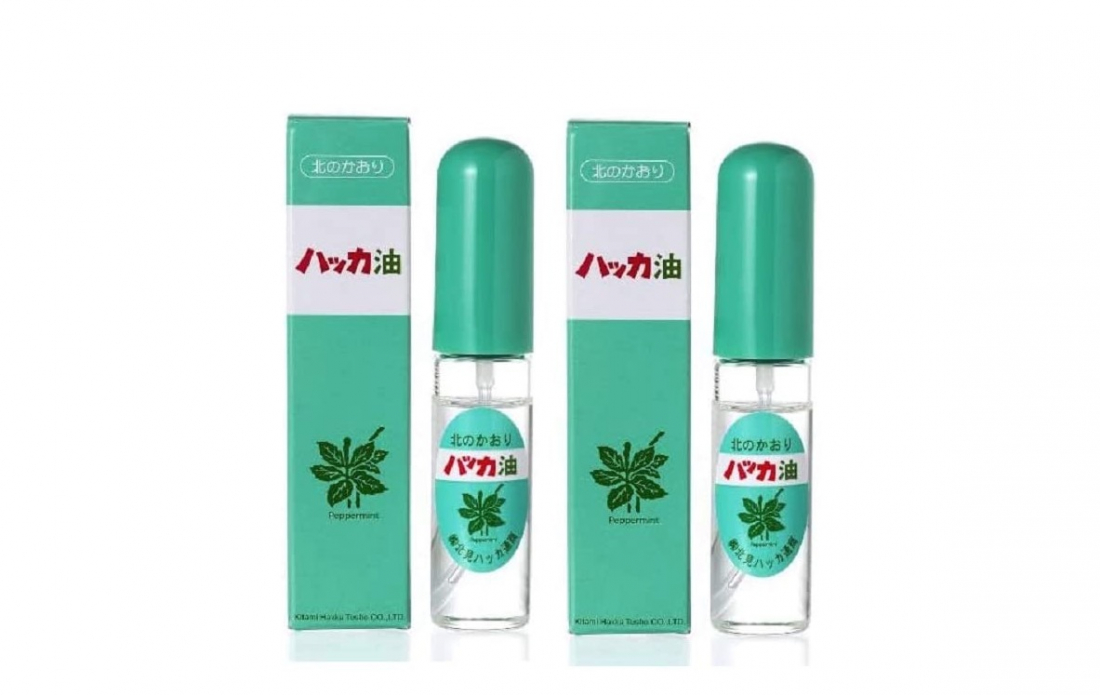 For those looking for a natural alternative, this bottle of traditional Japanese peppermint oil might be a good choice. While evidence shows that DEET and Picaridin do a more complete job of repelling bugs, peppermint oil is known to be effective, and Kitami even recommends you use there product for a host of different purposes: as an aromatic oil, added to a bath, mixed into a drink...

Often found within a "kayaributa" (蚊遣豚, pig-shaped burner), pyrethrum has been used as a natural insecticide for centuries, and even today you'll find people burning the anti-mosquito coils around Japan. These days other products have become standard, but the cute little pigs make for appealing souvenirs, whether you use them as burners or not. 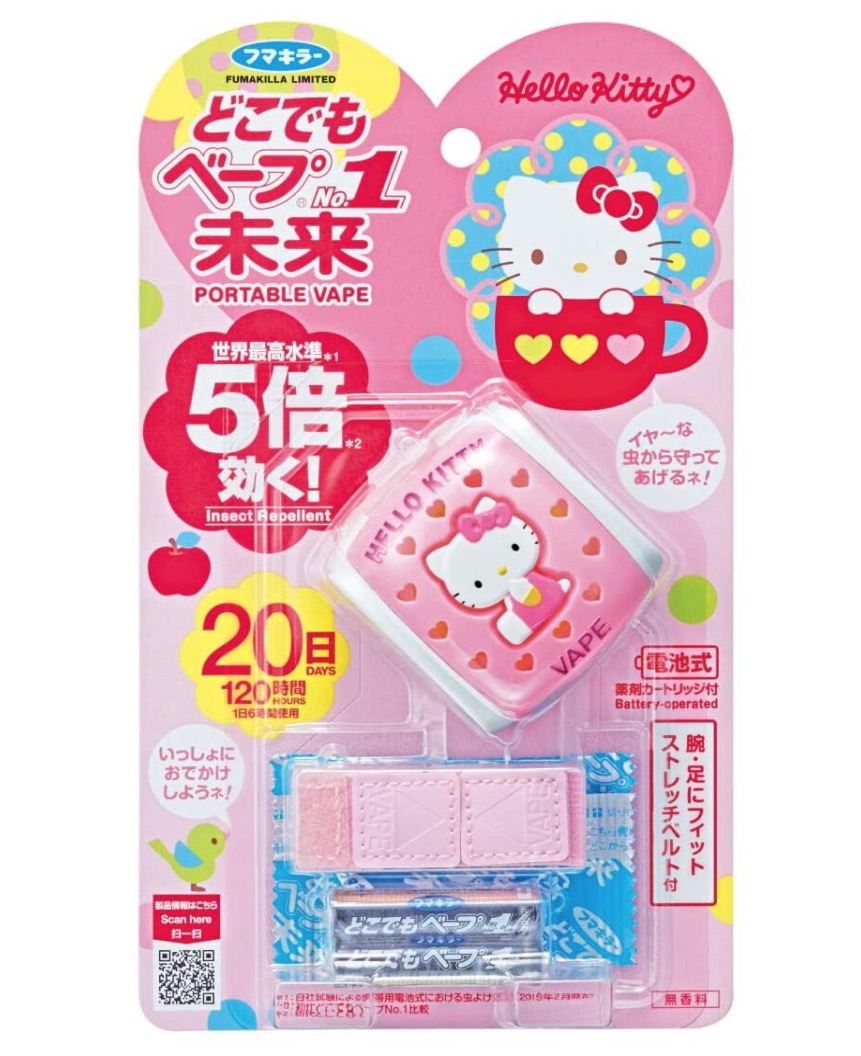 Not a fan of sprays, but still on the move and ready to go? This little gadget is like a portable mosquito coil that can be worn on the wrist or ankle, or even clipped on a bag. Very stylish, thanks to its Hello Kitty design. It's called a "vape" because it's vaporizing the mosquito coil ingredients, of course―don't try to breathe it in! 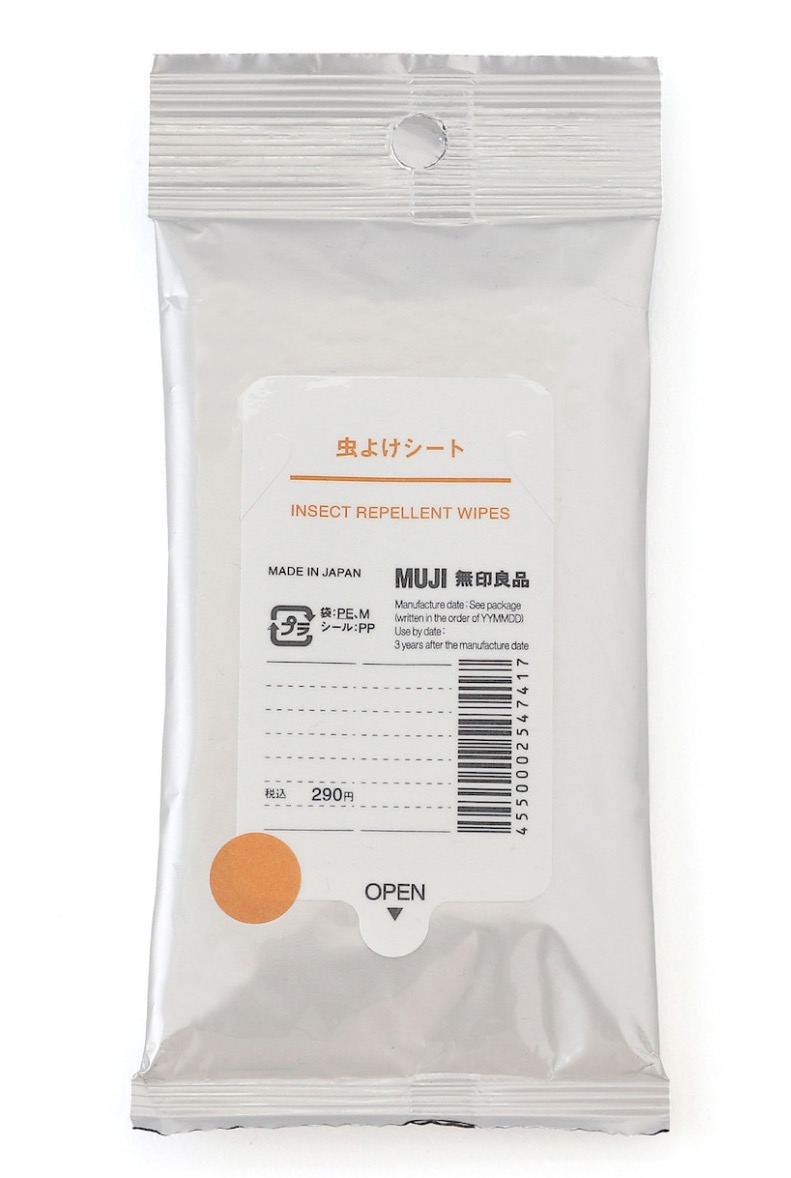 MUJI's series of wet wipes includes some fascinating products―a whole new world of wipes! These ones contain DEET to keep the mosquitos away, but the formula also has aloe, chamomile, and lavender, making them fairly appealing to swipe over any exposed limbs when the bugs attack. 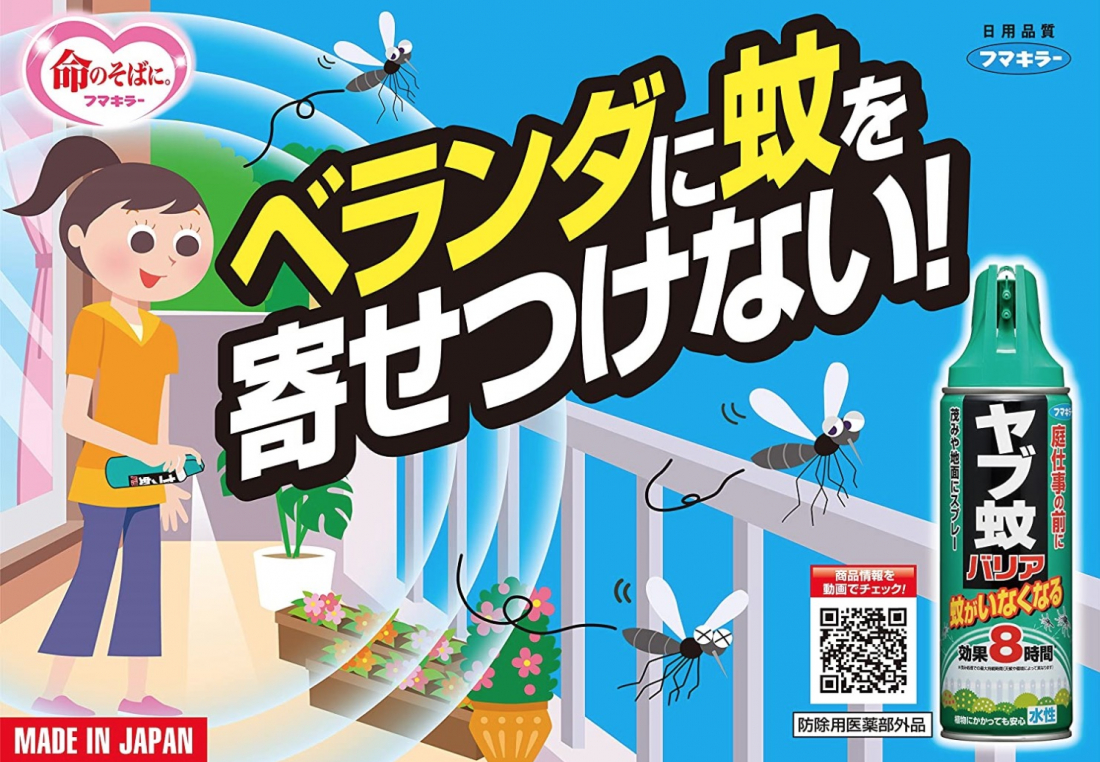 Made to be sprayed in a well-ventilated outdoor space and not on your body, this product claims to repel mosquitoes from the area for eight hours (without killing your plants!). Some members of the Japankuru team swear by this stuff. 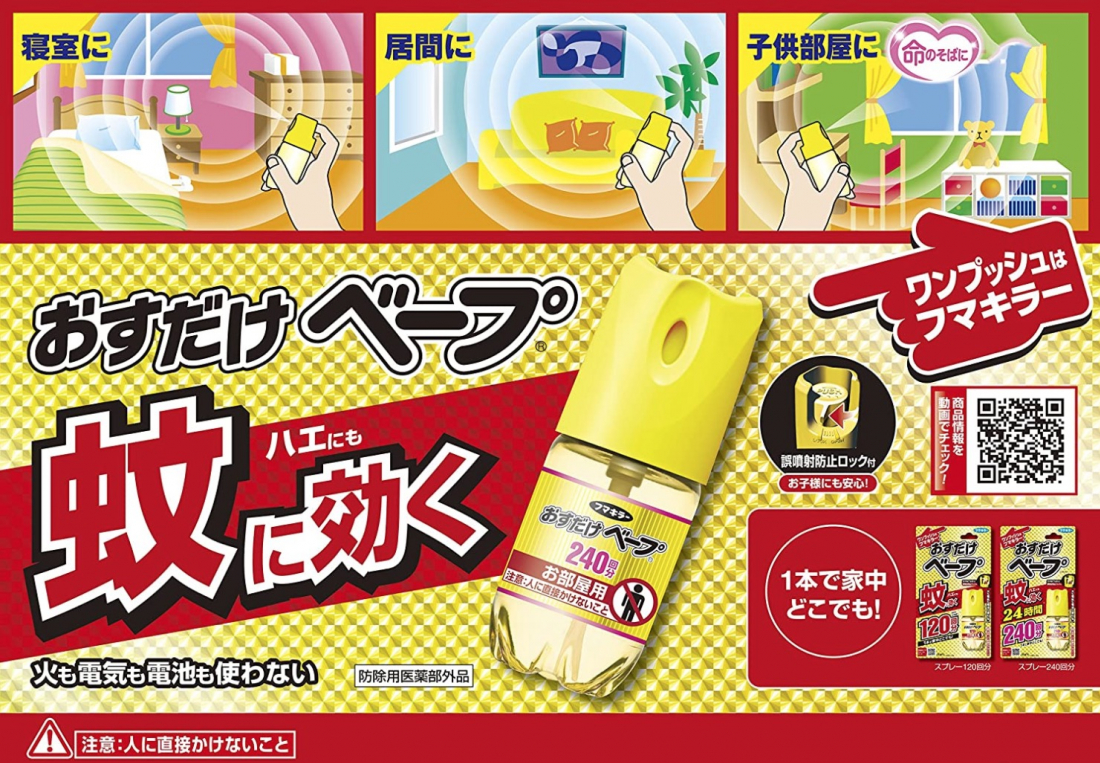 Window screens not doing a good job keeping the bugs out? This spray says it's safe enough to use in children's rooms, and just one spray will keep bugs out for 24 hours. Of course, even if it's safe to use indoors, you definitely should not breathe it in directly, so take care if you decide to spray it around the house.

Are these safe for kids?
According to Japan's Ministry of Health, Labour, and Welfare, while children under 12 should only use insect repellents under the supervision of adults, and infants under 6 months should avoid them altogether, common repellent products are safe for most children. Other authorities have recommended DEET percentages for use when it comes to children, all of the sprays above fall below those guidelines.

Are these safe to use while pregnant?
According to Japanese maternity magazine Maternity (マタニティ), insect repellent use (in accordance with the guidelines for each product) shouldn't be an issue, but checking in with a doctor beforehand is always a good idea!