Join Japankuru on a trip to this lesser-known JR EAST shinkansen station, in a part of Japan where exquisite craftsmanship meets modern artisan elegance. Find out more about the best local spots recommended by the JR EAST staff themselves! 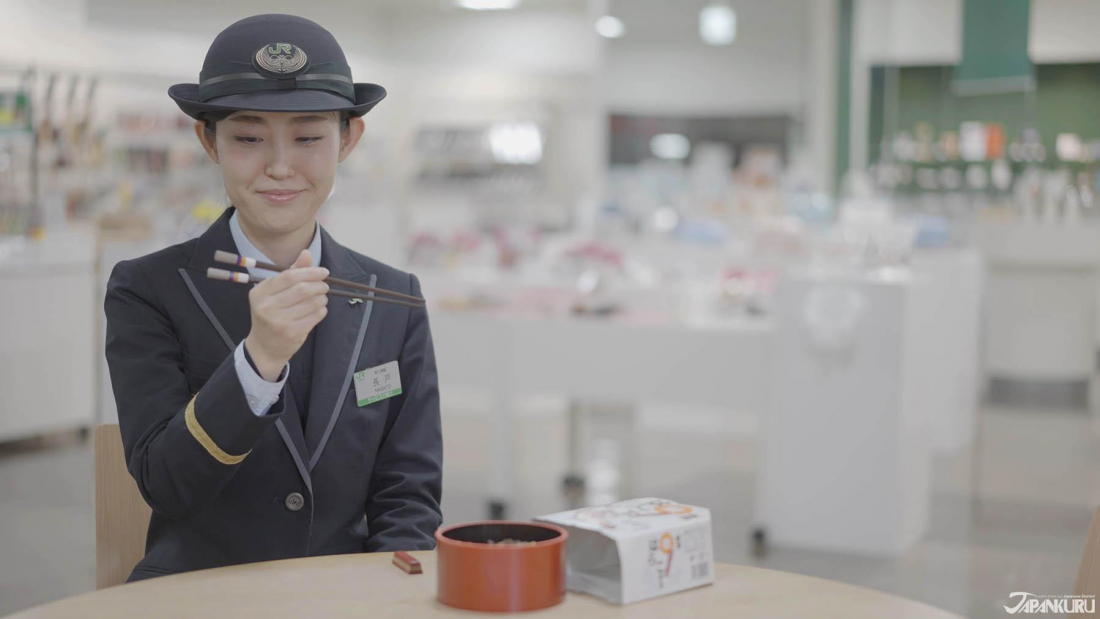 Ready to hop on the shinkansen and head into Japan's countryside? Tsubamesanjō Station is uniquely situated on the very border between two small cities in Niigata: Tsubame, and Sanjo. But these two cities share a common past full of artisans and handicrafts, and to this day the area is known as a travel destination thanks to the region's beautiful handmade items, factories that take advantage of both traditional methods and modern advancements, and unique opportunities for visitors to see it all for themselves. From beautiful wooden chopsticks and gently hand-beaten copper teapots, to carefully sharpened clippers and knives, the modern artisans both preserve and improve upon traditions in order to create Japanese masterpieces each and every day, and travelers who visit the "open factories" of Tsubame and Sanjo are treated to a chance to see how it's done!

As a stop on the JR EAST Jōetsu Shinkansen (bullet train), access to Tsubamesanjō Station is extremely convenient for anyone starting in or around Tokyo! Tsubamesanjō Station is one of a dozen along the train line, which starts from Tokyo Station and stops at Ueno before heading into Niigata Prefecture, and finally arriving in the Tsubame-Sanjo area!

The trip is a little under two hours, which makes this an ideal destination for a weekend away, or a little excursion using a rail pass. The "JR EAST PASS (Nagano, Niigata area)" is especially convenient when heading to Tsubame-Sanjo: for 18,000 yen (tax included), the pass lets you ride all the JR EAST trains you want for five days, including shinkansen and limited express trains, and even some JR buses. From Tokyo to Tsubamesanjō Station, tickets with reserved seats normally cost a little under 19,000 yen round trip, but using the pass means you can freely travel all over Niigata and Nagano during your trip. You don't have to be a short-term traveler in Japan, either. Foreign residents can use the pass too! 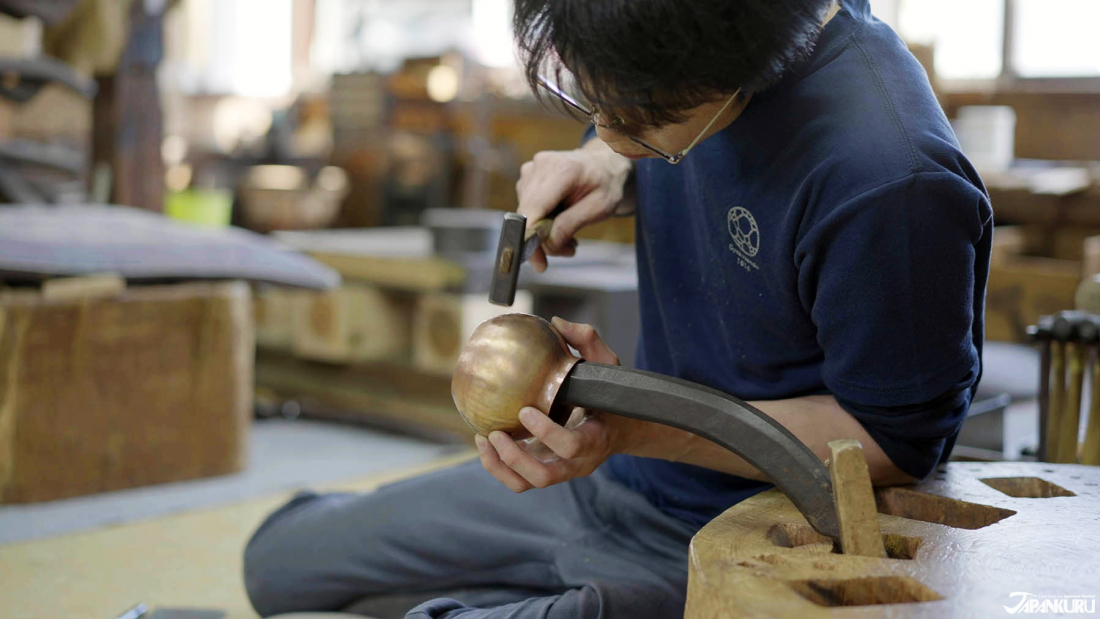 As a region of craftspeople, Tsubame and Sanjo are full of artisans making beautiful items using methods of all kinds, but perhaps no producer represents the area's traditional techniques better than Gyokusendo (玉川堂), where you can tour the workshop to see copper sheets artfully formed into shapely tea kettles. The Tsubame-Sanjo area has been known for metalworking since the beginning of the Edo period (1603-1868), and evidence shows us that locals on Mount Yahiko were mining copper and using it to make decorations for Shinto shrines by the year 1650. The particular method of hammered copperware used at Gyokusendo, called "tsuiki" (鎚起), was brought to the region from the city of Sendai in the late 1700s. After three generations of copper-working, the Tamagawa family finally established the Gyokusendo workshop in 1816. 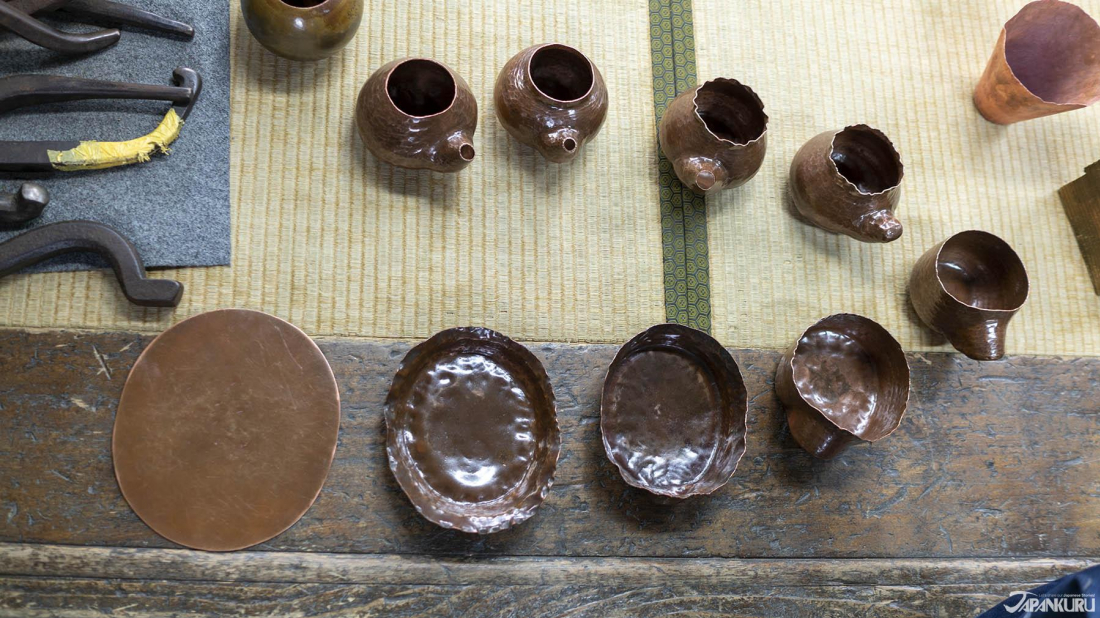 Throughout the 19th century, Gyokusendo evolved from making simple, everyday copper kettles and teapots, to the high-end artisan items they sell today, gaining recognition from the Japanese imperial family and finding popularity at World Expos along the way. Today, visitors will find Gyokusendo based out of a traditional Japanese building, with a small workshop where artisans spend the day gently tap-tap-tapping away at sheets of copper. Slowly but surely, the flat pieces of metal are rounded and sculpted using hammers, as the workers form elegant shapes and curved spouts seemingly out of nowhere. 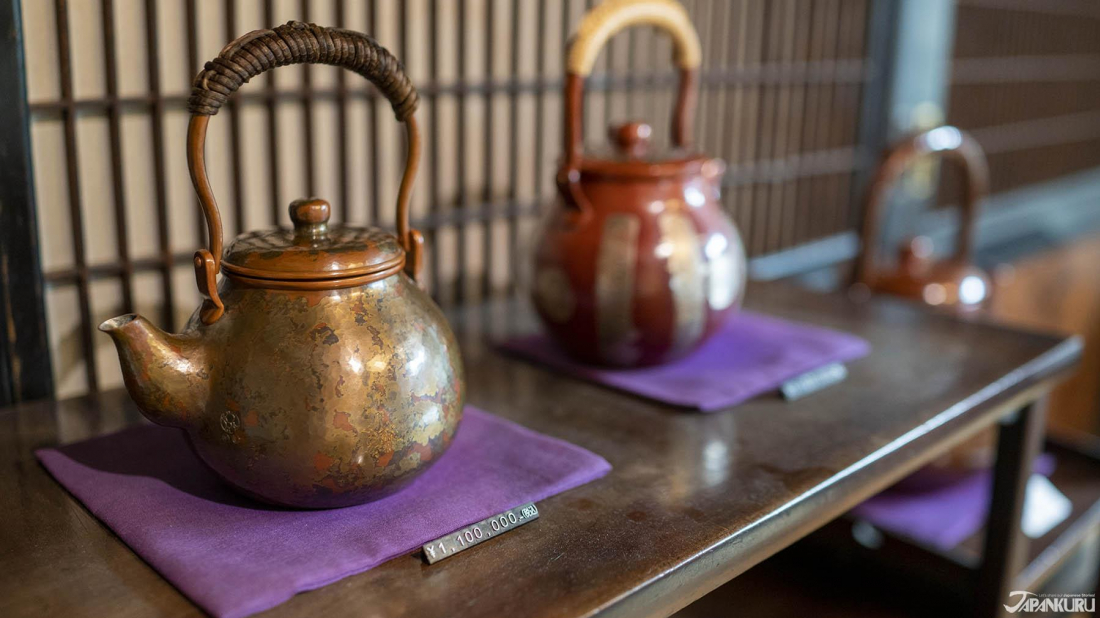 Gyokusendo makes and sells a number of different high-end items, including some interesting products produced in collaboration with other workshops around Japan (like copper and glass stemware), and has storefronts in places like Tokyo's ritzy Ginza neighborhood. Despite the high prices, staff say that their best-sellers are undoubtedly their big items like copper kettles and teapots, which might cost between 75,000 and 600,000 yen. But you can't put a price on this traditional workmanship! Whether you can afford to take a piece of tsuiki copperware home with you or not, though, a peek into Gyokusendo's workshop is worth seeing!


Gyokusendo (玉川堂)
2-2-21 Chuodori, Tsubame, Niigata
Official Website (en)
*If you're interested in learning about the workshop in English, try contacting Gyokusendo ahead of time to make sure you visit when their Canadian member of staff is around!

Suwada: Nail Clippers Made to Last a Lifetime 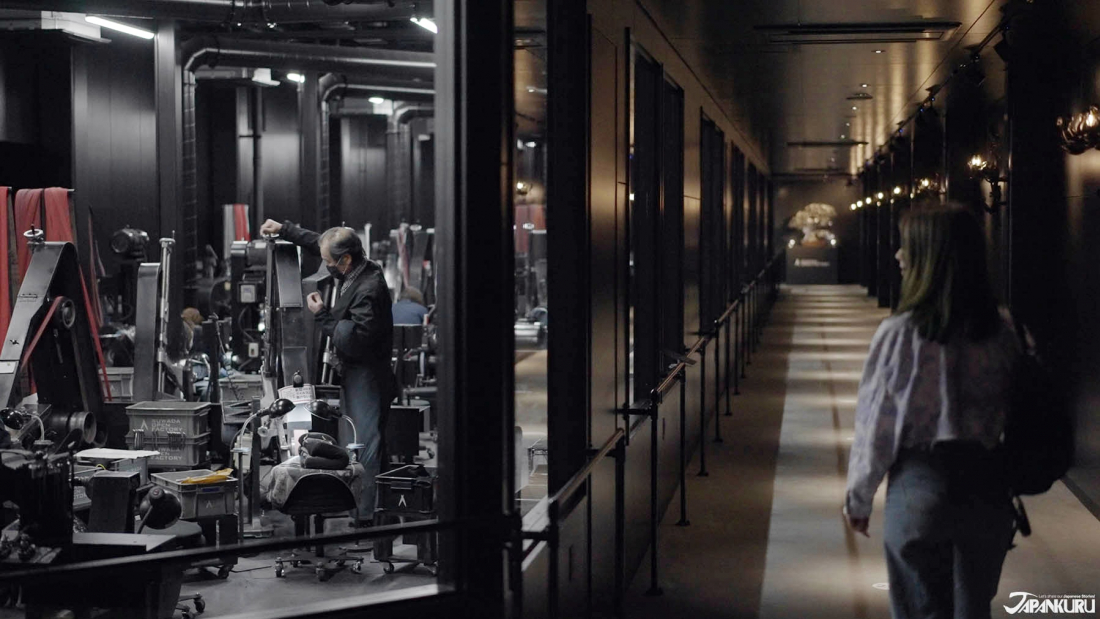 For a more modern take on the Tsubame-Sanjo region's crafting traditions, Suwada specializes in cutting tools, and the company is known for their nail clippers and bonsai shears. Founded in 1926, Suwada's facilities and their products have evolved with the times, and visitors to their modern "open factory" can see how things have changed, while the company still strives to maintain their artisanal attention to detail.

In Japan you can pick up some cheap, flimsy nail clippers at the 100-yen store, while Suwada's hand-crafted clippers cost thousands of yen. So when the current president took over the company as the third generation in this family-owned business, staff will tell you that he decided to show visitors exactly why Suwada nail clippers cost more, and why customers should make such an investment on a mundane, everyday product. In order to show off the workmanship that goes into making these high-quality nail clippers, Suwada opened their factory to the world, and visitors can now walk alongside the factory floor and watch the artisans at work, as they grind edges into sharpened perfection and carefully examine products with jeweler's loupes to make minute corrections. 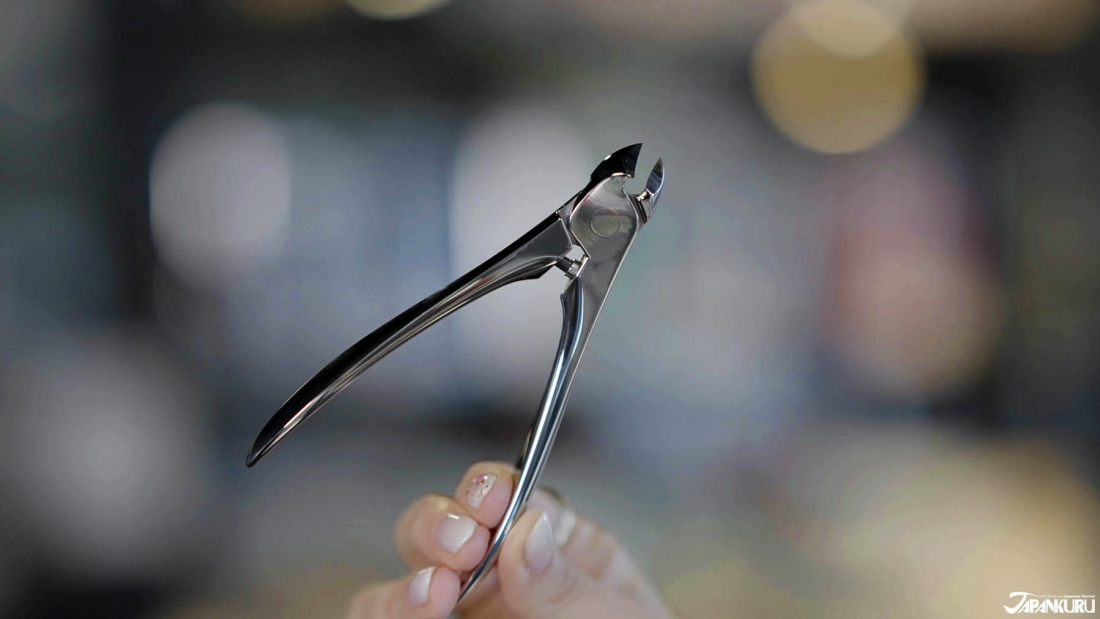 Apparently, when Suwada first started allowing factory tours, staff were nervous about having observers. But as time went on and they saw the awed and impressed looks on the visitors' faces, the factory workers began to take pride in showing off their work. Now, at least from a visitor's perspective, it seems like the craftspeople are too concentrated on their work to even notice!

Visiting the new Suwada open factory opened in 2020, not only can you see the factory floor in action, but you can also see some impressive metal art made with leftover steel! There's even a little Italian cafe, attached to the workers' cafeteria space, which serves some pretty tasty food. If visiting the factory convinces you to buy some extremely high-quality nail clippers for yourself at the factory shop (like so many members of the Japankuru team), they offer a wide variety in different sizes and metallic finishes. You can bring home some extra high-shine clippers, nail clippers made for babies or pets, kitchen gear, or even some bonsai shears for your house plants. 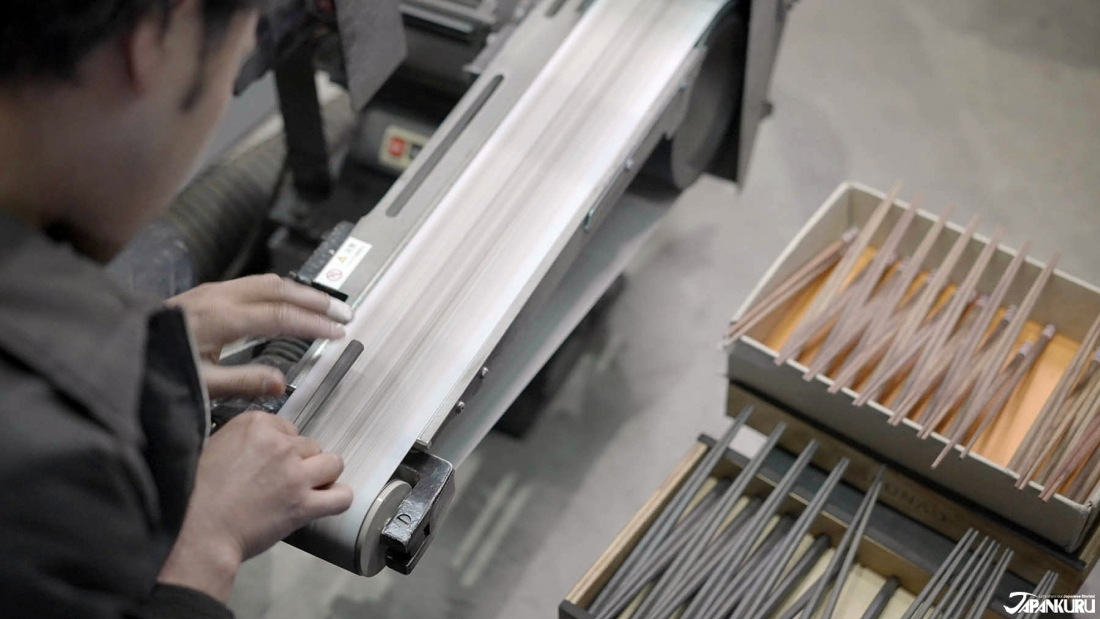 Similar to Gyokusendo, the history of Marunao has its roots in the construction of Shinto shrines. Founder Naoyoshi Fukuda started his business in 1939 by hand-carving elaborate "pull-along inkpots," which were vital tools in the construction of traditional Japanese buildings. Of course, Marunao has also changed with the times. As traditional construction techniques fell out of common use, the company began to produce a variety of wooden items over the years, before finally finding a niche in the early 2000s, making chopsticks by hand.

Now, Marunao's open factory is sandwiched between a bamboo grove and wide-open fields, and visitors can see huge shipping containers of exotic woods in the parking lot before even going inside. The factory itself is cozy and compact, but the little windowed room that looks in on it is like a mini-museum, with signs all along the wall explaining Marunao's history, their methods, and more. Peeking into the workroom, you can see artisans using high-density wood (like ebony, rosewood, or even "snakewood" from Suriname) and engineered marble, and carefully shaping the rough chunks of material into aesthetically pleasing chopstick shapes, with elegantly pointed tips as thin as 1.5 mm (1/16"). 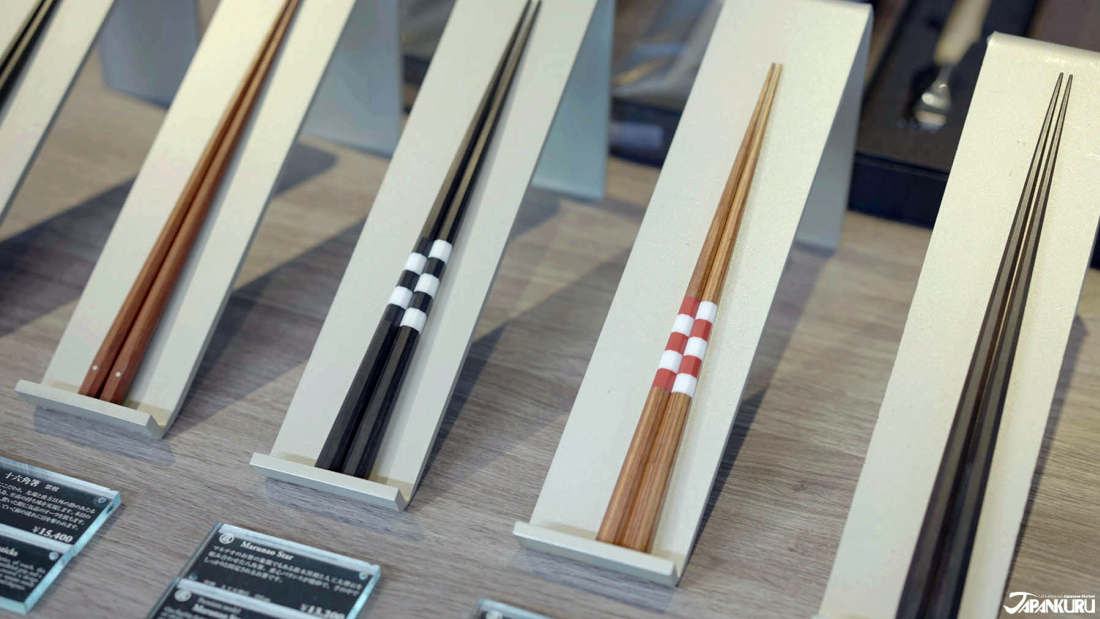 The factory shop next door feels like a luxury boutique, which is only fitting for a high-end manufacturer with a storefront in Paris and a history of partnering with French fashion houses. Marunao is evidently quite popular in the worlds of both haute couture and haute cuisine, and their chopsticks are used at some fairly luxe restaurants around the world, for Japanese food and French food alike. Chat with the staff while you admire the chopsticks and other wooden goods, and you might even hear some rumors of Hollywood's rich and famous dropping in to pick up a pair or two of Marunao's more expensive chopstick sets, which go for upwards of 100,000 yen. Seeing the artisans transform little rods of wood into these beautiful but practical eating utensils, being used around the world, is certainly worth a visit. 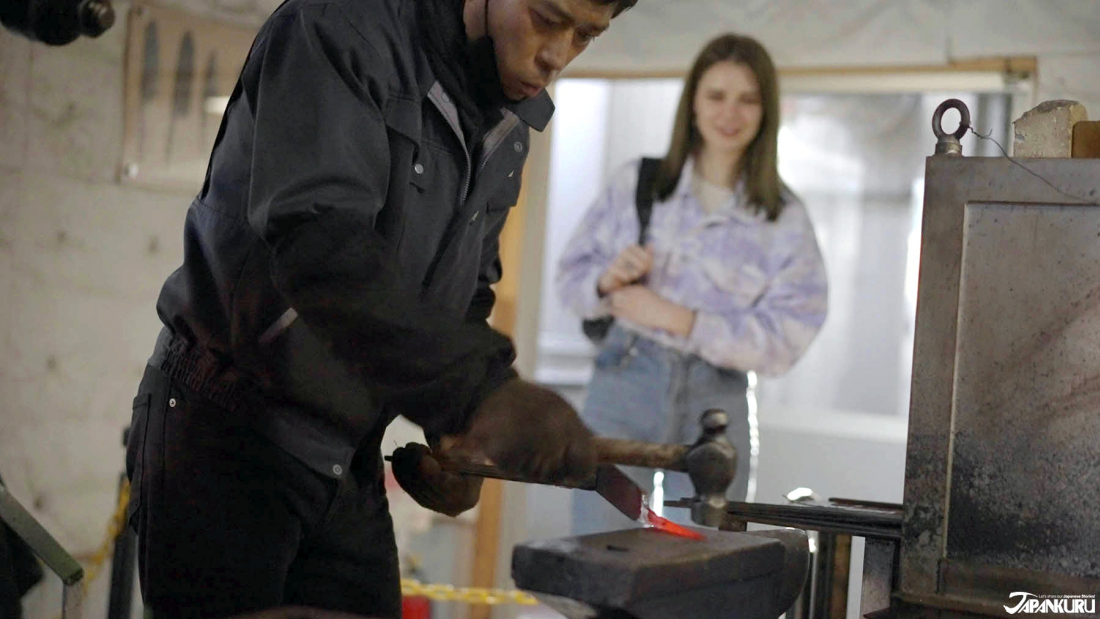 Tojiro may be the youngest company of these four, but it's no recent addition to the city of Tsubame, either. Tojiro's history reaches back to postwar Japan, when the company actually began by manufacturing machines used in the farming industry. After a couple years of this, Tojiro began to search for products they could make and sell during the cold winter months when demand for farming gear was down, and in the end, they landed on knives. Over the years, as the second generation took over this family business (the third generation now works on the factory floor), Tojiro has become known for making the kind of high-quality kitchen knives favored by professional chefs.

Part of the fun of visiting Tojiro's open factory and touring the different buildings, is that the company makes knives using both traditional techniques and more modern methods. After looking in on one of the large modern factory rooms, where industrial machines help the workers to stamp out knives and sharpen the blades, you can also visit Tojiro's smaller workshop where handcrafted knives are still slowly hammered into shape, heated, and hammered some more. 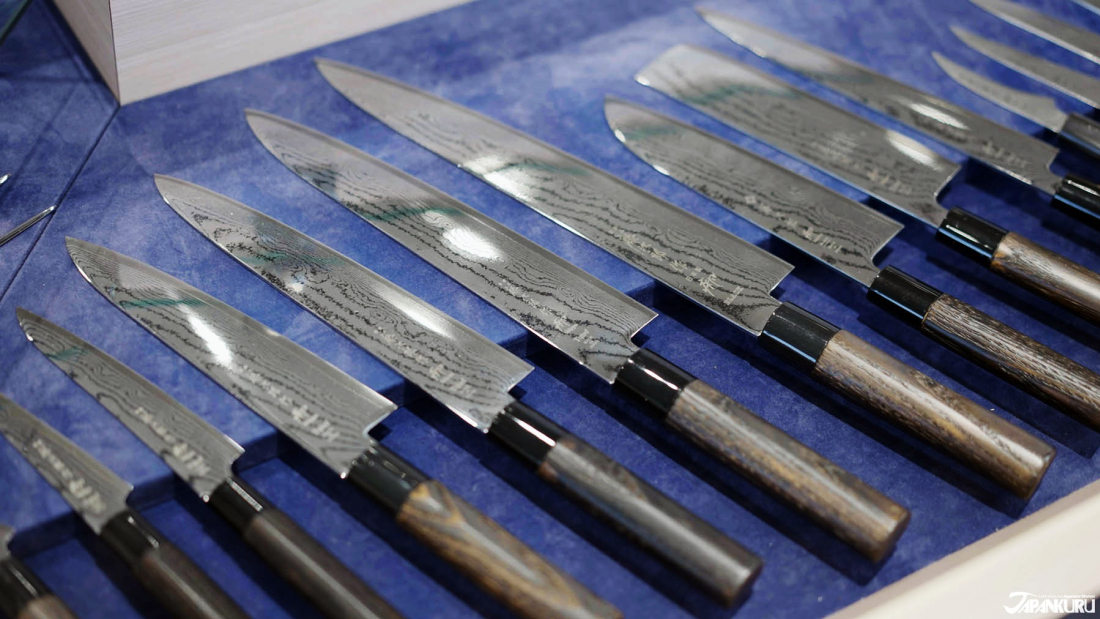 Looking to bring a new kitchen knife home with you? Unsurprisingly, the staff at the Tojiro factory knife shop are experts in the hundreds of different knives they sell, and they're happy to patiently answer any question you might have about the many blades. Tojiro makes standard Japanese cooking knives and slimmer Western-style chef's knives, but also knives in unusual shapes and sizes you might never have seen before. It's easy to be tempted by the impressively long, rectangular sashimi knives, and some of us on the Japankuru team ended up wavering between the different santoku knife handles for half an hour. Even if you're not planning to make any purchases, it's fascinating just to see everything on offer. 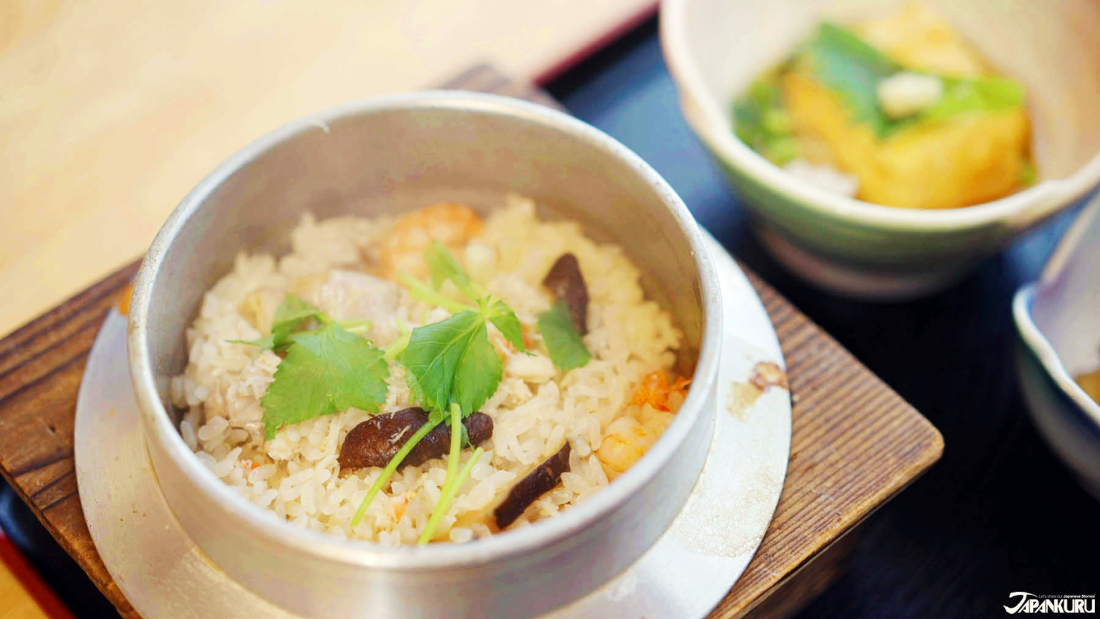 Got a new pair of Marunao chopsticks you're dying to try out? Or maybe you're just hungry after a day full of factory tours? We recommend grabbing a bite to eat at Shogetsu, a nearby restaurant specializing in kamameshi (釜飯), a local favorite. Kamameshi is rice cooked in a small metal pot with morsels of meat, vegetables, and simple Japanese flavors like soy sauce or dashi. It all ends up tasting a little reminiscent of fried rice, without all the frying. Shogetsu makes some particularly savory and flavorful kamameshi, and the most popular variety is "gomoku" (五目), which comes mixed with chicken, crab, shrimp, shiitake mushrooms, and bamboo shoots.

A Region of Hand-Crafted Traditions 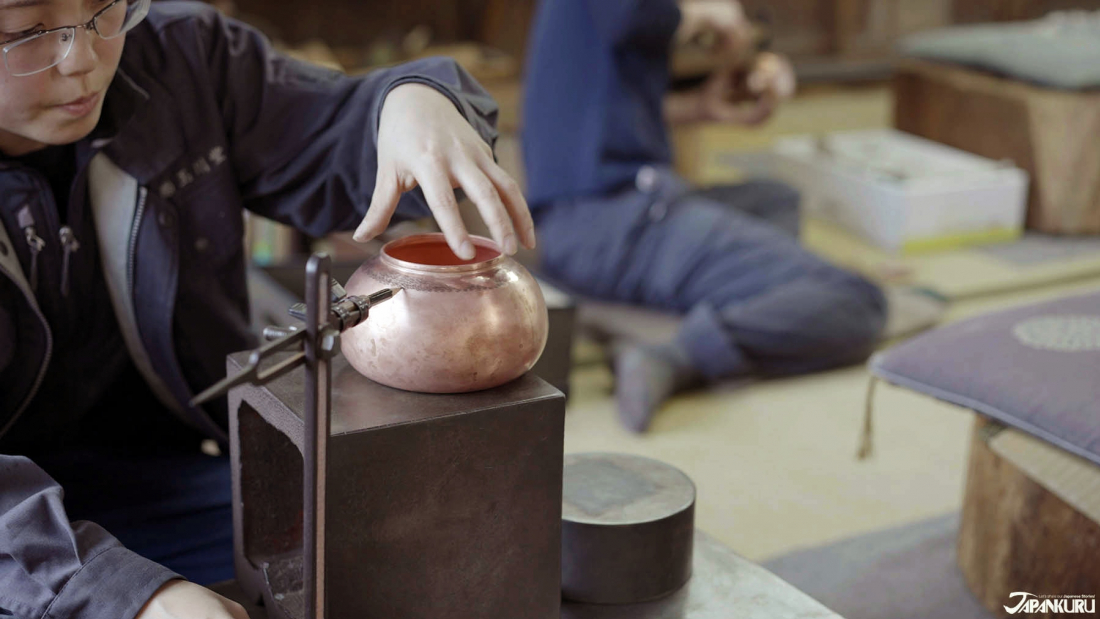 Using centuries-old techniques or modern technology, the artisans and manufacturers of Tsubame-Sanjo are bringing the material culture of Japan to the rest of the world, and by visiting the open factories, you can see it all before your very eyes. Whether you love traditional Japanese culture, artisan crafts, or just exploring brand new parts of Japan's countryside, we recommend you make your way onto the shinkansen, and take a trip to Tsubame-Sanjo!
▲ See the cities brought to life in our Tsubame-Sanjo video!