After months with everybody staying home, Japan is starting to open back up, and hydrangea viewing is the perfect activity to start the summer!
Hydrangea Viewing in Japan 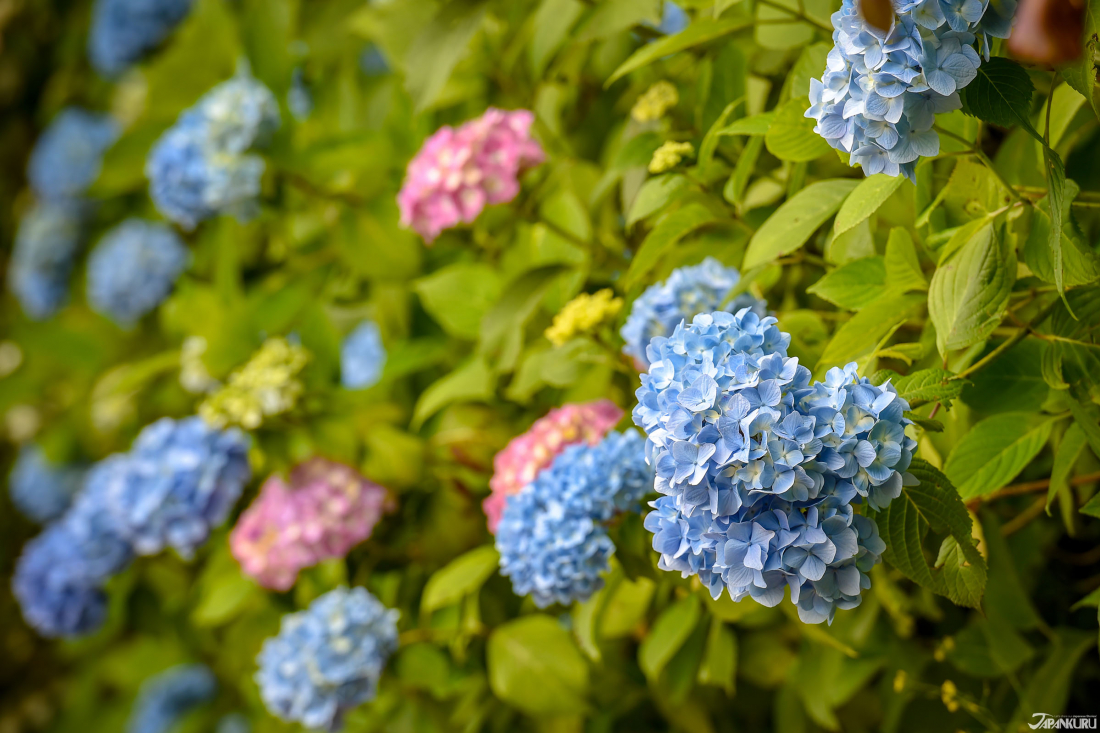 Anyone who's spent any time researching a trip to Japan knows that the country has a long-lived tradition of flower viewing, but unless you've spent a lot of time in Japan throughout the year, there's a good chance you only know about cherry blossom viewing. While late cherry blossoms flow through the air of Japan and cherry blossom viewing dominates the sightseeing industry every March and April, the pink blossoms are far from the only flowers to draw attention in Japan! April and May bring azaleas, wisteria, and nemophila flowers to the land of the rising sun, before one of our favorites blooms every June: hydrangeas!

While the world is still fighting its way through the COVID-19 pandemic, Japan is slowly starting to return to normal life, and an outdoor trip to see the flowers is the perfect way to get out of the house while still maintaining social distancing! So we have a few recommendations for the best areas to check out hydrangeas in Japan, and conveniently, they all happen to be hydrangea spots easily accessible from Tokyo.
Hydrangea Area #1 - Hakone 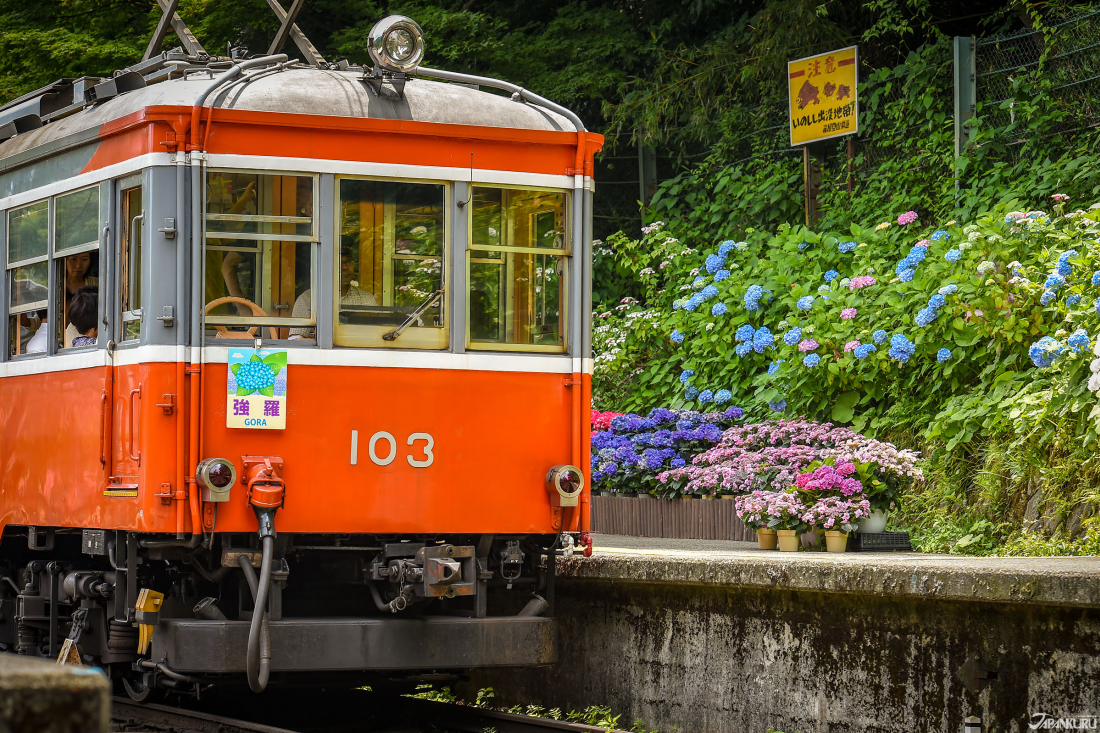 An hour or so south of Tokyo, Hakone is known as a resort town and a popular rural escape for city dwellers. Early every summer, the Hakone Tozan train line receives a boom in popularity, as it becomes Hakone's defacto "hydrangea train"! The tracks climb the local mountainside, and as the train wends its way up, hydrangeas (called ajisai/紫陽花 in Japanese) blooming on all sides make for a unique summer attraction. While social distancing might make a trip in the hydrangea train a little ill-advised, the paths through the hills are a great substitute, giving you a closer view of the flowers, too.

Hakone is most famous for its onsen (hot springs/温泉) which are a joy to visit year-round, so stop by and take a dip in the steaming waters after a day hiking through the hydrangeas! 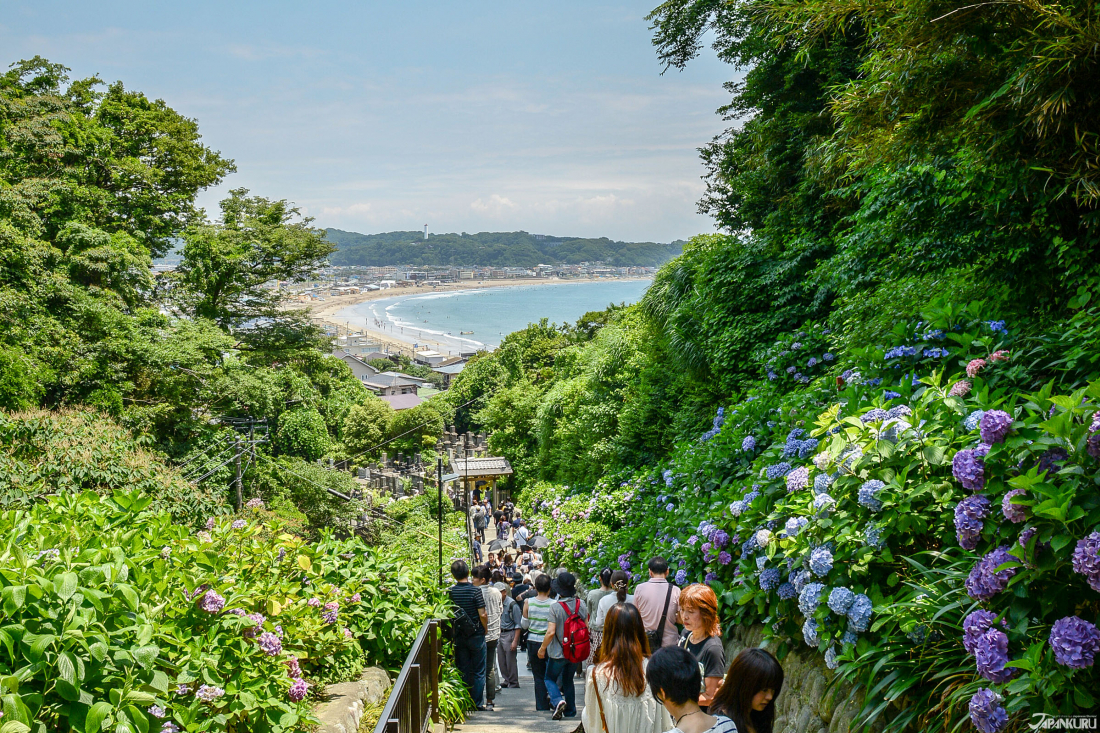 A little closer to Tokyo, but also south of the city, is Enoshima Island. This little island, and nearby Kamakura on the mainland, are known for lovely beaches, a great aquarium, quite a few cats, and some great hydrangeas. Admire the flowers as you climb towards the center of the island, and you'll be rewarded with some great views of the hydrangeas with the picturesque beach in the background! 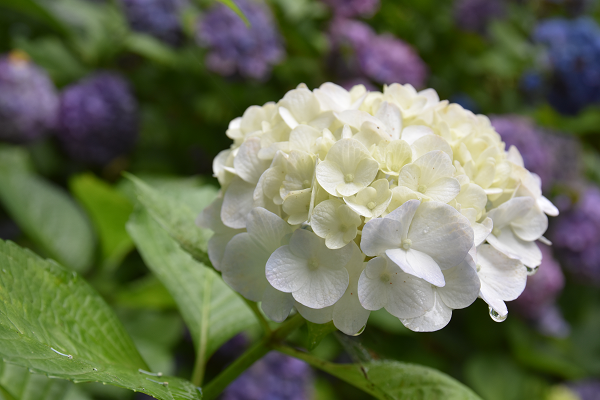 While you're there, Hasedera Temple (長谷寺) is a popular destination on the mainland, particularly known for the hydrangeas on the temple grounds!

Most years, Tokyo is filled with hydrangea festivals from late May through June, with flower viewing events held especially at shrines and temples throughout the city. This year, for very understandable reasons, many of the more popular hydrangea events are canceled to avoid the crowds. But not all! There are still places to enjoy hydrangeas out in the open air within the Tokyo city limits in 2020.

One of those is Toshimaen amusement park, seen above. It's the last chance to enjoy the park's popular hydrangea garden before Toshimaen closes for good this year and (probably) gets turned into a Harry Potter theme park, so if you ever want to see the lovely hydrangea-lined paths, now's the time!

While the Iki Iki Ajisai hydrangea festival at Tokyo's Chokokuji Temple (長國寺) isn't quite going all out like it does most years, the temple grounds will still play host to its yearly display of impressive potted hydrangea plants this year as always. A huge variety of hydrangeas are exhibited at Chokokuji every June, including 100 rare and unique types and colors, making it a totally different experience from many of Japan's other hydrangea spots.

Where Are You Heading This Summer? 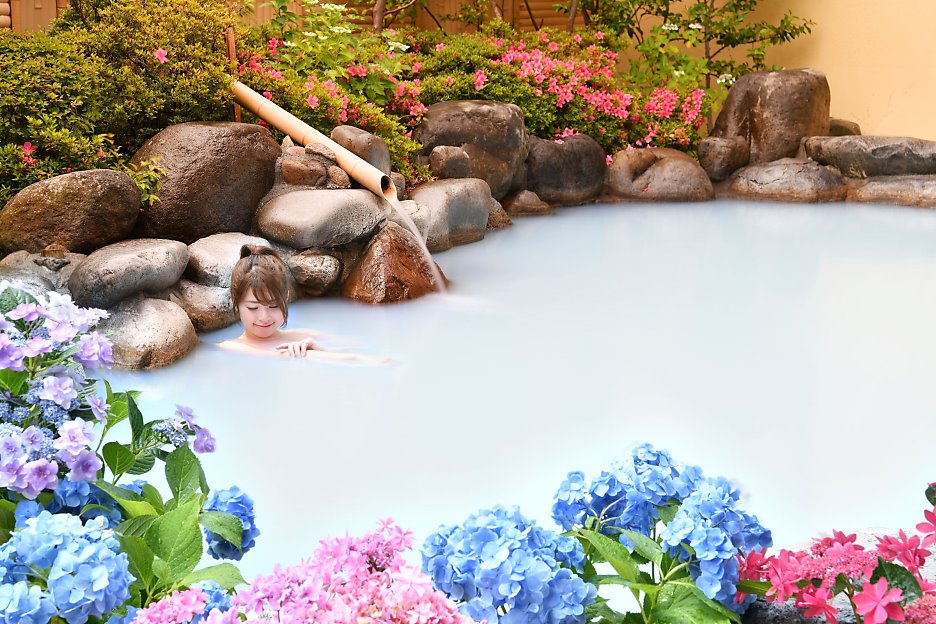